How To Maximize Two Hours At The Climbing Gym 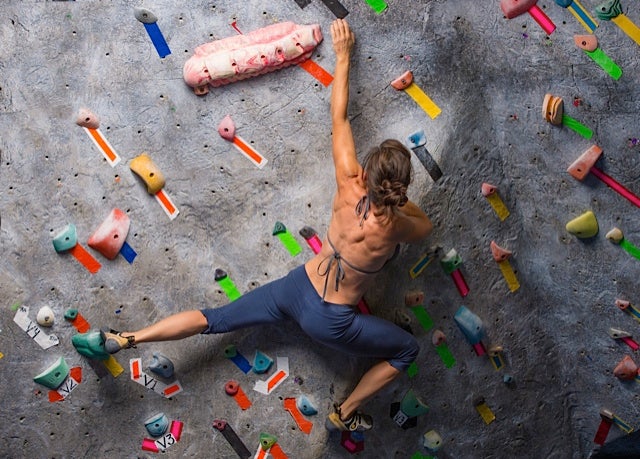 On a recent Tuesday morning, I had a climbing "date" with another parent who works. We both are trying to get in some mileage before we head up to Yosemite in the coming months. But we both dropped off kids at school around 8:15 a.m. and had business appointments to tend to by 11 a.m.

We’re both at the gym by 9 a.m. and harnessed up and climbing by 9:05. Both of us have climbed with other people at the gym, and know that a typical two-hour session at the gym for most people equates to about 30 to 40 minutes of climbing, the rest being chatting, stalling and generally dodging around the act of actually climbing. It was a joy to spend the two hours with Julie, however, as we both wanted the same thing: maximum vertical footage in our two hours of climbing.

One thing we knew this meant is that we'd have to get in at least two—if not four—routes climbed for each time we tied in. Second, we never would wait in line for a specific climb, always opting for climbing ANY route over waiting for a specific route.

We were still able to chat the whole time, and certainly filled the silence with plenty of talking about politics, kid/parent updates, weather, future adventure plans and drama in the community. We both giggled at the people who were talking at the base of the wall as if they couldn't talk while climbing or belaying. Really!

We figured most gym visitors get in about five or, at best 10 routes in a two-hour window. We got in 27 different routes each. Not quite an El Capitan day of climbing, but a good bit of climbing. 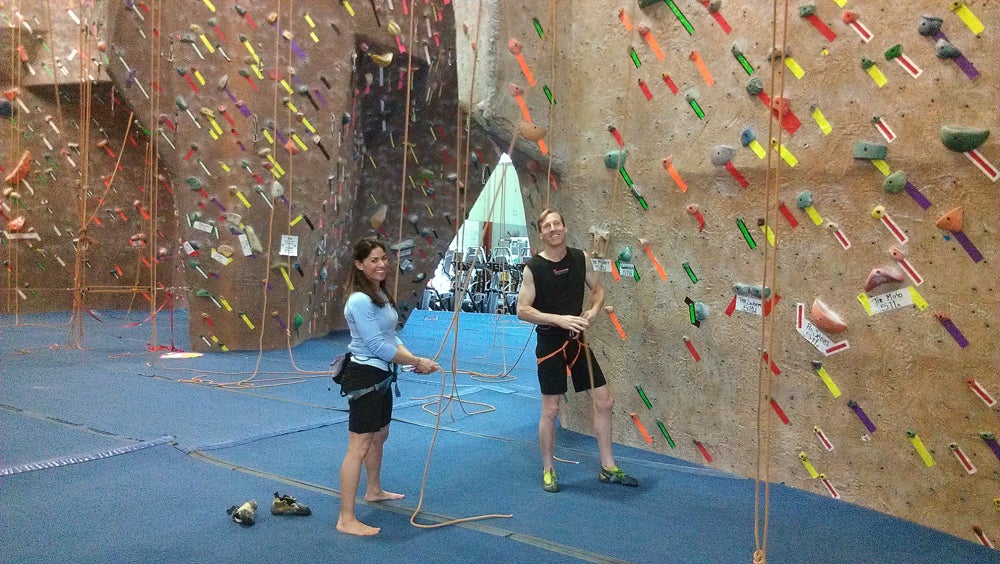 I'm big into measuring how long things take to do. If you can measure something, you can monitor, manage, motivate and manifest a change. I measure how many routes I can do in two hours, at the gym, at the crag, wherever. I try to improve on my previous best, or at least use the knowledge to decide when and where I can fit in a climbing session.

I measure how long it takes to get from my driveway to El Capitan Meadow. With a gas and donut stop, it's three hours and nine minutes. If I want to meet someone in El Capitan meadow for a 6:30 a.m. start, I need to wake up at 3:09 a.m. and turn the key in my car by 3:21 a.m. I can typically do a 10-pitch free climbing route in less than five hours, so I know I can go for a day trip from my suburb home to Yosemite and back in the same day.

TA-DA! No more excuses when I've "only got one day off."