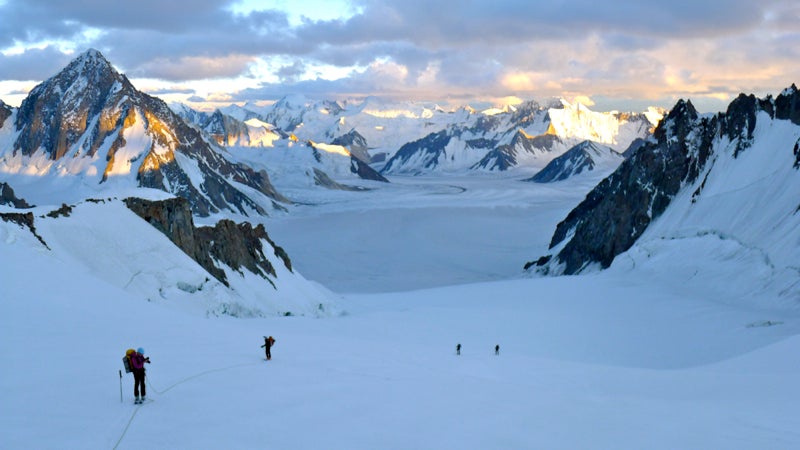 April 30, 2014  Chamonix, France. At 5 a.m. I startled awake to a loud, continuous clatter, which, in my dream-like state sounded like rockfall. But when I opened my eyes I was relieved to see it was Sheldon, just feet away from me dumping the entire contents of a dresser drawer into her ski bag. I watched in awe and confusion as a month’s worth of stuff—maps, coins, ski tools, small electronics and clothing—were frantically poured away with abandon.

“What's going on?” I asked. “My shuttle leaves in 30 minutes, I'm packing,” she responded.

Well, that's one way to do it, I remember thinking. 18 hours later, I got a text from Sheldon: “Made it to Colorado. Car keys did not. They were in my ski bag, which never arrived. Now I'm stuck at the airport with no way to get home.”

Like anything, packing for a backcountry ski trip is perfected with every new adventure. With major back-to-back ski expeditions on my horizon and countless ski trips in my past, I've finally—but not without some failure—figured out some good packing strategies.

Get a good ski bag. Ski bags are expensive, but so are your skis. Look for a bag that's made with super durable fabrics, has good padding, is long enough and has well-sewn handles. Whether your trip involves one or two pairs of skis, get a bag big enough for two. Wheeled ski bags are really the best thing going, but they're heavy, so if you're going to be close to the 50-pound airline weight limit, this is worth thinking about.

And then pack it well. After some trial and error, I've discovered a few good ski bag packing tactics. Start by laying your skis on edge with the bases pressed against the side walls and the bindings in tour mode. This protects the bindings, creates a rigid structure and opens lots of space in the  middle for everything else.  The remainder of the space is then used for my technical gear and sharp things: poles, skins, crampons, ax, snow saw, shovel, probe, repair kit, helmet, harness and possibly a second set of skis, which can go in base-to-base). Then I fill the gaps and pad everything out with durable clothing like soft and/or hard shell pants, jackets, socks, and gloves.

Get a good duffel and some stuff sacks. I'm not the most organized person out there, but stuff sacks are a great way to compress and arrange soft items like puffy jackets, layers, and street wear. Additionally, you'll want a good duffel; look for one in the 90-150 liter range with very durable laminate or canvas-like fabric, compression straps, and hauling handles on the ends and sides. Again, wheeled is great, but adds a lot of extra weight and isn't as practical if you'll be using your duffel on a sled, a yak, a horse or a porter in the high mountains.

Aside from clothing, my duffel also carries my ski boots (don't carry those things in the cabin of  the plane—nobody wants your smelly boots near them!), camping gear if it's an expedition-style trip, and general miscellaneous travel items.

Invest in a portable luggage scale. In my early days of travel when I wasn't aware of the 50-pound airline baggage weight limit, I was once unexpectedly charged $800 in overweight fees. Big expeditions often require forking over a lot of money for extra or overweight bags, but if you're headed out on a more standard backcountry trip, avoid a big shock like this (and a big  charge on your credit card) by spending $20 on a portable luggage scale. 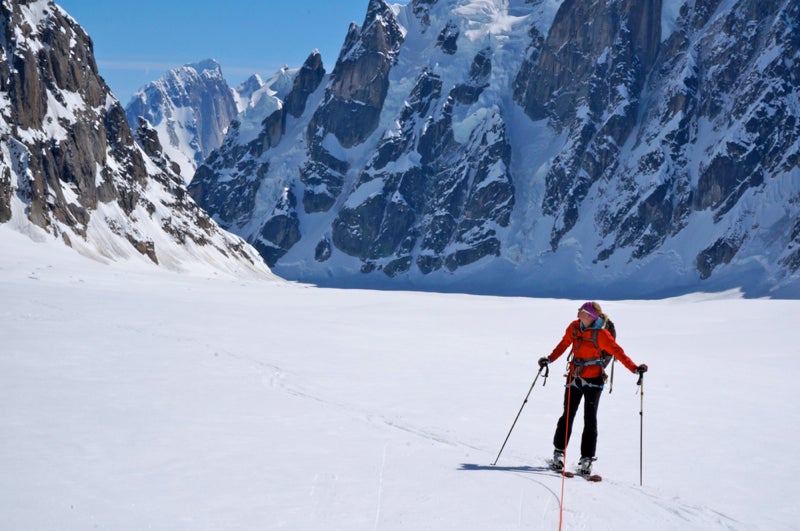 Load up your carry-on bag. Despite my best efforts to pack lightly and efficiently for ski trips, I rarely end up under weight. And since carry-on is limited only to size not weight, I'll load my 40-liter or less ski touring pack with the heaviest, most dense items possible. This includes rope*, hardware such as carabiners and cams if ski mountaineering, small electronics like my camera, transceiver, GPS, batteries, guidebooks, and food. Last year I carried 5 pounds of quinoa and close to 10 pounds of bars in my carry-on.

But don’t forget, if your carry-on is super heavy, like 50 pounds, remember that you'll need to be strong enough to casually lift this above your head and  stuff it  into an overhead bin while a huge line of people wait impatiently to get to their seats.

*Save for one occasion while traveling in Asia, TSA doesn't seem to care about rope in your carry-on bag. But on that particular occasion, we nearly had our rope confiscated, which would have significantly complicated our climbing trip. Fortunately, a lot of begging and some tears (generally not recommended) were all it took to guilt TSA into letting us keep our brand new, pink rope.