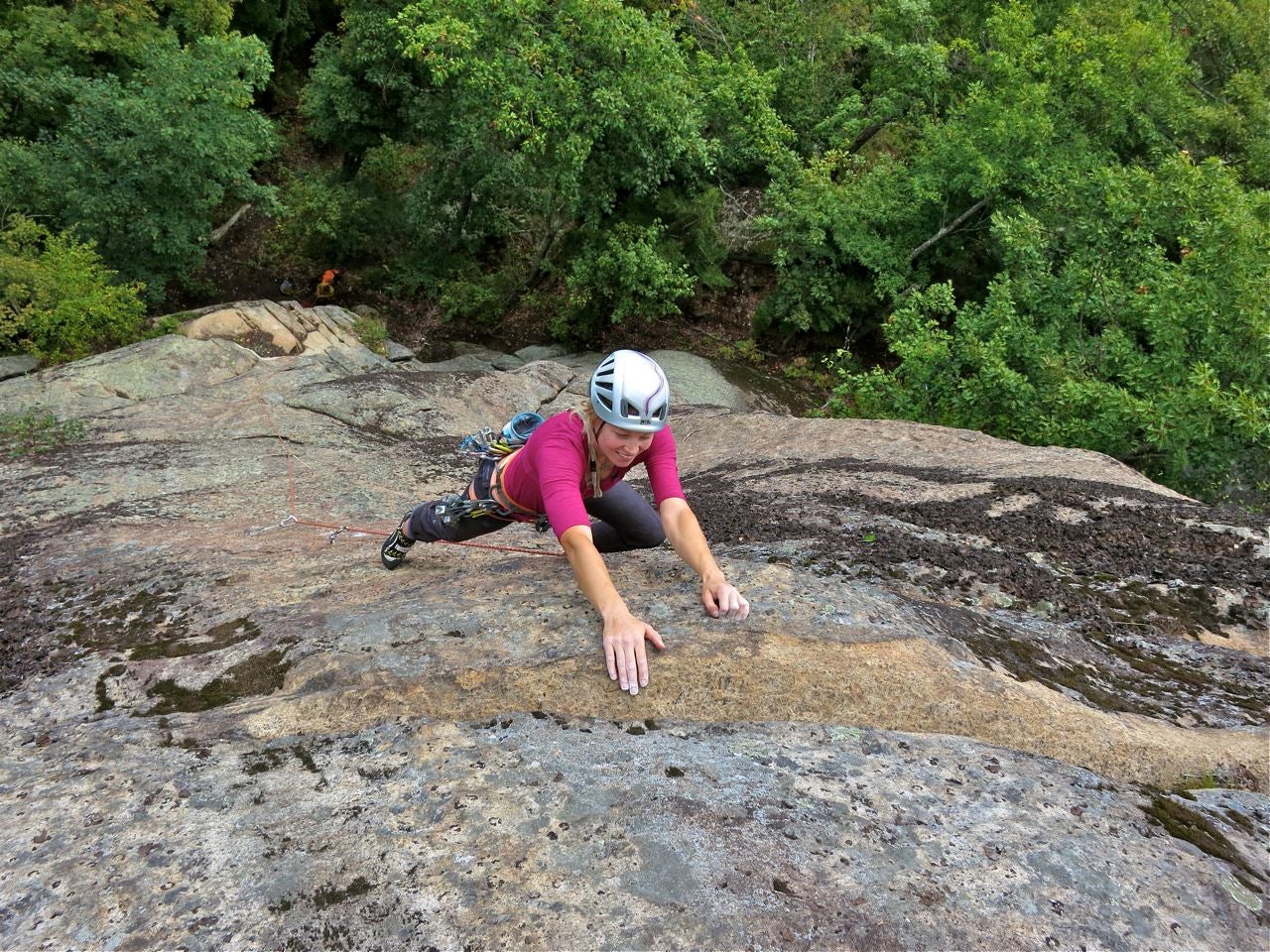 Do you have a job, a family, or any number of daily obligations that keep you from climbing as much as you once did or wish you could? Me too. I have the advantage of being a mostly full-time mountain guide, but for a working guide, personal climbing often comes last. When I unexpectedly received a spot on an AMGA Rock Guide Exam in Red Rocks, I immediately panicked.  Having done little climbing in this arid mecca of long, free rock routes just outside Las Vegas, Nevada, I knew I’d have to arrive for the exam with strong onsighting skills. I’m happy to report I passed the exam, and my onsight skills mostly paid off with the occasional error correction after wandering slightly off-route. Below are my strategies for preparing for the unknown.  For the sake of this article, they apply largely to multi-pitch rock and small alpine climbing objectives, but they would probably transfer well to just about any discipline of climbing (and maybe even life in general).

1. Do your homework Once you’ve decided on a destination, start by cross-referencing multiple guidebooks as information may vary from author to author. Check out websites like MountainProject, SuperTopo, and SummitPost for recent beta from other users. Seek local knowledge; outdoor stores and gear shops can offer great advice and are usually familiar with the most up-to-date conditions. Warning: much of the information gathered from these sources is subjective.  Take it with a grain of salt and realize you are ultimately responsible for your decisions.

2. Select the right equipment If you’ve done your research, you should have a pretty good idea of what to bring along.  And perhaps more importantly, what not to bring along.  For example, do you really need an ice axe to climb the Grand Teton in August after a hot, dry season?

In addition to selecting the right equipment, make sure, before you even leave home, that your gear is in a good condition and will perform as it should.  I recently replaced a pair of climbing shoes and I’m pretty sure this resulted in my ability to climb a grade harder.

3. Find your climb Often easier said than done. If your climb involves a complex approach (i.e. is remote, unmarked, or heavily forested) make sure you’ve thoroughly studied route descriptions and topo maps. Google Earth is a great resource for seeing the overall topography and there are some excellent mapping apps for iPhone (Topo Maps) and Android phones (Backcountry Navigator Pro) that make navigation seem so easy it’s like cheating (familiarize yourself with the software first!).  Another great use of your phone (or camera with good LCD screen) is to take a photo of the guidebook route description and map; zoom features allow for detailed visuals.

Warning: phones get dropped, lost, broken, and batteries die. Don’t rely solely on this technology. I like to carry a photocopy or written route description and/or a topo map in a Ziploc in my pocket as well.

4. Start early An early start is always a good idea when attempting to climb an unfamiliar route.  If everything goes perfectly, you’ll end up with time at the end of the day for more climbing (or beer drinking).  If things don’t go perfectly, as is often the case, you’ll be glad you didn’t start any later. When approaching or climbing in the dark, make sure you have a really good headlamp (I like the Petzl MYO) with new or extra batteries. Warning: starting too early can also be counterproductive if routefinding is complex. Unless you know exactly where you’re going, wandering aimlessly in the dark can negate the whole point of starting early.

5. See the big picture first… When you spot your objective, look first for macro features (ridges, large corner systems, cracks, summit, etc).  It can be difficult to identify a climb if you’re looking for it based on the difficulty grade.     Look instead for geologic features and try to imagine where a route would most likely go.  I often carry a small pair of binoculars or a monocular to start routefinding from a distance. Notice how features change in perspective as you approach.

6. ...then become detail oriented Once on route, you can begin looking for micro features.  Unless the route is contrived, take the path of least resistance; relax and look for the biggest footholds, the obvious gear placements, and the most traveled path.  Avoid tunnel vision; if the climbing feels harder than it should, you’re probably missing something.

7. Have a backup plan and know how to bail If you arrive at your chosen destination to find three parties lined up ahead of you (or any number of other things that might make it unreasonable to continue), make sure you’ve researched alternate options, preferably nearby. Or, if you find yourself partway up a climb with a storm moving in (for example), know your retreat options.  It’s not always straight back down, so be prepared to traverse, down climb, or leave gear anchors.

8. Descend Congratulations, you’ve made it this far!  But it’s not over yet and now is not the time to be complacent.  If you have a reasonable option     to walk off, choose this first.  Rappelling is fraught with inherent objective risk (ropes get stuck, rocks can be pulled loose, anchors must be bomber) and subjective risk (it’s usually the end of the day, you’re tired and ready to be done).  So, if a technical descent is required, keep these tips in mind:  1) when in doubt, account for the ends of your rope (knot the tails!).  And 2) think before you pass up a rappel station in hopes of finding another one lower down.  Not only do short rappels reduce your risk of getting a rope stuck but having to ascend your rope, for whatever reason, is both exhausting and timely.

9. Act like you know what you’re doing Last but not least, climb intuitively, trust your instincts, and don’t over-analyze every move.  A little confidence can go a long way! However, it’s even more important to know your limitations.  There’s nothing worse than acting like you know what you’re doing when you really don’t.  Climbing in new and unfamiliar terrain is a learned skill and success comes with time and experience.  Expect to be defeated somewhere along the way and know that failed exploits can result in a valuable learning experience, an epic adventure, and a great story at the end of it all.

*Note: Semantics aside, I use the word ‘onsight’ loosely, defining it as ‘climbing a route you’ve never done before and are, therefore, going to garner as much beta as possible before attempting’.  If you wish to debate the meaning of ‘onsight,’ there are entire forums dedicated to this topic.