How Trail Running Changed My Mind About Running 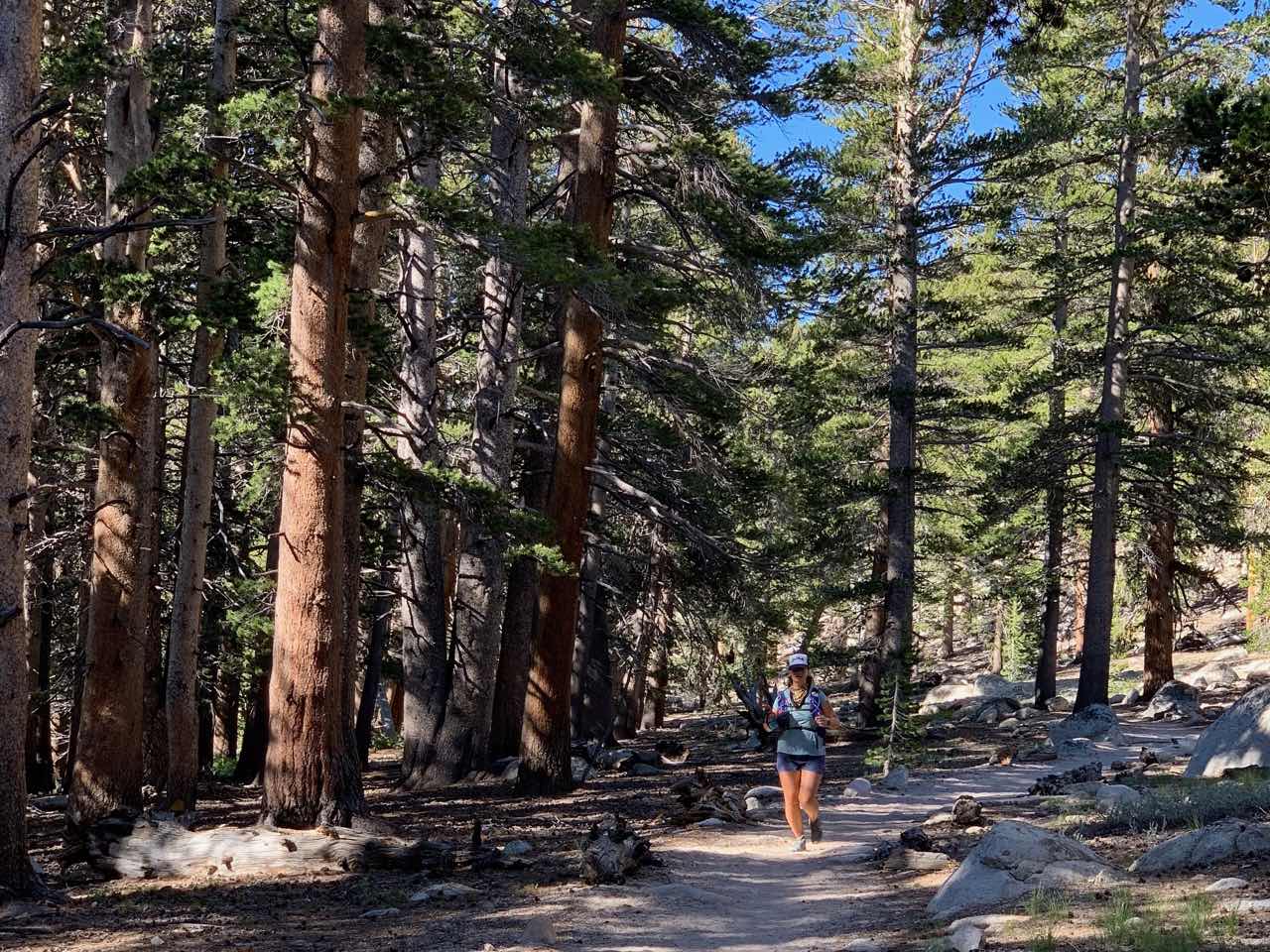 It’s been a rough year.

My mood began a sustained nosedive last fall, nudged over the edge by constant foot pain—a mixture of plantar fasciitis and what I would later discover was degenerative arthritis. I pulled back on the usual activities that brought joy, challenge, and balance to my life; there would be climbing, no marathon backpacking days. Even yoga seemed to exacerbate the constant fire at my heels. I lost motivation, gained weight and generally withdrew. A trio of losses added to the downturn. First my uncle, ravaged with lighting speed by an aggressive form of cancer; then two friends who chose to end their lives within the same two-week period.

Weighted with both emotional and physical pain, I cancelled thru-hike I’d been planning. I needed my head, heart, and body in better alignment before such an intense undertaking. How I’d get there, I had no clue—but I needed to figure it out.

RELATED: Why We Need To Get Over "Bad" Weather And Just Get Outside

During an email exchange with an editor one day that spring, I congratulated her on completing a 50-mile race. I mentioned that I doubted my own body could do something like that, but I still wanted to push myself in some way, even if I wasn’t exactly sure how. She casually mentioned the idea of running the Teton Crest Trail in a day, a 40-mile alpine “sufferfest” that would involve power-walking, jogging, and eating lots of donuts.

Before my brain knew what my fingers were doing, I responded: “OOOOOH – YES.”

It was kind of a bizarre, out-of-body response, to be honest: I’ve never liked running. In fact, I’d only ever purposely done so a handful of times to prepare for a 5k race along the streets of Los Angeles probably a decade ago, a tribute of sorts to a friend whose breast cancer had just resurfaced for a second time. The training experience was miserable, as was the run itself. I couldn’t control my breath. My heart thumped at an alarming rate. The city grey was decidedly uninspiring. And perhaps worst of all, with each footfall, the ground sent shocks through knees already debilitated by over a dozen years shuffling back and forth as a soccer halfback—stop, pivot, run, crunch, repeat. I was forced to retire the sport after my kneecap slid out of place during a game, leaving me collapsed on the field, howling in pain.

Maybe trail running wasn’t the best idea, given the precarious state of my feet, but I was more than ready to swap emotional pain for the chosen physical kind. At the very least, it might offer some distraction. And I was damn sick of sitting on the couch, lamenting my condition. Everything already hurt—what did I have to lose? I signed up for a trail 5k as motivation, asked friends for advice, and found a free “couch to marathon” plan that I dutifully scrawled onto a calendar. And then I started running: 30 seconds, then a minute, then a minute and a half. Bit by bit, all the way up to a half hour at a time, gradually moving from laps around the reservoir across from my apartment to the more spacious grounds of nearby Griffith Park.

Aside from the 5k (which unintentionally became a 10k after my friend and I missed an important turn), I ran alone those first few months. As much as I used to think of hiking and backpacking as a sort of “walking meditation,” I recognized this same force was magnified on a run because I was even more present in my body. I couldn’t coast on autopilot the way I do hiking; I needed to focus on my breath, my footfalls, the way my body moved through space. But exactly like hiking, I was in my element—dirt underfoot, trees overhead, breeze at my back, birdsong in the air. 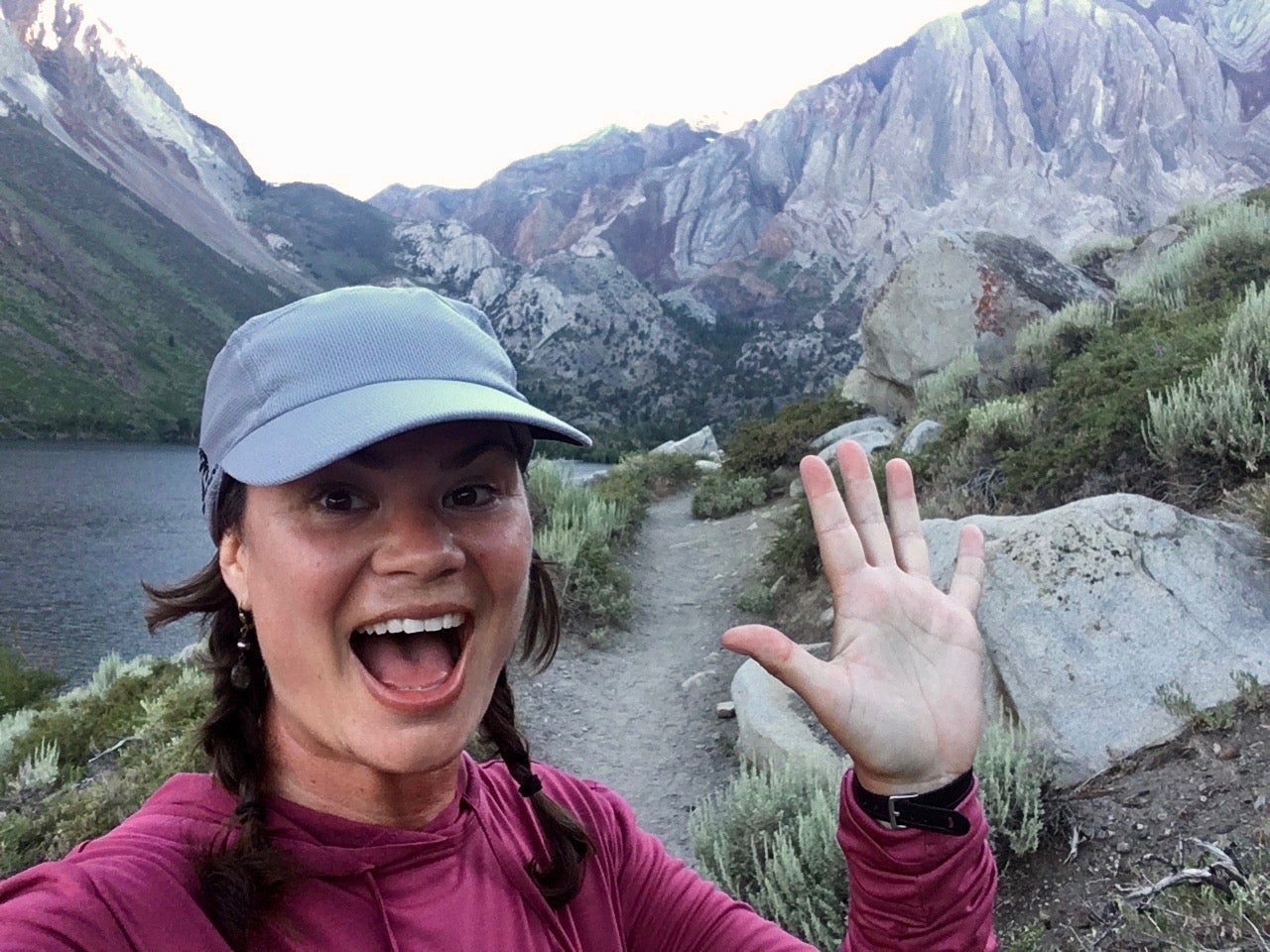 A strange thing happened: I began looking forward to my runs, sometimes even waking up before my alarm. I occasionally invited friends along to share in the experience. I started doubling my mileage and attempted hills. I took the practice—and yes, it had become a practice, my chosen form of meditation—on the road, running trails in Moab, Denver, and even central Wisconsin, with its oppressive early-summer humidity, all dripping sweat and giant grin.

After a few months, I felt confident enough to coordinate a long run in the mountains with my friend Alexis. Our plan was to get up high on moderate terrain, running around the Cottonwood Lakes Basin in the Sierra. Not too much elevation gain, at least a half-marathon’s worth of mileage, and beautiful surroundings. As much as I looked forward to this sort of personal test, I was also nervous—despite my extensive experience hiking and backpacking at altitude, I had no idea how I’d fare while pushing my lungs and legs. But I had to find out.

The morning of our run, I strapped on my hydration vest, stuffed it full of snacks and emergency essentials, then struck out on the dusty trail. Moments in, I struggled to breathe. I felt a flick of despair, then refocused my thoughts: I am surrounded by beauty. I am here with a friend. And I am lucky that my body allows me to move like this, no matter how slowly.

I let Alexis slip in front and followed silently, inhaling snacks and mosquitoes along with the thin air, reminding myself to look up and appreciate the moment as much as possible. Eventually, the thick pines gave way to a lake-dotted plateau. The grade eased as we moved through mud and beneath granite, across snow and under the midday sun. Our progress was eventually thwarted by impressive snowmelt, but it didn’t matter; I’d gotten what I came for. My body had adapted to a new normal, and over time the fire in my heels had begun to dissipate, replaced with a much brighter one in my lungs. And as my physical self grew stronger, my mind did, too. At first just a distraction from the emotional pain I’d experienced, running was now both a coping mechanism and a source of joy.

The runner’s high stuck around long after we reached the trailhead that day in the Sierra. In fact, traces still remain. I can summon it whenever I need, simply by deciding to run, to feel the dirt kick up beneath my feet, to feel the breeze stir my hair, to feel my calves ache against a looming uphill. It’s there whenever I choose to move across the land in a way I’d never really considered before, feeling feral and free.