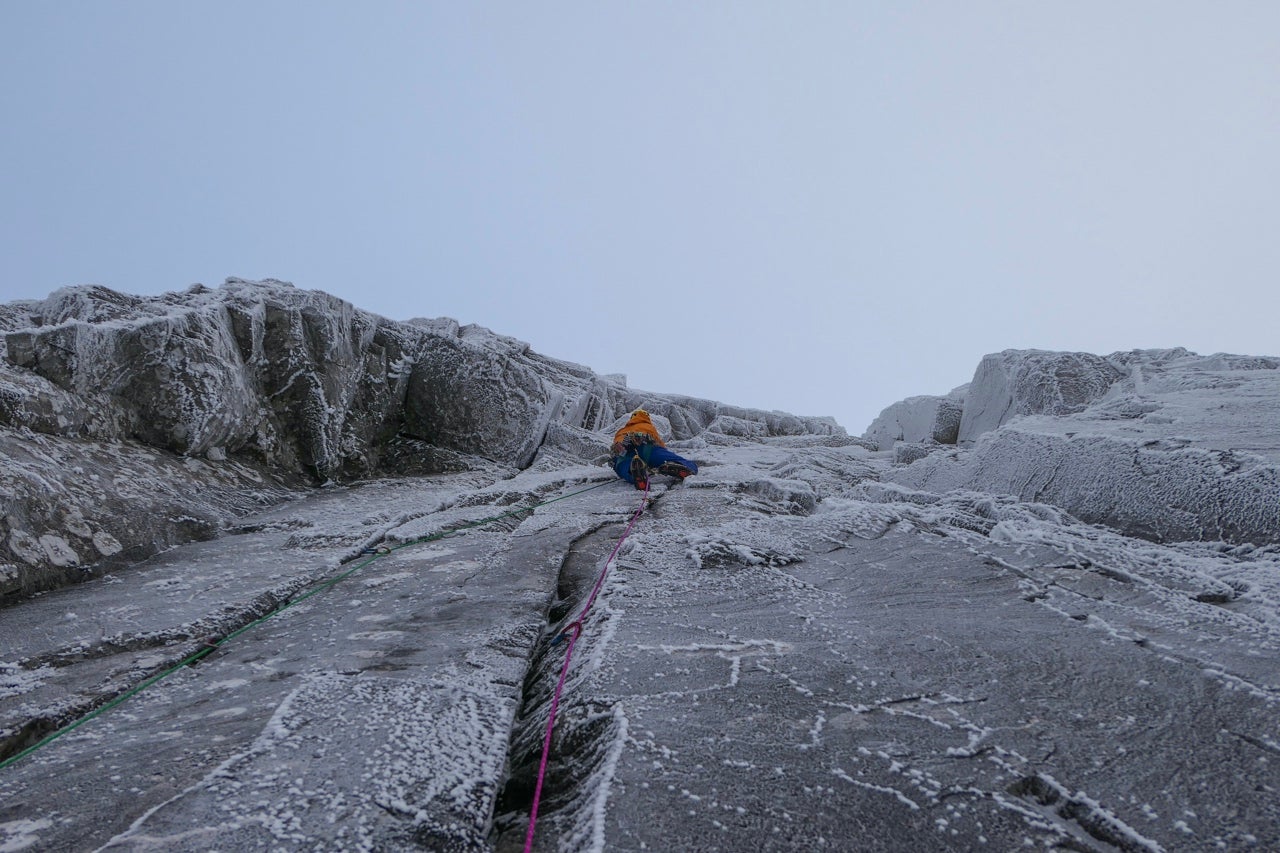 “Alright Greg, this is a whole lot harder than it looked – how’s your belay?”

Now Greg Boswell is an emotionally robust sort of fellow, so I knew not to receive this information lightly. I looked up the line of the glazed corner above me, where after about another five meters or so the glaze turned to thin ice, and I could make out his last piece of protection: a rusty old in-situ wire. From there, my eyes tracked across a translucent smear that wept down from under the first roof, and across to Greg hanging uncomfortably on slings.

“What sort of imaginative?” I asked with some urgency.

After unclipping the in-situ wire and floating gently right to join him, I could readily appreciate why he hadn’t bothered to mention the additional lump of frozen moss he’d optimistically threaded. Imaginative indeed! 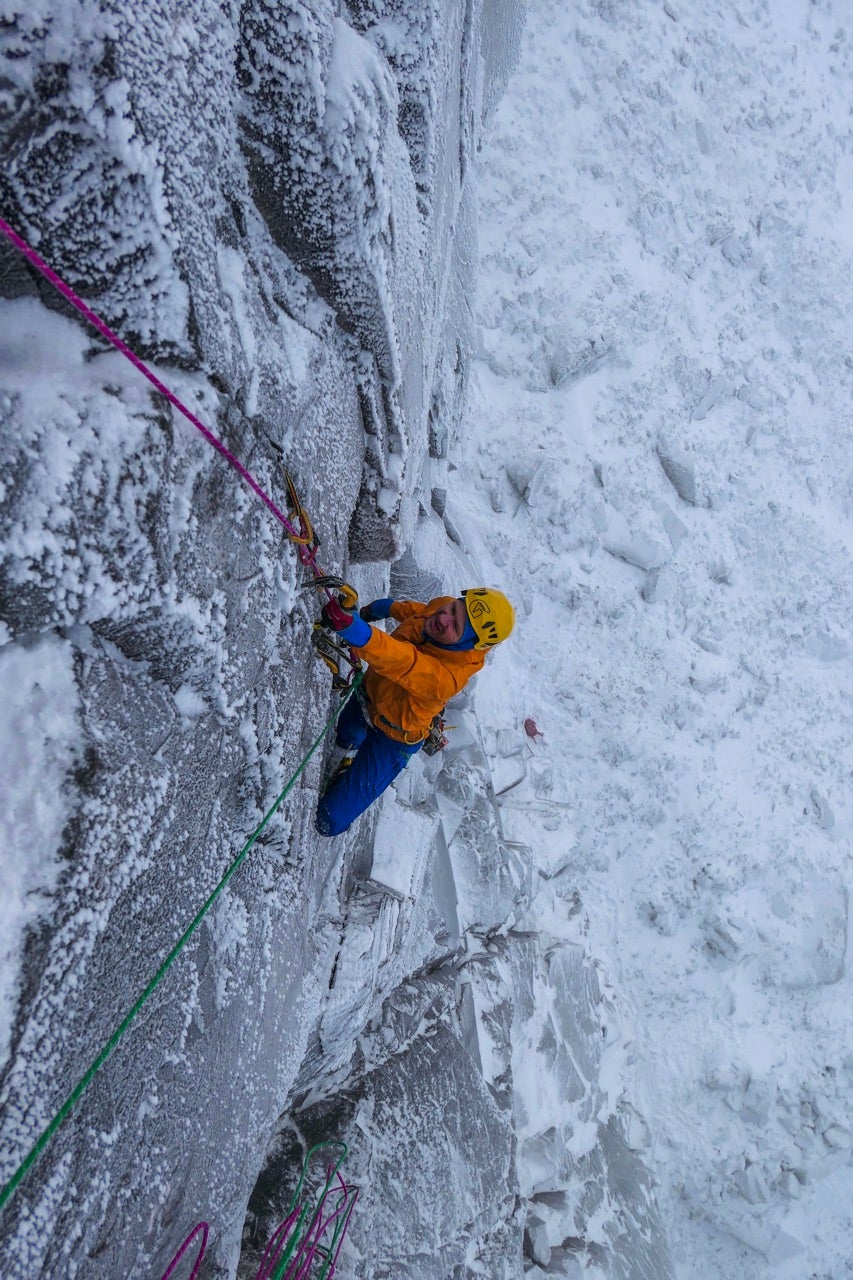 Imagination, and the strict control of it, is a personality trait that’s top of the prerequisite list for winter climbers. The ability to imagine both what could happen, with a bit of good fortune, and conversely the ability to block out what might happen should the balance of fate fall the other way. Eyeing up a potential new line from below, with no knowledge of a cliff, one is forced to ask, “Is it climbable?” “Can we safely protect it?” “Will there be ice?” and “Do we have time?” Of course, the answers to these questions are usually unknown until the very last minute, so a positive imagination is a vital tool in the climber’s armoury. Conversely, when you realise you’ve left your harness at home, and your only choice to attempt an ascent is to tie on with a thin Dyneema sling wrapped round each testicle, the ability to ‘unimagine’ the potential consequences will prove equally productive!

And so it was as I pulled over the first small overhang above Greg’s icy hanging belay, to be confronted with a hands-width layback crack up a plumb vertical wall—my imagination ran riot. It was now half dark, and this crack did not shout ‘winter’ at me, and the great roof that lay above it sported an even wider undercutting crack that looked even less attractive. I could see one obvious foothold about eight meters up and right, and this sloped alarmingly down and right. I needed something useful to get me past this first bulge, and beyond that I’d need wedged chock stones to travel right, and preferably some usable ice. Turning the roof itself at the rightmost limit of the undercut crack was a mystery and was destined to remain so. My imagination was not playing ball. 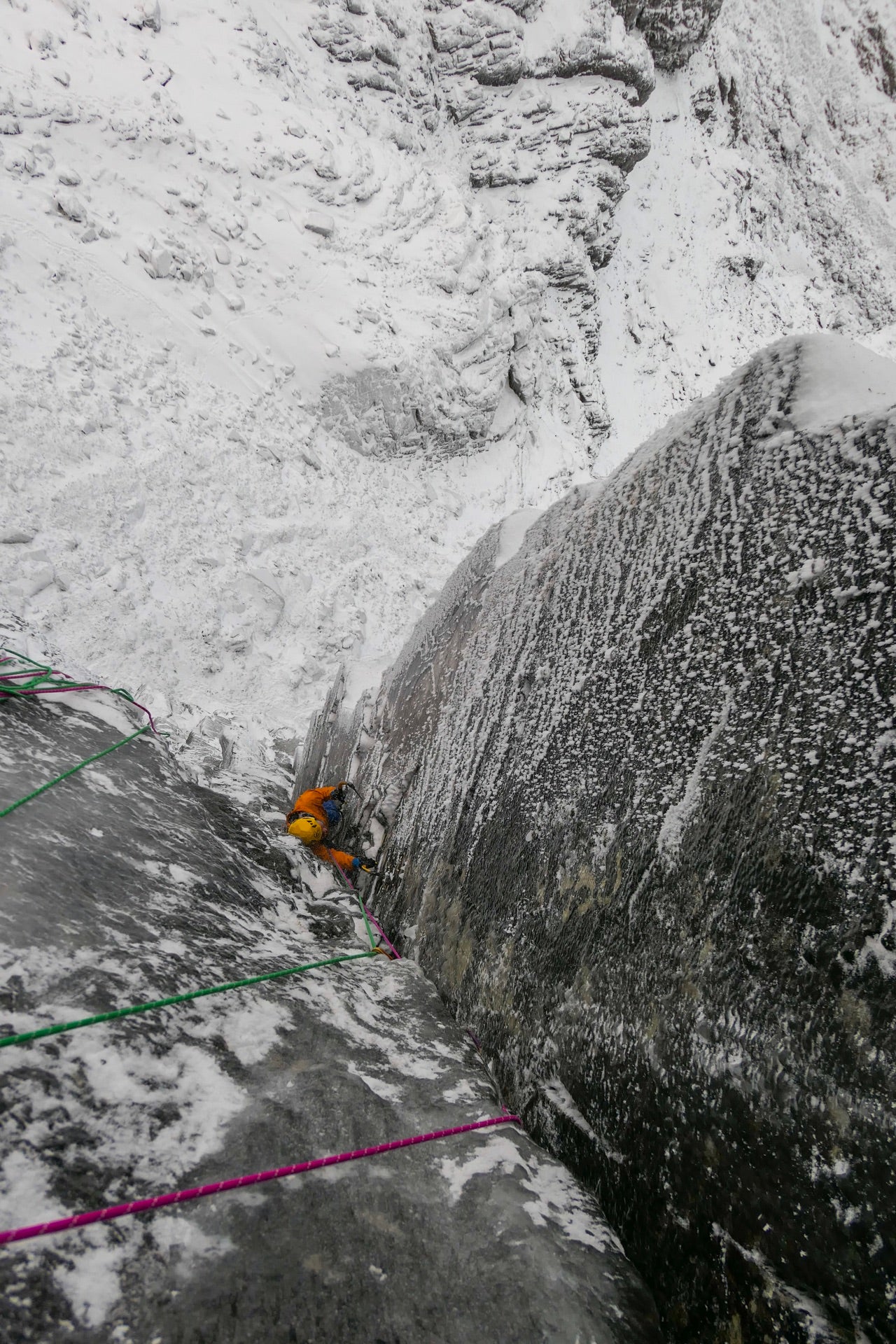 Greg, however, as I’ve stated, is something of a master in this unsung visionary art. His ever-hopeful eye had me returning to the belay and going left up into a gently overhanging no man’s land—new and unchartered terrain. Bearing in mind that we were currently on the line of an established summer E3, on a crag where that is the easiest grade, this insight into the power of his imagination tells you everything you need to know of his ability. And maybe his sanity.

But then it appeared, just when the retreat siren was due to be sounded: a perfect, laser-thin pick crack out left. A bomber nut placement overhead. My imagination was chastened to action; what if there are chock stones up under that roof? What if there really is some ice beyond the lip?! 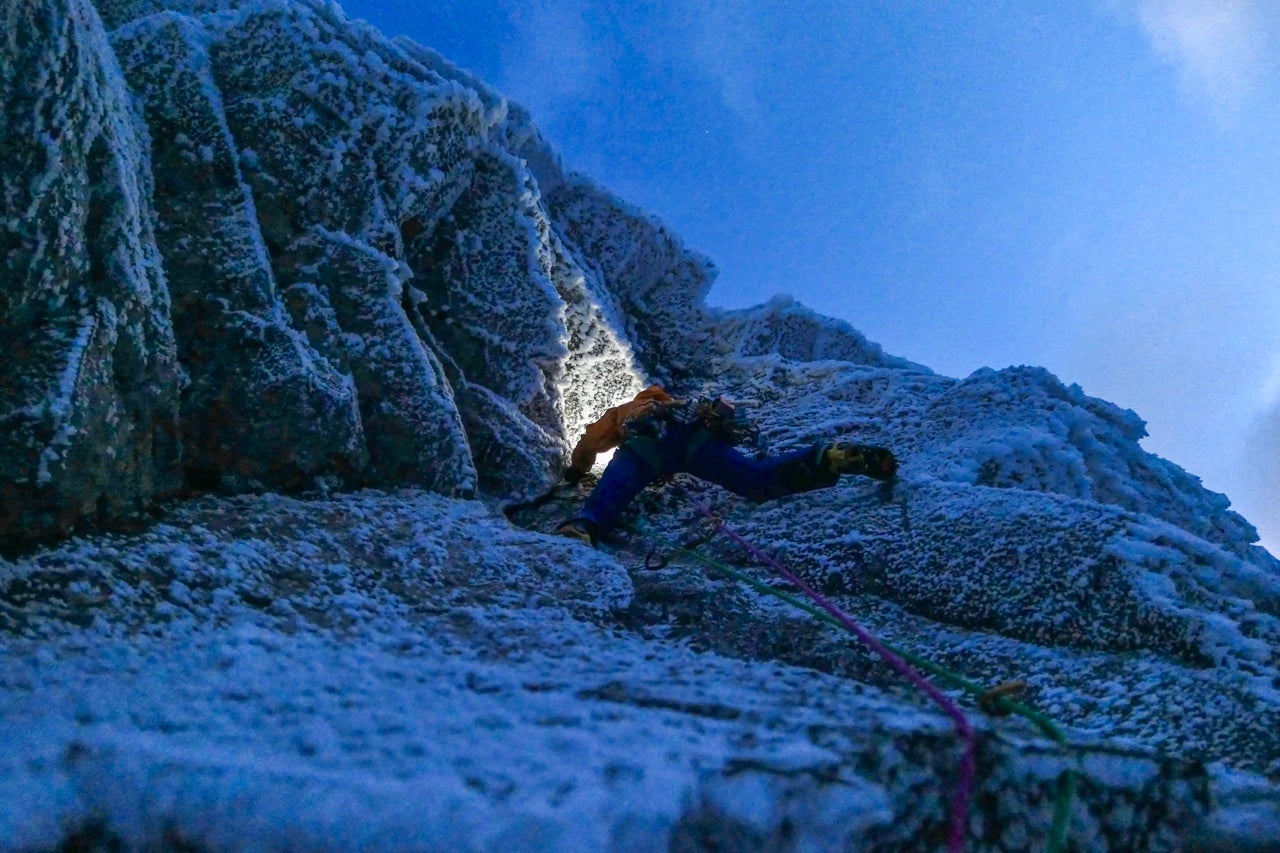 The rest, as they say, is now history; imagination turned into reality, I fell off beyond the lip of the great roof, unable to summon a single-handed pull-up after so much effort to stay in the fray. But my frustration at this was short-lived, and second time around was no mistake. The crux was not just the climbing here, but the ability to think and believe that something is possible even when every ounce of your being is telling you otherwise. To keep pushing and trying when you know you’re out of juice.

Such a shame, then, that the post-match internet discussion around our adventure has shifted the focus away from these fascinating and peculiarly human interests toward the somewhat more banal question of whether a route buried in snow, hoar frost and ice is in “acceptable winter condition.”  I wish people would just use a wee bit of imagination…But you can follow the comment thread here.