In A Brutal World, What's The Point Of Outdoor Sports? 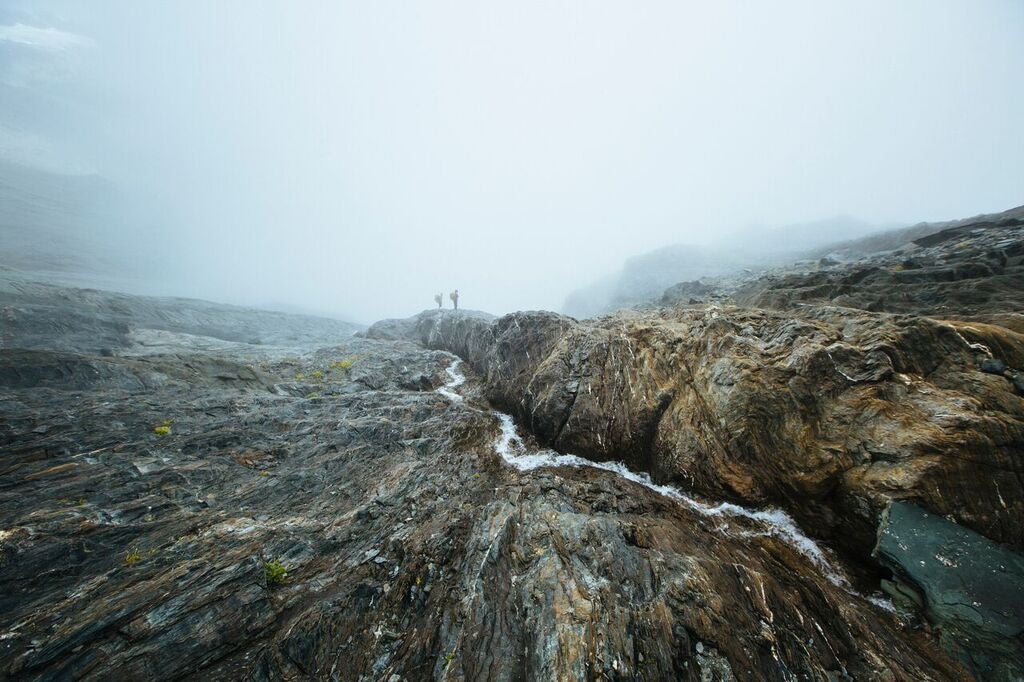 The wind always seems to pick up right before dawn. Twisting the cottonwoods’ arms and rustling through their drying leaves, it whispered something. Something that sounded dark. Shouldering my heavier-than-usual pack and clicking on my headlamp, I saddled up for the ascent while the sky’s navy blue started to fade lighter behind me.

Coming to the first series of steps up, my legs were dead. No, it wasn’t my legs. It was my heart. No fire to power over. Dismounting to push the bike up was surprisingly easy, where my ego usually wouldn’t have allowed it. But I didn’t care. A slow, sad drive low down in my chest pushed me forward, upward, but no spark of excitement lit my heart like usual on that part of the climb.
“An accident Saturday claimed the life of one of Nebraska’s all-time greatest soccer stars,” the headline had read. “Ashley Carter had gotten engaged just two weeks earlier.”

The last couple of days had been low. My cousin had lost his fiancee of just two weeks. What can you even say to someone who’s young and in love and then loses the love of his life? The glow above the horizon grew brighter faster than I could pedal uphill, so I got off, laying my bike to the side and zipping open my pack to pull out the camera. The predawn breeze still kicked strands of hair in my face and wet the corners of my eyes when I tried to focus in the viewfinder. Mountain biking felt frivolous. What was the point?

Rolling the dial to test out a couple of apertures, I thought of my cousin Chris, and how it would feel to wake up in the morning without his fiancee. And to wake up again tomorrow without her. And the next day. And the day after that. I didn’t know that a week later, more of my friends would also be suffering the loss of loved ones as three well-loved skiers died in South American avalanches. I didn’t know what to do with the emotions and thoughts that weighed darkly. I just found myself loading up the bike and pointing my Subaru toward the mountains.

The clouds over the horizon lit bright pink briefly, and I held down the shutter button, clicking off several shots in a row, hoping one of them might capture the moment’s soft numbness. Sunrises always feel more fleeting than sunsets. Maybe it’s because the anticipation is all on the front end, and once the sun actually rises it’s all over so quickly. I rode on slowly, quick to dismount and push over obstacles. All the hooting-hollering fun of outdoor sports was a world away. What was I doing out there in the chilly dawn?

Later that week, I went to a slide show with a friend. Our conversation in the car on the way to the Force film screening was heavy. I was still feeling off kilter, and my friend had watched a co-worker lose his job that morning. And maybe it was just my mood, but as climber Mikey Schaefer clicked through his alpine climbing photos, I thought I sensed a dark tinge to his tone. I was rapt when, toward the end of his presentation, he asked, What’s the point of climbing?

He explained that sometimes he looked at people who were spending their lives working to make the world a better place, and questioned why he was driven to spend his life climbing and photographing climbing. He said, The way I see it, lots of those people are making the world better by taking things away. Like taking away disease, or poverty, or abuse. And that’s super important—we need that. But the way he saw it, he was also making the world a better place, but by adding something to it. Sharing the beauty of nature, the joy of overcoming, or transcending. I thought back to my morning bike ride, and how I’d also wondered, What’s the point, but somehow felt like it was the only thing I could do.

Maybe our time outdoors doesn’t take away the bad things in life, but maybe if it adds just the tiniest bit of positive, that might just be the tiny bit we desperately need.