In Defense Of Packing The Kitchen Sink 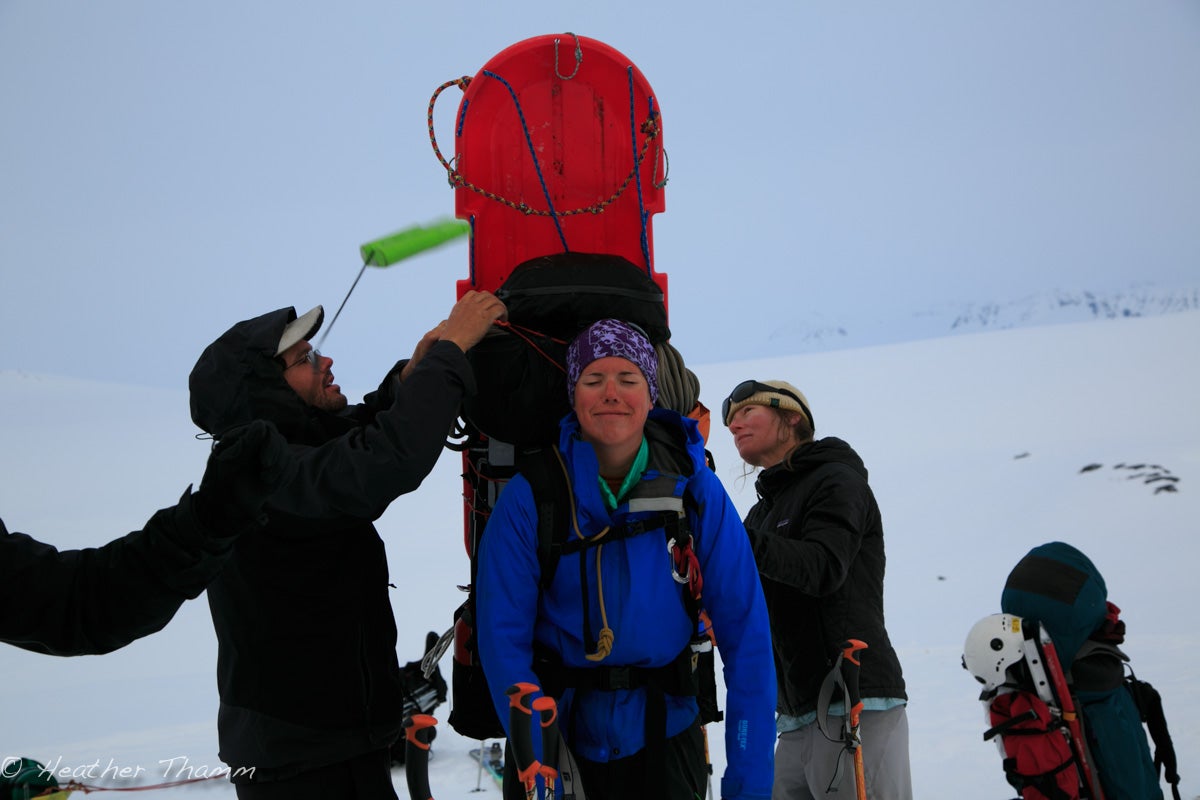 After thirteen arduous miles, my party had finally arrived at the remote Upper Russian Lake cabin. We’d spent most of the day scrambling over avalanche debris, consulting the map when the trail petered out and agreeing that this was, by far, the longest 13-mile stretch any of us had ever hiked.

“Man,” sighed my boyfriend, “I could really go for a beer.”

This was my big moment.

I dropped my pack, pulled out a few odds and ends, and produced a room-temperature six-pack. I cracked three beers, handed one to each of my friends, and took a long draw from my own can.

For a moment, no one said a word. The six pounds of extra weight, it seemed, had been worth the effort it had taken to hike them into the far-flung Alaskan backcountry.

“Got anything else good in there?” my friend asked brightly.

I did, but I wasn’t about to play all my cards at once. I’d wait until someone called me out for snoring all night and make it up to them with donuts—their sprinkles still nearly intact.

The ultralight backpacking craze is one I’ve never quite gotten on board with. It started with thru-hikers, who, in an effort to hike literally thousands of miles, carry cut-up soda cans in lieu of stoves, tarps (or nothing at all) rather than tents, and—horror of horrors—eschew “luxury” items like, I’m told, coffee. Their packs weigh in somewhere in the teens, which makes it much easier to hammer out 20-mile days on the Appalachian or Pacific Crest Trail.

Here, on the other hand, is an incomplete list of non-essential items I’ve carried in my pack and been very glad to have when I arrived at camp:  French press, hardback copy of Desert Solitaire, camp shoes, extra pot just for water (therby cutting dish duty in half), three boxes of Girl Scout cookies, camera and associated paraphernalia, camp chair, extra pair of dry socks, cribbage board.

But don't misunderstand me: I believe there’s a time and a place for going light and fast—say, alpine peak ascents in the midst of thunderstorm season—but most of the time, I’m not convinced that sawing one’s toothbrush in half makes for a better trip.

Most of the time, in fact, I’d argue the opposite: I’ve never not been happy to have a good book with me.

It’s not like I need my down booties to enjoy a night out in the wilderness; getting away from the complications of civilized life, after all, is half the reason most of us throw on backpacks and walk to the middle of nowhere in the first place. It’s not just when I arrive at my destination, though, that I’m grateful for those little indulgences. It’s while I’m on the trail.

Weighed down by my backpack, stuffed to the gills with my preferred creature comforts, I have to slow down. I can’t coast to the next campsite. I take breaks. I have an excuse to pause. With a heavy pack, I move deliberately. I notice the lone mule deer grazing silently above the trail, the thunderheads forming on the horizon, the gentle arc of the sun as it makes its westward journey.

Under the weight of my personal effects, I am present.

There is a short list of objectives for which I’d be willing to sacrifice even my choicest backpacking amenities. Maybe not coffee. Okay, definitely not coffee. But trips like those—long alpine routes, for example, or super-remote canyoneering—require spartan packing, or, in the case of the latter, a quantity of water that leaves room in a pack for little else.

Not every outing needs to be the Most Incredible Bucket List Trip. Sometimes we simply venture out to center ourselves, or to spend time with friends, or to train for the aforementioned tick-list items. In those cases, I say pack that camp chair and all the clean underwear you want. Don’t hold back—bring the extra-plush baby wipes, the insulated thermos, the harmonica you’ve been meaning to learn to play.

You bring whatever will keep you out a little longer. I’ll bring the French press.