In Praise Of Bad Ideas

At 35 miles or so, I found my breaking point. The mileage itself wasn’t that abnormal, but we’d gained a cumulative 7,500 feet of elevation already, I’d just climbed UP my favorite downhill trail, and I couldn’t turn over the cranks of this god-forsaken mountain bike anymore. I clipped out, stepped off and started walking. On a well-groomed gravel road. With an uphill grade of no more than 6%.
What the hell were we doing out there? This was stupid. Were we even having fun, or would it just seem like we had fun by the time Monday or Tuesday rolled around?

I’m not really an “endurance athlete.” I’m just a mountain biker with a particularly weak spot for bad ideas. Perhaps one is a gateway drug to the other. Co-conspirator Richie Daigle and I had been cooking up fantastic and terrible routes all month. What if we took a classic loop in the Cohuttas and rode it backward? What if we went to Pisgah National Forest, but brought rigid single-speeds? What if we began our ride on the wrong side of the mountain?

We’d started riding a “weekly 5k,” one mountain bike ride per week that eclipsed 5,000 feet of cumulative elevation gain. Putting together the heinous-sounding routes was half the fun. One of us would float an idea, the other would think of a way to make it even worse, we’d giggle like idiots for 10 minutes and then decide whether it warranted serious consideration.
This week, we’d chosen the route from a notorious, defunct local race, a 45-miler with 8,000 feet of climbing. We were going to trails no one rides—because they are terrible—on purpose, and loving it. 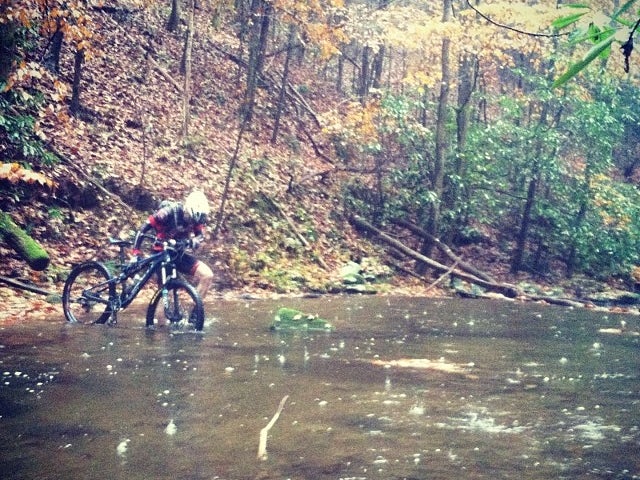 OK, truly bad ideas get people hurt, or worse. In the backcountry, on a bike or otherwise, making good decisions is your best asset. Are you planning to ride into a terrible storm? Don’t. There’s a fine line between foolish and dangerous; I’m advocating you push your own physical and mental limits in intentionally hilarious ways—not that you tempt fate.
Use your noodle. Carry a first-aid kit and emergency blanket. Be ready if an injury or mechanical forces an unplanned overnight. Bring extra tubes and tools. Ride in a group. Preparation isn’t just for boy scouts!

It’s important to dress appropriately for the conditions, including unforeseen conditions. I always, always carry my Outdoor Research Helium HD jacket, because no one ever thinks, “Hooray, I saved 9 ounces of pack weight!” when they’re caught in a torrential rain on a cold winter day. You can be a weight weenie on race day, but not for an all-day epic. 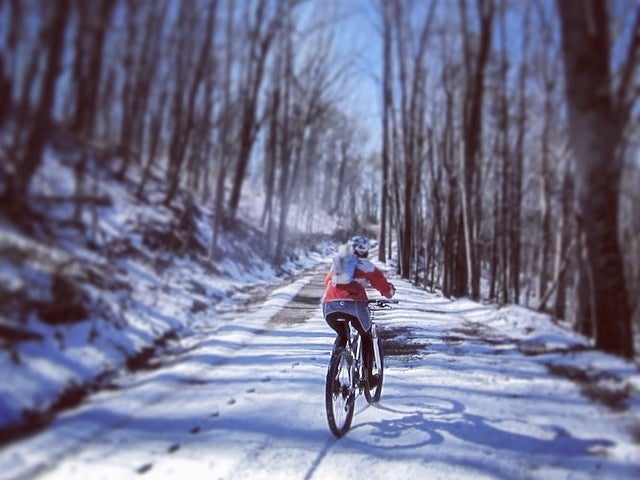 Back on the bike, it felt like I was towing a trailer full of rocks. I drained the last drops of water from my hydration pack, vowed to replace the 32T chain ring on my 1x setup with a 30T, and chugged upward until I caught up with the other riders. 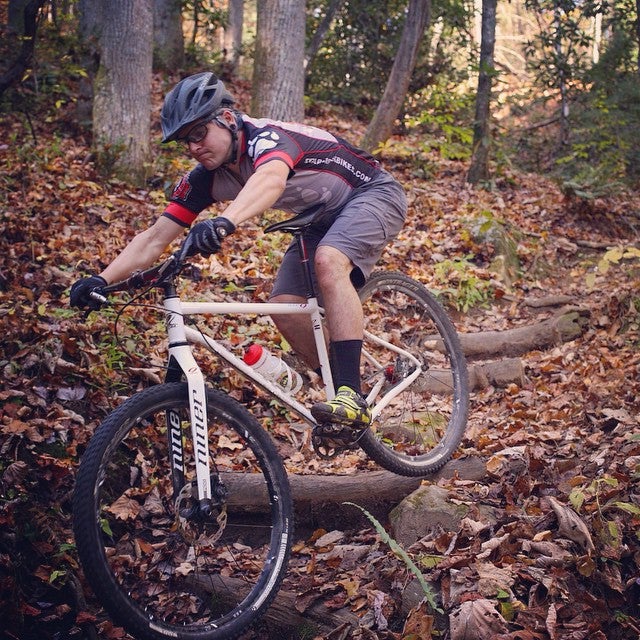 Sure, this kind of stuff would be easier if I were a super-fit XC racer, but the fact that it’s not easy is half the point. What’s a mountain adventure without a moment or three when you question whether you’ll be physically able to complete it? At the end of the ride, a four-mile downhill on a tricky, loose trail surface brought new life to my legs. Sure, we could’ve shuttled it from the car in the first place, but the payoff is greater after a day of completely unnecessary suffering. Right?

“What can beat a carefully thought out terrible idea?” Daigle asks, of no one in particular. I couldn’t think of anything.