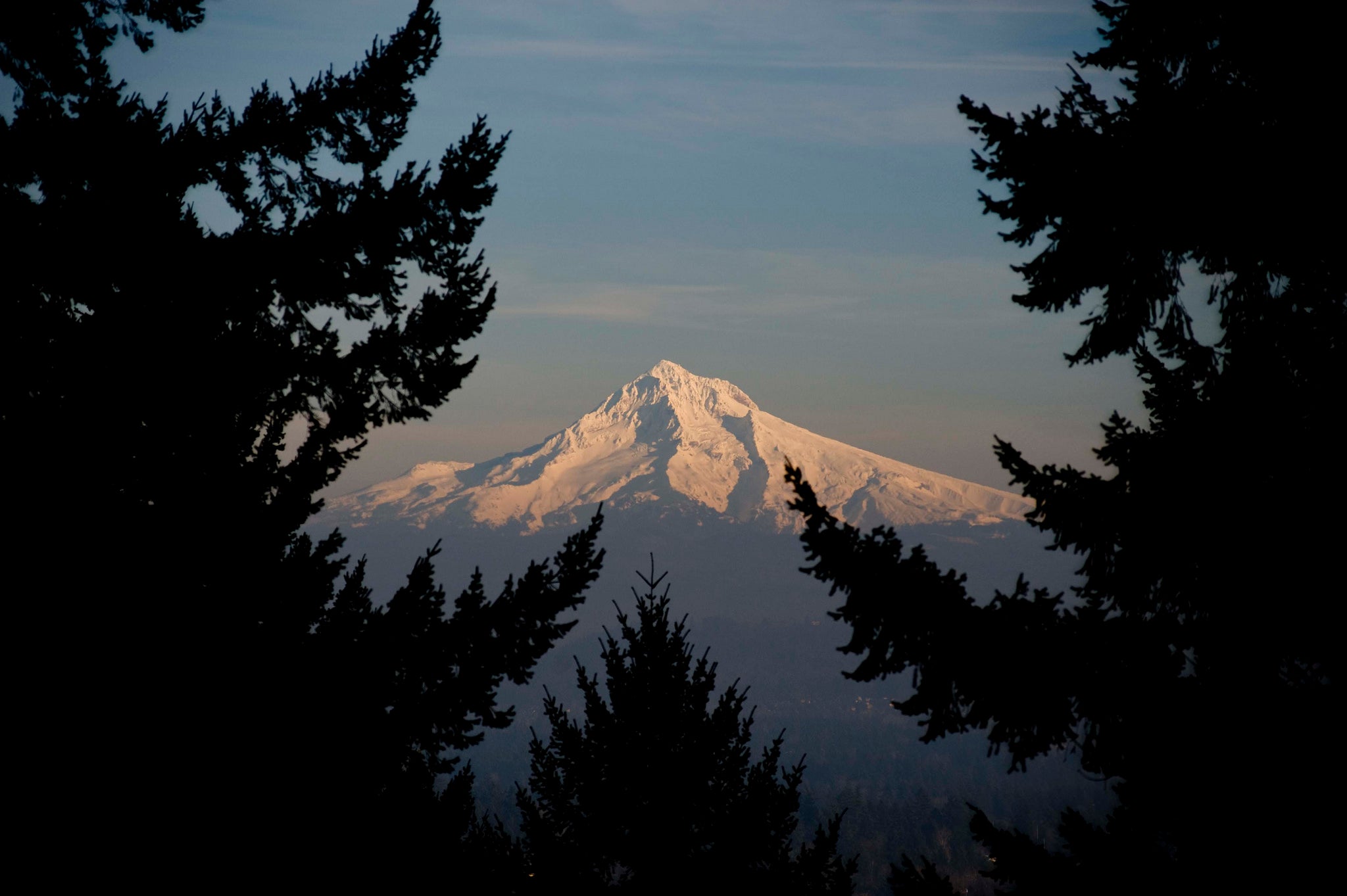 At the end of May, Amanda and I headed to Oregon for vacation. My Aunt has an amazing beach house in Mazanita, and we were planning on lounging around for a week. It was going to be great. No skiing, just hanging with the wifey. The only problem with the plan of not skiing was that after leaving Boise at 9 a.m., I couldn't stop thinking about Mount Hood. Even with no plans of skiing, for some reason I had packed up boots and a couple pairs of skis...

It doesn't seem like Mount Hood has a strong speed ascent history, and there isn't a ton of info regarding the Hood fastest known time, but I did find a record from 2003 of a climber summiting in 1:56. 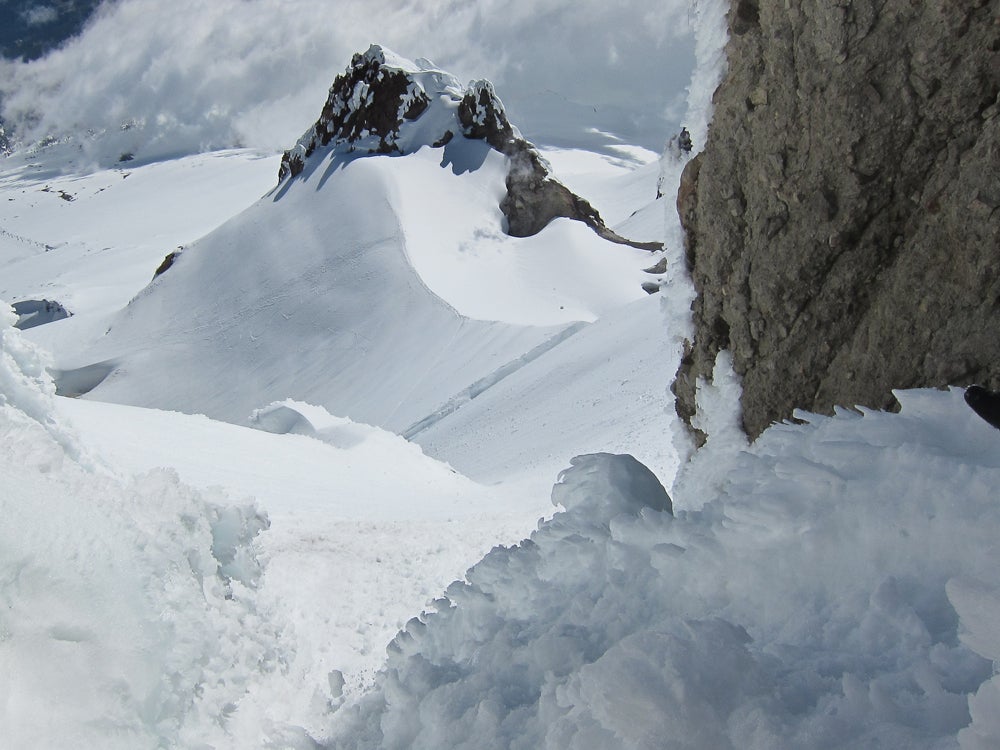 Luckily the freeways in Oregon have ridiculously slow speed limits, so I was able to drive and surf the web for Hood beta. Weather looked good—still with a high of 37 on the summit. There had been a touch of snow a few days before, but nothing in the immediate past, so I thought conditions just might be OK.  The detour to Timberline Lodge was only going to add an hour to our drive, which also seemed reasonable. After several hours of driving, I still couldn't stop thinking about Hood, so I brought it up to Amanda and we (I) decided give it a go. I figured I should eat something, and the only food I could find at our last stop before heading up was a Mickey D's. I guess I would have to attempt Hood on a crispy McChicken Wrap. 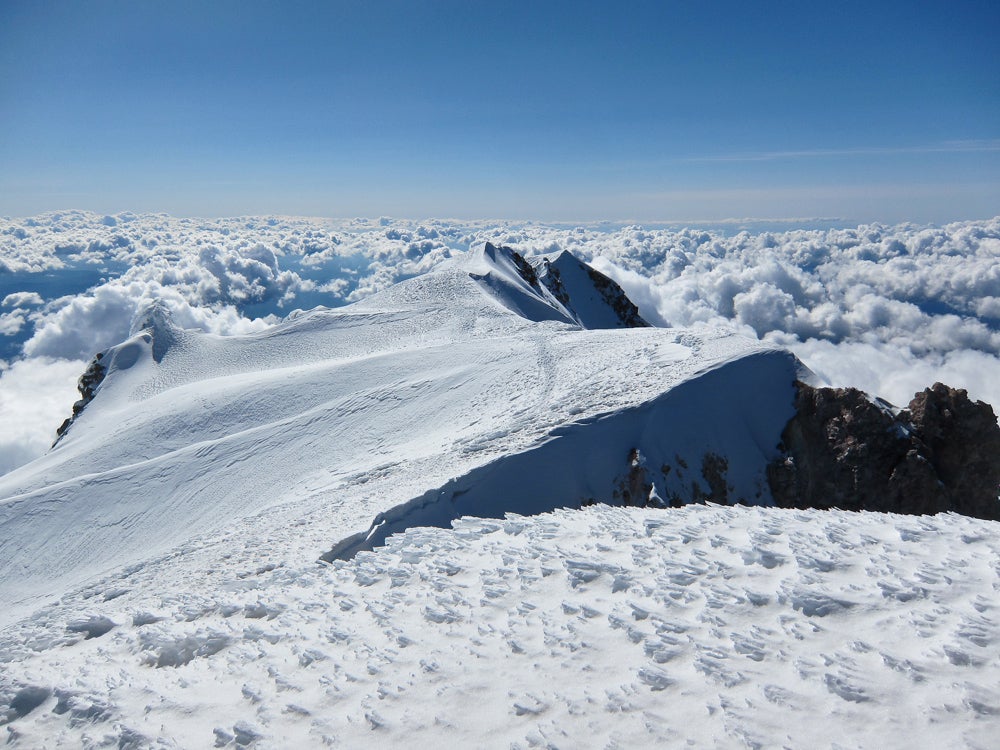 When we got to Timberline Lodge it was 3 p.m., 70 degrees and sunny. The snow was a slushy mess. Not quite what I was hoping for, but I figured I'd give it a go. The first 2,800 feet are in the resort, and although the snow was slushy, it was reasonably compacted and skinned pretty well. I think I hit the top of the resort in roughly 45 minutes.

From there I slowed considerably, trying to fight the slush/ice combo. The bergschrund was easy to bypass, and the Pearly Gates had softened enough to make booting without crampons an option. 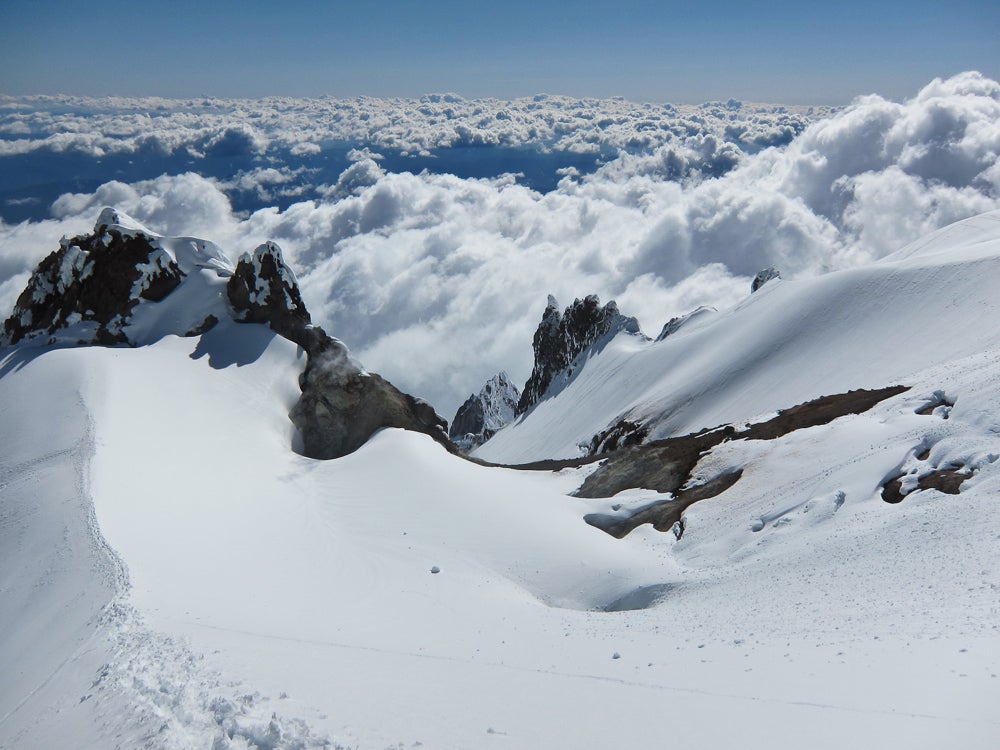 Once through the Pearly Gates, I skinned to the top, summiting in 1:27:46, still in just a tee shirt. I snapped a few pictures, put on a jacket and headed down. The Gates were too narrow for me so ski, and I was too scared to straight-line it so I down-booted the slush-covered ice and was glad to have a whippet. The rest went smoothly and in 1:44 I found myself back at the fire hydrant. Amanda and the dog were asleep in the back of the truck—there were no timers. I pulled my skis and boots off and we headed to the beach. I was psyched to have squeezed a little skiing into the trip.

I won't be surprised if this time is lowered considerably in the near future.  In fact, SCARPA athlete Scott Simmons, who just won the Ski to Sea and summited/skied Mount St. Helens with his 10-year-old son is there right now and keen to give it a go. Good luck Scott! 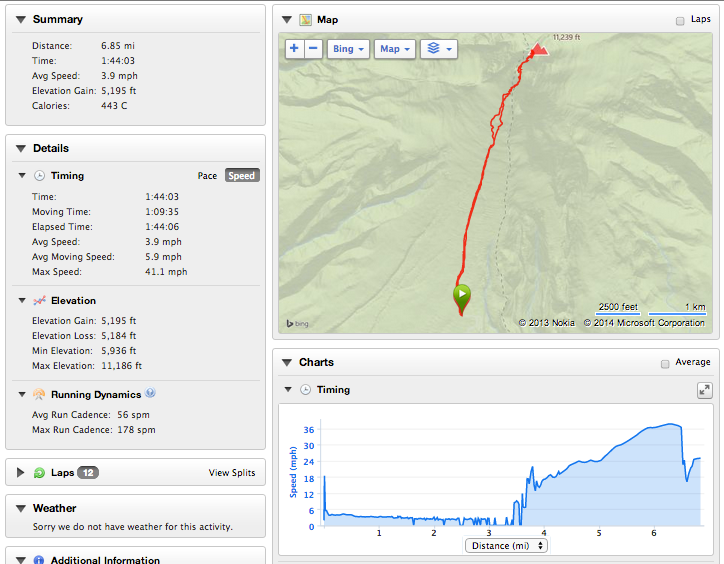