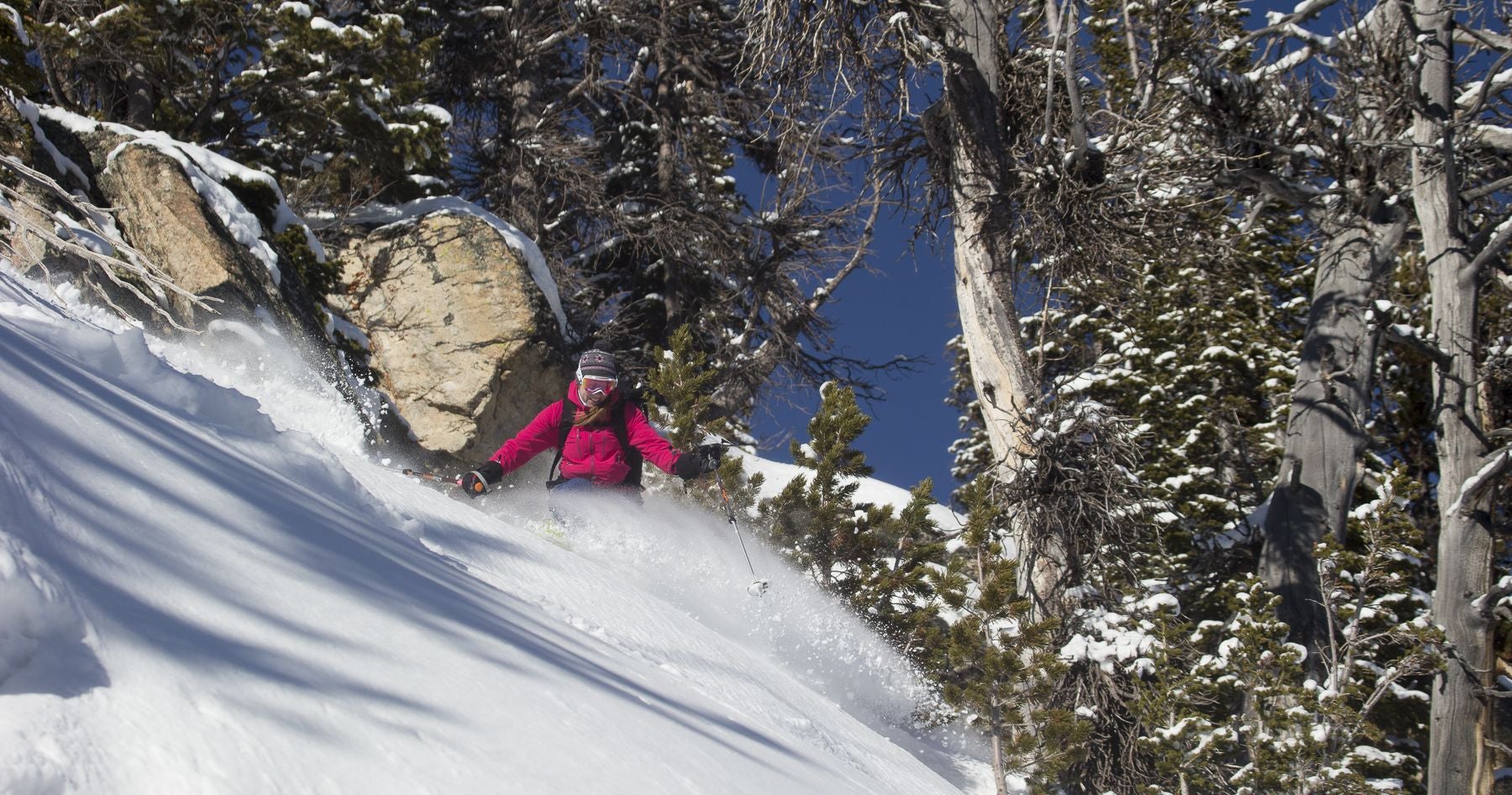 Jessica Baker is a professional skier, mountain guide, instructor, and founder of Ski Divas Women’s Ski Camps skidivas.com. She grew up in Sandpoint, Idaho in the Selkirk mountains. From a young age she built a successful ski-racing career and in 1999 moved to Jackson Hole, Wyoming where she pursued her love for backcountry adventures, freeskiing, big mountains, climbing, and ski mountaineering. In her career she has won over five big mountain freeskiing competitions; landing such titles as 2000 North American Freeskiing Champion, 2004 US Freeskiing Nationals Champion, 3rd overall Woman on the World Freeskiing Tour both 2004 and 2005, and more. Jessica is the first female heli-ski guide for Alaska Rendezvous Guides out of Valdez, AK and works for Exum mountain guides year round. She has completed big ski descents on Denali, The Grand Teton, Mt Aspiring, Mont Blanc, and more. She has been featured in ski film and television productions including ESPN, The Ski Channel, Fox Sports, Rage films, Storm Show Studios, and NBC productions. Jessica has also been featured in magazines and publications such as Powder, Outside, Skiing, SKI, Freeskier, National Geographic Adventure, Mountain Gazette, and The New York Times. Jessica continues to inspire and support women in the sport, and has been a featured speaker at several women’s sport specific conferences.
← Previous Next →
Comment(s)
Find a local shop
Hold on