I’ll be honest. Typically, in the past, when the van is loaded with climbing gear and headed for international countries, Canada is the destination. Hassle-free border crossings, you don’t have to worry about farm animals aimlessly walking in the road, and best of all, the Canadian drug cartel is just a bunch of stoned peace-loving forest dwellers.

This winter, Justin Griffin and I decided to explore some climbing in warmer areas, so we drove south. Deep south. Chihuahua, Mexico south. We crossed the border at Nogales and were thankful to pick up a little advice from an ex-pat while we waited to clear Mexican immigration, “If there’s anything you’ll wanna keep from doing, it’s endin’ up in a Mehican jail, cause I’ll tell ya what, yous gonna have a hard time keeping your undies on if yous find yerself in one of them.” Grateful for the insider beta, we bought some tacos and hit the road.

Looking for a bit more of a remote climbing experience than the popular El Portrero, we opted for the less traveled but equally impressive Basaseachic National Park in the Sierra Madre Mountains. Home of the Piedra Volada, Mexico’s tallest waterfall and the semi-legendary limestone monolith El Gigante, the views and the rocks did not disappoint. Neither did the crowds. In fact after two weeks of climbing, we had not seen any other climbers and very few people at all. It was like having a limestone Yosemite to ourselves. 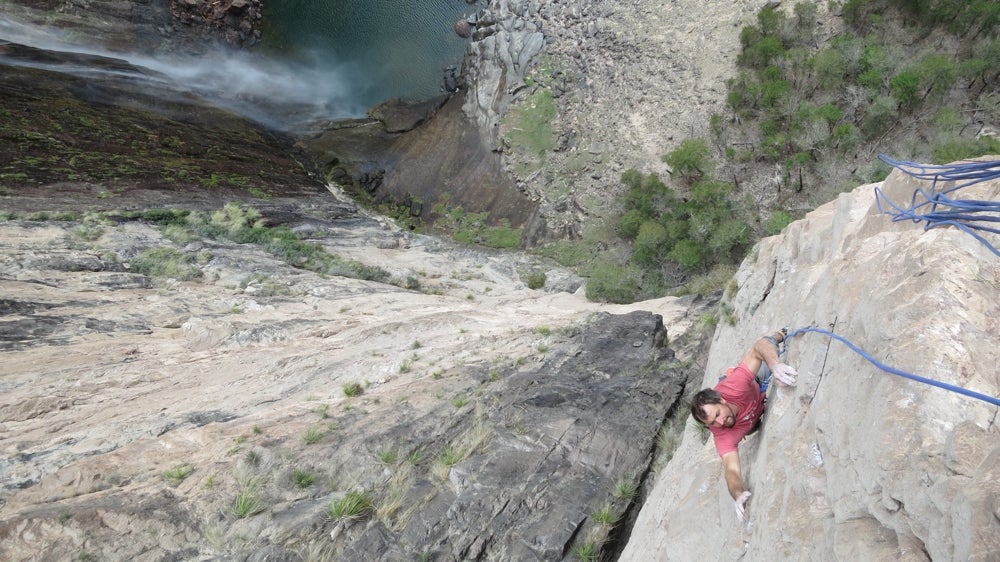 During the last couple years of climbing and traveling, I seem to repeatedly find myself heading to places that instill a bit of worry in family and friends. This is unfortunate as it is certainly not my intention to create concern in the folks I love and respect. Mexico was again one of these places. “Don’t drive at night,” “be careful of the cartel,” “I hear there are a lot of kidnappings,” were just some of the remarks that I heard. I also hear from local people in these supposed dangerous areas confusion and frustration at the dramatic decline in tourism. Fernando Dominguez, owner of the San Lorenzo Ranch:  “I don’t know what happened. We used to have many visitors, now, maybe forty a year,” he told us from the doorstep of his serene and entirely empty ranch.

The San Lorenzo is the spot to stay if climbing in Basaseachic. Camping, bunk houses, food options, all the beta and climbing support you’ll need, showers and friendly people. Tall golden grass fields line the ranch with towering pine forests in the nearby craggy mountains. At 7,000 feet, even summer temperatures are manageable. From the San Lorenzo, a short ¼-mile walk accesses a sport climbing area with more than 100 routes. And a slightly further walk gets you to the bottom of the Cascada de Basaseachic with six established rock climbs on the 300-meter face just left of the waterfall.
The problem with traveling to these socially unstable areas is that they are never actually dangerous until it’s too late (read: reward vs. risk). 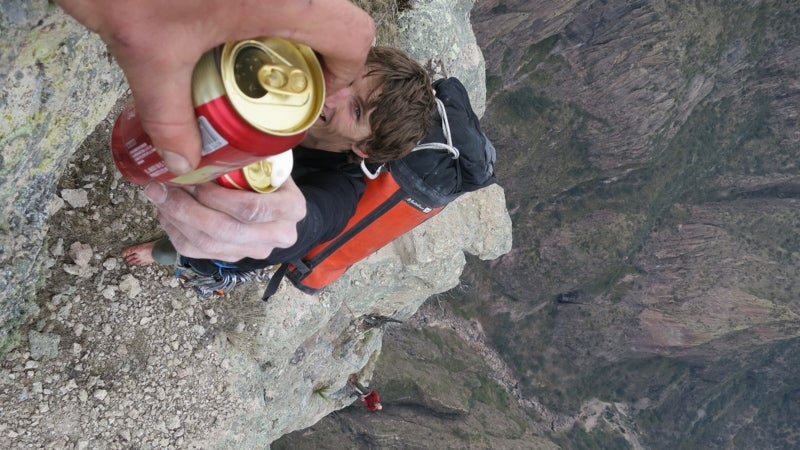 Furthermore, it’s hard to tell as a foreign visitor what specifically and who particularly is dangerous. Do I go to that restaurant that serves tacos and beer or that other restaurant with tacos and beer? Should I smile and wave at those people in that sketchy truck or is a subtle nod a better idea? Everyone that signs up for an international climbing adventure thinks about the reward vs. risk equation. In the back of our minds is the infamous Caldwell-Rodden Kyrgyzstan epic or, even worse, last summer’s Nanga Parbat massacre.

The people I met in Mexico, honestly, didn’t seem to have too much interest in a group of white guys walking through their town. The folks who served us tacos and beer at local restaurants served tacos and beer, and they did so for not too much money. I saw people with guns, a few were military and the others just smiled and waved. Some people were curious and asked us what we were doing in the area and in quite horrific Spanglish we tried to tell them. 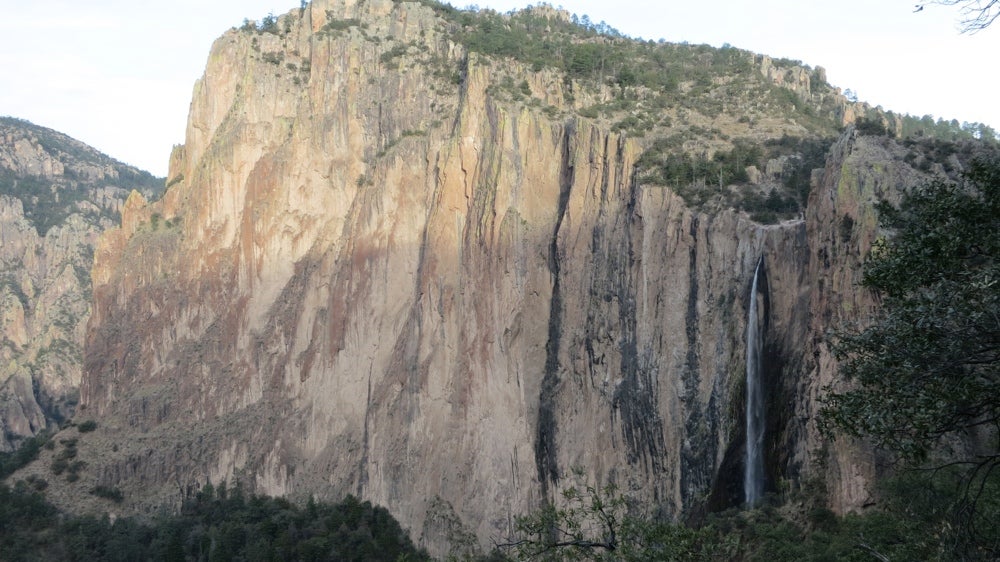 It’s not that we seek to go climbing in certain countries because they are unstable. More simply, we are compelled and inspired to try to climb the rocks and mountains in that particular country. Are there more stable countries with mountains that we could instead travel too and climb? Sure, but statistically, it’s still the climbing that poses the greatest risk. And if you can get shot sport climbing in Ten Sleep Wyoming then yes, you can also get shot in Mexico. I’m looking forward to revisiting the rocks that are in both areas. 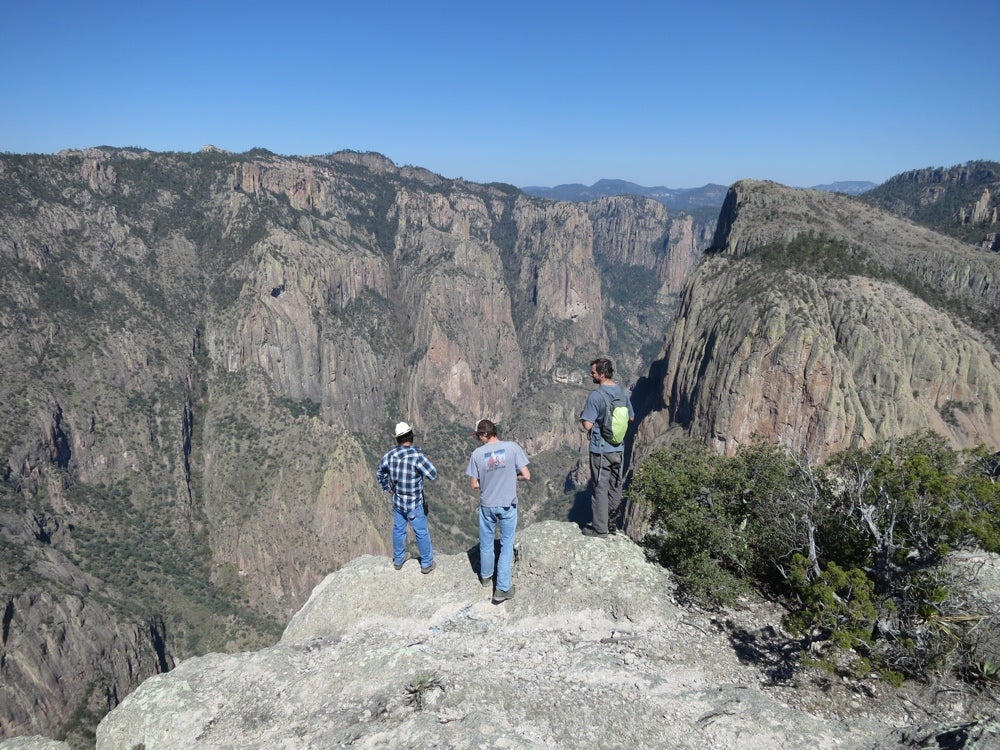