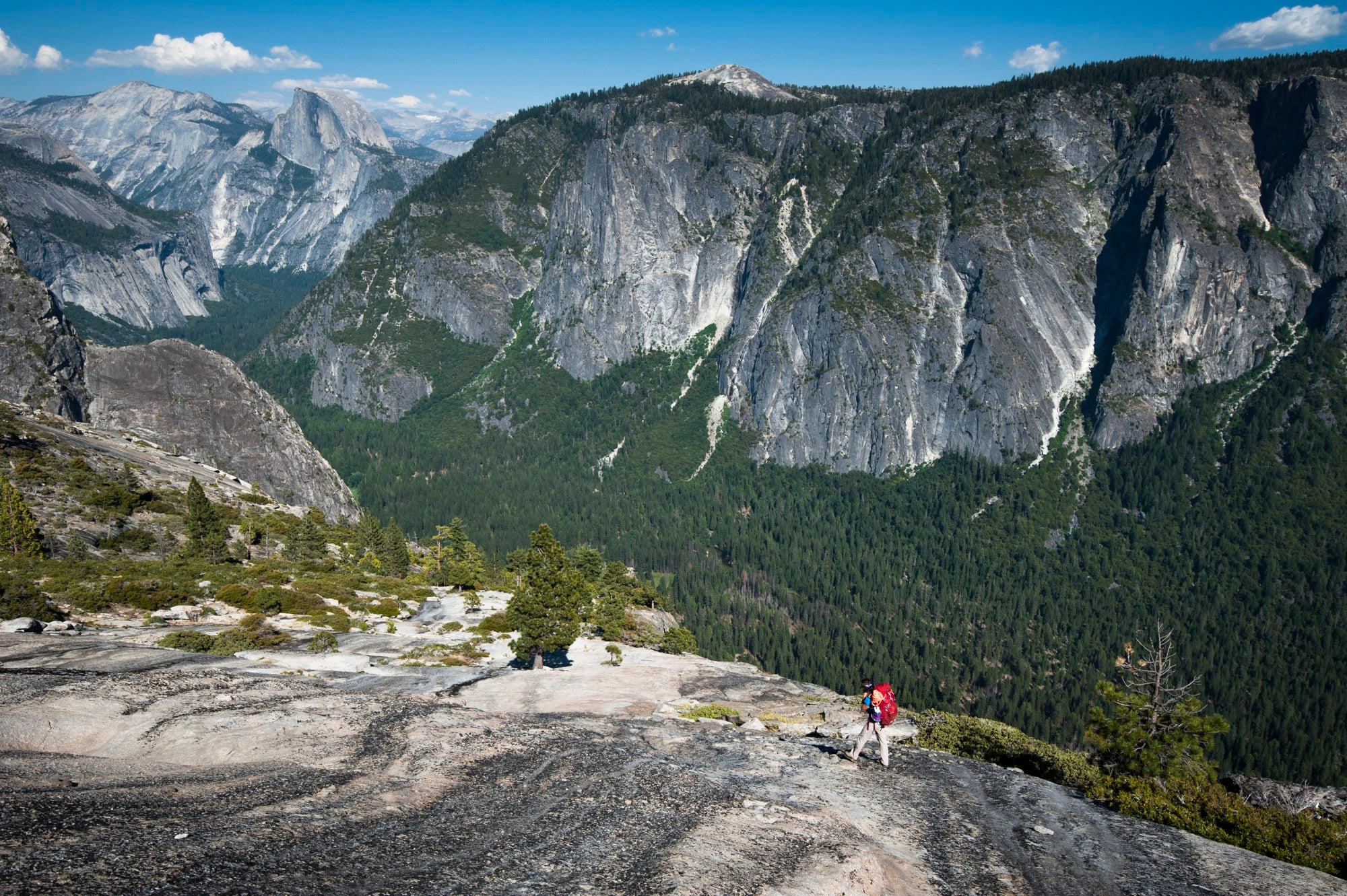 DENVER – Today, climbers from 5 different states—Colorado, New Hampshire, New York, North Carolina and Oregon—filed a class action suit against the state of California for holding an unfair monopoly on good granite, in violation of long-standing antitrust laws in place among the climbing community.

Colorado state representatives were particularly vocal in the press following the announcement of the suit, citing that “Yosemite Valley alone is an unfair monopoly. It’s like the Wal-Mart of climbing. They’re practically giving it away there.” One notable advocate of Colorado climbing was overheard in private quarters saying, “Come on, dude, we’ve got like 243 million climbers in the Front Range alone, and they’re all trying to squeeze into the same roadside crags. It’s just not fair!”

Although Coloradoans led the charge in the suit, climbers from the East Coast were quick to join in the complaints. According to James Jankensen, a well-known climber from New Hampshire, California’s monopolization of good granite is a direct affront to their very heritage as ‘The Granite State.’

“Sure,” Jankensen noted, “Cathedral and Cannon and all the good stuff up around North Conway are nice, but where’s our Incredible Hulk, our Tuolumne, our Tehipite Dome?”

Although there is a two-volume guidebook covering the climbing in the Adirondacks, New Yorkers across the board felt entitled to more good granite than their state offers. Meanwhile, North Carolinians felt that as the sole legitimate representative of granite climbing in the entire southeast, they should be able to bring to the table more than Looking Glass and a few granitic crags of lesser fame. Georgia neglected to join the suit, unaware that the Tallulah Gorge and Boat Rock did not qualify as world-class destinations.

Perhaps no climbing state had more cause for concern in the matter than that of Oregon. “We’re sandwiched between the two states with the best granite in the country, California and Washington,” climber Tina Turnare noted, “And yet somehow there’s literally no granite in our entire state. What gives?” This raised some eyebrows up in Washington, where a trusted representative of the community—which opted not to join in the suit—stated publicly (and somewhat cryptically), “There is no climbing in Washington, there is no granite in Washington, the monkeys are sending, #Yosemite, #Squamish, #Colorado, brah.” 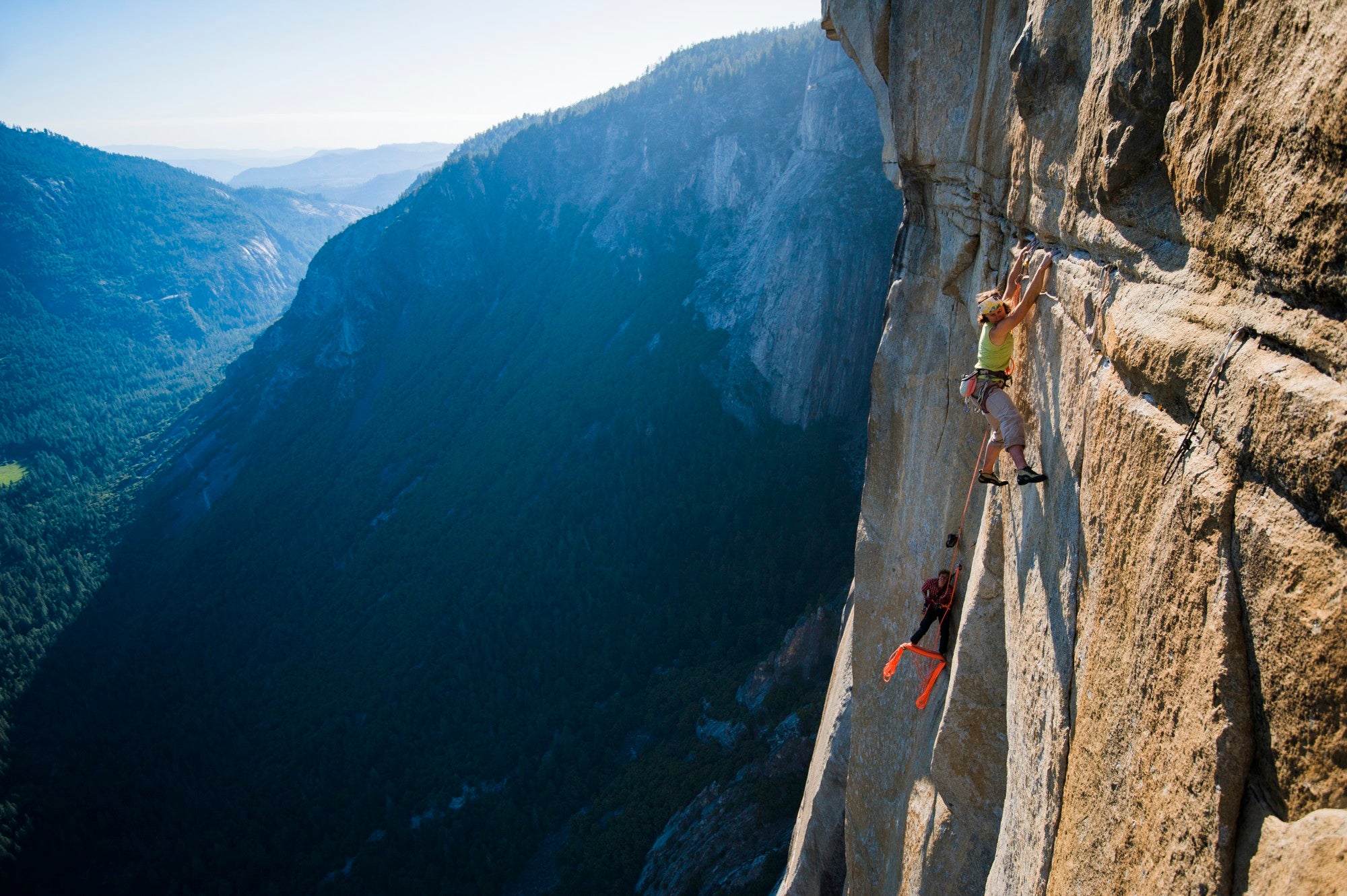 Still, not everyone from these states agree with the terms of the suit. When asked about their feelings, countless New York City climbers quipped, “Hello, ever heard of the Gunks? Best granite ever.” Some Oregon climbers were not aware that granite existed, and even maintained that one could survive on tuff and basalt alone. Meanwhile, Utahns were conspicuously quiet on the issue, as allegations begin to surface over their own burgeoning monopoly on sandstone splitters.

And of course, there was the expected backlash among Colorado climbers faced with the uncomfortable notion that any state’s climbing could be better than theirs. Following the press release, climbers from at least 273 different front range climbing gyms, hangboards, and homemade woodies took to the streets, chanting slogans such as, “Give em the Captain, we’ll take the Boulderado,” “Who needs the Needles when you have the Crestone Needle,” “Cut the Black some Slack,” and “Rocky trumps Yosemite dumps.”

In spite of the growing heat, California shows no sign of curbing their dominance of the granite world. New crags are getting developed almost daily, significant large trad routes on excellent stone are going up in the High Sierra in troves, and long-forgotten low-hanging fruit in places like Sequoia and King’s Canyon National Parks is getting plucked as we speak.

And California climbers aren’t stopping there. More than one anonymous California climber was overheard recently conjuring plans for a mission to Wyoming’s Wind River Range. When asked about the intrusive reconnaissance for future granite monopolization, Wyoming climbers were unfazed. “Oh, they come and they go. Usually the storms, the approaches, the mosquitos, or the grizzlies wring em out enough that they don’t come back.”

When asked to comment, representatives from Arizona, Idaho, Montana, and New Mexico all refused to make official statements. Probably there’s just no granite, or climbing, in any of those states.

*This report is perhaps a little, maybe partially, okay completely made up.