Learning The Secret To A Happy Climbing Life 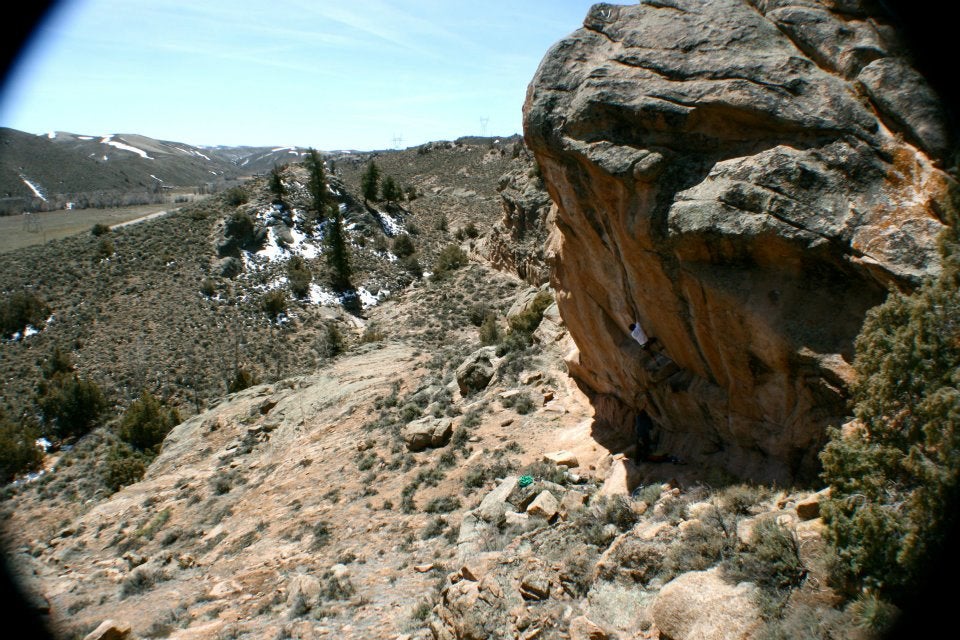 It was like twisting the lid off of an unopened Snapple bottle. All the psyche, the hope, and the confidence of the day before came crashing down in an instant.

After 2 shoulder surgeries in three years due to a labrum tear sustained while climbing, I decided to focus my area of study in college to exercise physiology. I loaded up on classes and finally had something I was truly excited to study: Injury. Who better to study the psychological and physiological repercussions of injuries than someone who seemed to be plagued by them? I spent hours between classes talking with professors, digging through articles, trying to gain as much knowledge as I could. I wanted to help others recover from injuries, but also, selfishly, hoped to spare myself from any more time spent away from climbing.

During the long recovery period after my second shoulder surgery, I spent my time exploring the cliffs and boulders around the Gunnison Valley, cleaning projects and bolting climbs. I couldn’t try any of them, but just exploring, being outside, and feeling the rock made the eight months without climbing bearable. One route in particular really caught my eye. A uniquely steep and featured line on a granite dome in the Hartman Rocks Recreation Area right outside of town. I dubbed it The Hartmans Project and it become my obsession.

As soon as I was cleared to climb, everything revolved around preparing myself for the route. Since the route was only 45 feet tall with no rests, I focused on bouldering. I would try the route periodically on weekends or after class, whenever I could find a partner. Some of my best friendships were forged deciphering moves and training late at the small campus woody. I imagined the seemingly super-human strength it would take to actually link the moves on this “impossible project.” After two years of throwing myself at the route, slowly gaining strength, I started to believe I could actually do it. Then one day it happened: I was at the last hard move of the climb, staring down the finish jug. I lurched toward it but came short by a fraction of an inch.

I was so excited that I skipped class the next morning to go back and try to send before the heat of the afternoon. This was it. I was going to do it. I had imagined sticking that last hold so many times over the years. How would it feel? Would I freak out? Or calmly mantle and walk off the back side? I was about to find out.

I didn’t have to be a physiology student to know what had just happened. The A4 pulley in my left ring finger had just ruptured. My season was over. I didn’t yell. I didn’t curse.

I got lowered off and calmly pulled my rope. I couldn’t believe it. I felt strong, I was about to send my multi-year project. It didn’t seem real. After a few hours, the reality set in. After the two shoulder injuries and now this finger injury, I felt defeated. I accepted that I might never reach a high level of performance again. After my studies, I knew all too well what this type of injury could mean for my climbing.

The next week, a good friend of mine, Ben Spannuth, came out to Gunnison to try his hand at the Hartmans Project. At that point, I just wanted to see someone climb the route. Just to see with my two eyes, after all those years, that it was possible. So I took over belay duty and after two weeks of effort, Ben prevailed, dubbing the route “Cobra Strike” (5.14b). 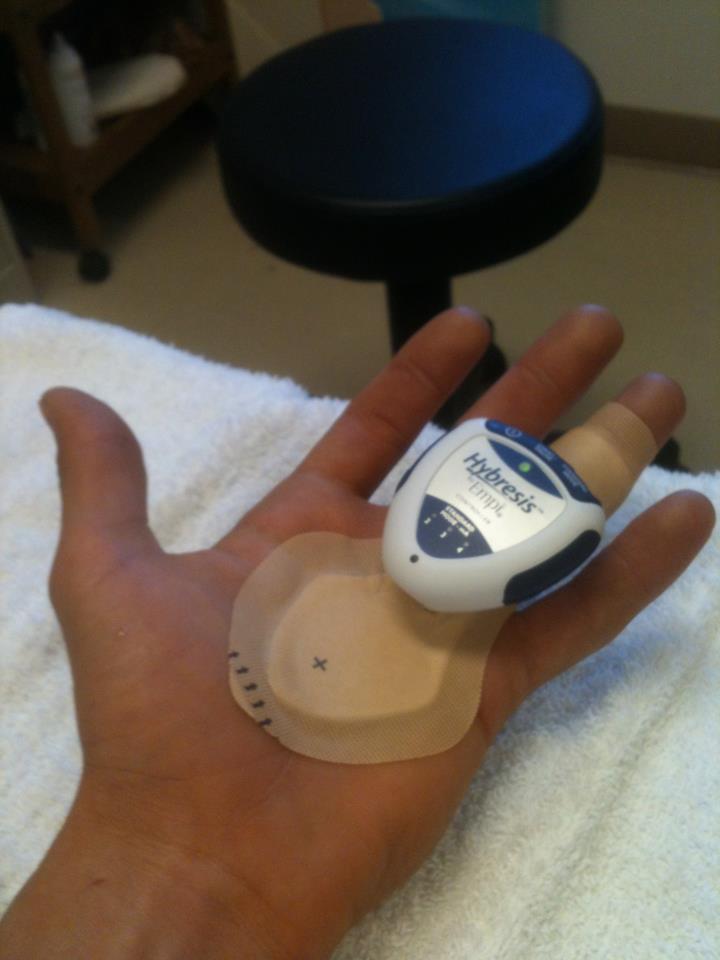 I fell reluctantly into my recovery, not expecting much. Weeks of physical therapy dragged on. I graduated college. I went back to my job coaching the Earth Treks Climbing Team in Maryland. I let myself go. I couldn’t even hang on a pull-up bar. What was the point in being strong?

One day, at the end of practice, I decided to join the team in one of my notorious core workouts. I couldn’t do it.

One of the kids on the team chimed in,

Holy crap! I had gotten weak! What was I doing?! Was I going to be content to just give up? Not even try to push myself to see if I could recover from my injury? Give up on grabbing that finish hold entirely?

At first I still couldn’t hold a pull-up bar or even a dumbbell. I dove back into my textbooks and created heinous workout circuits. I used webbing to make wrist straps so I could hang on the pull up bar for core and pull exercises. I habitually massaged my finger throughout the day. I went to sleep imagining my pulley healing stronger than it was before. I dreamt of that finish hold.

Progress came slowly and painfully. In a month I could hang on a pull-up bar. A few weeks later, I could hold onto slopers. Two months later, I was on to open-hand edges and jugs. I started climbing again. It was humbling. Six months prior, I had been climbing V12. Now I couldn’t climb V4.

My shoulder injuries had put me in a similar position years earlier. This was familiar territory, but I decided to enjoy it this time. Celebrating each new V grade like it was my first, jumping up and down with excitement after my first pain-free crimp. In nine months I was back to climbing V10 and I would crimp occasionally, but I was still hesitant to put too much strain on my finger. I was having a hard time accepting that my finger had healed. I kept holding back.

Earth Treks announced that it was building a new gym in Golden, Colo. I was more than excited to be hired as the Head Coach for this amazing new facility. Before the gym opened, I decided to take an extended road trip, back to Western Colorado, back to Cobra Strike. I had to at least try it in order to move on.

I didn’t freak out at the lip. I was in too much shock. I held it together for the mantle and scampered up the easy 20-foot slab to top out. I untied the rope, dropped it off the edge of the cliff, and lay down. I thought back to the day I ruptured my pulley. I though about how I almost just gave up.

Then I yelled as loud as I could.

From that point on, climbing was different. I had gained a calmness about the whole endeavor that I, like most climbers in their early 20s, had previously lacked. I had learned to train, but also listen to my body. I had learned to take my climbing seriously, but to hold my goals loosely. Most importantly, I relearned to take joy in the process, to engage in the journey without being preoccupied with the destination.

This past week I took a bouldering trip to Joe’s Valley for my 25th birthday. The goal of the trip was to work on the famous Ben Moon V13, Black Lung. I had never climbed a boulder of this difficulty and I was prepared to spend the whole week trying it. I wasn’t even that worried about sending it. I just wanted to try hard on an amazing boulder and spend a week in the desert.

A light mind leads to a light body. I sent Black Lung in about 45 minutes on the first morning of the trip. By the end of the trip I had blown my own mind, ticking off all of these boulders within five climbing days:

As I write this on my couch in my apartment in Colorado, that I share with my beautiful girlfriend, getting ready to go to work tomorrow doing a job that I love, sharing an activity that has taught me so much, I can’t help but think back again to that *POP.* I remember the dread I felt in that instant. I remember how I almost gave up. I remember how different my life could have been. I used to wish I had never hurt my finger. Sitting here now, I’m glad I did. 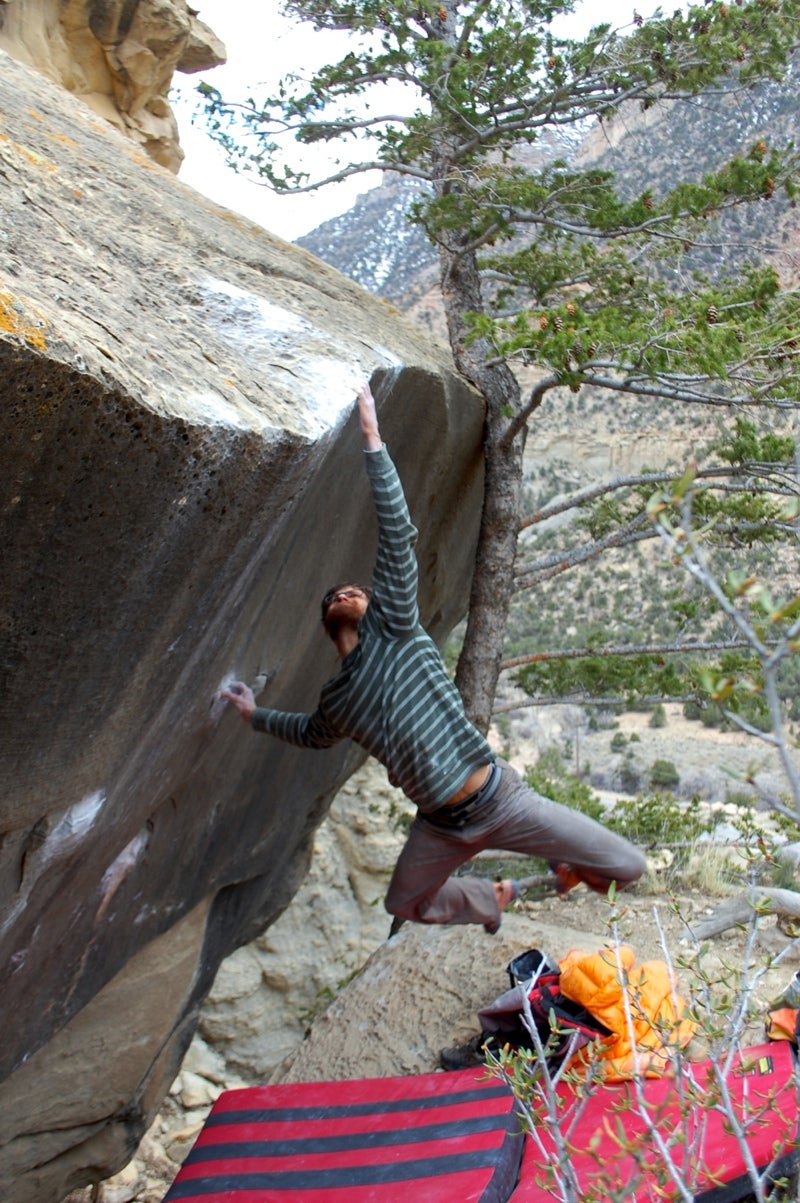