Learning To Love Stout, Run-out Trad In The UK 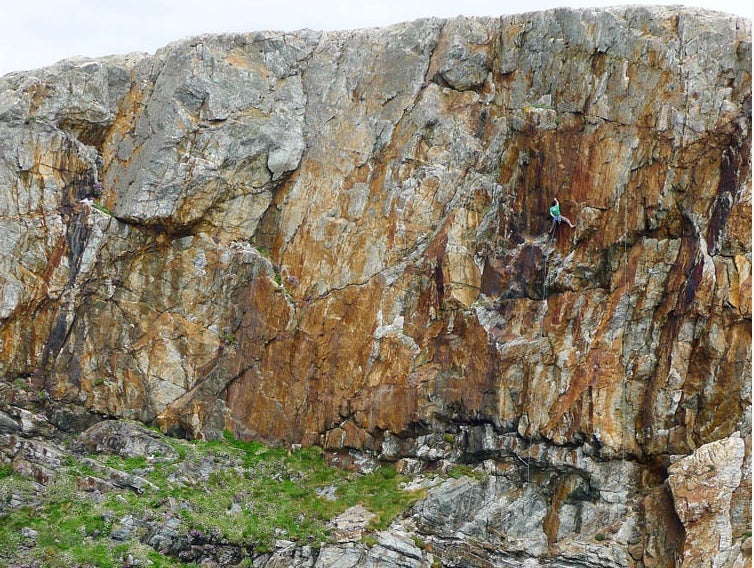 I am thoroughly wowed. The traditional, bold, super-engaging cragging my wife and I discovered around the Welsh town of Llanberis in May made a bold impression.

Powerful memories of committing climbing on a recent trip to Scotland had provided inspiration for some great days out back home in New Hampshire the following winters. But the style of winter climbing so beloved in Scotland was very similar to the ethics I was used to back home. Wales, on the other hand, was a whole different ballgame.

Anne and I rented a car at Heathrow airport after a visit to her cousins in London and some time with family. We arrived in Wales on the Saturday of a bank holiday—or three-day— weekend, and our first sight once in Llanberis Pass was a helicopter rescue on a crag about 10 minutes from the road.

We met our good friend Nick Bullock and his wonderful girlfriend Katy Forrester at a Llanberis pub that night and made plans to head out to the Dinas Cromlich, home to the well known Cenotaph Corner. This proved to be a great introduction to the world of UK rock climbing. Not only was the little crag, with a third-class approach, utterly packed with people, there were multiple parties climbing the equivalent of run-out 5.11.

It can be difficult to find virgin trad lines around my New Hampshire home. As a result, my good friends and I end up scouring the scruffy local unclimbed crags to develop sport climbs. Despite the traditional ethic that was still pinned to the area as late as the 1990s, New Hampshire and adjacent western Maine have become a sport climber’s delight. Well-protected routes, ladders and fixed ropes have been pervasive in the Northeast. North Conway’s history has involved bolting since its earliest routes, and in the intervening years, the locals have allowed plenty of the hardware of convenience to settle in and become accepted. The UK is very different. While there are areas where sport climbing is accepted, most places are bolt free. No anchor bolts, no protection bolts. Nothing. It isn’t contested, but embraced; and it’s an obvious source of pride. With admiration, the locals speak of scary routes repeated only a handful of times.

As I was trying to wrap my head around this, launching up seemingly blank faces with a bunch of cams and a few extra borrowed nuts, it became an inspiration. It just felt so good: Hard-to-spot, unexpected lines go up faces with horns to sling, threads to weave, flaring cracks and overhanging, gymnastic movement. So incredibly pumpy, so visceral, so memorable. It took a few days, but after my first day at Gogarth, climbing a sporty little two-pitch route and topping out in a drizzle with the Irish Sea crashing below, this became more than just a climbing trip. I was falling in love.