Making The Best Of A Tough Season In Patagonia 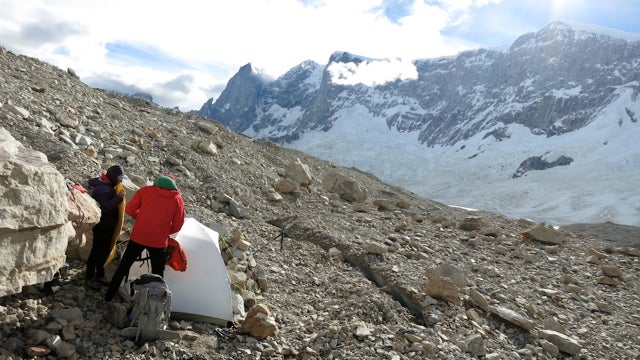 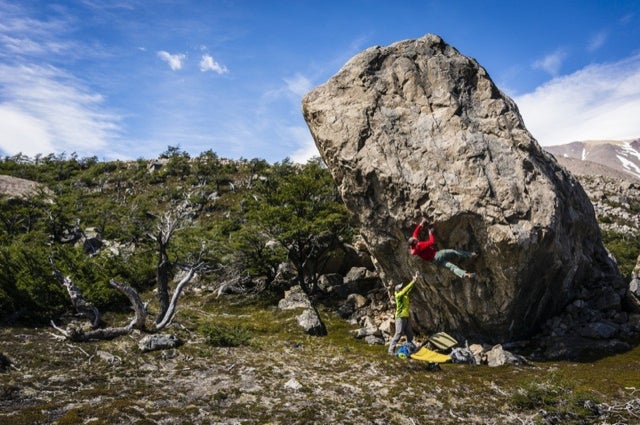 In mid-November, with Josh Wharton and Mikey Schaefer, I made the long journey to Perito Moreno National Park, Patagonia, Argentina, and to the base of Cerro San Lorenzo. Our intention was to climb a new route in alpine style on its unclimbed east face. Over the years, several strong parties had visited this area, and like them, we left Cerro San Lorenzo without setting foot on it. From an outsider's perspective, this may seem like a failure or a wasted trip, but to me it was neither.

During the five weeks we were in Patagonia, the weather was pretty bad for alpine climbing, with little to no action where we were or in the nearby Fitz Roy massif. While we waited for the elusive weather window to arrive, we busied ourselves developing what would certainly be a destination bouldering area were it not hundreds of kilometers and a five hour walk from the closest airport. We had first-hand information from past climbers that, "the boulders are very good." In all, we established close to fifty new boulder problems.

The days came and went, and typically we found ourselves tired and hungry as the sun set, fingers shredded and forearms pumped from another great day scrubbing and then sending new problems. The tall boulders coupled with our meager pad selection made my knees wary of climbing too high. But Josh seemed undeterred and unlocked the sequences of a couple beautiful high-balls. Mikey, a self-proclaimed "non-boulderer," made huge gains in the discipline, making quick work of some of the hardest lines. I think he upped his pervious V-max by two full number grades, not to mention talking Josh into letting him keep our pads for the remainder of his season in El Chalten.

Personally, I had good days and bad days on the boulders. I did send a few hard problems, but I also struggled with motivation, wishing we were alpine climbing! During our last week in Patagonia, I managed to send my hardest boulder problem yet at V8. On our last possible climbing day of the trip, while discovering a new boulder, I heard a creaky pop in my left index finger and knew my trip was over. At least it happened at a time when all I had left to send was our two-day journey back home to my family.

Josh, Mikey and I would like to extend a huge thank you to the Mugs Stump Award, without which we never could have even thought about climbing Cerro San Lorenzo. While we did not climb onto the east face of San Lorenzo, we did gain a grade VI haul bag worth of information for those curious about the area - much of which was gleaned from the invaluable knowledge of Rolando Garibotti. We also gained first-hand information on what it might take to weave a path up the enormous east face. The walls of the Fitz Roy massif are riddled with cracks and often times have highly featured stone, but what we found in the San Lorenzo area was blank by comparison. Teams wishing to climb here in the future would do well to stock their packs with copious thin pitons and, while I can't believe I'm saying it, bolts. Judging by what we discovered, a protracted big-wall approach may offer the best chance of success on this massive wall.