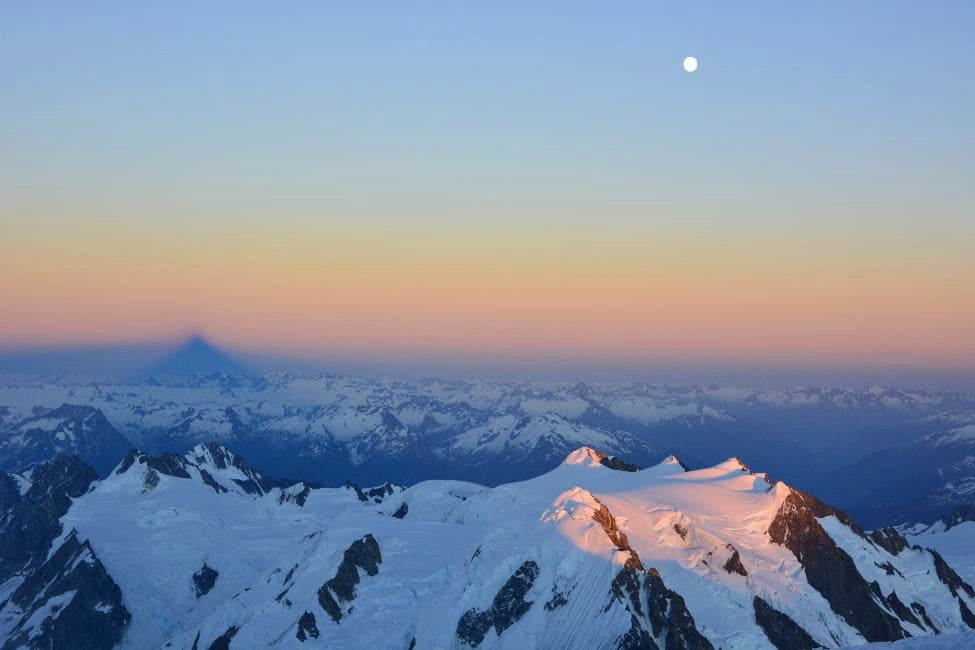 Growing up directly on the Strait of Georgia on Northeast Vancouver Island, I stared at the panorama of the Coast Range across the Strait each breakfast. I watched those magnificent mountains appear each May above the waters—perfect images of forested slopes giving way to snow-capped summits. In the picture perfect Coastal British Columbia summers, my childhood friends and I would troll around on the beach collecting logs for homemade rafts. I would slip into day dreams of crossing the Strait and imagined climbing through their valleys, along their ridges and up to their peaks. By October, those magnificent mountains disappeared behind a blanket of clouds and mist. Rare clear winter days gave me magnificent glimpses of these white cloaked mountains rising above the turbulent winter sea. I’d like to believe that’s where my Waddington dream started!

On July 20th, 2013, Tim Halder, Joe Sambataro and I completed the second ascent of the McNerthney Pillar (ED 1/2, 5.10 mixed) on the north face of 13,185-foot Mount Waddington in the Canadian Coast Range, a full 27 years after its first ascent. This route was first completed by the McNerthney brothers, Pat and Dan McNerthney, back in 1986. Despite the appeal of this beautiful rock pillar and “providing far and away the most powerful climbing line of this face of Waddington,” it had yet to see a repeat ascent.

After Waddington, we explored the West Face of Biscupid Tower in the Stilletto cirque, potentially climbing a new route, and then visited the upper reaches of the Upper Tellot Glacier, sneaking in a climb of Serra One before returning to Sunny Knob for our helicopter flight out of the range.

Don Serl classifies the Waddington Range as “one of world’s Great Ranges” and after this expedition, I can see why! The beauty, scale, complexities and remoteness of the range is staggering. Any trip into this range is guaranteed to generate a grand adventure!