How Meeting One Man Changed The Way I Think About Mountains

Joachim Apitz is an educated man. He is old now. At the time of the story I am about to tell you he had just reached retirement age and I was a punk in my mid twenties.

Joachim’s problem was that he had not grown up in the so-called free world. He was born in Dresden, East Germany, eventually becoming an engineer and dreaming his entire life of seeing and maybe climbing the Alps.

That is where I grew up.

He had done quite a bit of climbing himself in the East German climbing mecca of Elbsandstein, which has been a protected area since 1956 thanks to a few visionary people. It was later popularized by Climbing Star Bernd Arnold. It kept him sane—he said. I had just become an aspiring Swiss Mountain Guide. After “the Wall” came down in 1989, he started saving his Deutschmarks, and in 1994 he made his dream come true. He and his wife Else were on their way to the Swiss Alps.

That is how he and Else walked into my father’s post office in the little town of Stalden a half-hour drive south of Zermatt and the famed Matterhorn. They had just come in for directions, but a nice conversation and a couple glasses of wine later, my parents offered up their little studio apartment in Saas-Fee, yet another amazing mountain town one valley east of Zermatt. 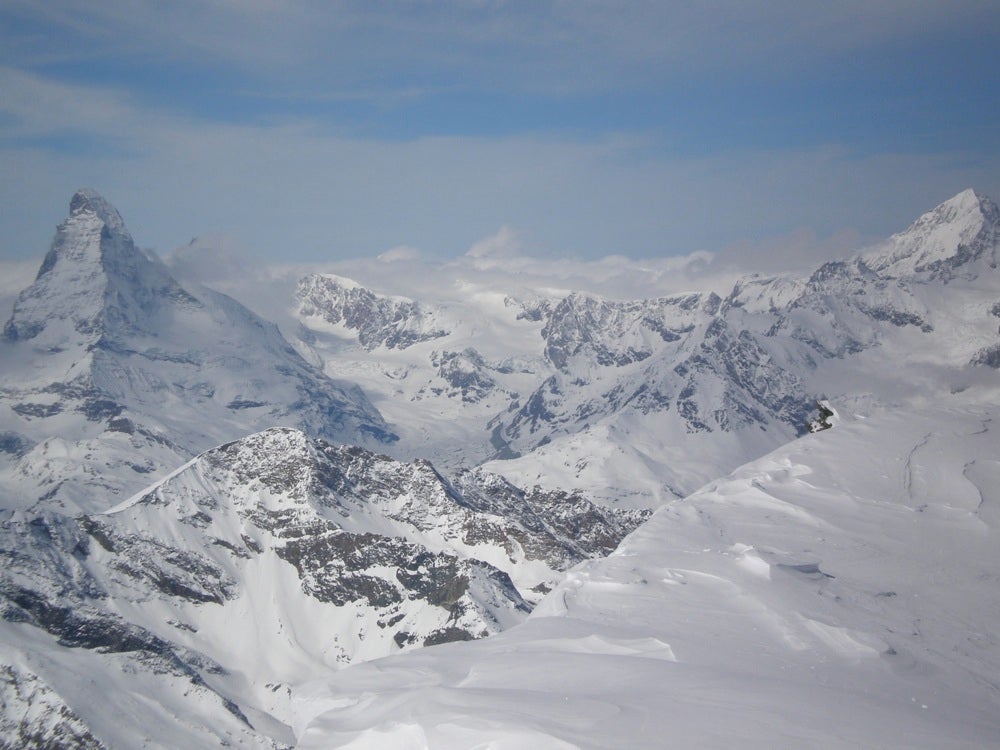 I met Joachim a few days later in Saas-Fee after I’d just come down from the easy glacier summit of the Allalin. Joachim and Else had been hiking on the trails below the majestic peaks. He kept asking me questions about the mountains above and told me that there had been a photo of the Matterhorn hanging above his desk for 30 years. For the most part, he had thought that he would never get out of East Germany, let alone see the Matterhorn. There was no way he was going to be able to climb it now at his age, let alone afford a guide.

I was young and had extra time. And there was an amazing honesty about this man. So I offered to take him up the Allalin. I did not tell him that we were going to have an amazing view of the Matterhorn from the summit. I got him equipped in town and the next day we made it up the Allalin in perfect conditions. Just as we crested the summit ridge, we got this clear view of the Matterhorn and when Joachim reached the summit, he touched the cold metal summit cross and fell to his knees and cried. Through his sobs I could hear him say: “Dear God, I cannot believe, you are letting me live this day.” It was maybe the first time in my life it became clear to me that I had lived a life of too many blessings and not enough appreciation. He had waited literally his entire adult life for a moment like this, deprived of all the freedoms we enjoy on a daily basis.

Many “thank you’s” later we parted ways in Saas Fee. I have not seen him or Else since, but my parents kept in touch and apparently they have not stopped travelling. He is 84 now. 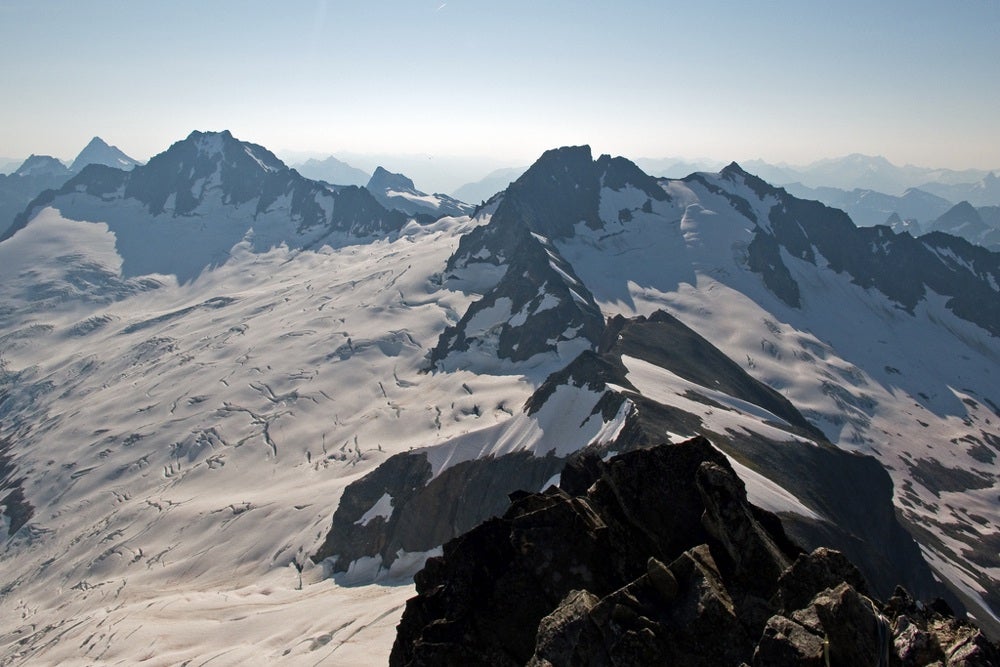 I moved to the United States a couple of years later and discovered the savage beauty of the North Cascades. The first time I travelled deep into the rugged valleys, I felt like I might have found what I had been missing in the Swiss Alps. In my naïveté I thought it simply was untrammeled American wilderness and I remained oblivious to the fact that many resource extraction companies had their eyes on some of the most beautiful valleys in the Cascade Range. Had it not been for men and women with great conservation foresight, I might not have experienced that level of inspiration and awe—those moments I had imagined for years.

Once I started having kids, I started telling them about mountains of raw beauty in their own backyard and it started painting a picture in their mind. Recently, my almost-adult daughter returned from a trip to Hidden Lakes Peak. It was her first solo foray into the mountains she had heard so much about. And just like Joachim and myself, she found something even more impressive than what she had imagined, thanks to men and women who fought for our blessings. 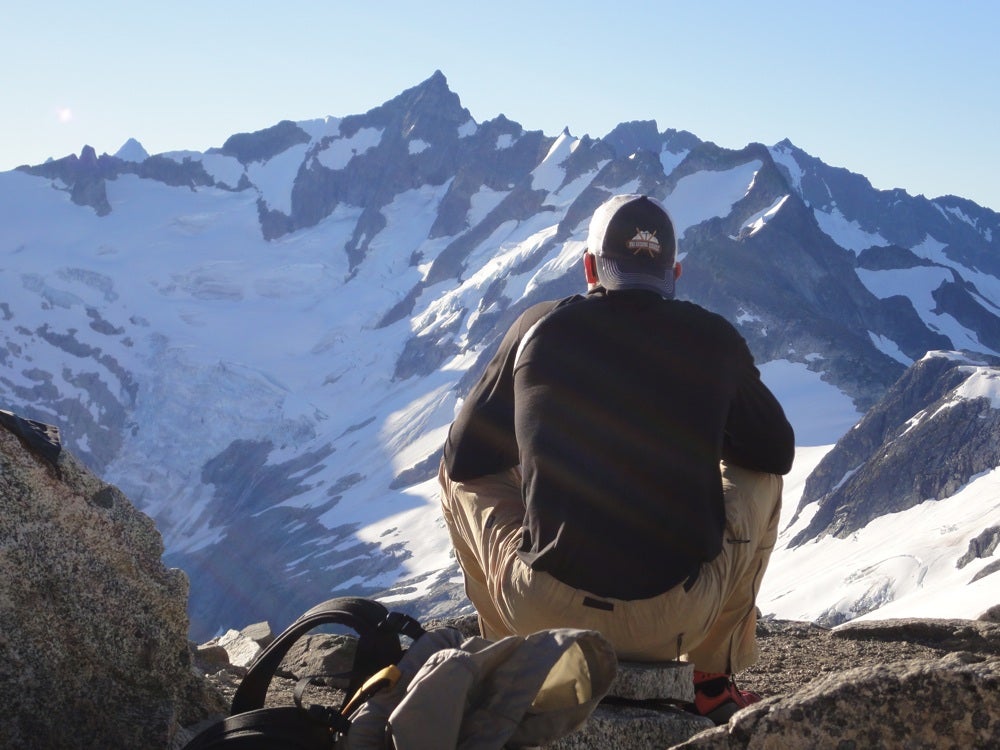