MountainProject.com Route of the Week: Orbit 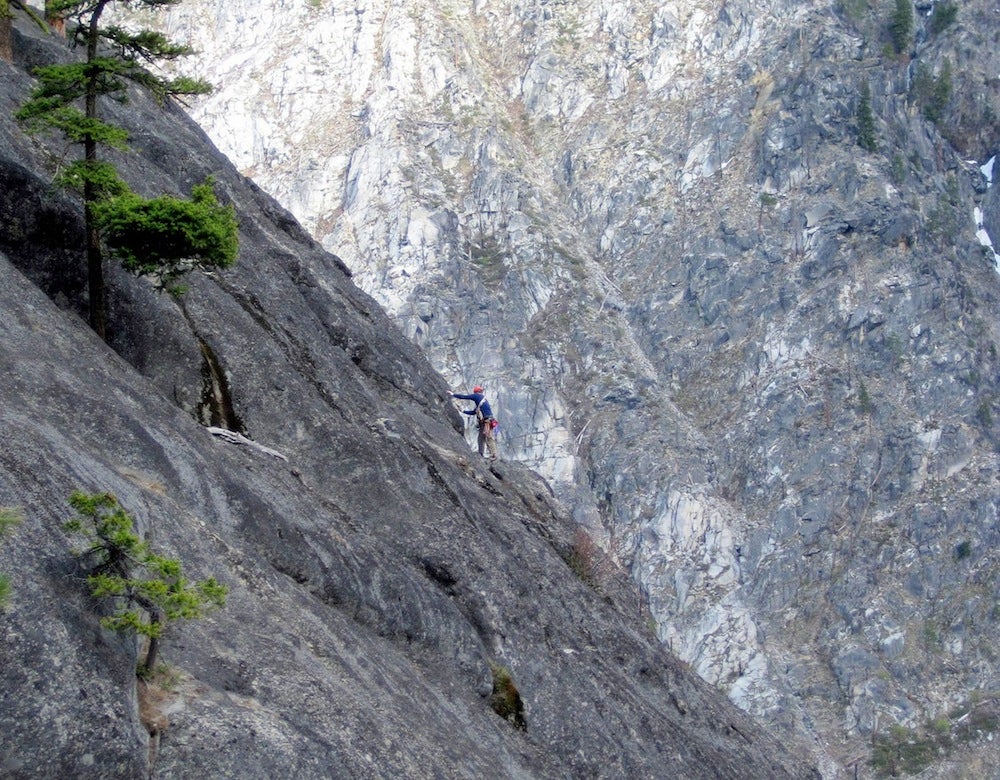 Of the hundreds of routes I’ve climbed in the Leavenworth area, Orbit is undoubtably one of my favorites. Perched above a tributary to Icicle Creek, about 5 miles from town, Orbit is one of the most well known climbs on Snow Creek Wall. Though there is some crack climbing and the lower pitches follow a few short corners reminiscent of most granite routes, the climb’s standout pitches head up featured faces covered in golden patina edges, slanting rails, and giant diorite knobs.

Orbit was established by a boot-clad and pin-pounding Fred Beckey and Dan Davis in 1962, on a wall full of moss and devoid of climbers. When you do Orbit, think about launching out onto the headwall pitches, exciting even with amazing modern gear and the stickiest rubber shoes, but picture doing it in stiff lugged soles, with a heavy rack of pitons and a hammer swinging around your shoulder. Orbit is easy enough to be an accessible and friendly challenge to the casual climber, but memorable, surprising, and exposed enough to be a great choice for those who usually would not bother with a 5.8.

The line follows the left margin of Snow Creek Wall, generally facing east or southeast. Expect morning sun, PM shade, and conditions a bit breezier and cooler than in town. If you climb in the summer, the route’s 800’ can be dispatched in the shade after you’ve spent the morning sitting by the river reading the description and figuring out your rack. Orbit is a climb where lots of slings and a good variety of small and medium sized gear is in handy - there’s no long hand crack like on nearby Outer Space, but you will find yourself wandering around a bit and supplementing the old bolts and pitons with a variety of wires, tricams, and small cams.

For more beta and photos, check out MountainProject.com’s page on Orbit [LINK].

Guidebook: Orbit is described in Selected Climbs in the Cascades by Nelson and Potterfield [LINK], and by Viktor Kramar in Leavenworth Rock Climbs [LINK]