New Hotel On Mount Washington? A Climber Says No 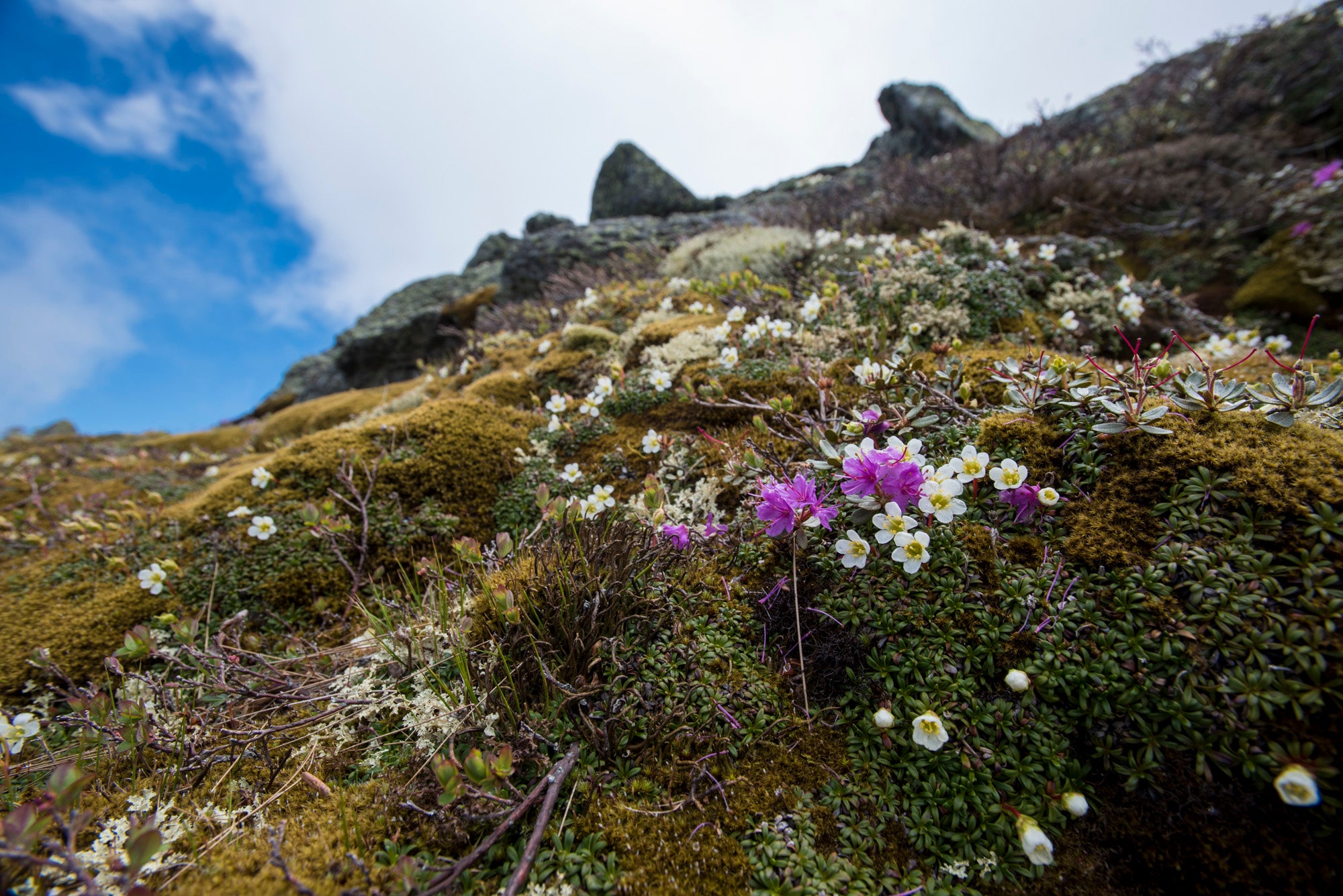 At 6,288 feet, Mount Washington’s height and features might not add up to much—but the mountain, the tallest in New Hampshire’s Presidential Range, hosts some of the only above-treeline terrain on the East Coast. In the winter months, storms and wind lash Mount Washington with Himalayan fury. Come summer, the snow melts to reveal an ecosystem of fragile alpine plants—on a mere .07 percent of New Hampshire’s landmass. In that eight square miles of alpine zone, 63 of 70 plant species are either endangered or threatened in the state of New Hampshire.

Alongside this natural history exists an incredibly human one. The summit can be reached by road, by trail, or by train. A visitor center and weather observatory greet tourists.
On a mountain pocked with buildings, it’s difficult to decide where, if anywhere, to draw the line for new development. Mount Washington is not a “wild place.” On a busy summer day, thousands of people visit the summit. People bounce down on pogo sticks, drive up in snow cats, take trains and helicopters and cars and motorcycles to the summit. In springtime, city folks swarm into Tuckerman’s ravine to blast music, somersault down the infamous headwall on skis, and drink beers on the porch of one of Mount Washington’s many structures. 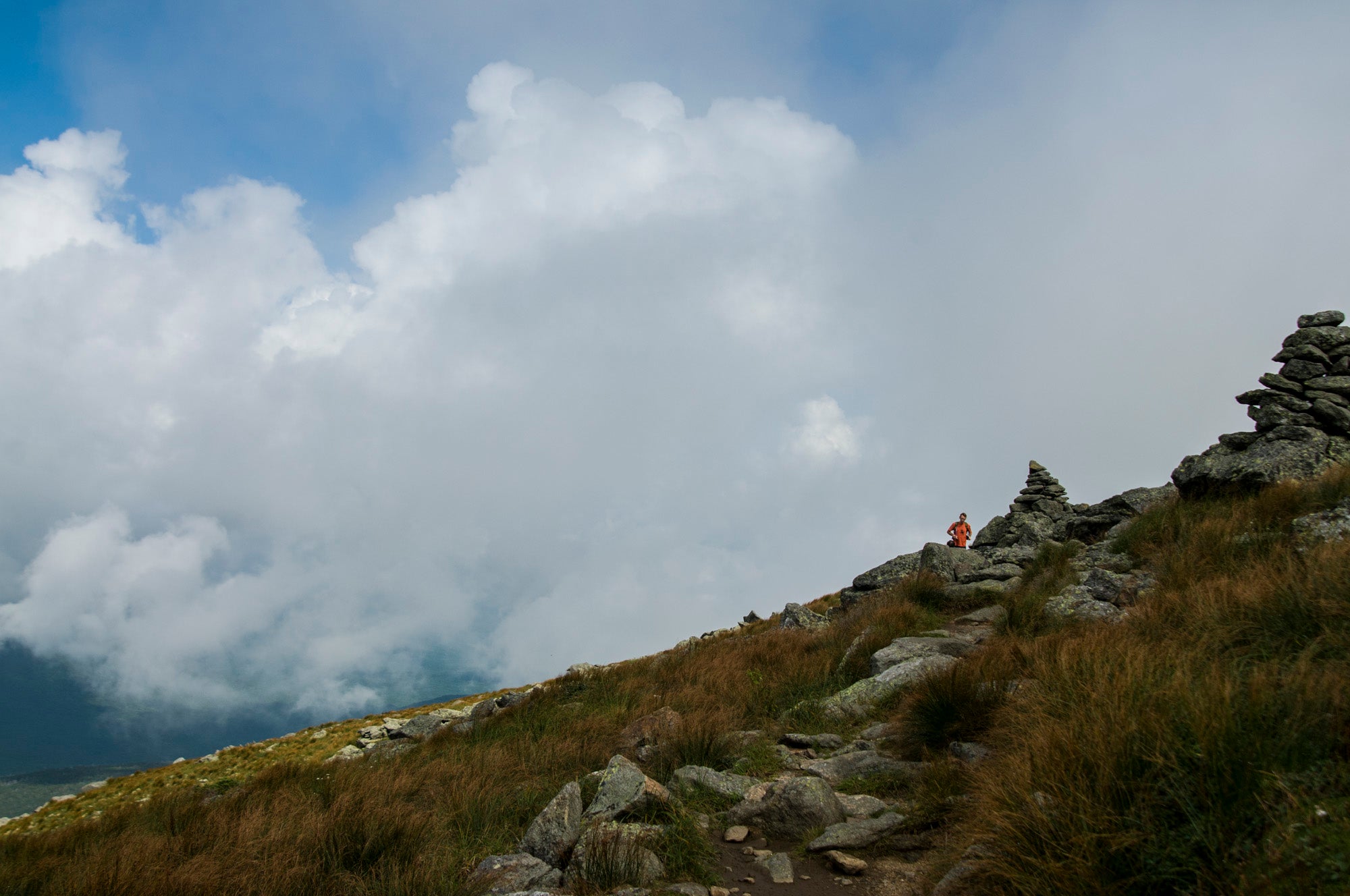 Amidst this chaos, though, resides another mountain entirely. I distinctly remember, at age fifteen, topping out on a wind-scoured Alpine Garden after climbing Yale Gully.  Clouds, as they usually do, obscured the summit, and for a moment, as I slumped down in the snow, gaiters ripped, Dachstein mitts soaking wet, helmet cocked to one side of my teenage head, I sat and stubbornly decided that mountain climbing was what I would do with my life. Now, when I top out on Huntington Ravine, 15 years later, I still think of that. I’ve climbed mountains in places I’d only dreamed of, with men and women I’d only read about in books.

And this mountain still delivers. Last week, Ryan Driscoll, Justin Guarino and I traversed the Presidential Range and climbed five snow and ice gullies in five ravines along the way: a marathon day encompassing 13,000 feet of elevation gain, 27 miles of hiking and 5,000 feet of climbing up to WI4. We saw three people in the 20 hours it took us, and the place felt utterly Alaskan. How could such a thing exist only five miles from my home? I found myself wondering as we crisscrossed endless feet of neve and water ice and schist. I could not fathom a hotel plunked smack dab in the middle of all this. 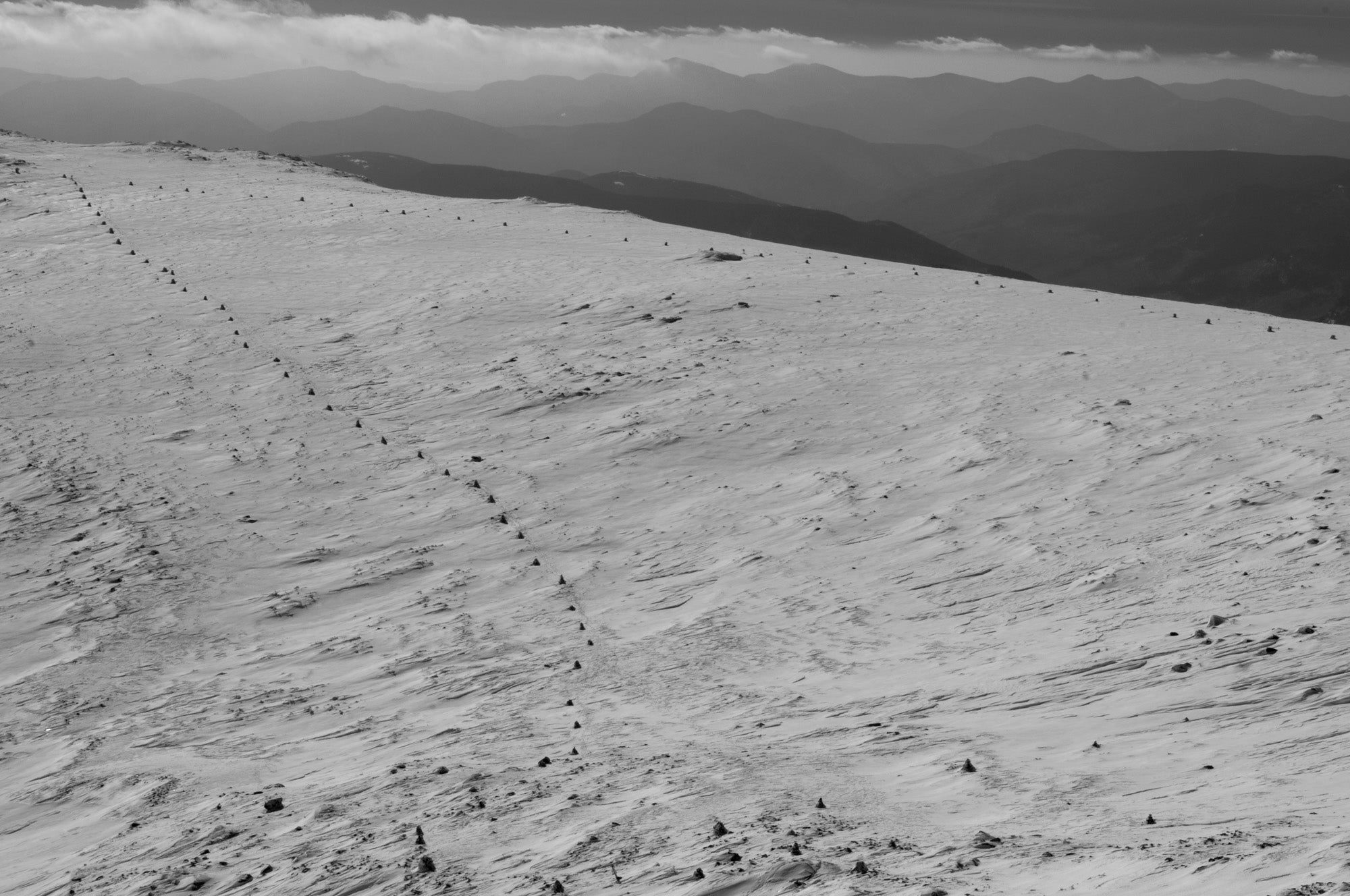 For me—and I suspect, for many others—our civilized little mountain has led us to many greater ones, has driven people toward resourcefulness and conservation, has engendered a sense of what the wilds of the world truly are. But Mount Washington’s wildness isn’t guaranteed to stay that way—and a proposed new hotel would definitely change things. The building would sit practically at the top of the Great Gulf, one of the wildest cirques in the Presidentials, home to some of the Northeast’s most storied, and longest, backcountry ski descents. 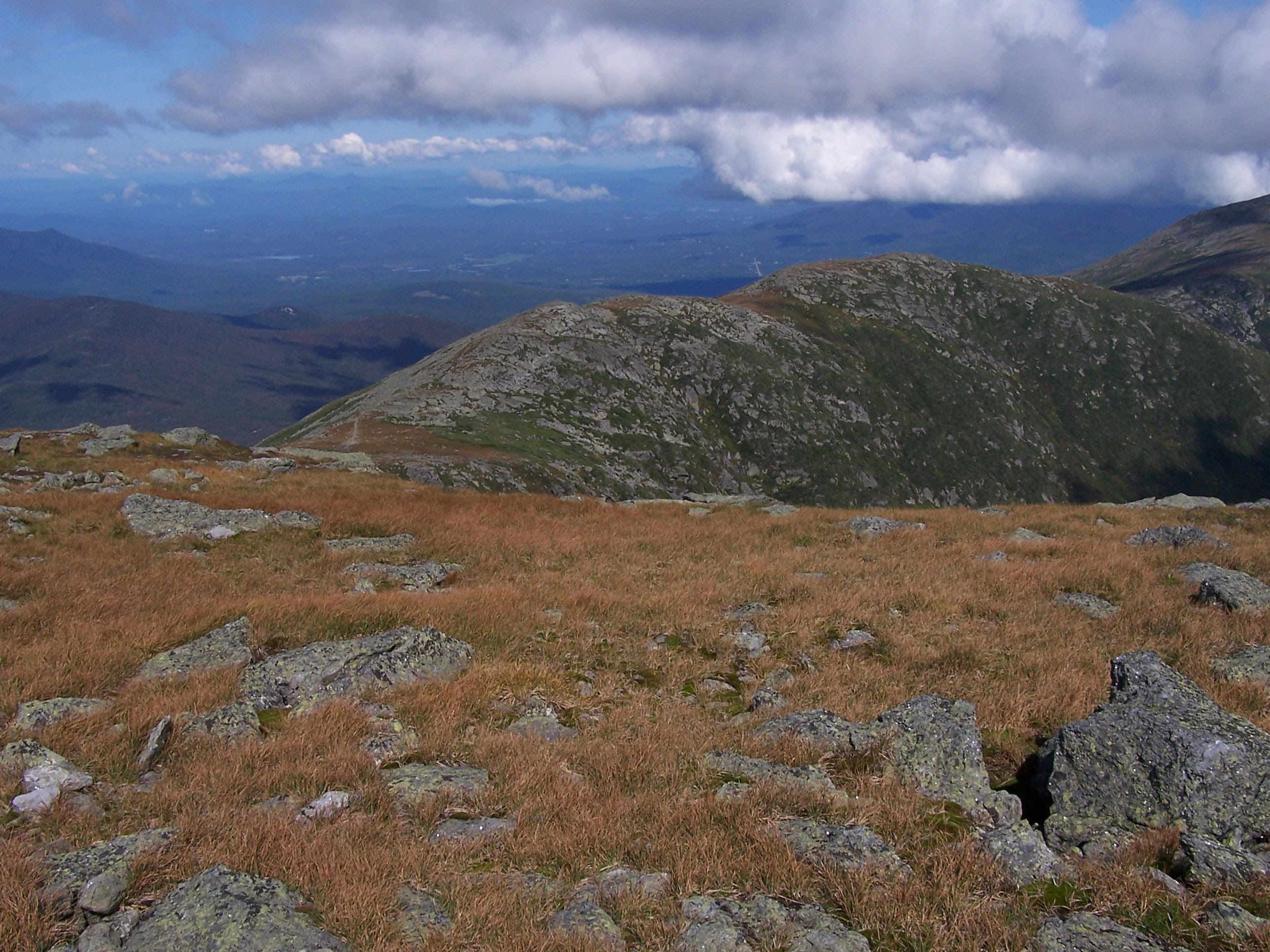 The irony of seeking profit from building in a beautiful place—which is what the Cog Railway aims to do, with a proposed 35-room hotel halfway up its tracks on the western side of the mountain—is that, with enough infrastructure, the place ceases to be beautiful. It loses the very draw the Cog wishes to further exploit.

I’m aware—painfully aware—that Mount Washington has buildings already. But most of them have existed in one form or another for 50 or more years. To consider building another one is to travel backward in mindset. Is the Cog Railway so uncreative it needs to reach back to an antiquated idea to turn a profit? Do they plan to educate their guests about the fragile alpine environment outside of their 99-foot-wide swath of land? 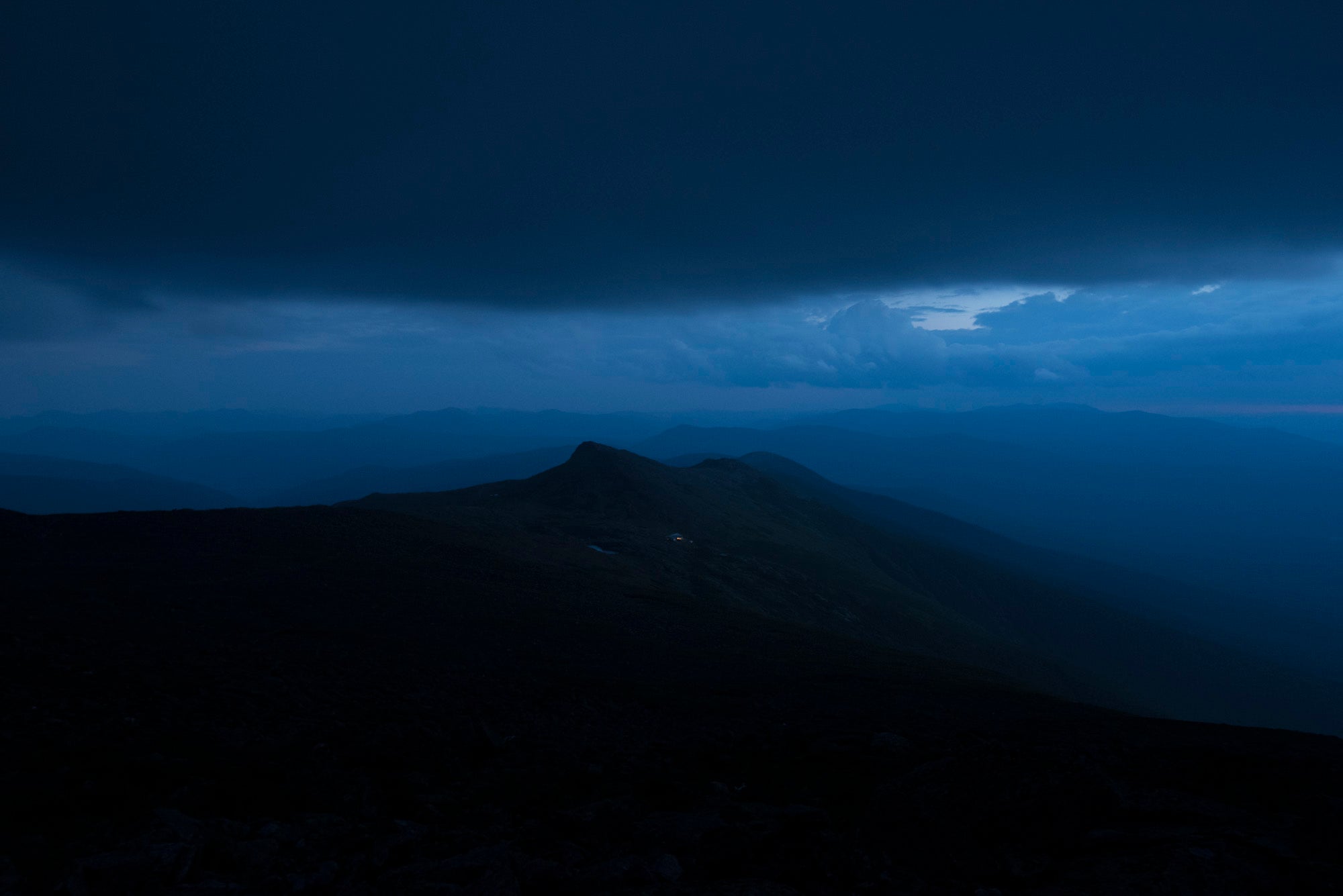 New Englanders, unlike people in the Cascades or Colorado, don’t have another set of mountains they can turn to when one becomes overcrowded or too popular. We have buildings enough. Please don’t add any more.

For more information about the proposed hotel, visit ProtectMountWashington.org.