On Feeling Fear, But Doing It Anyway 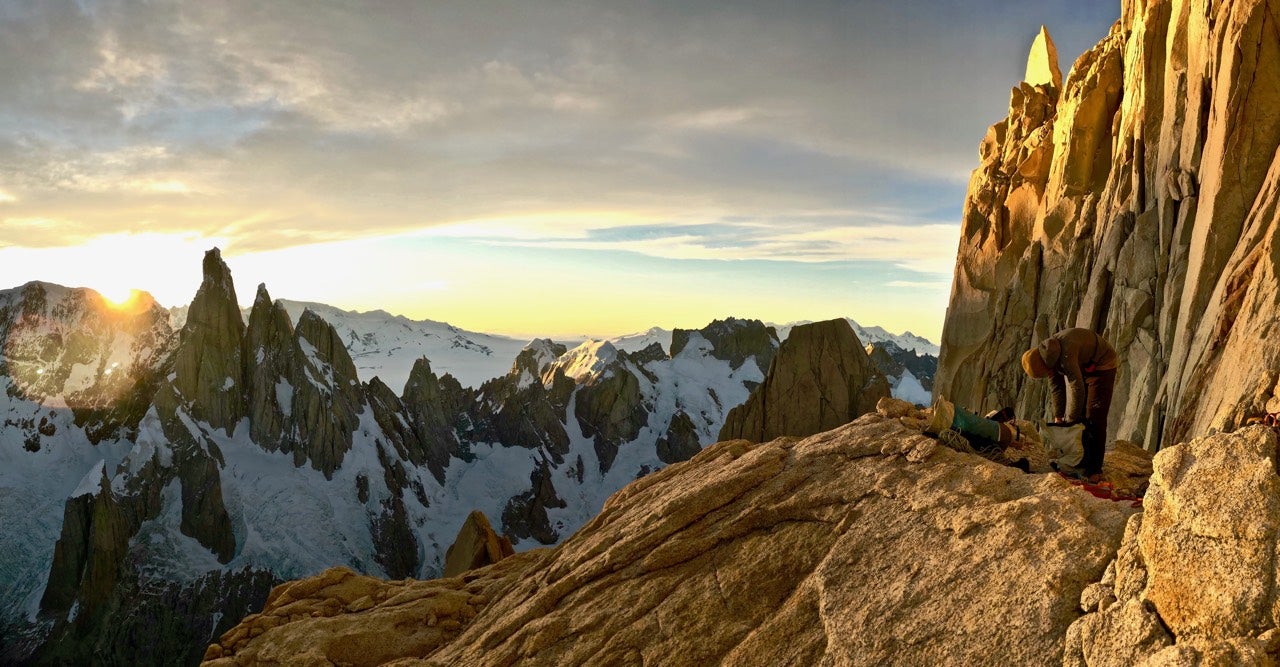 The last message I received before I walked out of El Chalten, a small mountain town at the base of both the Torre and Fitz Roy Massifs in southern Argentina, was from my stepmother. Being a Northern Cheyenne woman, she reminded me to perform a tobacco offering before I started up the climb.

I saw the message and was immediately transported into memories. Fourteen-year-old me sat in a Northern Cheyenne sweat lodge, hearing the distinct sizzling of water being poured onto the scalding hot rocks in the center of our circle. My eyes shut as the steam washed over me, my head spun and my nostrils burned with the scent of sage. My entire existence harmonized as the medicine man sang the same songs his people have been singing for thousands of years.

I shook off my deep reminiscence, made sure we had tobacco with us, and left El Chalten behind.

RELATED: Speak To Me Softly

Two days later, my partner Ian Doddz and I sat at the base of Aguja Poincenot, 3,000 feet above the glacial valley below and 6,000 feet beneath Poincenot’s summit. The stars began to grow dim as the very first licks of sunlight shattered the darkness. I asked Ian for the tobacco. We sat, surrendering a few moments to the offering before we began our journey upward.

Two thousand feet of adventurous climbing involving many short, difficult steps led to the steep headwall. Ian explained that he’d like me to take the first lead. With my stomach tied in a knot of intimidation, again, I was transported in my mind.

RELATED: Want To Climb In Patagonia? Read This First

This time, I was 10 years old. My dad and I had returned to attempt an ascent of Granite Peak, the highest peak in Montana. We had attempted the rather difficult summit the two years prior, only to be turned back first by a 50-foot fall I took on steep snow, and then the following year by pure whiteout conditions above 11,000 feet. This time, we were just beneath the summit, just one 60-foot pitch of 5.5 climbing to the top, and I was terrified. The rocks I stood on crumbled and fell 2,000 feet beneath my small boots. But I remembered seeing an expanse of vast beauty surrounding me and was able to comprehend the magic the high places hold. 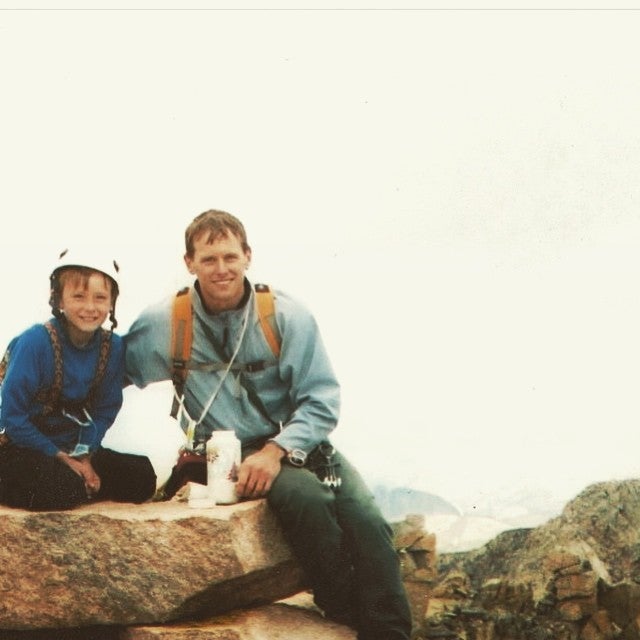 My mind returned to the present, and as I sat at the base of my pitch, I used the time I needed to prepare my mind and to eat a bar and drink water. I paid attention, I dug deeper and I found the intense beauty of the place I was in. High on a granite spire in Patagonia, it was not difficult to find the beauty. I focussed on that and took off.

Higher still, though Ian had pulled through the technical crux pitch of the route, we had moved more slowly than we wanted to on the headwall pitches. With a heavy backpack in tow, the many steep off-width pitches proved to be very time consuming. We realized we were not going to make the summit by sundown, and our plan of an open bivouac at the start of our rappels down the massive South Face was thrown away.

We climbed on and pulled off of the South Face and onto the South West ridge. Ian had lead the previous block of pitches and, again, I was up. He explained that upon his previous attempt of this route, four weeks earlier, he and his partner found the following pitch to be difficult and rather run out on bad gear.

Another snapshot of an old memory raced through my mind: I was 16 years old and feeling overlooked and under-appreciated by my public school system. I approached my parents with the idea of testing for my GED and dropping out of school to explore an education through travel and life experience. Though I was terrified to have the discussion with my parents, nothing shook my core more than the moment I walked into the principal’s office with my mom to discuss my alternative plan. I suppose a portion of that fear had to do with the fact that when she asked “why?” I had to explain that I didn’t think she was doing her job well. But the truth was that I was having trouble trusting myself. I was about to veer far off course from what was considered normal. I had made the decision to leave behind most of the structure in my life, and this left me feeling foundationless. Before walking into the school, my mom stopped and gave me a small piece of leather. On the leather was engraved seven simple words: FEEL THE FEAR AND DO IT ANYWAY.

Here I stood, beneath a runout 5.10 slab up an arete 7,000 feet above the Torre Glacier. I touched the small pocket on my thigh and felt the folded piece of leather. I took a deep breath and let it out. 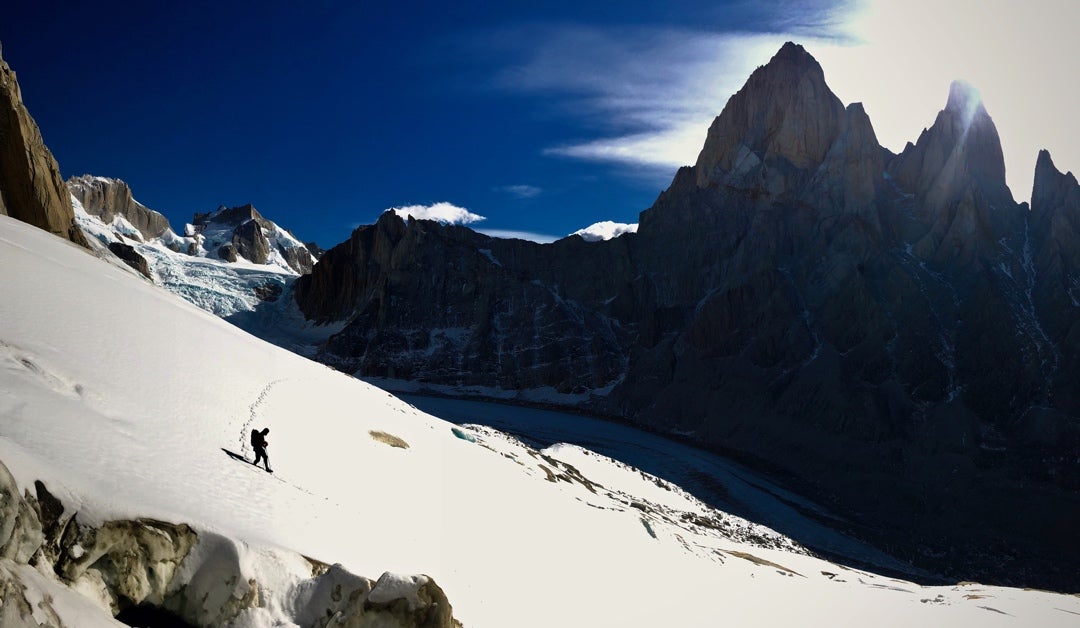 What ensued was the best pitch of my life. I climbed out of a series of cracks and onto the slab. Just as I realized my last piece of protection was a flared C3 camalot 20 feet beneath me, and my feet were pasted to vague rough patches of crystallized stone, I felt the fear creep in. But the climbing was good, the movement flowing over beautiful rock glowing yellow in the sunshine. I felt warmth rise within me and my fear was suddenly diluted. What eclipsed this great fear I have felt for my entire life was pure joy. I felt everything. I felt the warm sun on my back, I felt the wind as it kissed my cheeks. I felt the immense voids in each direction. I remembered my past, felt my present and saw my future.

A lifetime had led to this, and I found my existence transposed into a shadow in the most beautiful place I could ever imagine. Yes, I felt the fear. But as with each deep experience throughout my life, I chose what I’ve chosen many times: to do it anyway.

As we began the long walk back to town, I turned around to look back at the seemingly close summit of Aguja Poincenot. Just 36 hours prior, Ian and I had been standing atop its small summit. I laughed with Ian as we remembered the beautiful bivouac we found atop the last pitch of 5.10 and the long series of rappels down Poincenot’s epic South Face.

In this moment, I recognized more deeply within myself than ever, that there exists an indisputable beauty within the interconnectedness of every life experience, and that we all bear the ability and responsibility to seek out this pure beauty that exists within each moment and every thing.