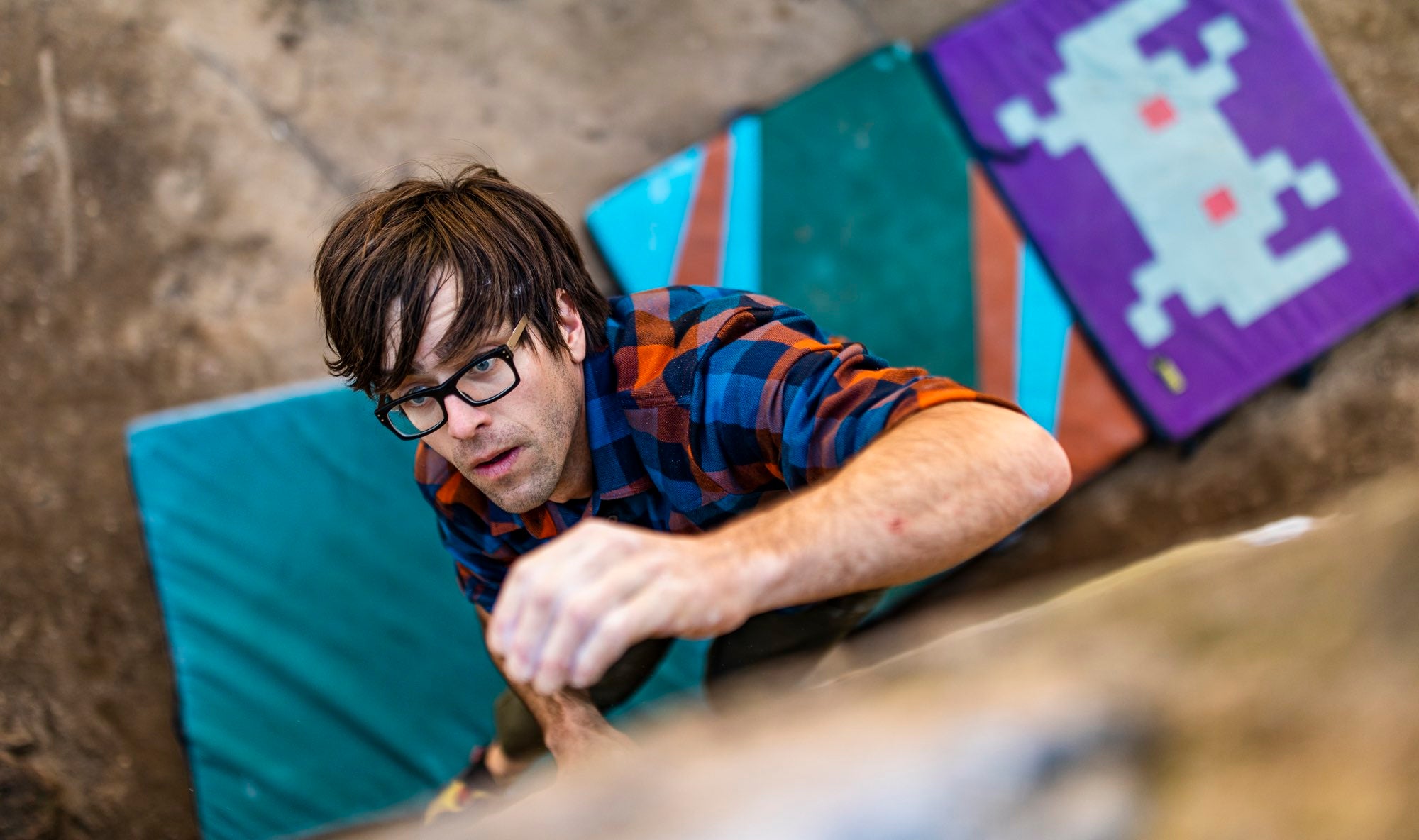 In the Field With: Photographer and Graphic Designer Andy Wickstrom

Andy Wickstrom and his wife Jess stood outside their Chicago condo building in 2012 and watched smoke pour from the unit above theirs. It was early on a February morning, not even light out yet, when smoke alarms had woken them to rush outdoors with all their neighbors. They found out later the fire had been set by arson, and between the smoke and damage from the firefighters’ axes, their condo was basically ruined. But instead of framing it as a disaster, the couple used the event to launch them into a new direction of life they’d been leaning toward already.

“It lightened our belongings,” Andy says. “It also sort of changed our perception of possessions and allowed us to reevaluate everything.”

Andy and Jess hit the road, embarking on a new venture as an independent design firm. The couple had been working in Chicago for 11 years, Andy doing a variety of jobs, including design, video, and photography for Intelligentsia Coffee and Jess working as an assistant to an art curator and running the gallery at Lillstreet Art Center. They climbed hard during their free time, training and hammering out exhausting drives to climb in Kentucky any time they could. Maybe, they thought, it was time to live a little closer to the outdoors they loved—and dive into careers as independent designers.

Andy and Jess sold their condo, bought a Scamp trailer and began a mobile design project called Design Egg. Instead of pitching clients the traditional way, they tried something unique. Partnering with Fractured Atlas, a nonprofit arts service organization, and launching with fundraising from Kickstarter, they traveled across the country delivering over $40,000 worth of their creative services to 29 nonprofit organizations, artists and entrepreneurs.

They relied on a selection committee to choose from client applicants based on the excellence of their organization, the extent to which their work helped others, and financial need. Then Andy and Jess went to the drawing board, hooking the organizations up with their creative work. The hope was that this would help free the organizations up to apply resources to other much-needed areas.

Even when the Design Egg project ran its course after two years, Andy and Jess stayed on the road. They had built up a portfolio and client base, and upgraded to an Airstream while still concentrating on serving artists, nonprofits and socially-conscious businesses, offering services on a sliding scale. They also focused on their climbing.

They climbed in Bishop, Hueco Tanks, Joe’s Valley and many other spots along the way. “Over time I've gotten very comfortable on a lot of different types of rock, which has been really fun,” Andy says. “We've had so much time to try different styles, whether it's Hueco or Red Rocks or Bishop or Squamish—all these places are quite different. And it's been really fun to say, ‘Okay, can I climb a similar grade in Squamish as I climb in Hueco.’ ”

For Andy, becoming a more well rounded climber was one of the highlights of life on the road. “It's been very fun to really expand our technical abilities as far as unlocking tricky sequences, or reading a route really well, or trying to on-sight stuff, or get good at all different angles, whether it's steep, overhanging limestone roofs or technical granite slabs,” he says.

Another perk of the mobile life? A chance for Andy to hone and expand his photography work. Instead of having to cram all his climbing and photography into short vacation days, the freelance time on the road allowed him to immerse himself in mountain life with his camera. Shooting more climbing and other adventure sports opened doors to the outdoor industry. From doing design work for CAMP USA and Organic Climbing, he launched into shooting photos, too. Recently he also launched an adventure elopement photography business in Asheville called MountainWed.

Rooting Down in Asheville

After a few years, Andy and Jess felt a pull to settle down. But where do you root down, after you’ve been able to be at home in so many amazing places? After much thought, they landed in Asheville, N.C., where they pooled resources with a couple of other climbers to buy a piece of land to build side-by-side homes in West Asheville.

But in order to fund their land purchase, they had to dive head-first into renovating their still-unfinished Airstream to sell—in under 30 days. “The water didn't work, so we had to take copper out of the back of the trailer, which required removing all these overlapping panels,” Andy says. “In a vintage Airstream, it's intense. Everything's interlocking, there's no easy access. It was crazy.”

It was crazy, but they did it. And this year they added a baby girl to their family, as well, which has also required adjustments. In all, it’s been a change of pace from life on the road.

“That definitely informs how we make decisions about going out, and then clearly the pandemic is not making it easy,” Andy says. “We're trying to figure out how we reemerge into the world with her. But yeah, slow going right now.”

Find more of Andy’s photos on Instagram @andywickstrom and more about his joint design venture with Jess Mott Wickstrom at Silver Egg Studios.

← Previous Next →
Find a local shop