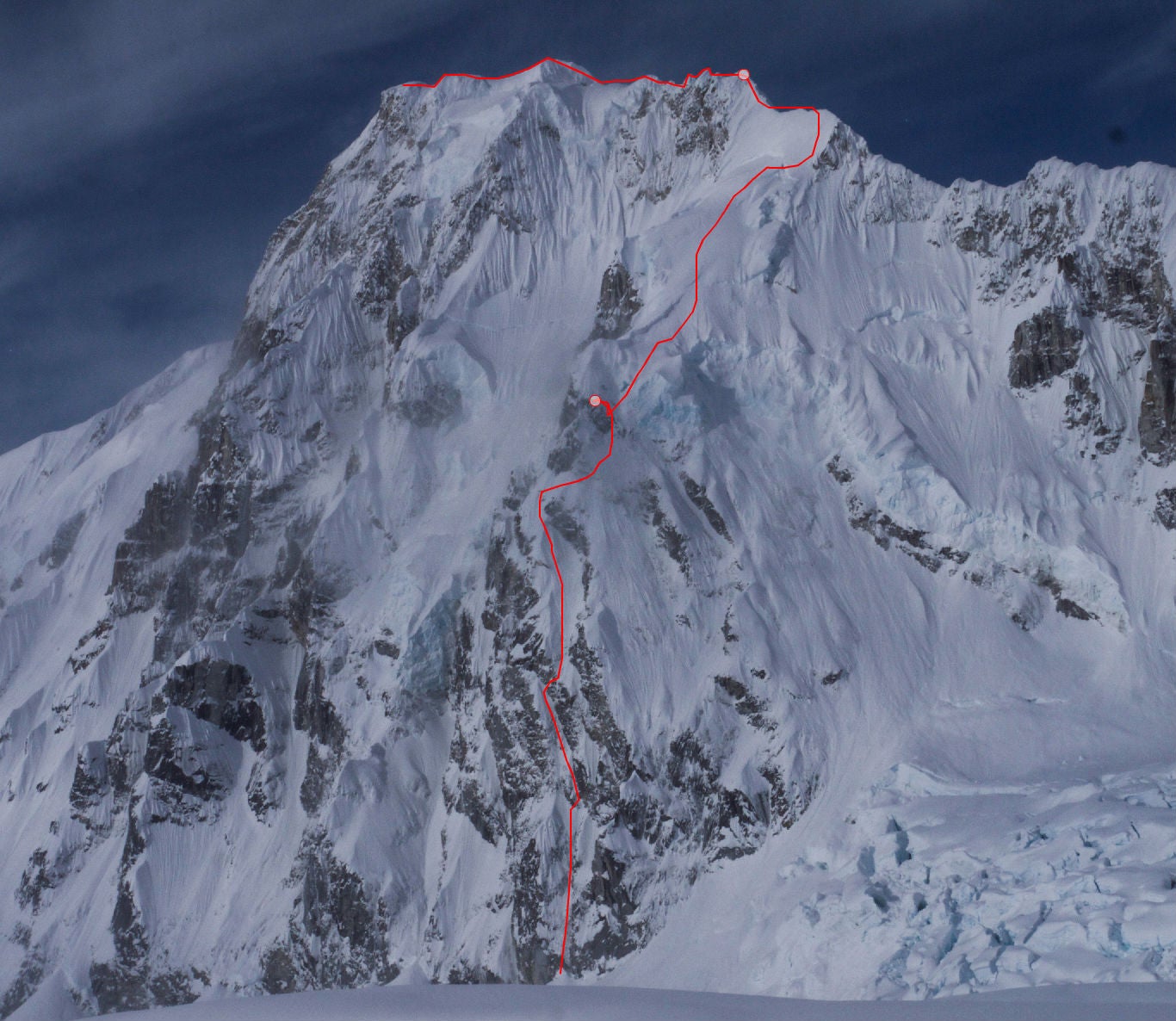 Mark Allen and Graham Zimmerman were nominated for the revered Piolet d'Or this week for their May 2013 first ascent of the Northeast Buttress (4,650’ V AI4 M7 A1) of Mt. Laurens (10,042’), off the Southwest fork of Alaska's Lacuna Glacier. It took two days to get from their drop-off point to the base of the peak. Between May 9th and 15th, Mark and Graham made two attempts on the precipitous East Buttress of Laurens, being turned away both times due to blank overhanging walls and dangerous climbing on an unformed ice hose after 1,500 feet of climbing. On May 20th, they started up the Northeast Buttress. After two bivouacs and negotiating unprotected climbing and large cornices, the two reached the top for the peak's second ascent. It took 67 hours. Read Graham's account of their ascent here.

Considered the Grammyʼs or Academy Awards of climbing, the Piolet dʼOr is presented each year by the French magazine Montagnes and The Groupe de Haute Mantagne. Those awarded each year are climbers who have completed ascents with a high technical ability and commitment level, and in alpine-style (small climbing team moving light and fast with no outside support and leaving the terrain unmarred). The list of American recipients is very short, but also includes OR athlete Kyle Dempster. From the 76 climbs reviewed by the Piolets d’Or Technical Committee, six will be presented from 26 to 29 March, 2014, in Chamonix and Courmayeur, to celebrate high level mountaineering. For more info, check out the Piolet d'Or page for this year's nominees.