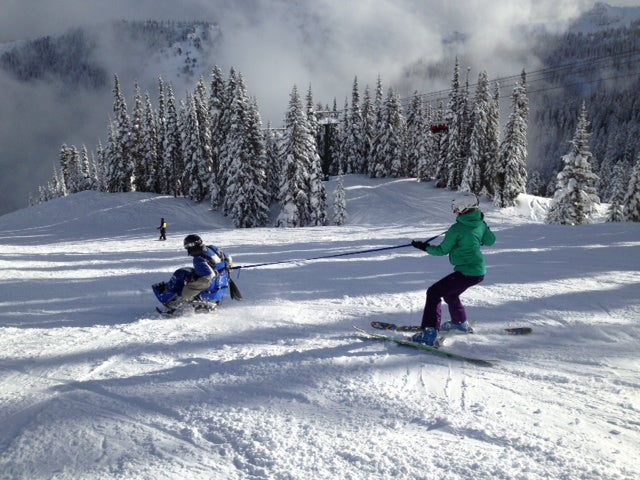 After Billy Price broke his neck in an accident in 1996, he lost the use of his legs, and partial use of his hands. But he didn’t want to lose skiing. He’d grown up making turns at Washington’s Crystal Mountain, and with all the other things in his life that had to change because of his injury, he couldn’t imagine living without skiing.

He traveled to Winter Park, Colo., to learn to use a sit-ski and outriggers at the National Sports Center for the Disabled. After a few visits, he bought his own equipment, and got back on the slopes close to home at Crystal Mountain, as well as Whistler and Sun Valley, once again able to feel the cold air on his face as he flew down runs.

But he had one problem: His spinal cord injury had severely limited his control of his fingers — gloves were difficult to get on and off, and holding onto his outrigger poles was almost impossible. So he improvised: He put his hands in mittens, then duct-taped his hands to the grips. And that worked, kind of.

“Duct-tape is a dangerous solution because you put your arms and shoulders at a tremendous risk of injury when you fall,” Price says. “It won’t allow your hand or arm to release from the outrigger. Plus, duct-tape leaves a sticky substance on your gear and the mittens I was using were not keeping my hands warm.”

So, in 1997, Price and his father went to the drawing board to design a solution: a glove/gaiter system that included a PVC pipe, an inner glove and an outer glove. It started at his elbow and ran all the way down to the middle of the outrigger pole, hooking onto the outriggers. And it worked. It kept his hands warm, and kept snow out, and gave him better control of the outriggers.

“I have been skiing with the same prototype gloves for 15 years now, and over the past 15 years have received countless comments about the gloves and questions of where they can be purchased,” Price says. “When I say they are one-of-a-kind, they ask if I have the ability to manufacture them. Until now, the answer has always been ‘I hope so.’”

During summer 2012, Price met Outdoor Research president and CEO Dan Nordstrom, who introduced him to OR designers Nathan Jenkin and Galina Koshchina. Throughout fall 2012, Jenkin and Koshchina volunteered their time and modified Price’s prototypes, making them easier to manufacture, easier to sew, less expensive, simplified and warmer.

“I had the design concept established for quite some time, but did not know the steps involved in going from design concept to manufactured product,” Price says. 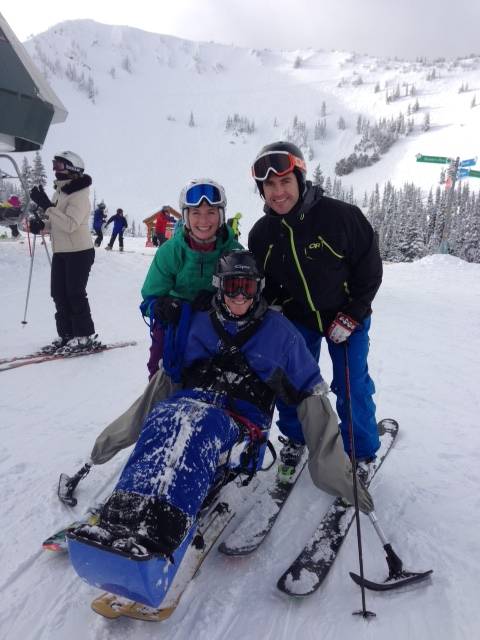 Having completed a product alpha test, the new design is ready for production, as soon as Price finds a small manufacturer. He’s now doing a Kickstarter campaign to raise money for an initial manufacturing run. Money from the Kickstarter campaign will pay for the sourcing of a local manufacturing partner and the product beta test - allowing for further product refinement.  Any funds above and beyond what is needed to complete the glove project, will go towards the development of a shoe design intended for people with limited to no hand function — easy to take off and put on. The two products will be the start of a company named “Billy’s,” which Price started with a friend. Once the company is up and running, a percentage of all profits will be donated to the University of Washington for spinal cord injury research.

“The purpose of our company is to do a good thing,” Price says. “We want to empower others and allow more independent lifestyles. For example, being in a wheelchair with limited hand function, the only piece of clothing I cannot put on independently are shoes. When it comes to skiing, there is no way I could do what I do on the ski slopes without these adaptive gloves.”

Price hopes that what started as a way to keep his hands warm on the slopes of Crystal Mountain 15 years ago will turn into a much bigger way to help others who face similar challenges from spinal cord injuries.

“The world, unfortunately, is filled with people with the same challenges I face, and any way we can help make their lives easier is a significant breakthrough,” Price says. “The gloves are a great start. The shoes will be another great accomplishment. Donating money to spinal cord injury research will benefit an even greater population. We want to be part of the solution. I will be forever appreciative of all the assistance and generosity OR has contributed toward our endeavor.”

For more info or to donate to the Kickstarter campaign, click here.

For more info on the project, visit www.Getbillysgoat.com.