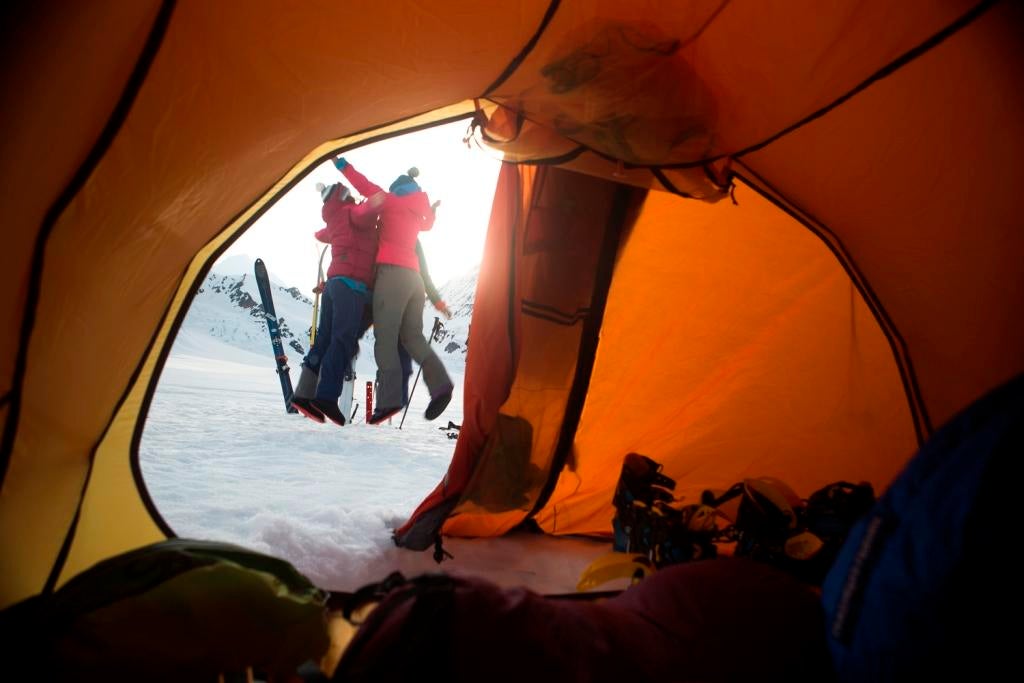 I was living in Omaha, Nebraska when I found climbing or climbing found me--however that happens when one’s feet are firmly planted in the Midwest. Very soon after, my passion for climbing, love for the outdoors and sense of purpose served as my North Star for major (and not so major) life decisions. By the time I turned 30, I was living in Boulder, had just graduated from law school and was climbing more than I was working. Sound familiar?

The path, for me, has not been straight. Sometimes, it hasn’t even been well thought out. There was no map for a career in the outdoor industry for women when I started. When I took a position at as the Marketing Director at a specialty retailer for $10/hour after graduating from law school and passing the bar, I did not know that was the smartest career move of my life. Not only did I reconnect with my North Star –something I had lost sight of in law school, but I unknowingly stepped into the storied legacy of industry leaders who got their start on the shop floor.

The room was starting to clear out, but people were lingering. 9:15am on Day 3 of the Outdoor Retailer Winter Market tradeshow. Typically the audience slowly trickles out the door starting at 8:30am; by the time the tradeshow opens across the street, only the stalwart remain. Today was different.

People will be saying, “I was there when. . . “ I was told more than once throughout the day. A woman I had never met before came up and gave me a hug--"Thank you," she said. And then, “I don’t know why my eyes are welling up, I guess I didn’t realize how much this meant to me.”

The Outdoor Industries Women’s Coalition (OIWC), for which I am the Executive Director, had just received a $1.5 million Mary Anderson Legacy Grant to spark innovation through women’s leadership. REI’s President and CEO, Jerry Stritzke, announced this grant and a pledge—already signed by CEOs from iconic outdoor brands, including Dan Nordstrom, CEO of Outdoor Research—to commit to making gender diversity a priority in their companies.

The pledge calls for visible commitment to women’s leadership, transparency in metrics, and collective attention to creating more opportunities for women. The grant will help make it happen.

Why does this matter to you? I am guessing you, too, have experienced the “identity” shift. Whether it was when you were two years old or two days ago, a love for the outdoors and a sense of purpose are important. Where you shop matters, and the brands you support matter. You directly influence the growth, health and sustainability of an industry that “gets” you and is dedicated to enhancing the quality of your outdoor experience.

Outdoor Research is a company that, like you, lives it values. OR has been an above and beyond supporter of OIWC sponsoring many first iterations of new programs that helped position OIWC to where it is today. And as of Friday, January 23, 2015 – Outdoor Research took a step toward making gender diversity a priority by made a commitment to all of us.