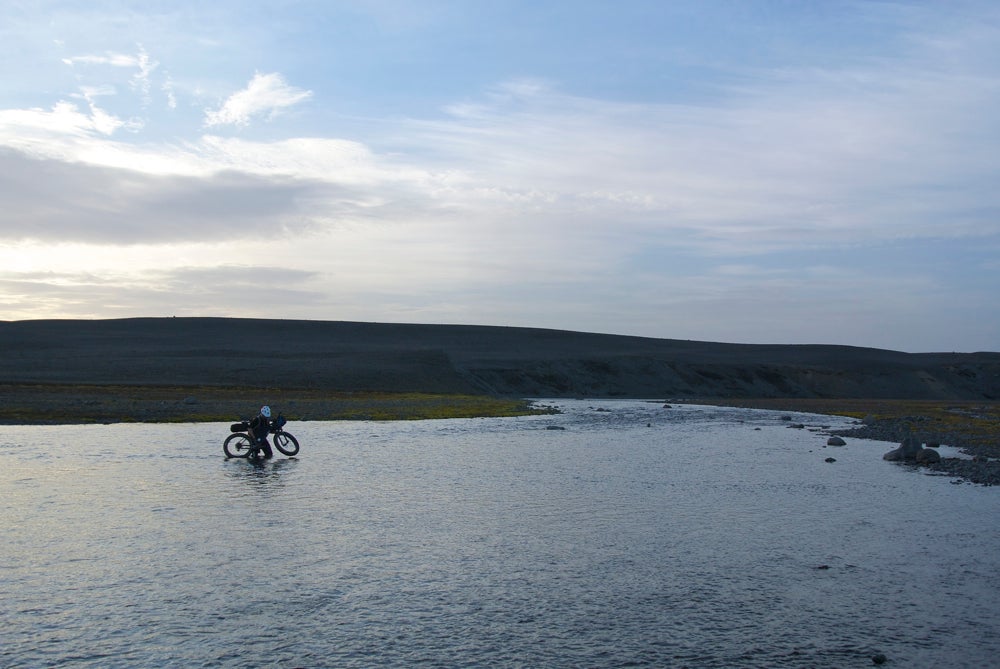 I came up with the idea for this trip a few years ago while I was pedaling my fatbike along the beach in Mexico. I wanted to see just where this new breed of fat-tire bike could take me. Iceland instantly jumped out at me from the map. Its desolate interior was appealing, and I bet we could cross the whole island on dirt. I was correct—and we found much more.

I convinced two friends to come along with me. Pat Murrish, my regular adventure partner, and Charlie “The Bikemonger” Hobbs from England. We pedaled away from the northern town of Akureyri with six days of food and no idea what to expect. It was a hard ride as we battled bad weather, forded endless frigid rivers, unknowingly camped next to the erupting Bárðarbunga and got pinned down for two days by a hurricane. Our hard work was rewarded with beautiful singletrack, dramatic landscapes and an adventure we will never forget. Here are a few photos from the trip.

Pat Murrish fords one of the many icy glacial rivers we encountered on this ride. 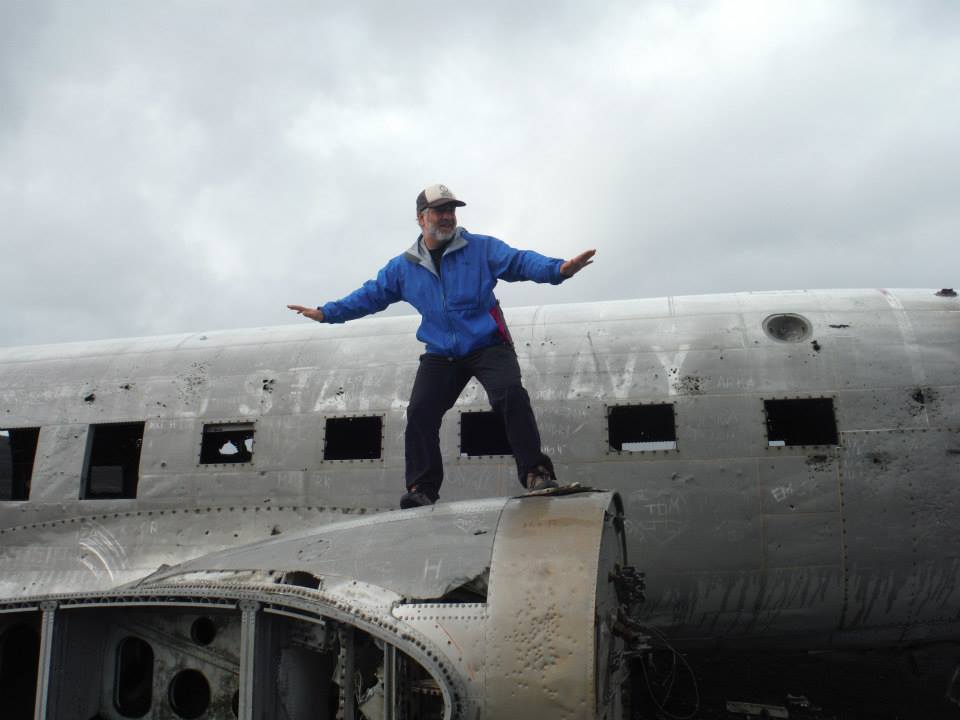 Pretending to surf the wreckage of a United States Navy DC plane. The plane made a crash landing in 1973 on the black sand beach of the south coast near the town of Vik. Photo by Julie Cornelious. 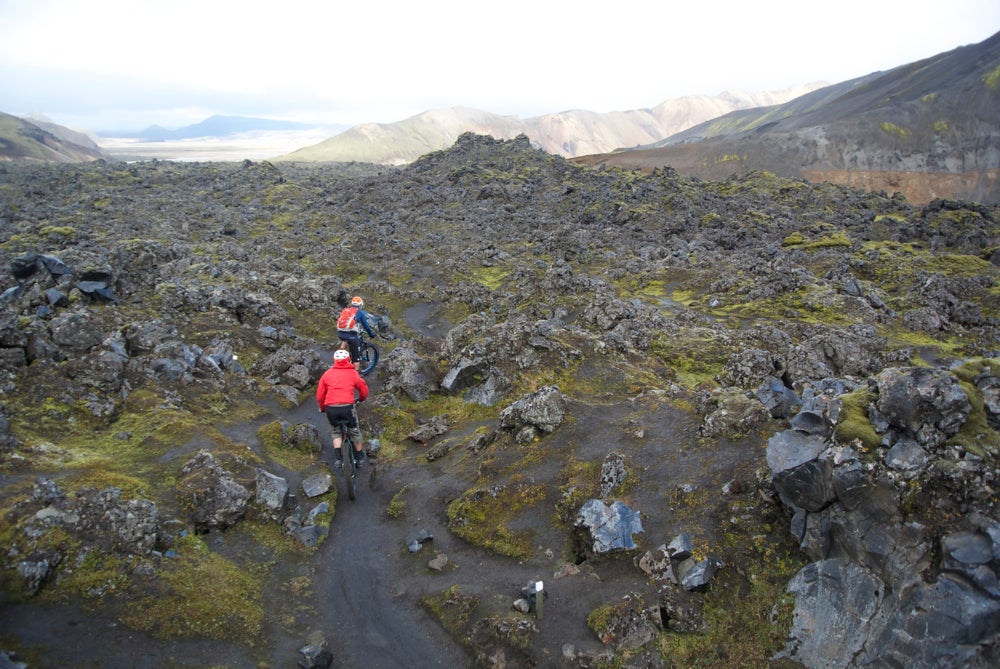 Pat and Charlie weave their way through the Laugahraun lava field in Fjallabak Nature Reserve. 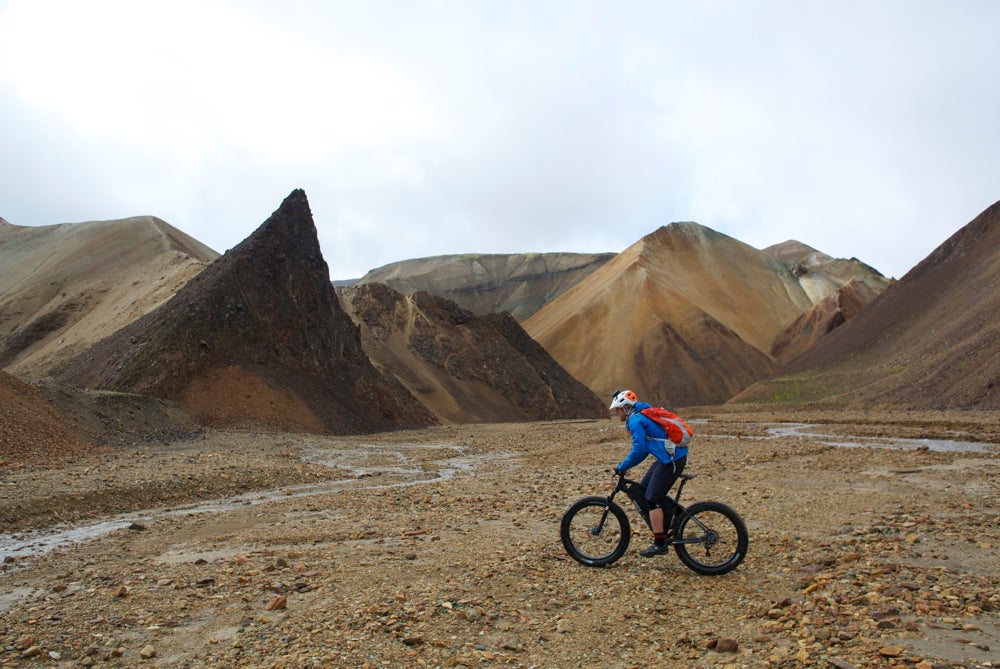 Using our fatbikes to their fullest potential, we explored this unique river valley, Landmannalaugar. The area has so much volcanic activity that this icy stream has steaming pools of water all along its banks. 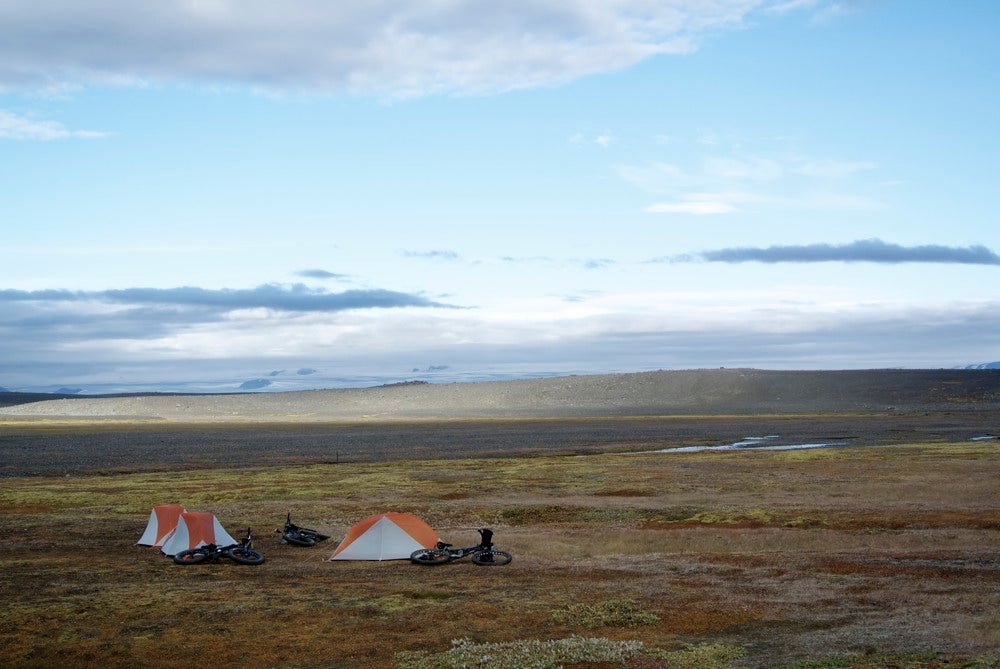 We made camp in the dark and fell asleep to the spectacular light show of the Aurora Borealis. We awoke to this beautiful and vast landscape outside our tents. We wouldn't find out until many days later that the Bárðarbunga volcano finally erupted just 25km to the east while we were sleeping, and we had no idea. 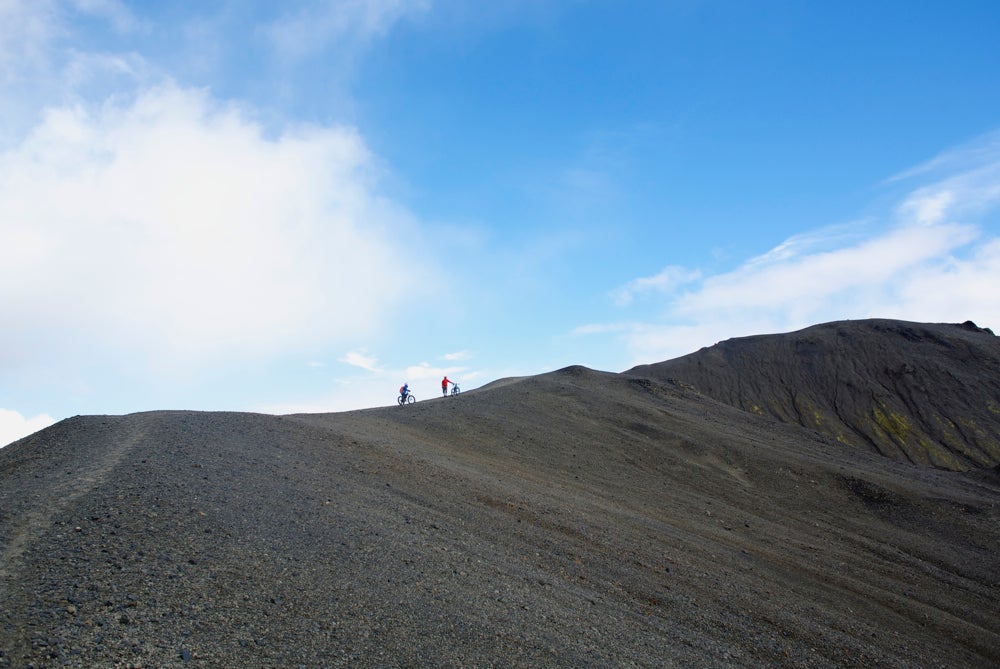 Pat and Charlie pushing and riding to the summit of the Bláhnjúkur Volcano high above Landmannalaugar. 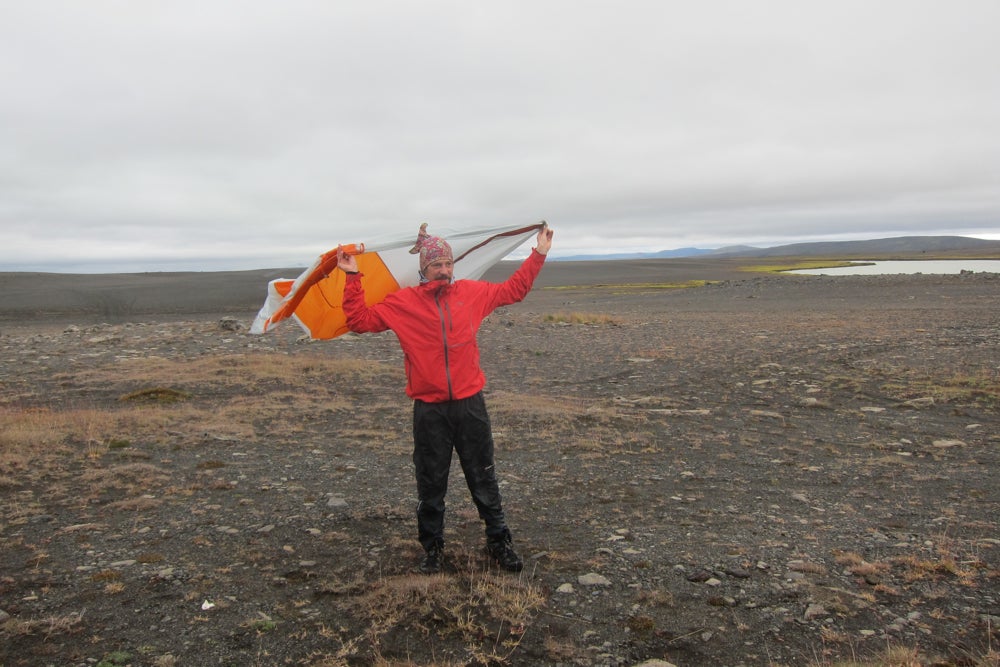 Charlie is trying to dry out his rain fly in between storms on day three. 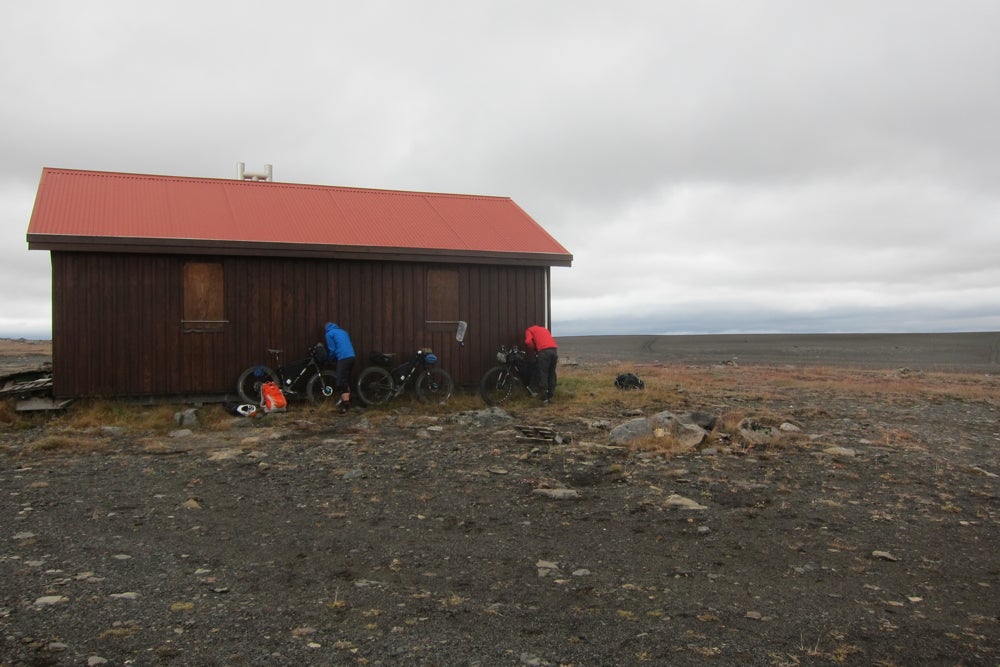 The wind in the highlands is relentless, and it's so barren there is often nowhere to hide from it. We stumbled upon this abandoned farmhouse toward the end of day three and it made a perfect wind break for us to make camp. 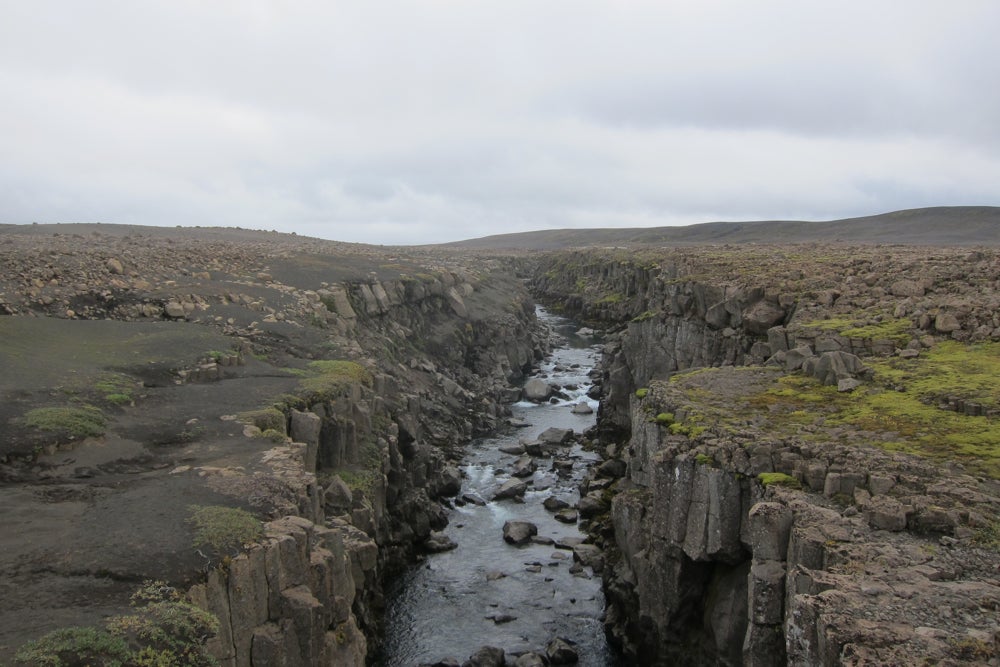 The Highlands may be Europe's biggest desert but we were rarely lacking water. 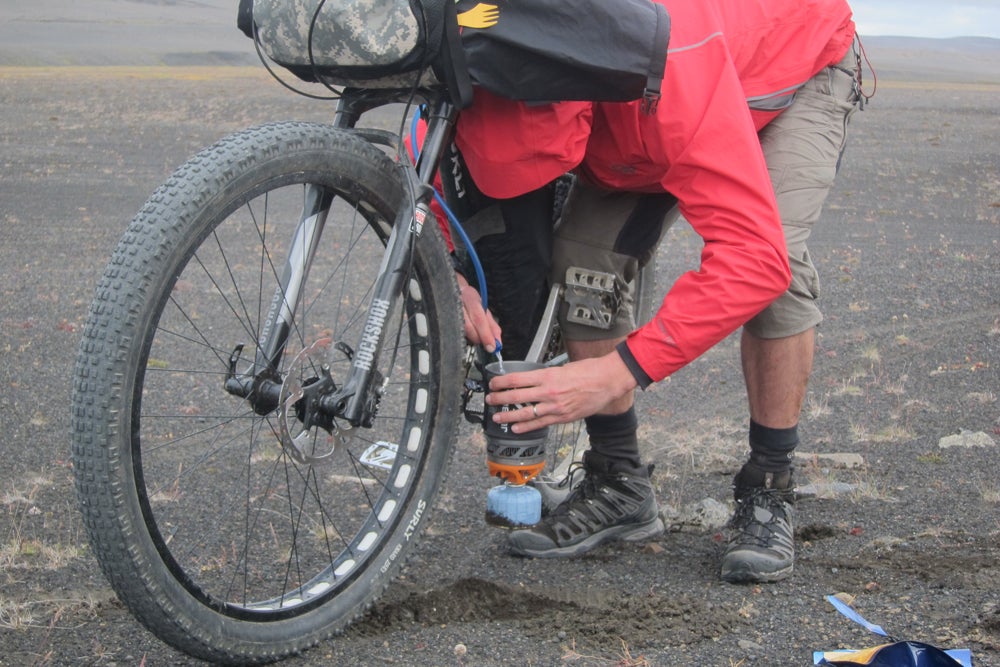 Mid-day coffee stops were a must for getting though the rain and wind every day. Here, Charlie is getting some water out of his frame bag to make us a little brew. 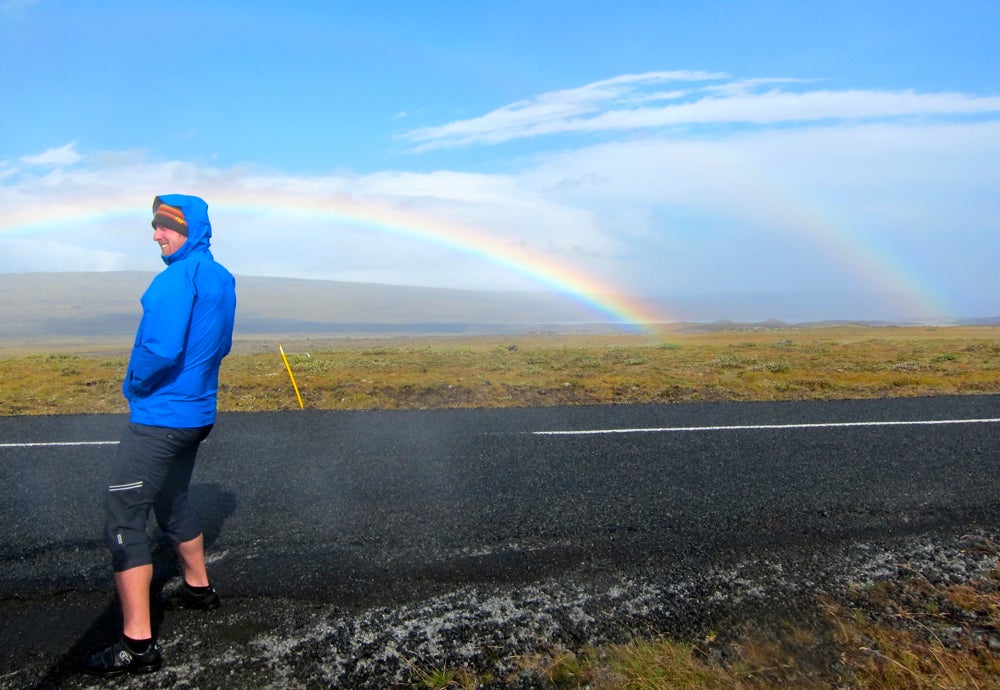 On the fifth day, with hopes of cold beer and a warm meal, we went off route a few miles to what looked like a small village on our map. We ate well and started to restock our supplies when the inn keeper said he couldn't, in good conscience, allow us to keep riding. Having been in the backcountry for five days, we had no idea Hurricane Cristobol was about to hit the island. Taking advantage of a brief moment of sunshine, Pat decided to cure his boredom by going for a walk in 80+ mph winds. 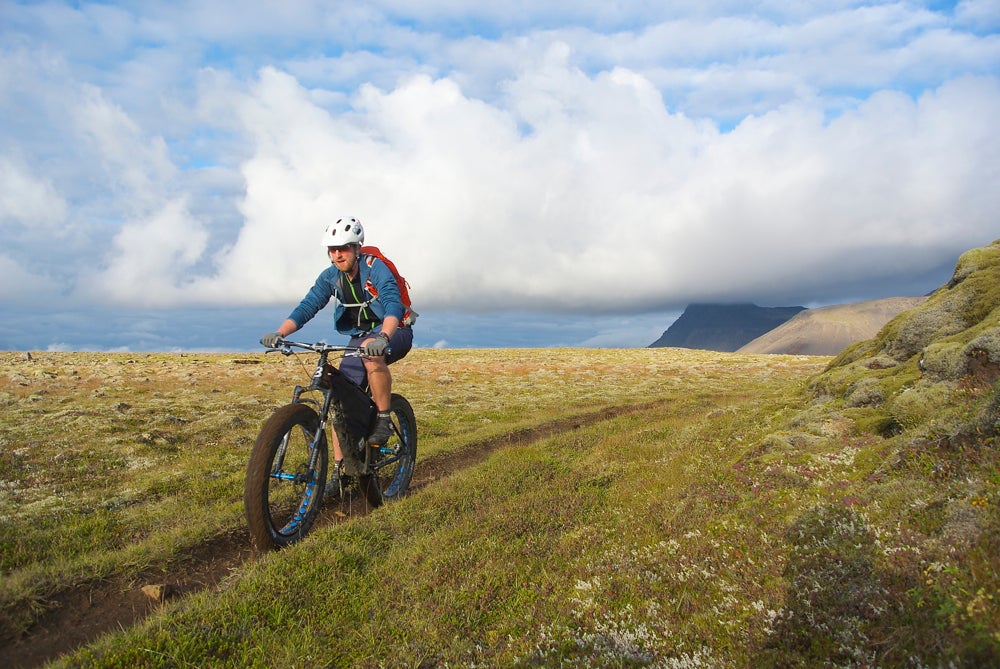 We hung out in Reykjavik for a few days, where we hooked up with some local rides and they took us on a grand tour of some of their favorite singletrack just outside of town. 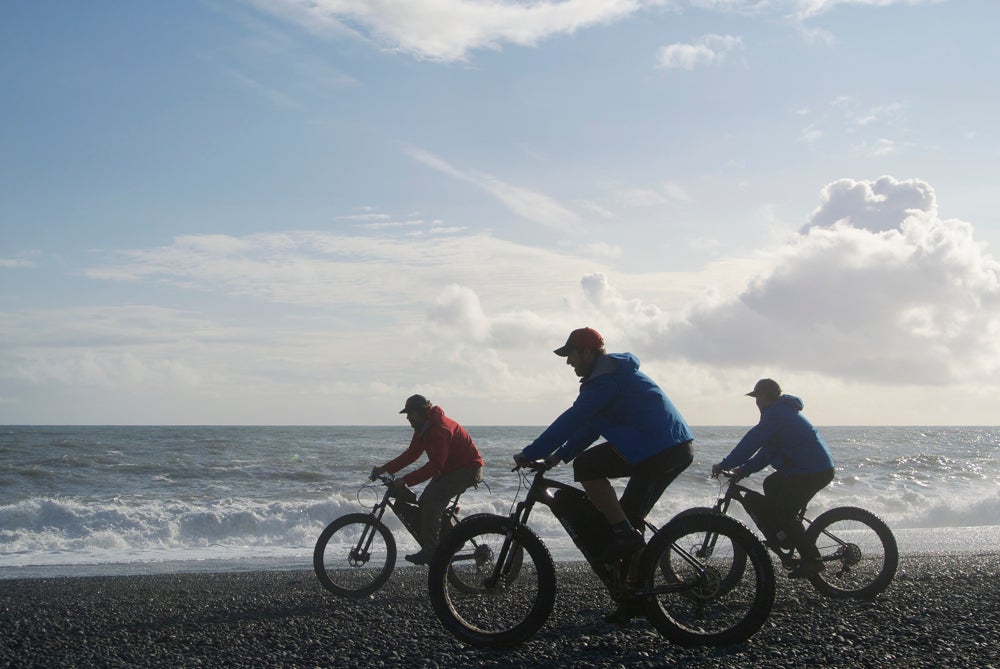 With the journey complete, the three of us take a victory lap on the beach near Vik. Photo by Julie Cornelious.