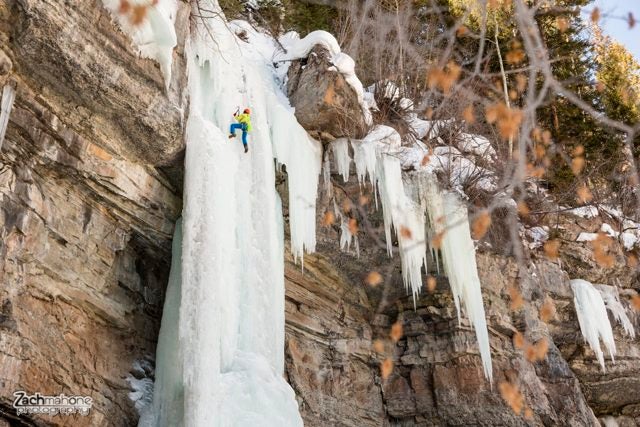 On March 13, David Roetzel checked a decade-old dream off his list: Soloing more than 1,000 feet of ice climbs in East Vail, Colorado. Roetzel's 15-route list included climbs ranging from WI3+ to WI5+, and he soloed every foot of the climbing, carrying a tagline on his back to rappel each route as he finished. We asked David a few questions about the marathon day.

What's the history of this idea (how long have you been thinking about it, and what gave you the idea to link all these climbs in the first place)?

I have been thinking about this for close to 10 years and when I first thought about someone soloing all the ice in East Vail in a day, I did not think about myself.  The link up seemed like the obvious choice since these climbs are located in five different drainages along a couple mile piece of the Vail Valley. To solo some of these climbs would be an achievement but to do all of them takes a different level of commitment and fitness. I wanted to do it in this style.

I assume you've done a few laps on all of these climbs over the past decade—how many laps do you think you've done on the route you've done the most of these? The least?

Oh man, so many laps, so many. The most would have to be the East of the West at the Firehouse. I used to guide here often and I bet I have climbed this formation over a hundred times.  The least is probably the Secret Cicle because the trail is rarely packed out and it is a pain in the a@* to get up there most of the times. 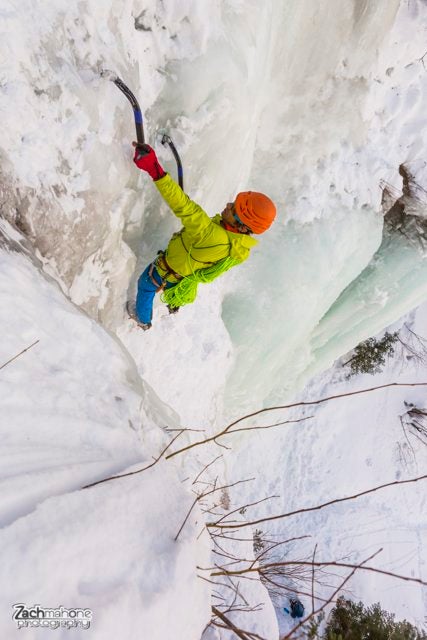 How did everything line up for you to do the link-up this year?

The biggest variable, The Fang, came in this year in excellent form and I am climbing as well as I ever have been. I am also probably as strong as I have ever been so one day in mid Feb. I soloed The Fang for my first time and had fun doing so. After soloing the Fang, I felt that this dream of mine was within my grasp and began to plan for it for real.

You soloed almost everything on the list. Were there any cruxy moments during the link-up?

Although it is a bit arbitrary, a consensus exists that there are 16 formations that form each year in East Vail on the south side of I-70.  I soloed 15 of them and the 16th, the Frigid Inseminator, had become too brittle and delaminated to be considered safe enough to climb without a rope.  Yes, Pitkin Falls was really hairy at the top.  This climb is notorious for having an "egg shell" topout and I got it at full value. I was 60 feet off the ground climbing in two feet of snow on horrible ice and when I pulled my left tool out, a 2-foot by 2-foot hole appeared in the ice and I could see down and behind the formation. I realized how thin the ice I was on was and actually looked at a little ledge covered in snow about 25 feet below me.  Eight inches from the top, I seriously thought abut jumping off the climb and trying to stick the ledge rather than fall into and behind the formation I was on. Luckily I reeled it in, moved left away from the hole I made and in two moves found some frozen dirt for my left tool under two feet of snow.  This placement allowed me to move my feet enough to reach some old branches to help me gently get off the climb.  Certainly the scariest part of the day.

Although it would take a couple more years of serious training and climbing, someone might just be the first person to climb all of the mixed routes in East Vail, but not in a day. The psyche level would need to be really high however because at this point, there are a couple of consensus M13s and maybe even harder.  We will see… 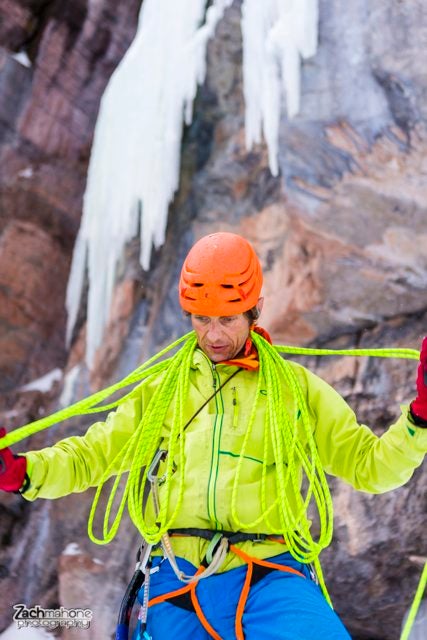 For the full story and list of routes, check out the story on Rock & Ice.