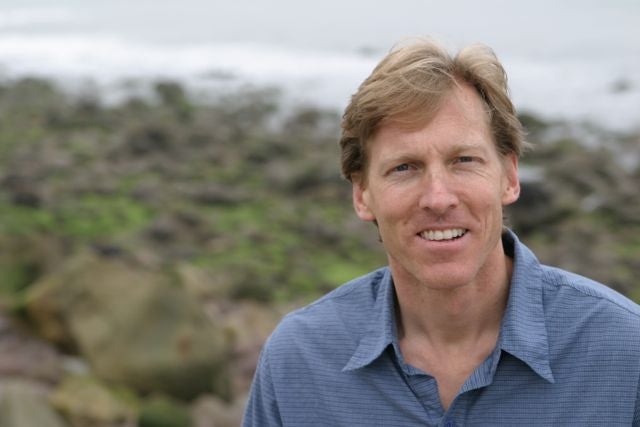 Beth: How many times have you climbed the Nose? Hans: Ninety one.

Beth: What were your three most memorable ascents? Hans: The first most memorable ascent, of course, was with Mike Lopez and was a "missed attempt." The first time we tried it together was in July of 1988. We struggled for at least 12 hours and got to Sickle Ledge. So disheartened by our state, we rappelled down and came back almost exactly one year later. We arrived in the late afternoon on a Saturday and it was in the 90s. We started climbing the route at 7 p.m. I remember passing people in the night. Then we would sleep in the middle of the day when it was hot and some teams we passed at night would come up on us in the day. The whole route took us two and half days and we were exhausted nearly the whole time. Great fun and rewarding when I look back on it.Also very memorable was the time with blind Climber Erik Weihenmayer. Erik was super inspirational in that he took on incredible challenges that many sighted people wouldn't have undertaken. He went off on leading a 100-foot, two inch crack with only three, two-inch cams. That's just the beginning of a long list of things he managed while on the route for four days. I was so exhausted from trying to keep everyone safe and do my share of the work that I cried when I saw the look on Steve Schneider's face at the top of the route. In that look he gave me, he knew how much work I had put in the past four days. And the time I soloed the Nose having done Half Dome earlier that morning... Climbing El Cap after having climbed Half Dome was a big break through in climbing for a long time for me. I'd never climbed that long by myself. I found out at the base of The Nose that Dean had already done the link up. I don't think I'd been so mentally bummed and then risen above it so well ever before. Physically it was exhausting, mentally it was challenging and ultimately incredibly rewarding.

Beth: What are the three climbs people should climb to prepare for NIAD (Nose in a Day)?

Beth: Have your kids expressed interest in climbing The Nose?

Hans: Yes, both Pierce, who is nine, and Mari, who is 11, want to climb The Nose. Only Marianna is in control of herself enough to do it. Do you want to join us when we go?&/p>

Beth:  13px;">What is your favorite food to eat when you are down?

Beth: After decades at the top of the sport of climbing, what advice would you give younger climbers to maintain climbing in their lives for decades and decades?

Hans: STOP if you have pain- Know what the difference is between good and bad pain when in regards to overuse/overtraining. Once a week set aside time for core strength training. Set aside time a few times a week to warm up and stretch your fingers. Invest time regularly in keeping your grip strong. Eat well most of the time, learn to be flexible on eating when you travel.

Hans: People who try to improve on their own previous best inspire me. It’s about having a community of people around that engage in challenges and genuinely support you in your own – no matter how silly or serious they may be.

Hans:  You are welcome.