Ready For The Grand Traverse? 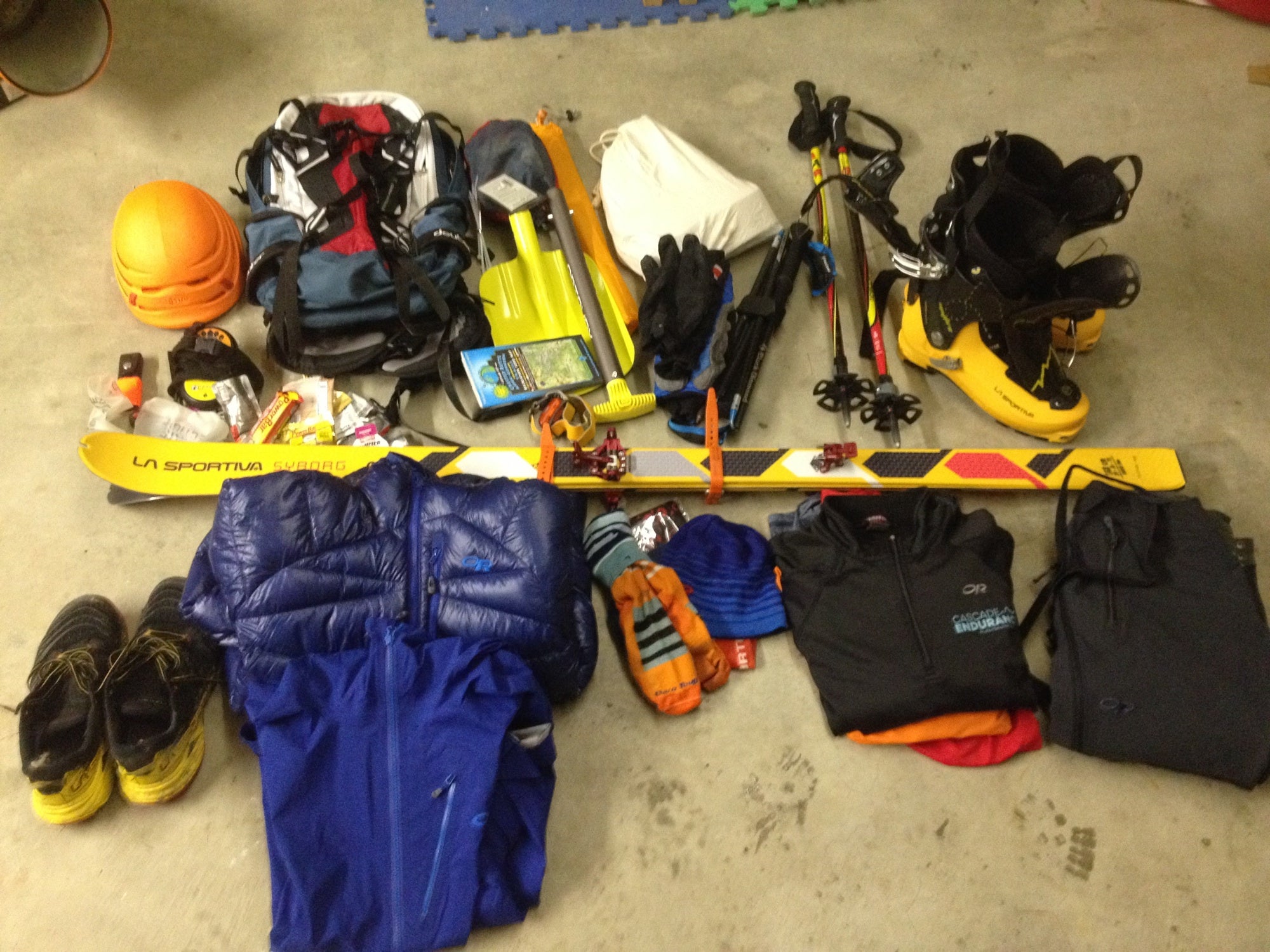 I’m putting together a prep list for this week’s journey to Colorado and my first attempt at the venerated Grand Traverse backcountry race, and am debating what will pose the greatest challenge in the event. Yep, it’s definitely all about those snacks.

The Grand Traverse is a 40-mile trek on skis across the Elk Mountain Range from Crested Butte to Aspen. In addition to distance and variable conditions, the race has the added thrill of starting at midnight, to help avoid potential avalanche risk during spring’s warm days. For the past several years the winners of the event have finished in around seven hours, racing on two-person teams and predominantly (though with exceptions) on lightweight randonee race gear.

It’s an ultramarathon, essentially. In fact, consistently the top finishing teams include some of North America’s premier ultrarunners such as Rob Krar and Stevie Kremer. I’m nowhere near the ultra caliber of those aforementioned greats, but I intend to take a bunch of pages out of their book to give myself and my race partner Brent Knight (another former xc ski racer from our glory days) every advantage for success. Those pages include (in no particular order):

1. Training
This event is about moving efficiently over terrain for many hours. Far from a high-intensity effort, the goal is to be burning fat for fuel and not redlining at any point. My training has consisted of long, sustained Nordic ski sessions (3+ hours) and backcountry tours (4+ hours with 6k+ feet of gain); core strengthening to support carrying a pack for many hours; and threshold-level intensity on occasion to build capacity for some of the longer climbs and descents which can hammer on the leg muscles.

It’s safe to say the race will start hard and fast, with teams gunning for the front and amped on adrenaline for the first several miles. It’ll be key for us not to pin it too much in this period, for fear of tapping into a more glycogen-burning state where fatigue will mount quickly. If we can keep our intensity moderate and then maintain that throughout we’ll be mostly fat-burning and it’ll be easier to keep up on fueling without heading to Bonk-Ville. Because if we take that trip it’ll only be a matter of time before one of us is needing the ol’ tow rope attached to the partner.

2. Gear
While ultrarunners may enjoy their relative minimalism over other endurance sports like cycling or running, they’re still gearheads in their own right. Knowing what gear (apparel and otherwise) will allow freedom of movement, keep us warm and not weigh us down will be key to success in the GT.

Despite our Nordic backgrounds both Brent and I are opting for rando race equipment – my La Sportiva setup (boots, skis and AT bindings) isn’t top-shelf but still weighs in no more than 4 pounds per leg. Breakable crust, deep powder or bulletproof ice shan’t deter us with these choices.

Apparel-wise I’m banking on us moving fast and keeping warm through exertion – alpine style, baby. I’ll start in my OR Trailbreaker pants and Centrifuge jacket (over a single base layer), and carry an extra set of base layers, my super-light Diode hoody, and a change of socks, hat and gloves. I’ll have the Axiom storm shell on deck in case funky weather moves in, too. In addition, we’ll carry the required GT team gear, including emergency bivy, SPOT beacon, stove, etc.

3. The Unforseen
Who knows what’s going to go down out there in them mountains? Brent has done the race once before but I’m a rookie; we’re both trained endurance athletes but one thing is for sure in ultras, and that is that nothing is for sure. Weather, snow conditions, the pace of other teams, indigestion from that bean-and-cheese burrito at Star Pass. The game is really about rolling with the variables and adapting to changing circumstances as they happen. At this point we don’t have a hard-and-fast goal finishing time but we plan to go as hard and fast as we can. If that doesn’t result in an alpine explosion, we’ll consider it a success.

Stay tuned for a post-mortem after the race, maybe even with some good photos of us in the hurt locker.