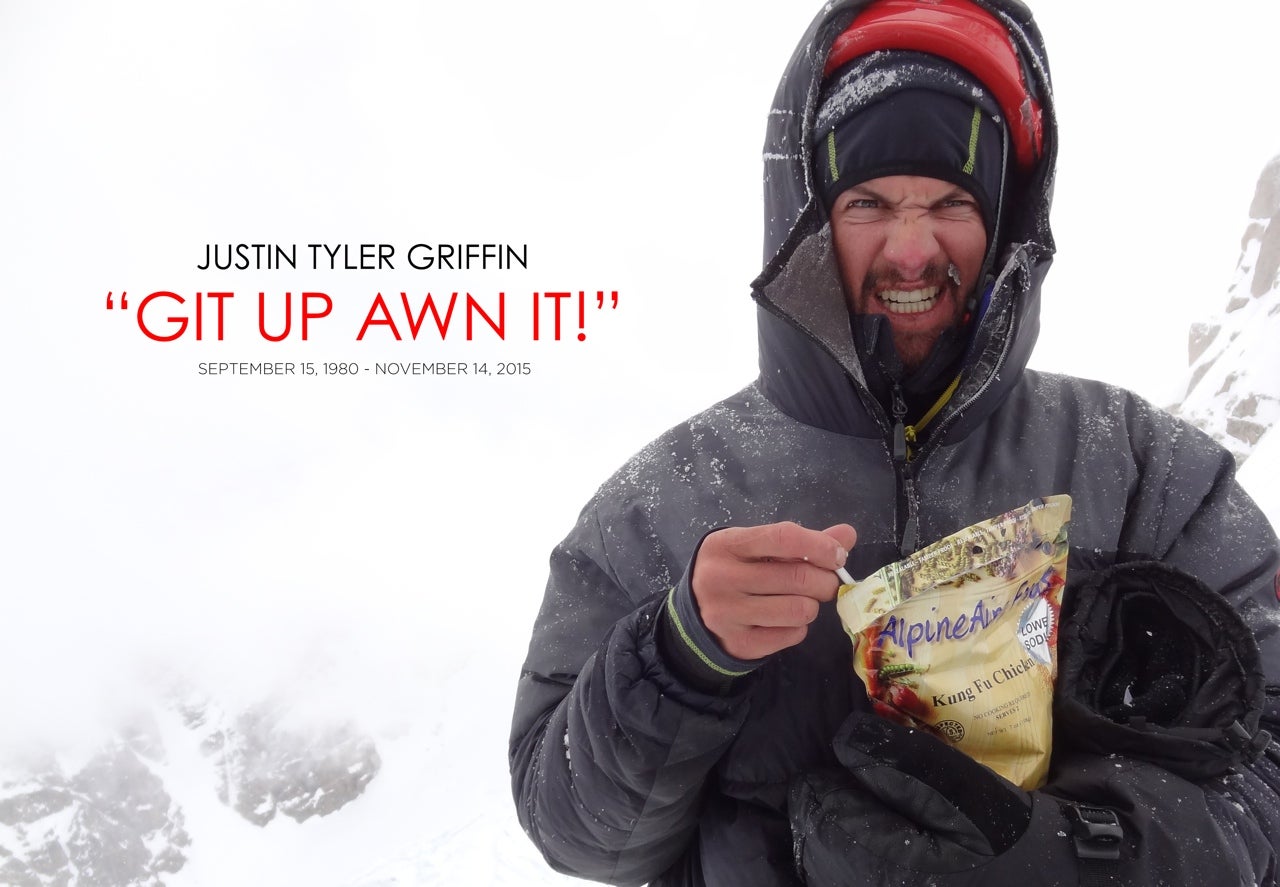 The bag of pretzels he had left in my van remained unopened until I’d heard the news. It was November 14,, 2015. “Justin was not coming home from Nepal,” his wife had told me over the phone. He’d slipped while descending the mountain and fell. We had talked about how badly he had wanted to climb in the Himalaya. It was back in mid-December the year before, while driving to the Canadian Rockies. Somewhere along our route north he had purchased that crappy bag of pretzels from a roadside gas station.

That week, the last week I spent with my good friend, Justin and I climbed the Wild Thing on Mt. Chephren in 25 hours car-to-car. On the summit, winds howled, ripping through the black December night and wrecking our tired bones. The warm hug we shared still lingers. 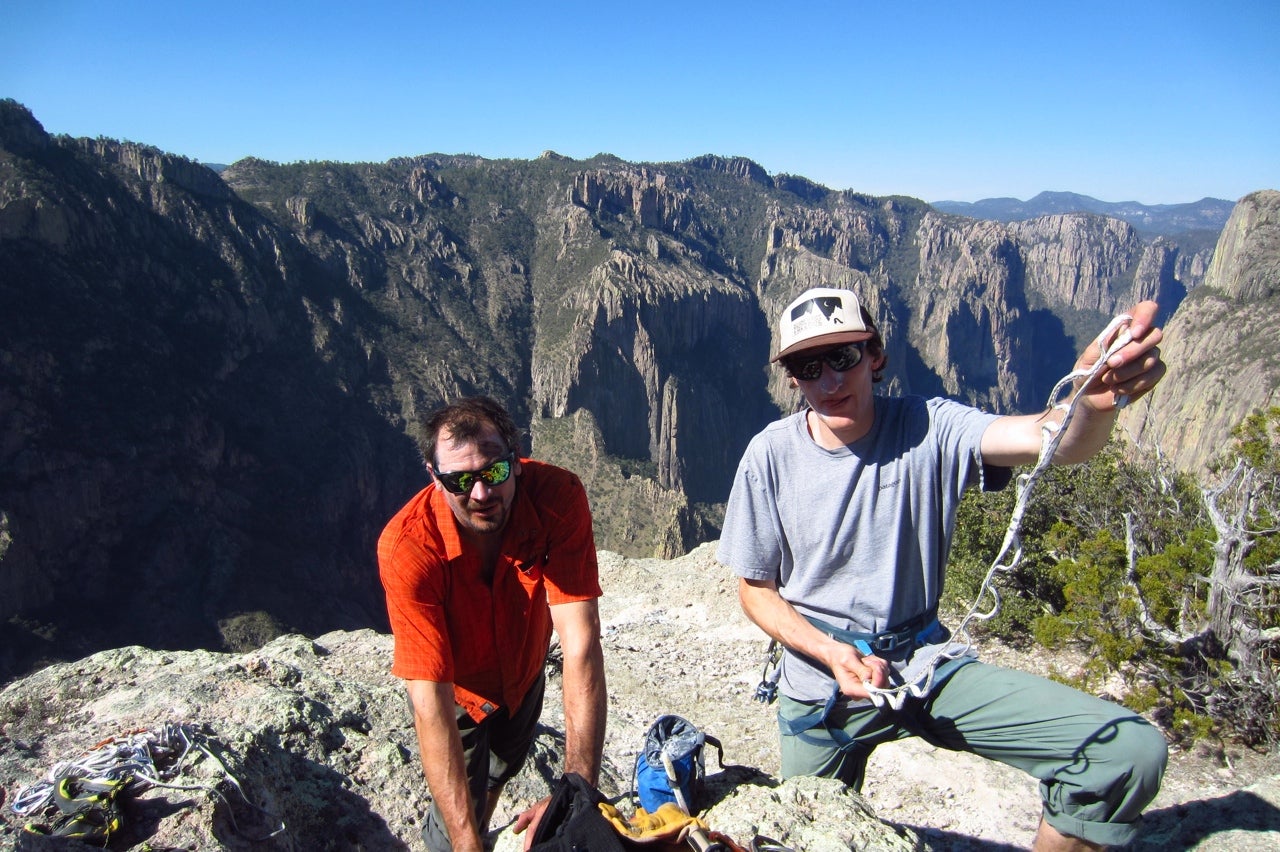 Parked in my mom’s driveway, I sat in my van and opened the bag. Raw emotions and the scent of heavily preserved enriched wheat flour swirled in the air. I dug in. This April my dad had suddenly died from a cardiac arrhythmia. Now Justin was gone and from an accident that too closely reminded me of my own mistake this summer in Pakistan. I’d gotten lucky. I had walked away and they had not.

Justin was skeptical about driving my old beater van to Mexico…and Canada, and Wyoming and Zion, and about any other trip he and I shared. Maybe that was why our trip to Alaska was so successful: We flew. On that two-week trip to Mount Hunter’s north buttress, he and I managed both the Wall of Shadows and the French Route. But the climbs hadn’t been trivial. 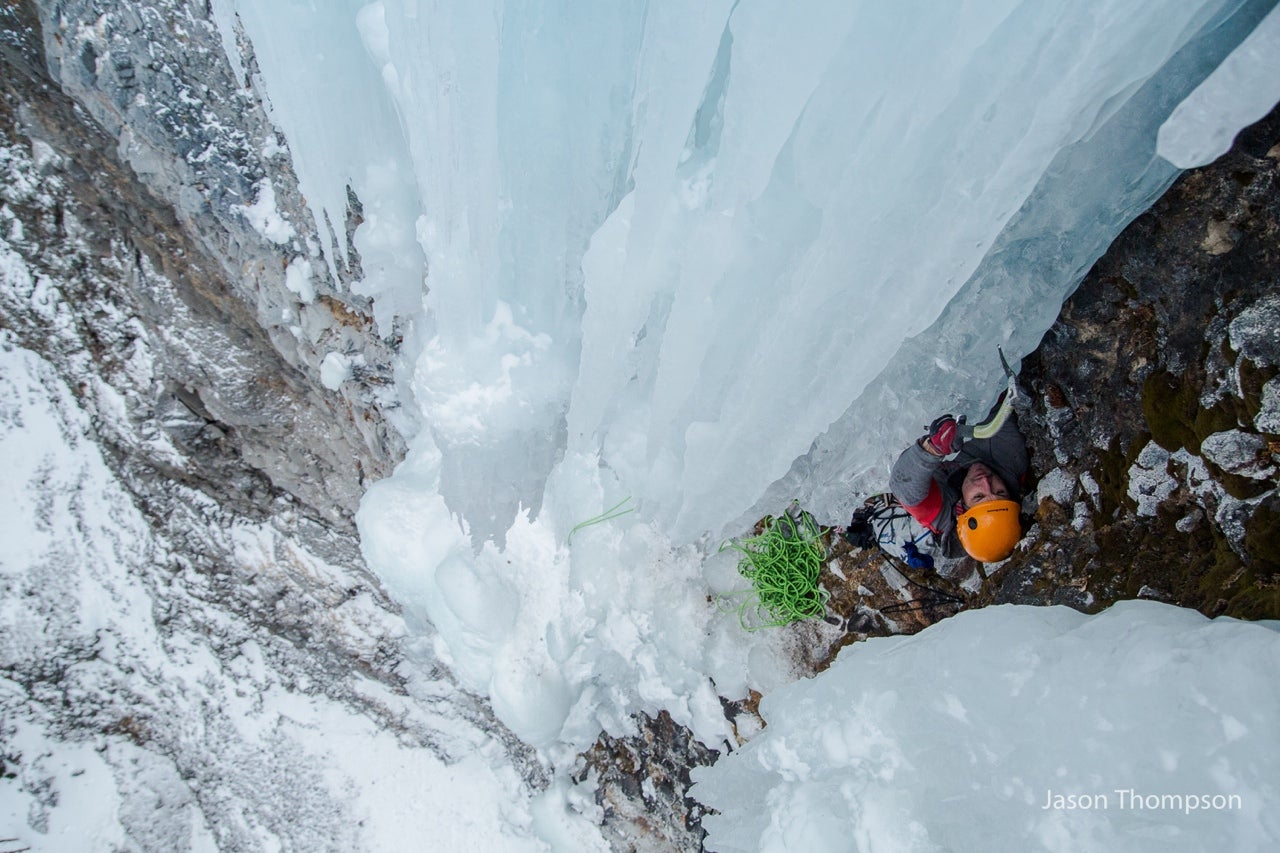 Only 500 feet into the Wall of Shadows, I watched a tiny piece of Justin’s crampon, his front point, bounce and whiz past me on its journey to the glacier. He said he’d gratefully continue climbing if I were to lead every pitch. Some may think leading the entire route is impressive, but I would contest that following the steep bullet hard ice for 4,000 feet with only one front point is much more praiseworthy. Justin followed with a smile and a happiness to be in the mountains.

On the French Route, just a week later and a crampon replaced, Justin and I were 20 hours in and 5,000 feet up when I watched our stove fall from Justin’s hands and tumble down the buttress. I cursed him, swallowed my dehydration, and complimented Justin on the pitch that he’d just led. 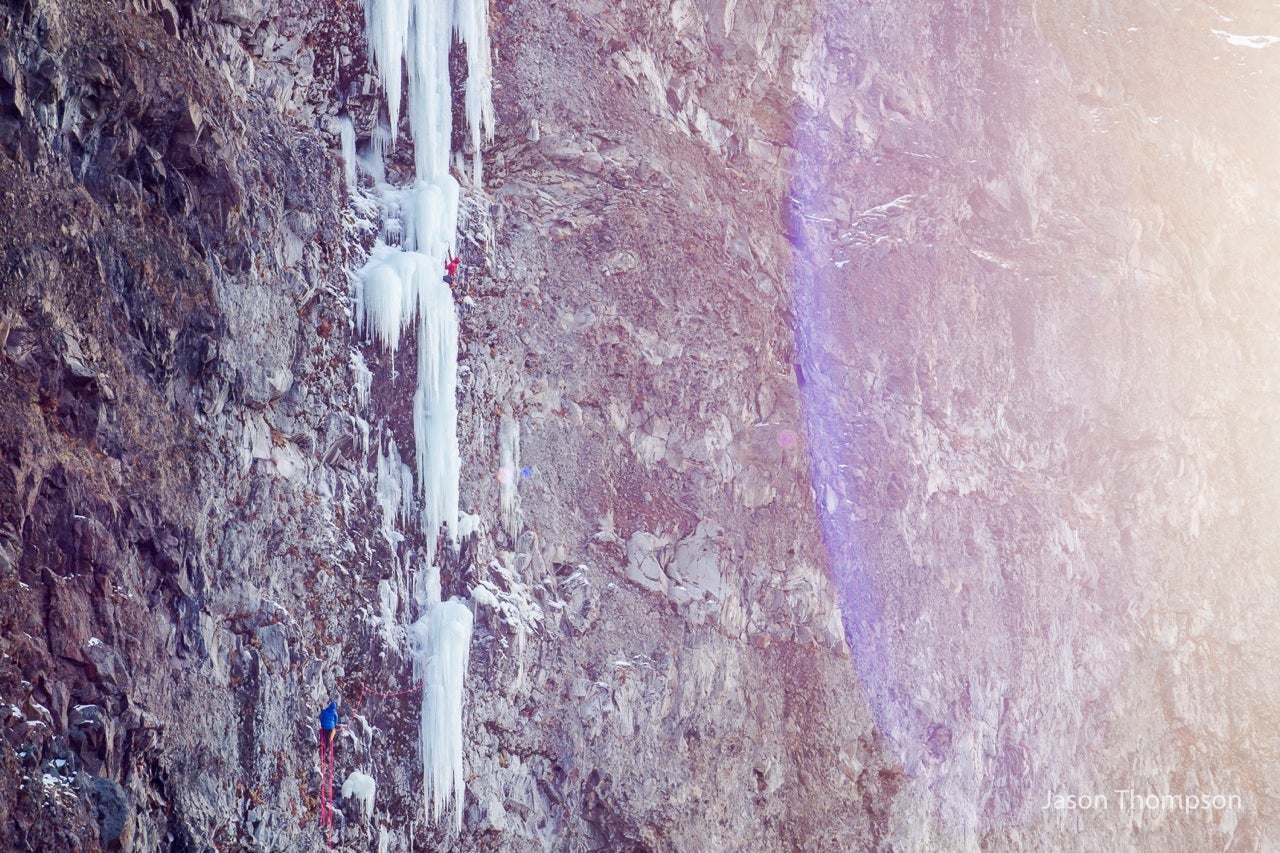 They were both amazing climbs, culminating with silly happenings that prevented us from going to the true summit of Mount Hunter. And that’s okay because dropped stoves and broken crampons were what we—or at least I—got to make jokes about throughout our friendship during the years following.
And now they’ve been printed forever. Sorry, buddy.

Okay, so maybe the van trips did work better. Motivation was never a struggle for Justin and his e-mails usually popped up in my inbox: “Major NEW route potential!!” Other times it was the name of the particular area that he had spent too much time Google-Earthing and where he was hoping to climb. We spent several nights shoulder-to-shoulder, free climbing a big wall in Mexico, we climbed new routes in Wyoming’s backcountry and spent countless more days in Zion, on Hyalite ice, and elsewhere in the American West. On another trip to Alaska, where Justin held onto the stove with a much tighter grip, we skied to the south face of Denali and watched a 6,000-foot avalanche rip down the face. The massive slide and our decision to bail further revealed the strength in our partnership and of greater respect, our ability to walk away from a mountain when it didn’t feel right. 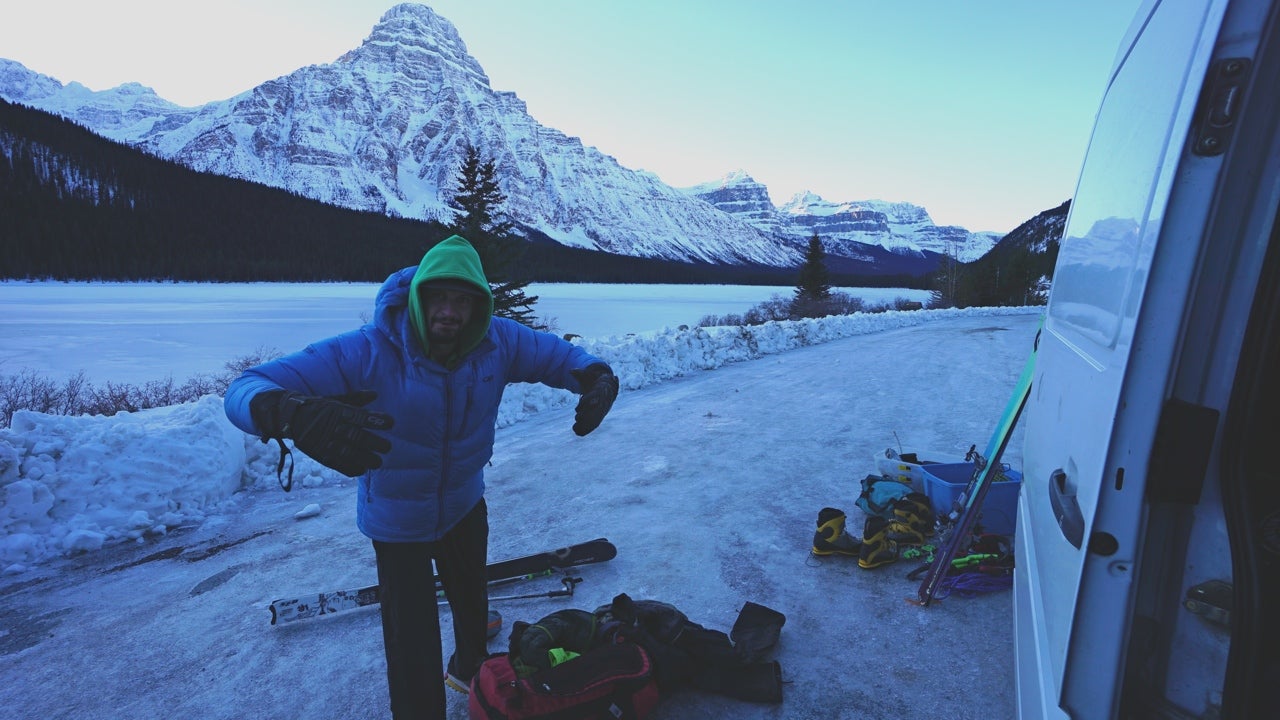 I munched more pretzels and my focus shrunk from the adventures we’d shared to the things he’d left behind, like stale pretzels and the black abyss of death. But then, like an old semi-reliable diesel van, my mind recalled his long, gangly arms, big goofy feet and cockeyed helmet with his huge smile. His contagious enthusiasm for life and friends mirrored his consistent phone calls and polite inquiry into how I was doing. He deeply cared.

If death is what we the living choose to carry with us, then I’ll opt for his positivity. Justin had heaps of it. And being positive, as well as sad, seems like something constructive to do when our friends pass away. This middle ground, a crossroads where life is rocked and the direction ahead remains in question, is where I currently exist. And it is here where I’m happy to find great memories of my dear friend and his nasty pretzels for me to eat.