Should Your Kid Be In Ski School? 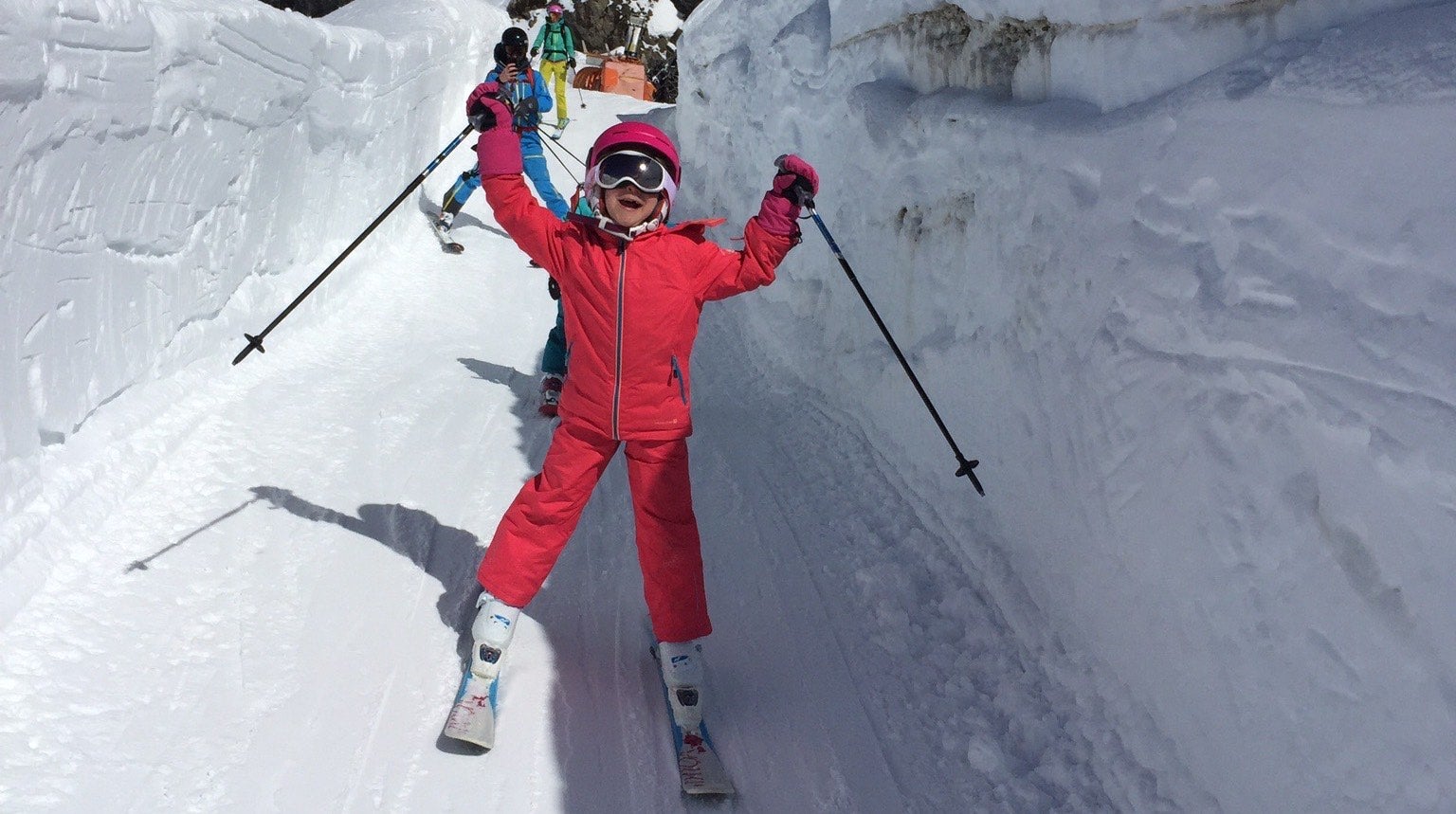 Adam George and his wife, Caroline George, work as ski guides. So Adam initially felt disappointed when Caroline signed their daughter up for ski school. “I thought, given our background, why can’t we teach her how to ski?” he says. But once their daughter was in ski school, he quickly realized their money was very well spent. “Once she gained the skills and base with an instructor we could just go enjoy the day skiing,” he says. Despite describing himself as stubborn, he says he’d encourage others to do the same.

Why is ski school so beneficial for kids, even if their parents are great skiers? We chatted with Rachel Vermeal—who recently received her 20-year pin from the Professional Ski Instructors of America—to find out what’s special about pro ski instructors, and some tips for taking kids on the slopes.

Sure, you can read and write and do math. But teaching a child all those things is different from doing it yourself, and professional teachers have learned special skills to help young people learn. The same goes for skiing. “They’re used to being in school,” Rachel says. So identifying the teacher and working with them might be easier than trying to switch to learning from a parent. “If you get two lessons, and they love skiing and you’re not having a power struggle getting their boots on, that’s great,” Rachel says.

Have you ever seen someone on the slopes yelling the word “just” over and over? LIke, “just make a turn” or “just point your pizza downhill”? As if saying “just” means the action they wish to communicate is easy to understand? Likewise, parents often use words kids can’t understand yet, Rachel says. And that’s where the pros come in. “There are very prescribed methods for helping people understand their bodies and how to move them,” Rachel says. “And parents might not have access to that language repository.”

Removing the parental motivation allows kids to blossom on their own terms.

Odds are, if you’re considering ski school for your child, it’s because you love to ski yourself. Maybe you even dream of skiing together—which is great. But sometimes a parent’s pure excitement can unknowingly put a crimp in their kids’ learning experience. For example, it’s easy to “over-terrain” young kids, Rachel says. “You want to take them out and explore, but they might not be ready for the more difficult trails that are easy for you,” she says. And by dropping them into a place where fear and anxiety can overwhelm them—like a steeper blue run that they’re not ready for—you can actually undo a lot of the progress and confidence they’ve made so far, Rachel says. 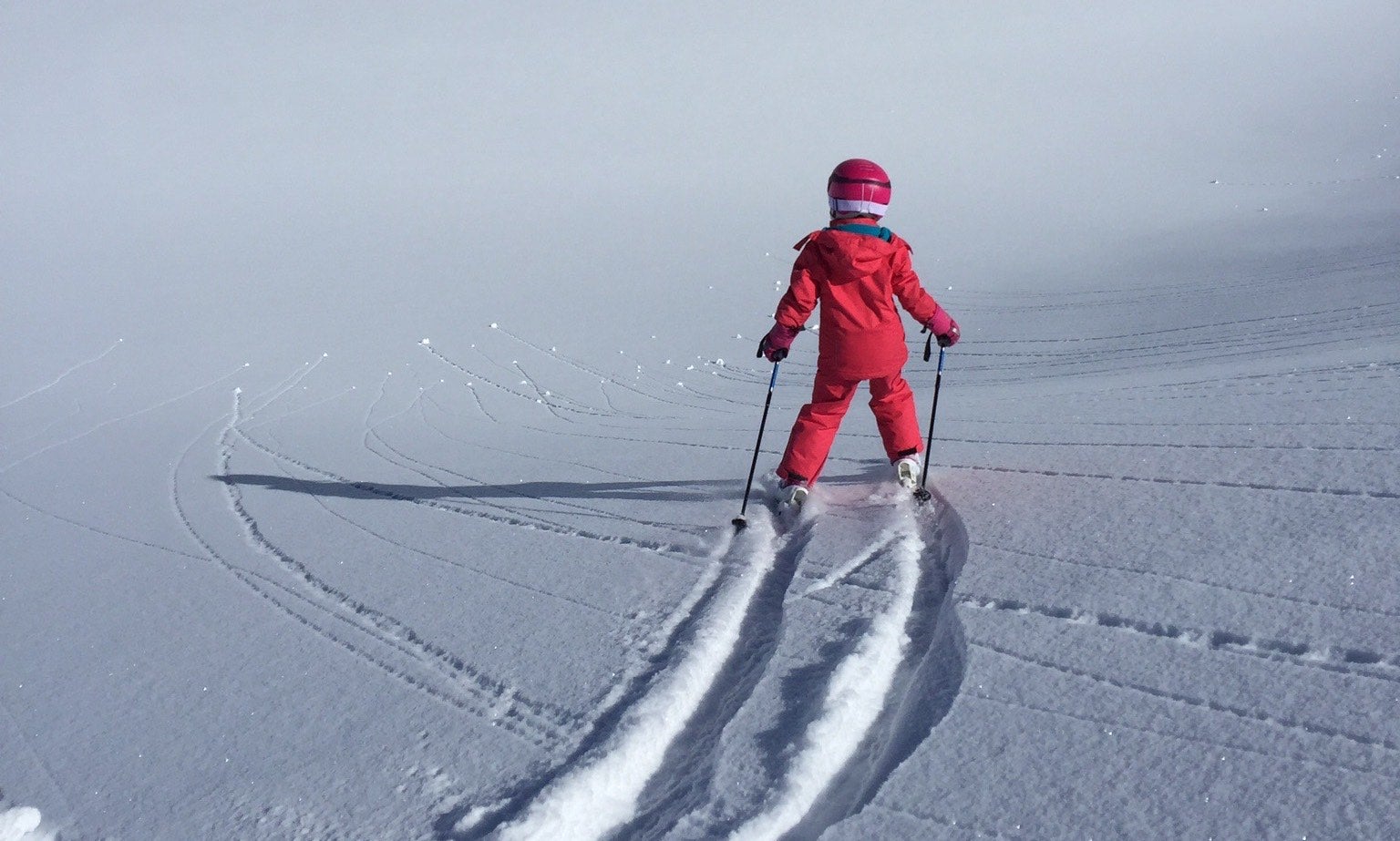 Already convinced that ski school’s the way to go? Here are a few tips for getting the most bang for your buck.

Some people think if they pay a lot for ski lessons they must be good, Rachel says, but that’s not necessarily the case. She suggests starting your instructor search by checking out the website for your ski hill and asking friends for recommendations. A first-person recommendation for an instructor or a type of class is golden, she says. Also, take into consideration your child’s personality and learning style. Do they do better with a group? Or, with the one-on-one attention of a private lesson?

Listen closely when you ski together.

When it’s finally time to ski with your child, it’s crucial to let them continue at their own pace—and to make sure their needs are met. For example, Rachel says, it’s sometimes difficult for kids to find words to express that they’re cold, or tired or hungry. Instructors are always looking for clues and asking about those needs—you should be, too. If a kid doesn’t want to do something, they’re trying to tell you something, Rachel says.

It’s natural to be psyched about skiing together, and wanting to show your kid your favorite runs—or your favorite view from Chair 9. But Rachel says kids can often feel afraid outside the context of class and need a gentle, positive atmosphere to reinforce what they’re learning in class. Maybe not a big adventure that will stretch their limits, at least not right away. “They’ll tell you when they're ready for that next step,” she says.

Support what they’re learning off the slopes, too.

To help keep them psyched and review what they’ve learned, Rachel recommends spending time with books like Squirrels on Skis (originally created by Dr. Seuss) and Do Teddy Bears Ski? (written by a certified ski instructor). “It’s a great way to give visuals and imagination to skiing,” she says. “If you have these kinds of books at home, it reinforces some of the aspects of skiing between lessons.” Also, there are squirrels on skis. Need we say more?