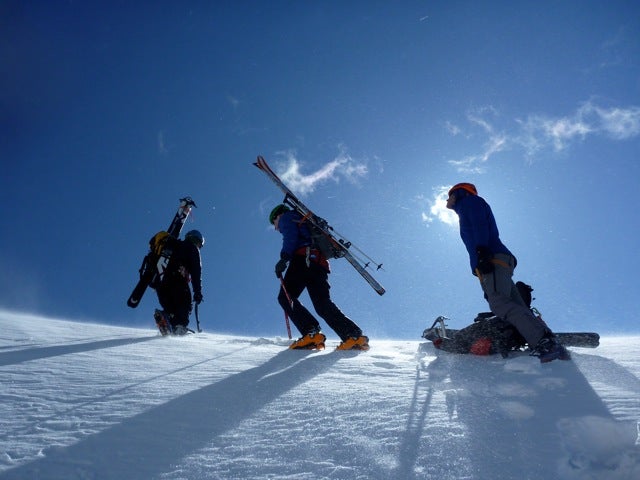 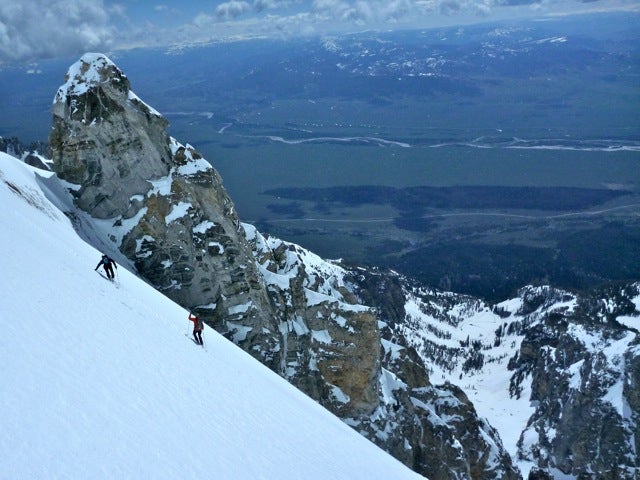 The avi hazard in the Tetons was high. Aaron had been out the day before, and knew that the peaks had been hammered by winds. We could stay low and hunt for powder, but there was another option. We could go high. I love powder. But I remember days up high much longer.

As we rose, the clouds parted and gathered up again. I kept thinking of what Raphael Slawinski had written about “getting amongst it.” By the time we topped out on the Middle Teton, we were amongst it good. The wind had torn the snow from the ridges, leaving rime in its place. It felt as if we were in Patagonia.

And I hadn’t had a decent summit all winter.  “What do you think?” I asked. “The South too?”  Aaron had his doubts, but once we pooled our food and water, we found we had enough. It would be retrospectively pleasurable, but the best days often are.

On top the South Teton the clouds engaged in a burlesque, covering and uncovering the peaks around us. Our line of ascent, the northwest couloir, was unskiable, and the avi danger kept us away from the south-facing options, but there was an alternative: the east face. I gave it 50-50, but Aaron led the way, getting us down to the Ice Cream Cone and the rattly ride out.

It’s rare in the winter to have moments amongst it like we did up there. When you do, the beauty sears itself onto your soul. “I can’t believe I live here,” said Aaron, more than once.  I can’t believe I do, either.