So You Want To Run The Grand Canyon R2R2R 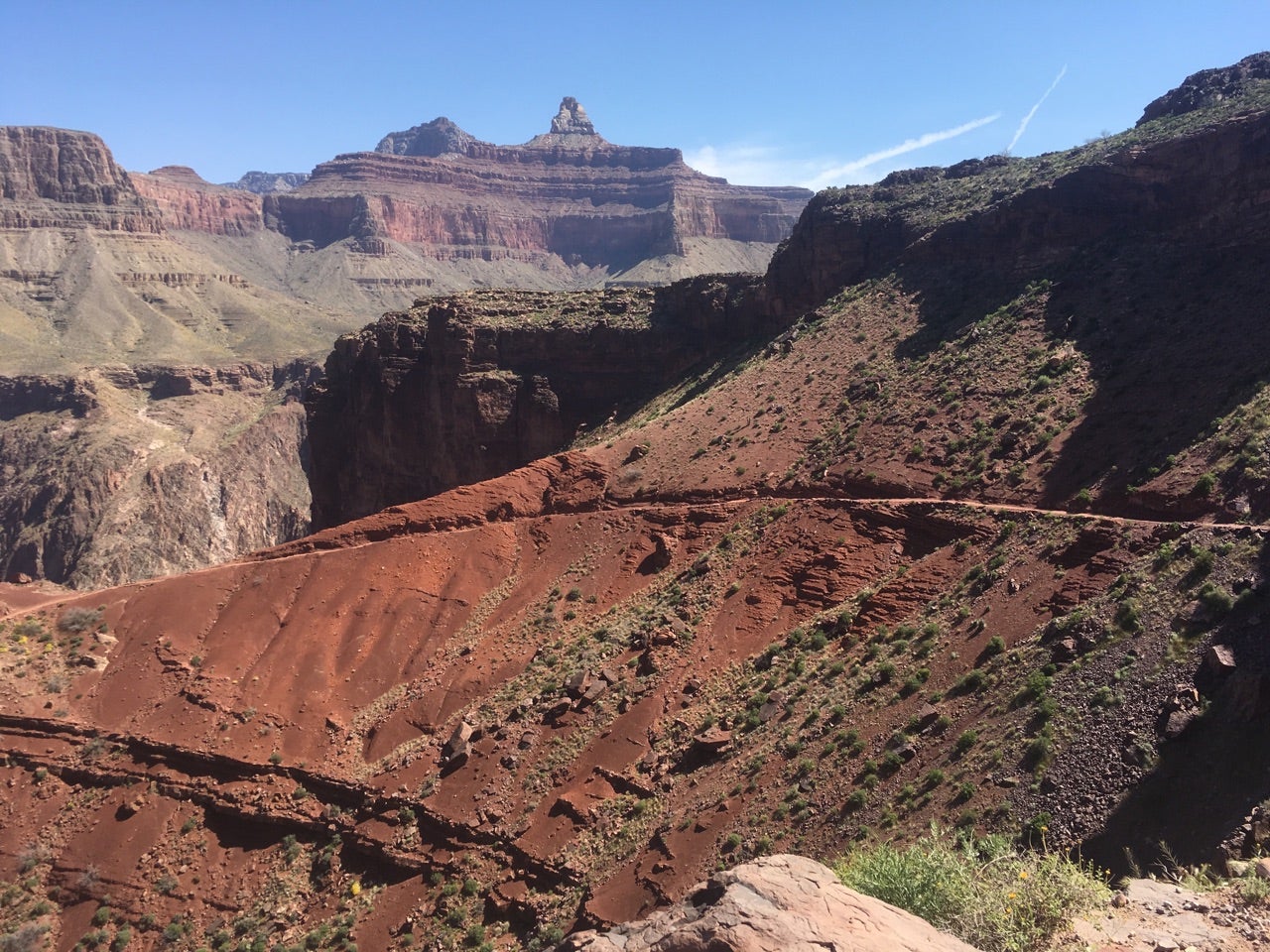 “One bar would be amazing,” I gush as I am led back up the trail to the campsite belonging to this generous Good Samaritan. As we commiserate with each other over our food being stolen from the bear boxes earlier in the day, I notice that the sky behind her has grown noticeably dimmer, a muting grey settling over the sagebrush-covered landscape. “I think that should get me to the South Rim just fine. That or the thought of the bed and burrito that are waiting for me in my van.”

I’m nearing the deepest point along the Kaibab Trail, and my legs are finally enjoying moderately flat ground in between a pounding decent and the seemingly endless ascent before me. At this point I’ve begun to question why I thought running solo from the South Rim of the Grand Canyon to the North Rim and then back again was a good idea—but now I have no other option but to keep trudging. Type 2 fun never reveals itself in the moment—that’s part of the game, I remind myself, unwrapping the bar and voraciously stuffing it into my mouth. 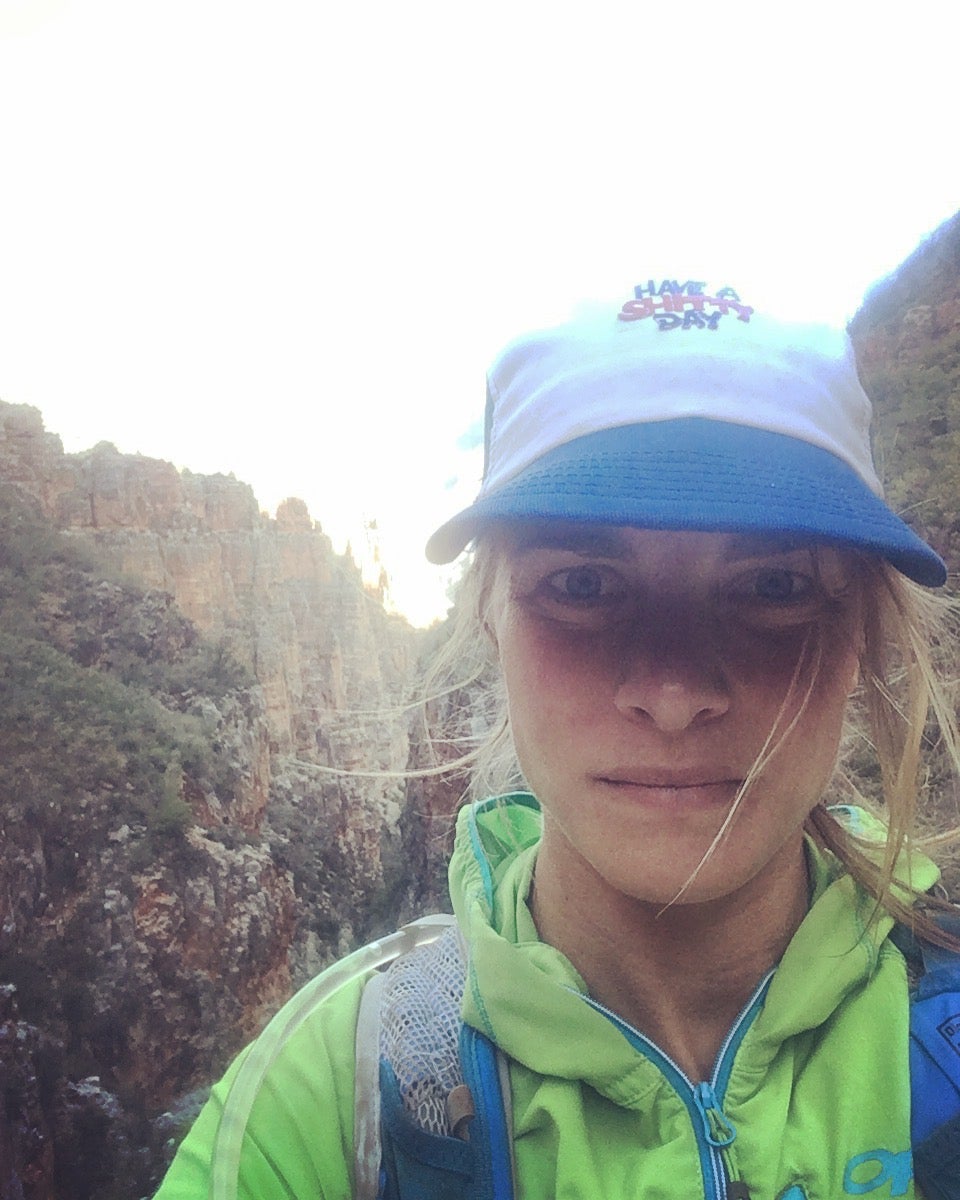 The R2R2R is typically done in a single push, as a fast hike or run. Most parties choose to start at the South Rim (the North Rim is often closed during shoulder seasons), traveling down to the belly of the canyon and up to the North Rim, then reversing their tracks. The South Kaibab trail is the most common route of choice, linking up with the North Kaibab trail at the Phantom Ranch Ranger Station. This is a 41.2 mile out-and-back route, with over 20,000 feet of elevation gain and loss. The trail, one-way, can be divided into thirds: the first third heads downhill, the second third flat and very gradually uphill, and the final third steeply uphill to the North Rim. 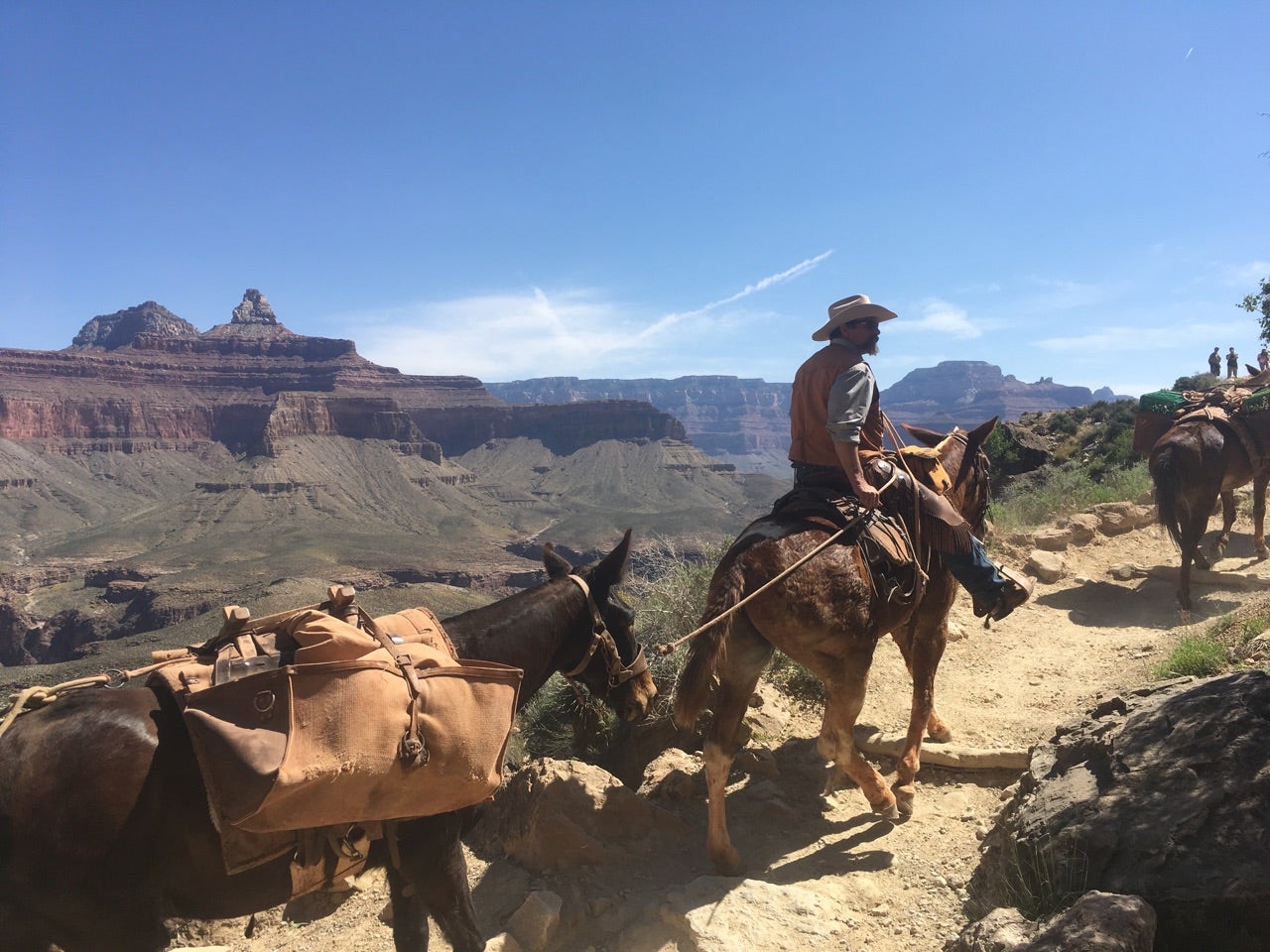 The NPS advertises that their water sources in the canyon are in operation from May 15 through October 15. I would recommend calling their office or checking the links below before you go, as often these water sources can be available out of season as well. I ran the R2R2R on April 13, and found water at Phantom Ranch, Cottonwood Campground, and the Pump House Ranger Station. My general rule was to fill my 1.5L bladder when water was available, which served me well. I also carried a few iodine tablets in case of an emergency.

Additionally, I found that bear boxes were available at many of the campgrounds (owing to the out-and-back nature of the trail, stashing food might be something to consider if you’re trying to be extremely weight conscious), although be forewarned that I did have my food stolen from one of these boxes in the span of a few hours. Additionally, the Phantom Ranch Canteen is open all day and offers snacks and full breakfasts and dinners.

Fall (late October and early November) and spring (late April and early May) are the ideal seasons for tackling the R2R2R. Summer months are far too hot for running, and in the wintertime the rim of the canyon is usually covered in snow. More daylight is available in the spring. Regardless of when you go, expect a huge amount of variance in weather throughout the day. The Grand Canyon is a mile deep, with the South Rim at 7,200 feet, the North Rim over 8,200, and the Colorado River at about 2,400. In the same day, the South Rim could be freezing at dawn and the bottom of the canyon reaching 90 degrees. 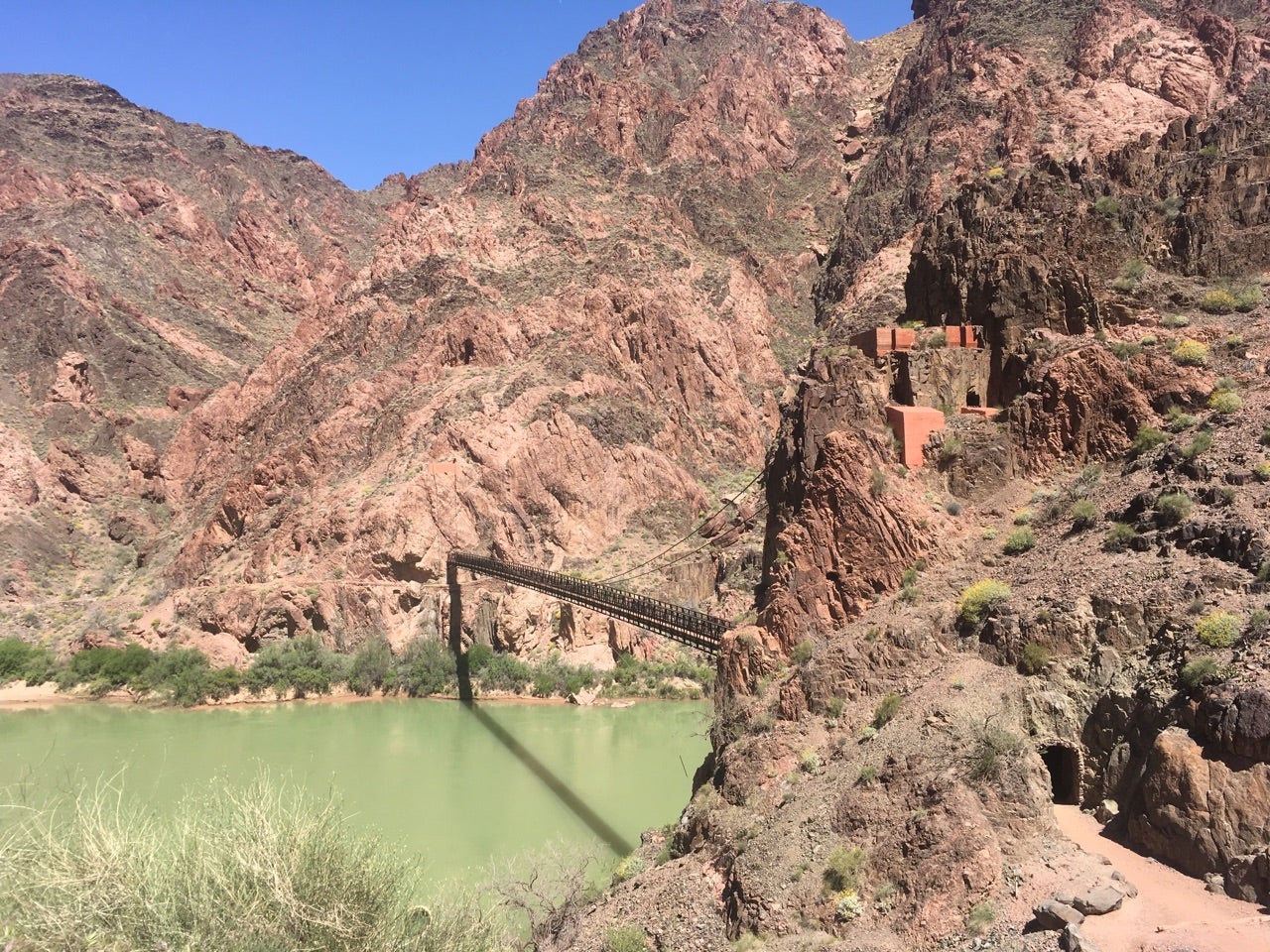 I would recommend checking the forecast before you head off on the R2R2R, and planning your layers accordingly. If you’re beginning in the morning, your first few steps will likely be your coldest; as you descend, both air and body temperatures will rise. A combination of layers will serve any runner well: a tank top/t-shirt with a packable wind layer overtop, and shorts (for the warmer days) or tights on your bottom half. Wear a pair of comfortable and broken-in trail runners, a sun hat or visor, and carry a hydration backpack (we recommend about 1.5L) large enough to carry bars, goos, ibuprofen, sunscreen and an extra layer.

Here’s my pick of clothing for a typical shoulder season day: 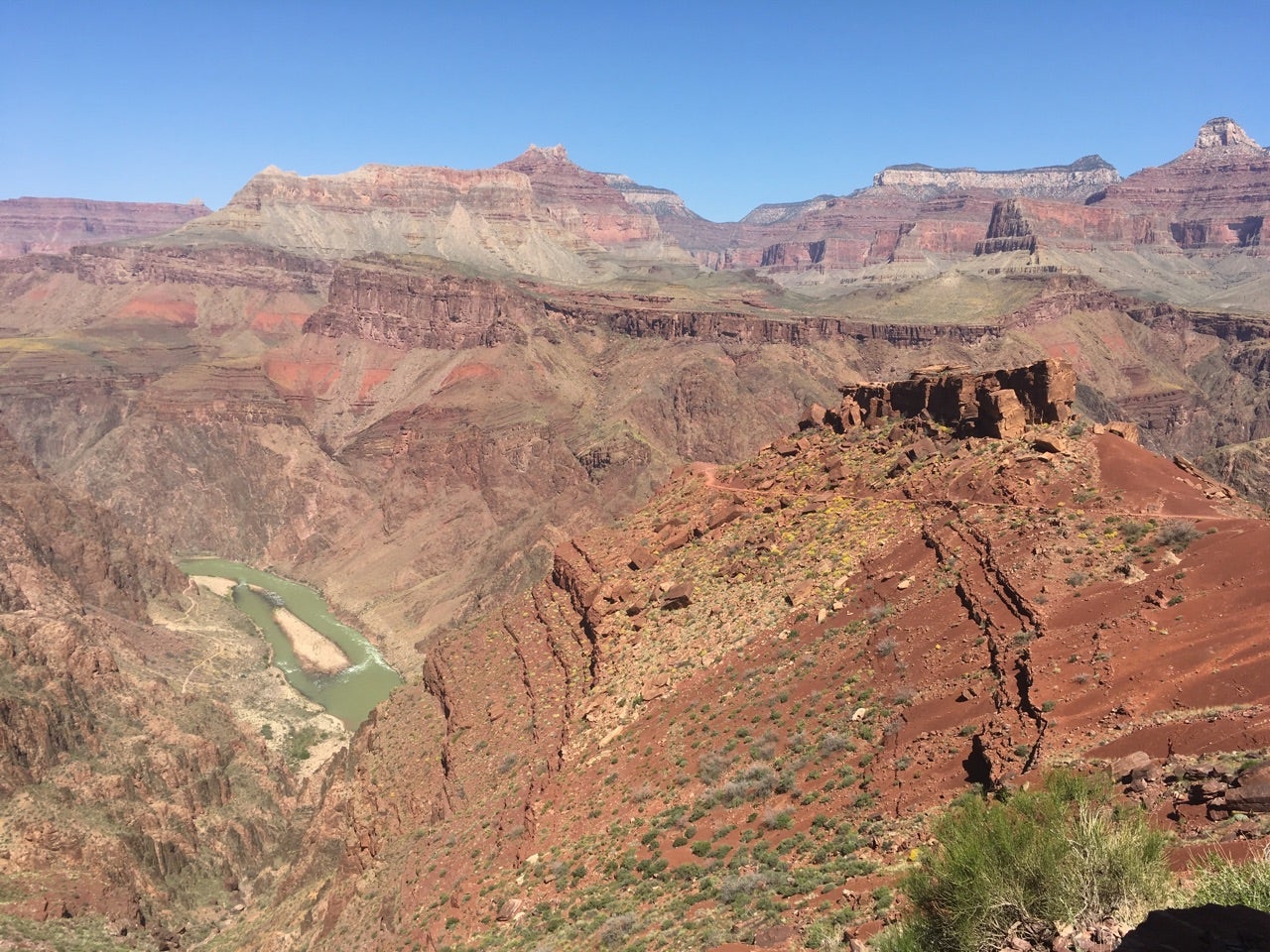