Stuff Climbing Moms Need: A Breast Pump They Can Take Along 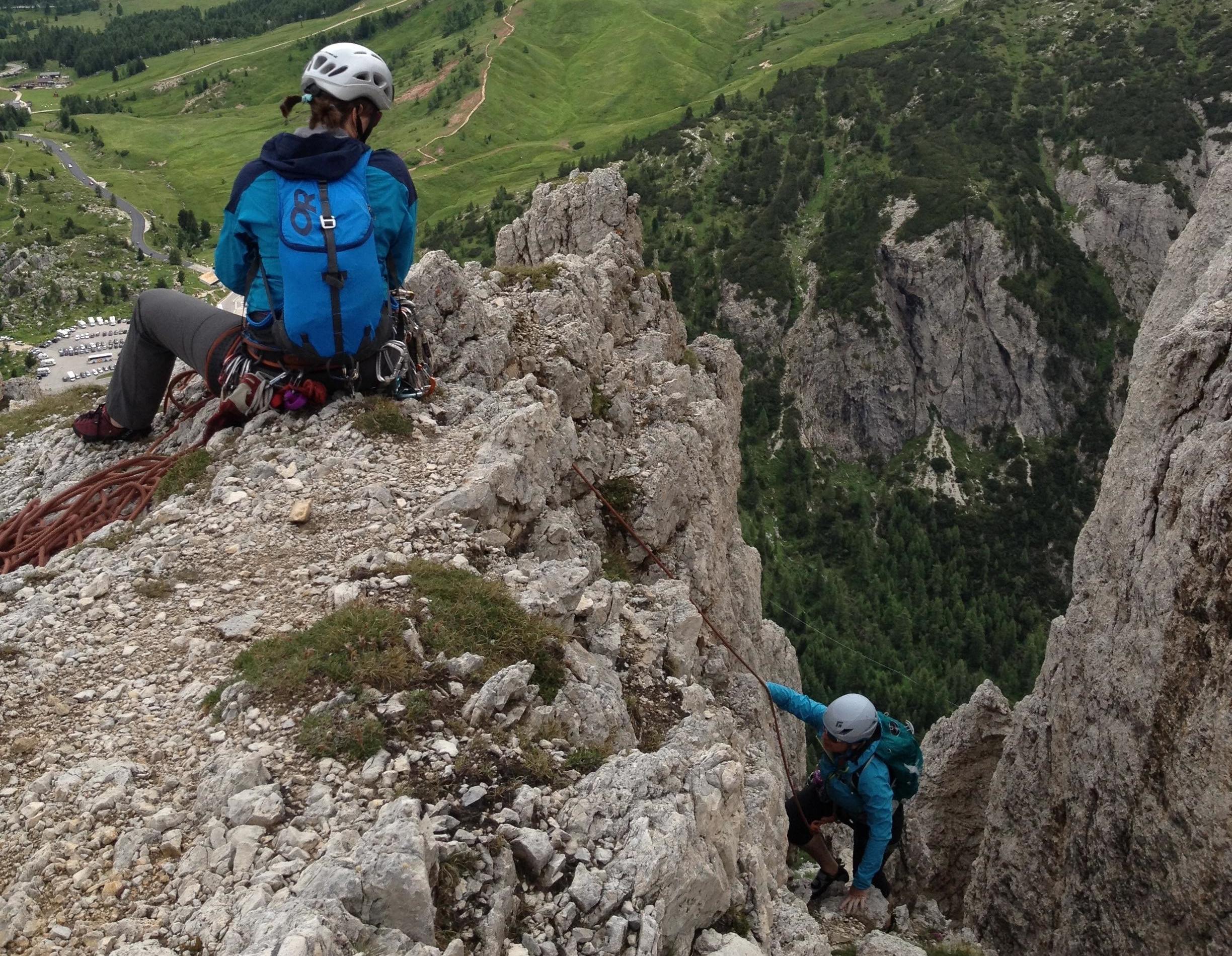 When my daughter was born, I had what can best be described as a rough goal about how long to breastfeed her. Six months? Sure! That sounds reasonable. But after it took almost two months to get things going smoothly (and lots of hours in those two months), I was somewhat surprised to find myself determined—very determined, in fact—to keep at it. Here’s the catch, though: I was also determined to return to my work as a mountain guide, too. Problem was, my light and compact hand pump was too slow, only working on one side at a time, and for me neither side goes very quickly. And so, through February, March and April, I tested the limits of a new technical system: I lugged the workhorse breastpump, the Medela In Style, and the various bottles, batteries and associated covers/halter up and down in my already gaint airbag pack. It worked, but it got old.

The seasons changed, and as my daughter approached six months I found myself, to my surprise, still determined to keep going. But how to fit it all in my already overstuffed summer alpine climbing pack?

Enter the Freestyle. It has a rechargeable lithium battery and a compact—and quiet—pumping unit. Summer guiding means warm temps, but even with the ice pack/mini cooler along, the pump is small and light enough to fit in all my usual packs: the 20-liter mini climbing pod or the 32-liter alpine pack. The only packing change I needed was to put my helmet on the outside.

Did I mention it was quiet? The sound of the In Style is ... distinctive. So instead of the obvious whi-whuh, whi-whuh that seemed all too loud (If you’ve heard it, you know what I’m talking about), I have the quiet purr of the Freestyle, dubbed ‘the alpine kitty’ by one of my clients.

And there’s more. The shield/bottle setup doesn’t stick out as much as the standard ones, so it's easier to pump on the down-low. Best of all, the pump has a small clip on the back, so you can pump and move around. At, say, breakfast…in a hut. At 4 a.m. It works! With a Hooter Hider as a cover, you're in pumping stealth mode. Aside from the occasional confused Swiss guide asking if I was on oxygen, people didn’t seem to notice.

What are the downsides? There are only two I know of: One, the online reviews of the pumps say it isn’t as strong as the bigger ones. This was never a problem for me, as I have used it on the mid-range settings and been fine (I tried turning it up a time or two…ow). Two, the breastshields are somewhat limited in the size range you can use, so make sure you check on that piece.

In my head I have a narrative verse, and it’s called, Oh the Places You’ll Pump. For me, that has meant pumping while hiking trails, taking breaks to put on crampons, on glaciers, in woods, before skiing down ... and I know for sure that I’m not the only one doing this. So – if these places sound good to you, give it a try with a pump suited for the job.