Sure, I've Heard About Your FKT. What About A FKTIK? 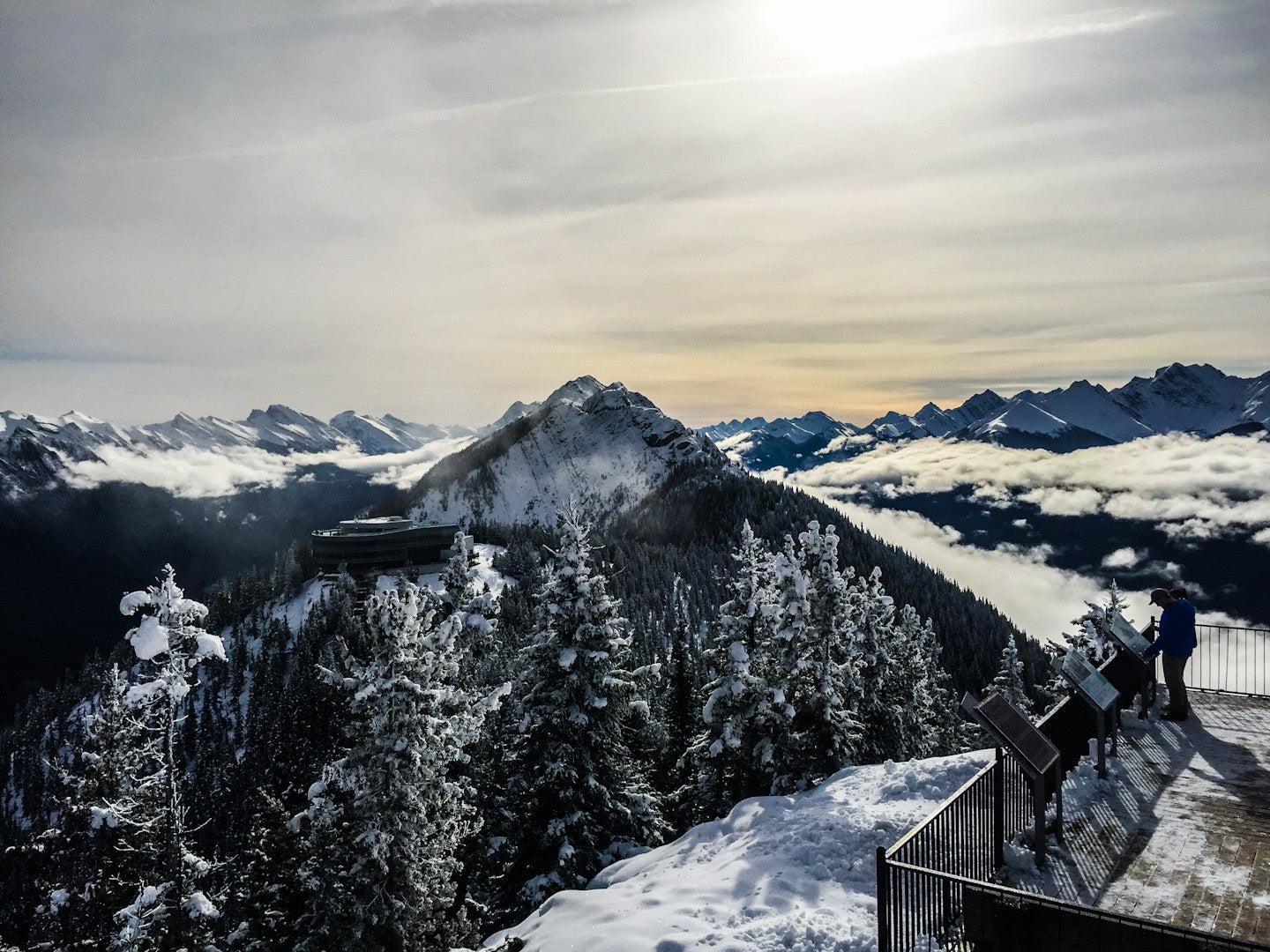 The saga of my recent FKTIK (Fastest Known Time I Know) on Sulphur Mountain begins long ago—at least as far back as a few days before I achieved the record-shattering time on October 29. After learning what FKT means from my friend’s Instagram account, I realized that I didn’t know of any FKT on Sulphur Mountain. A quick google search of “FKT Sulphur Mountain Banff” didn’t return any links that looked like fun to click on, so I just assumed the FKT had never been recorded. So the dream was born.

Sulphur Mountain (2451m) is likely the smallest peak that towers over the mountain hamlet of Banff. It holds a less than commanding presence, surrounded on all sides by other more domineering peaks. The Gondola it sports to its summit is the main attraction, along with the super-crowded hiking trail with switchbacks beneath. It is, undoubtedly, the site of many FKTIK attempts. But this was my moment.

The next day, or maybe as many as two days later, I started walking from the Banff Centre down through cruxy route finding to the pedestrian bridge over the Bow River. (It’s worth noting I onsighted the entire route, along the way to setting the FKTIK). I paused to take a picture of the bridge, which definitely slowed me down; then walked uphill for a long way along rugged trails until I encountered a posh resort with a road to it, and a Gondola leading up from it. I briefly considered just taking the Gondola to the top, but then decided I couldn’t compromise the ethics of the FKTIK by using artificial aid. So I kept walking uphill. 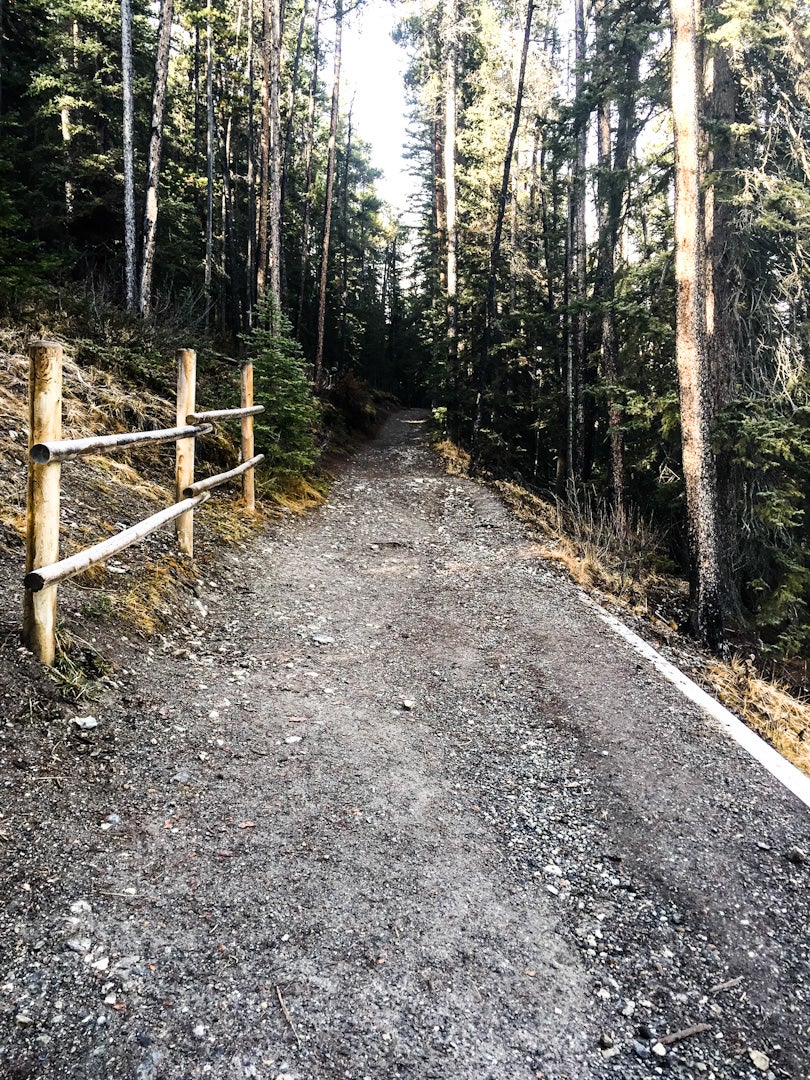 After nearly 30 minutes of hiking, I got lost on the complicated trail system, which was not much more than a singletrack. Here, though, I was confronted face to face by true wilderness. This, I believe, is the real reason behind any FKTIK: to become closer to nature. Otherwise, I would just walk uphill on roads, or one of those tilted treadmills. I paused to take a few artistic shots of the lichens, which enchanted me and reminded me of how small I am. Or, well, how small they are. Whatever. Some stuff is really small. After a deep meditation, and a brief sun salutation, I jogged like a caveman through the untamed forest back until I finally found the trail.

I was more careful going, from then on, but the trail narrowed perilously, and presented quite a challenge as it was covered in ice and snow. As the trees broke apart briefly, I could see what I assumed was bad weather coming in. My heart skipped a beat, but I kept going. I was too committed to the FKTIK to go down now—I’d been walking uphill for nearly an hour and a half.

Suddenly, the summit was within arm’s reach. I began to jog, only to find these two really obnoxious old ladies wouldn’t cede the path. I assume because they were also after the FKTIK. So I angrily passed them by, as they squawked to me in some foreign language (Canadian, most likely), and hit the Cumbre!

It turned out, the cumbre was really just a cumbrito (Spanish for summit-ito). As tourists milled about in the monstrous Gondola building, and I snapped photos, I realized there was a whole other wooden walkway to a higher point, at least a quarter kilometer away. Fearing the old ladies would beat me to the true summit, I jogged ahead, huffing and puffing up maybe 100 stairs, until I reached the summit.

Of course, the work was only half done. So I ate a bagel with cream cheese, drank some water, did another sun salutation, and then began running down toward the trailhead. I was making really good time, passing other probable FKTIK-seekers left and right, when I blew a snot rocket too hard and got a bloody nose. It was really intense, with blood everywhere, and I thought about throwing a rock at the gondola above to try and initiate a rescue. But in the end, I knew I was alone on the mountain, and no rescue would come. So I put some lichens in my nose, and carried on. 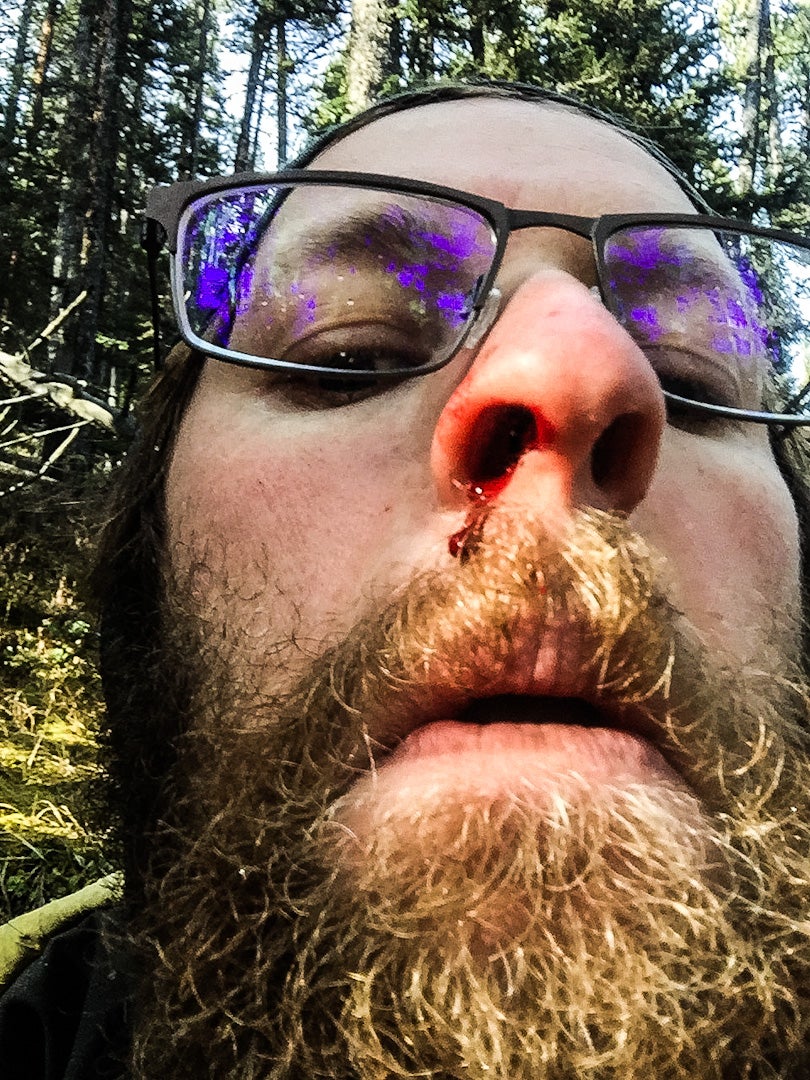 When I finally reached my humble lodgings below, I looked at my watch: I had truly achieved the FKTIK. Only 4.5 hours roundtrip. It was a great victory for me, personally, and in some ways I think for all of Canada.

I hope my FKTIK of Sulphur Mountain will spark a revolution of sorts for other FKTIK seekers in this enchanted area. The best thing for the mountains, and for all of humanity, is undoubtedly more competition. By all pushing ourselves to walk uphill faster than one another, who knows what the human race could achieve. Maybe climate change, or deforestation, or hungry people could all be solved by our perseverance, and the freedom of the hills. 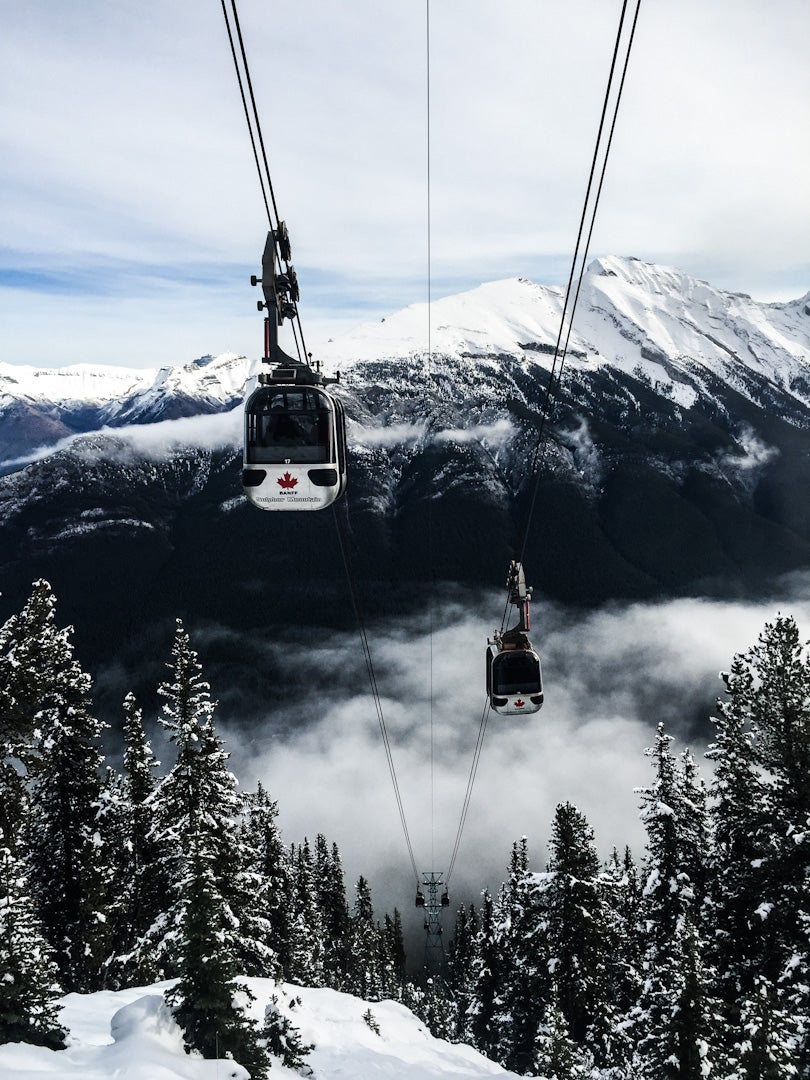 * It is important to note here, that I am not claiming the FKT. I am far too humble for that, and I am confident that someone else even humbler than I am may have achieved a faster time before, and simply told nobody. I also am confident that my time, though blistering, can be beaten. It is inevitable that somebody more touched by the commercialized side of uphill walking, someone with less respect for and interest in lichens and the call of the wild, will make a faster time by avoiding my spiritual detours.

** I’d also like to note that I am obviously not counting FKGTs (fastest known gondola times). The gondola’s simply don’t switchback enough for a comparison to even be worthwhile. Going straight up is a completely unfair advantage, and everyone knows that cutting switchbacks causes erosion.