The Art, History And Ethics Of Trundling 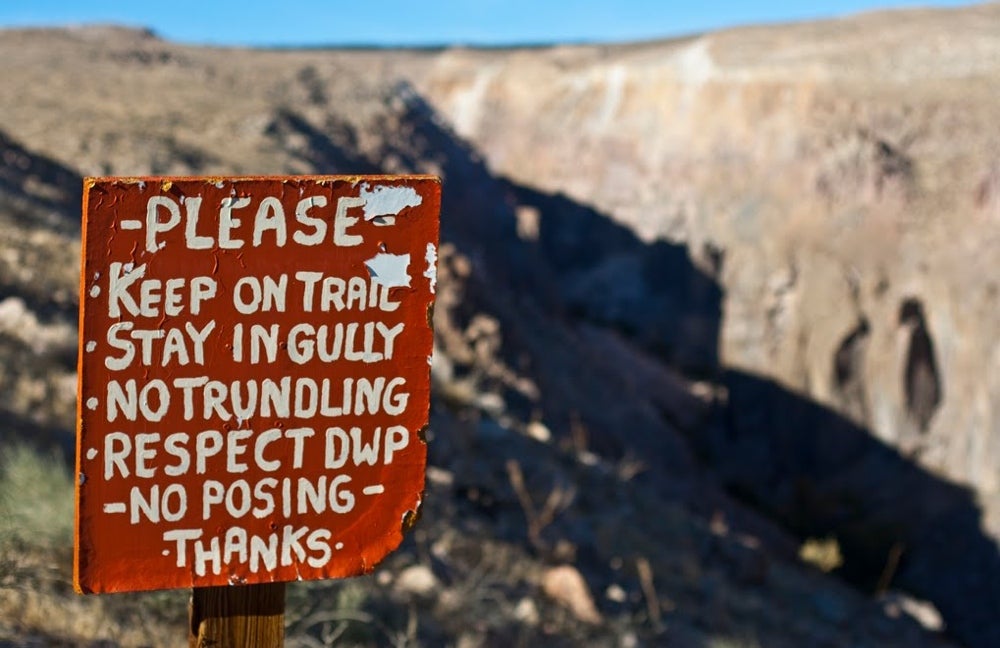 Warning: Neither Outdoor Research nor the author condone trundling. Trundling is extremely dangerous and has killed people. Trundling is not a sport. Leave the rocks alone. Do not trundle. Unless it’s absolutely necessary, no one is below you, and it will keep future parties on a climbing route safer—then, it’s OK to do it responsibly.

I love to trundle rocks. Big rocks! Watching massive boulders swallowed by gravity’s beckoning, falling through the air, spinning, exploding down a steep cliff is purely spectacular. White, black, grey and red stone pulverized to their prospective colored dust, sparks go flying, then the scent of gunpowder wafts in the air. It’s like nature’s firework display. BOOM! Impact! Oh, how I love the sweet thrill of the trundle. I think most people agree, trundling is beautiful…

…and beautifully dangerous. And so we have the signs, “No rock throwing,” “Hikers and climber’s below,” “No trundling,” in places like Zion National Park, the Black Canyon of the Gunnison and at other large chasms in the earth with relatively easy access. It’s no secret, people love to trundle. And in fact, we have for nearly a billion years. Some say shooting stars are actually the gods of the universe throwing rocks at each other (War Storm: The Lords of Destiny, p. 349). Sadly, early humans adopted the example set forth by the gods and rock throwing became the gruesome act of stoning, an ancient form of capital punishment that is now largely perceived as cruel, unusual, and a serious violation of human rights. Fortunately, the history of rock throwing was not solely destined for an ill fate. 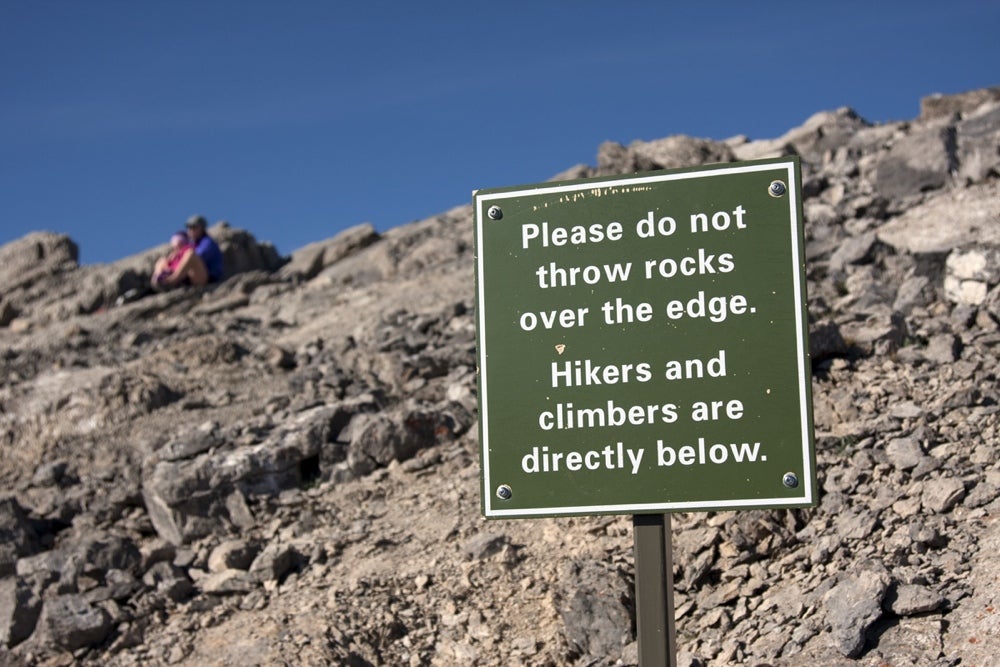 In about the first century, a civilized group of kilt wearing men in the Scottish Highlands adopted a manor of responsible and peaceful stone throwing. These early competitions, which celebrated the art and beauty of a stone flying through the air, evolved into the modern and highly glamorous sport known today as the shot put, an Olympic event with a major following!

As a climber, and more so as a human being, I personally would prefer to live out the entirety of my life having never killed anyone. And so, I take trundling very seriously. Sometimes it’s necessary—to make a route safer for future parties, or to keep a rock from falling and hitting your belayer. The temptation is everywhere, so next time you find yourself in the vertical world, standing on a tiny ledge with a good looking rock, stone, or massive boulder precariously perched, it is my suggestion that you abide by the following rules and ask yourself these questions…before letting ‘er rip! 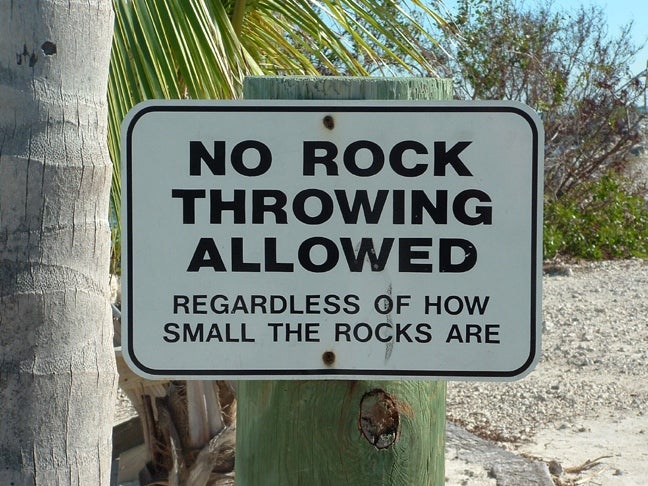 • Is your partner or ANYONE else below you? If yes, DO NOT TRUNDLE.

• Do you have a clear line of sight to the ground and are you absolutely positive no one is below you? If not, DO NOT TRUNDLE.

• Are there fixed ropes or equipment below you? Or did you leave your backpack at the base of the route? If yes, DO NOT TRUNDLE.

• Are you climbing, or hiking, in an area (i.e. National Parks, sacred sights, monuments) where it may be considered uncouth or even illegal to trundle? If yes, DO NOT TRUNDLE.

• Would trundling the rock in question result in a cleaner and safer route for future parties? If yes, and only after the additional concerns have been addressed, DO TRUNDLE!