The Beauty of Bowron Lakes 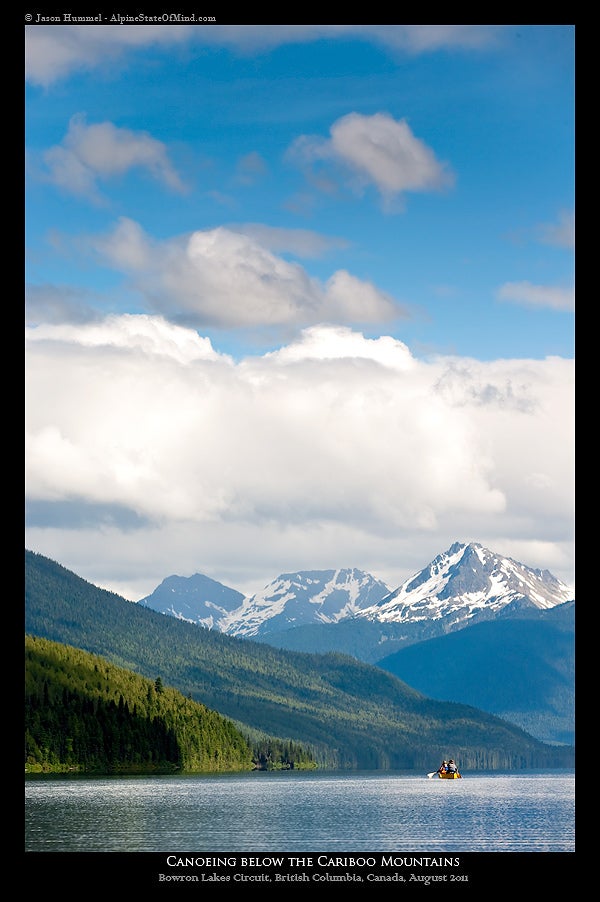 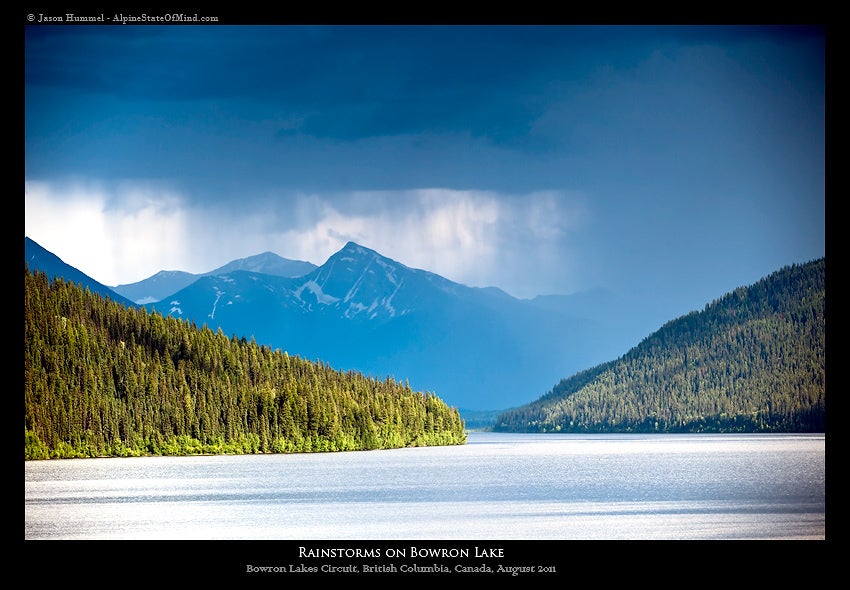 Imagine falling asleep to the comforting sound of raindrops on your tent and waking up only to look outside your tent and see a beautiful rainbow arching over a lake, a moose munching on swamp grass, hills of lush green forest of alpine fir and white spruce in front of a backdrop of high serrated peaks. If it wasn’t rain falling on the tent, you’ll be soothed by the hauntingly-eerie sound of a loon wailing in the cool night air beneath the stars and moon.

After having completed a grueling second quarter of nursing school, I was exhausted; luckily, we had the entire summer off. While some of my peers took solace by going for cocktails at the local bar, shopping at the mall, or the spa for pedicures and manicures (I’ve worked hard for my calluses, thank you very much!), I could think of nothing more than heading to the hills for adventure and much-needed recuperation from the cleansing power of Mother Nature.

As a young girl, I was fortunate to have experienced canoeing on Clearwater Lake in Wells Gray Provincial Park and since then I’ve always wanted to go back. After extensive research for a summer, we decided on the Bowron Lakes Canoe Circuit. Nestled among the snow-capped Caribou Mountains in beautiful British Columbia lie nine major lakes, all connected by waterways or trails in a 116 km perfect circle. The combination of the beauty of the area and this geographical fluke of nature is why this circuit has been named as one of the top ten best canoe trips in the world.

What makes the lake circuit interesting is that the environment changes. The east and south sides of the lake are known for having a higher bear population, better fishing for trout, clear water, more rain, and unfortunately, more mosquitoes. The trees and other vegetation are densely-packed, lush and green.

For the entire first four nights, as we headed east on Kibbee and Indianpoint Lakes and then to the south on Isaac Lake, we experienced the rain; it poured and then poured some more. We were forewarned to be prepared for this, but being from the PNW we had no idea how much it could rain until we awoke one morning with extra cushioning from our new waterbed. Luckily for us, the rain subsided during daytime hours and we were rewarded with beautiful rainbows. In fact, I’ve never seen so many rainbows on a trip before.

After completing the ultimate one-day canoeing slog of Isaac Lake (38 km), we arrived at “The Chute” on Isaac River, excited for some white-water action. Running the chute wasn’t a problem for us; if anything, “Rollercoaster” (the few rapids immediately afterwards) were much more exhilarating. With that said, never overestimate your abilities! Remember you are in a canoe and not a hard-shell kayak. I say this as I recall that the floor of that riverbed was littered with pieces of red and yellow fiberglass, remnants of a canoe lost. Scout it and if you feel uncomfortable there is a portage available river left.

As we circled back west, through McLeary, Lanezi and Sandy Lakes, the water became more silt-laden from the Caribou Glacier. Make sure that you’ve filtered water before you reach this point. The shores became sandier and were lined with swamps and marshes, which makes moose-sightings an almost everyday occurrence. Calving season is early summer and we were able to see mamas with their babies. Also heading further west, you’ll also most likely start to soak up more sun and less mosquitoes.

While electric-powered boats are not allowed, there are much easier modes of navigating the lake circuit. Sea kayaks, for example, have proven to be less problematic on the portages and much faster than the canoe. However, in this trip, I didn’t want to motor through my surroundings; I needed to slow down and appreciate that not everything in life should be completed in race mode. So often we get caught up in this fast-paced lifestyle that we don’t appreciate the small things. At the beginning of the trip, I was shocked at how short of a distance we travelled for such a long period of time; we literally would canoe all day long and get nowhere. But after a few hours, I accepted this and just appreciated the sound of my paddle going into the water and my body would settle into a steady rhythm. My mind drifted from my actions and focused on the surroundings.