The Case For Bringing Back Ski Ballet 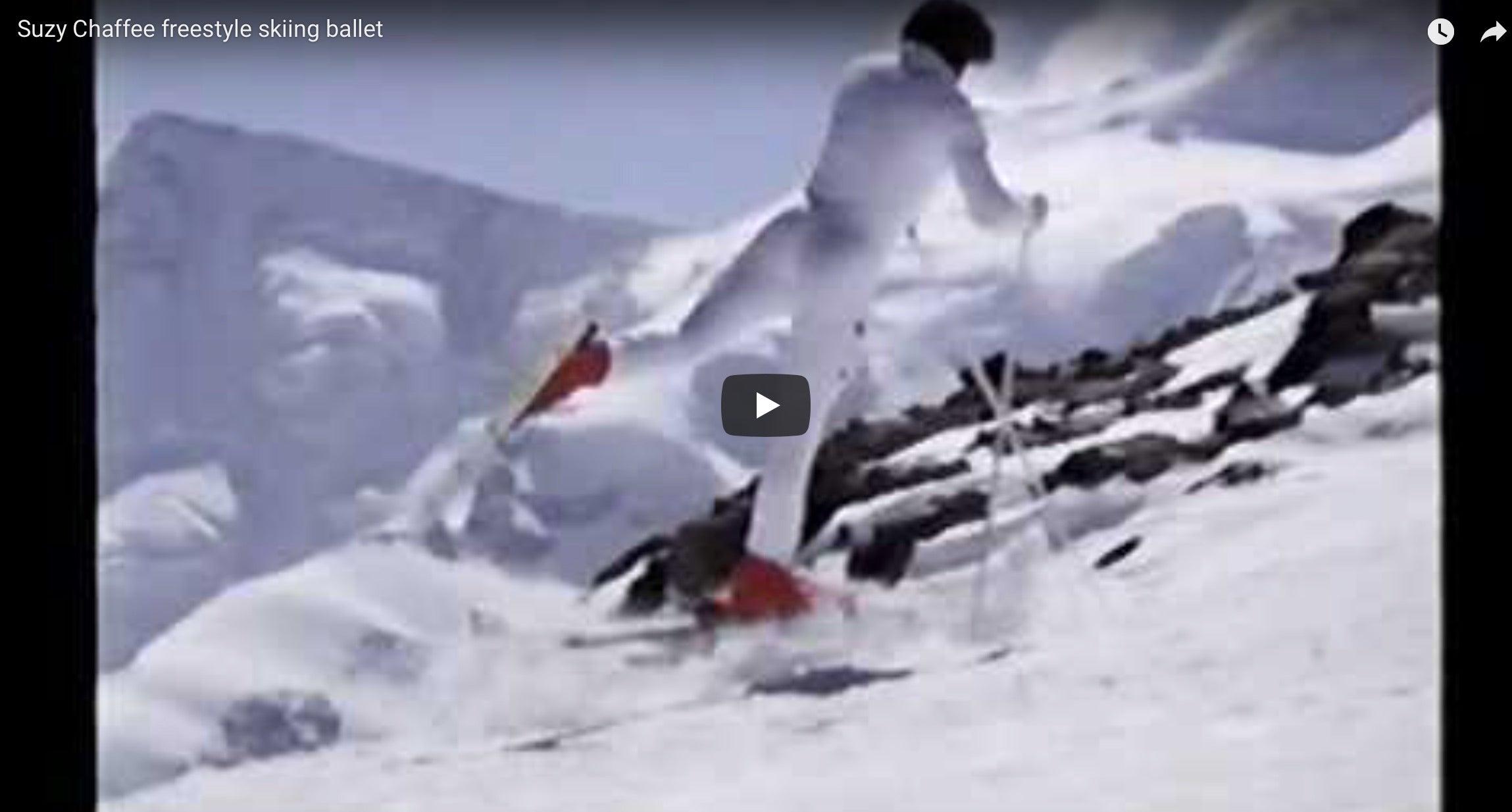 I definitely didn’t have the right outfit. My Gore-Tex jacket was warm, but completely void of glitter. And my skis were shaped and heavy—built for carving, not like the short, skinny skis favored by the pros. I was woefully unprepared for ski ballet.

But I pointed the tips of my skis down a barely inclined cat track, and started to move forward at a glacially slow pace. I took a deep breath, drew from my well of courage—usually reserved for ultra-steep black diamonds—and went for it. I swung my right ski up and over my left ski, legs crossed like I really had to pee, and channeling my best Sugar Plum Fairy, I attempted to swivel backward into an elegant arabesque. But as slow as I was traveling, it somehow felt too fast. My left ski caught an edge, and instead of pulling a graceful move, I slammed face-first into the snow. I’d basically fallen while standing still.

Ski ballet had foiled me again. Despite the fact that I had 25 years of dancing ballet under my belt. Throughout high school and even into college I did the whole deal: pointe shoes and pas de deux, tutus and tiaras. And my parents plopped me on skis as soon as I was able to walk. I wanted to try ski ballet mainly because I thought I would be good at it.

I can’t remember when I first grew interested in the sport. Maybe it was watching a YouTube video of ski ballet extraordinaire Hermann Reitberger in a competition—his 80’s hair free and flowing and his black, shiny jacket dotted with sparkles. Maybe it was the ski cult classic Hot Dog… The Movie, which, besides the misogyny, featured a surprisingly impressive ski ballet compilation.

Part of the zeal around ski ballet might be due to the meteoric fame of Suzy Chaffee, a former ski racer who became the poster gal for ChapStick (and often referred to herself as Suzy ChapStick). Chaffee’s commercials featured ski ballet galore, sometimes with partner work, always with style. Chaffee even took the sport off-piste in surreal videos set against snow-drenched mountains and sappy music—all while wearing leather fringe.

Whether the fluffy sleeves, bedazzlement or tight pants is just a general hallmark of 80s flair or a general requirement of ski ballet is still undecided—but one thing is for certain: the moves are really, really tough to master. 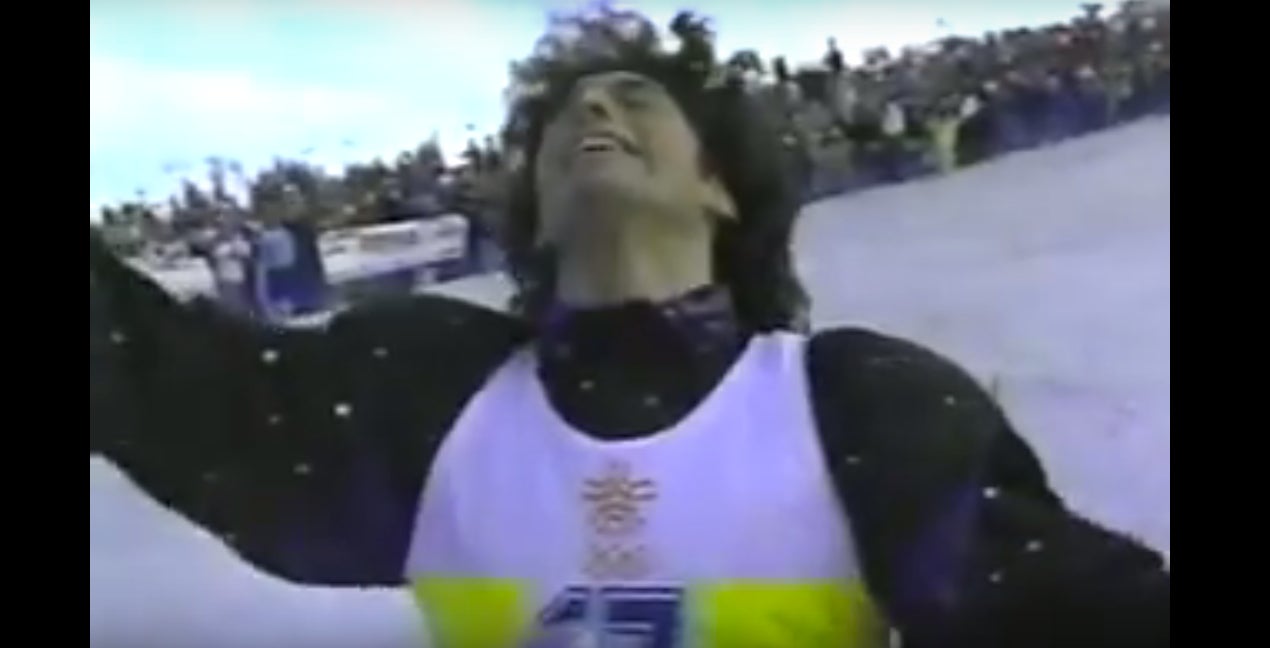 A demonstration sport in the 1988 and 1992 Olympic winter games, it had its chance. If ski ballet proved its popularity and safety, the International Olympic Committee would approve it for future games. The sport was foreign to a lot of viewers, but highly anticipated. “Skiers do 360-degree turns, flips and twists, but include grace and fluidity as they ski a choreographed dance to music… Music and decorations on costumes add an entertainment value to the performance, but are not part of the judges' tallies,” read a 1988 New York Times article presenting ski ballet to a new audience.

But since then, ski ballet has since plummeted in popularity. It was initially baked into the freestyle section of ski sports, which also included aerials and moguls—a sport that waned once skiers decided that knee cartilage was a thing worth preserving.

Modern skiers are totally fine, dude, that ski ballet didn’t make the cut for the Olympics. Why spend time learning to flip over your poles when there’s powder to filet or jumps to do switch? Why should you even care about ski ballet, a dead sport that resides only in the cyber world, of YouTube, of click-bait Buzzfeed listicles where couch-bound folks snicker at the dedicated athletes.

But bros and brahs, boomers and millennials, ‘lil rippers and teeny boppers, you should care because ski ballet is darn impressive—and more importantly, it’s darn fun. Go ahead, stick to the No Friends On Powder Day rule. I get that. But when did skiing get so serious? Learning ski ballet tricks is just like huckin’ jumps with your friends, rocking jorts on spring days, pond skimming in freezing cold weather and—like my personal goal—to bomb down a groomer in a full-blown bikini.

You don’t need a fancy outfit to rock ski ballet—although no judgment if you want to wear a bedazzled unitard underneath your ski pants and jacket. Including swivels, arabesques and crossovers into your ski repertoire will make you a more agile skier and will pay homage to a short-lived sport that highlighted skiing’s athleticism, art and elation. Plus, you’ll make your friends laugh when you face-plant on the cat track.