The Climber's Guide To Humblebragging 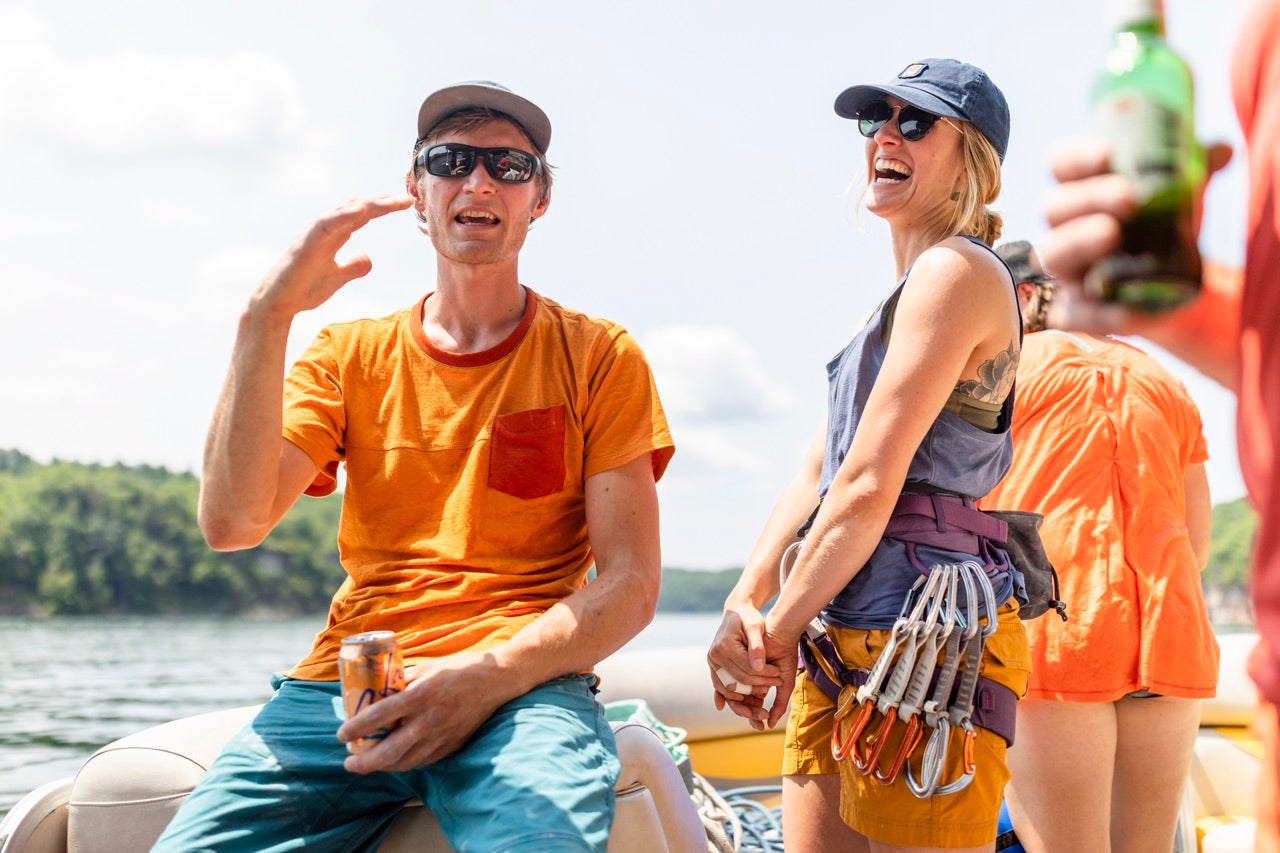 In the lead up to his record-breaking speed ascent of The Nose last year, Tommy Caldwell posted a photo on Instagram with the following caption:

“Alex and I have been lapping The Nose the last few mornings. I think I was never really into speed climbing in the past because I didn’t realize how fun it is. It sure is amazing to see the ease with which Alex handles the big stone. Just hope my fitness can catch up enough. Photo credit: @samuelcrossley 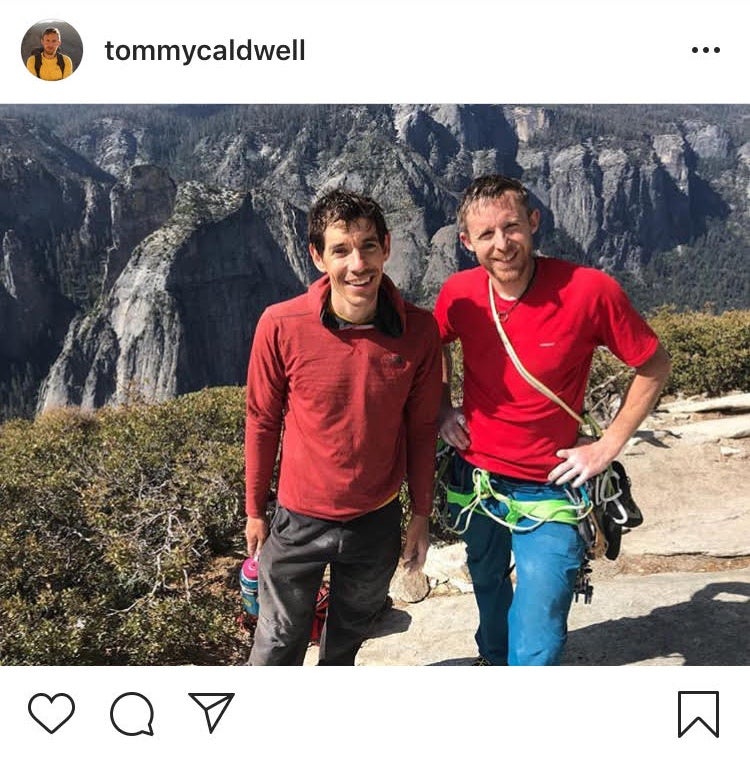 Do you see what he did there? That’s some elite level humblebragging. It’s one thing if I give some kudos to my buddy Jeff for taking that 5.9+ pitch I was a bit worried about. It’s another thing entirely if you believe yourself to be slightly less fit than THE ONLY MAN TO FREE SOLO EL CAPITAN IN THE HISTORY OF THE KNOWN UNIVERSE. And yet it works—for two reasons: First, Tommy Caldwell is truly humble. Second, Tommy Caldwell truly has a lot to brag about. Although precious few of us will come within shouting distance of such epic bragging rights, the humblebrag is a crucial way of alerting folks to how much of a badass you are without looking like a total dick.

Want to master the art of the humblebrag? The most effective humblebrag is a symbiotic relationship between the two opposing concepts of humility and conceit. Balance between the two is key. A good humblebrag employs self-deprecating comments or seemingly innocuous statements to conceal subtle but powerful revelations of one’s climbing prowess. If in doubt, one should err on the side of humble rather than that of brag. You can humblebrag anywhere – on Facebook, on Instagram, on Mountain Project or sitting around the fire for the genuine analogue experience. For more detailed humblebrag tactics, let’s take a look at a few popular styles.

The Partner Shoutout
We’ll start with the stellar example from the beginning of this article. Giving some props to your climbing partner after an epic ascent implies two things: 1) You’re not a pathological narcissist, and 2) Someone was on the other end of the rope for that epic ascent. Conveniently, that someone happened to be you.

The Plan B
So you’ve made a big ascent, but you want to soften the boast factor? Easy. Call it your Plan B, and say that you’re stoked on it even though your original objective “didn’t go.” This works particularly well if your intended route wasn’t in condition, or you weren’t properly acclimatized, or you had a few too many white wine spritzers the night before. But really, you don’t even need to have had an original objective—just make one up. For best results, pick one that’s absolutely mental in comparison to what you actually did, and you’ll be humblebragging with the best of them.

What it says:
“Unfortunately, our speed ascent of Mt. Foraker’s Infinite Spur was shut down by dangerous snow conditions. But a quick lap up the West Ridge of Mt Hunter made a great consolation prize!”
What it really says:
“We swapped an elite alpine test piece for another which was marginally less difficult and absolutely smashed it.”

The “At the Grade”
This is a classic humblebrag from way back. When heaping praise on the quality of a route, this ostensibly unassuming phrase functions as an asterisk, and attached to that asterisk is the following fine print: Whilst enjoyable, please note that this route is significantly easier than my current onsight ability.

What it says:
“Godzilla, what a great route! Excellent climbing at the grade.”
What it really says:
“Fantastic movement, however this route is only 5.9 and I can hike that shit.”

The Intimate Detail
It’s far too pedestrian to simply state the routes you’ve climbed, the crags you’ve visited, or the climbing towns you’ve frequented. Instead, drop subtle hints that only an equally experienced acolyte could decipher. Weirdly specific beta descriptions are a popular choice. (Did you find that two-finger gaston next to the jug that looks like Jimmy Carter?) Another good one is a reference to a niche shop or restaurant. (I could really go for a burger and shake from Milt’s right about now.)

BONUS ROUND: A well-travelled climbing bum will never use the official title of a place, preferring instead the cool local nickname. You therefore have not been to Indian Creek, Yosemite Valley, Joshua Tree or Red River Gorge, you’ve been to The Creek, The Valley, J-Tree and The Red.

What it says:
“I’m pretty sure the best ice cream on the planet comes from Domo Blanco after a few days in the mountains.”
What it really says:
“I’ve spent a shitload of money on ice cream after spending a shitload of time climbing in the Chalten Massif.”

The Consolation
This technique begins to lean toward the brag side of the equation, and therefore should be considered a risky maneuver. Essentially, it’s a backhanded compliment, using the failure of others to accentuate your success. Use with caution.

What it says: “Yeah, it’s a tough little number, dude. Don’t be discouraged. I almost blew the onsight myself!”
What it really says: “You fell off this, but I didn’t.”

The Out of Shape
If you’ve suffered an injury or taken an otherwise unplanned break from climbing, you won’t be pulling as hard as you’re accustomed to. That said, hard is a relative term, so don’t forget to use that “off the couch” handicap to your advantage.

What it says:
“Man, I am so out of shape! 5.13b has never felt so hard!”
What it really says:
“Your projects are my warm-ups, even when my left tibia has been shattered and my A2 pulleys are held together with athletic tape and prayer.”