The Confidence Gap, A Year Later 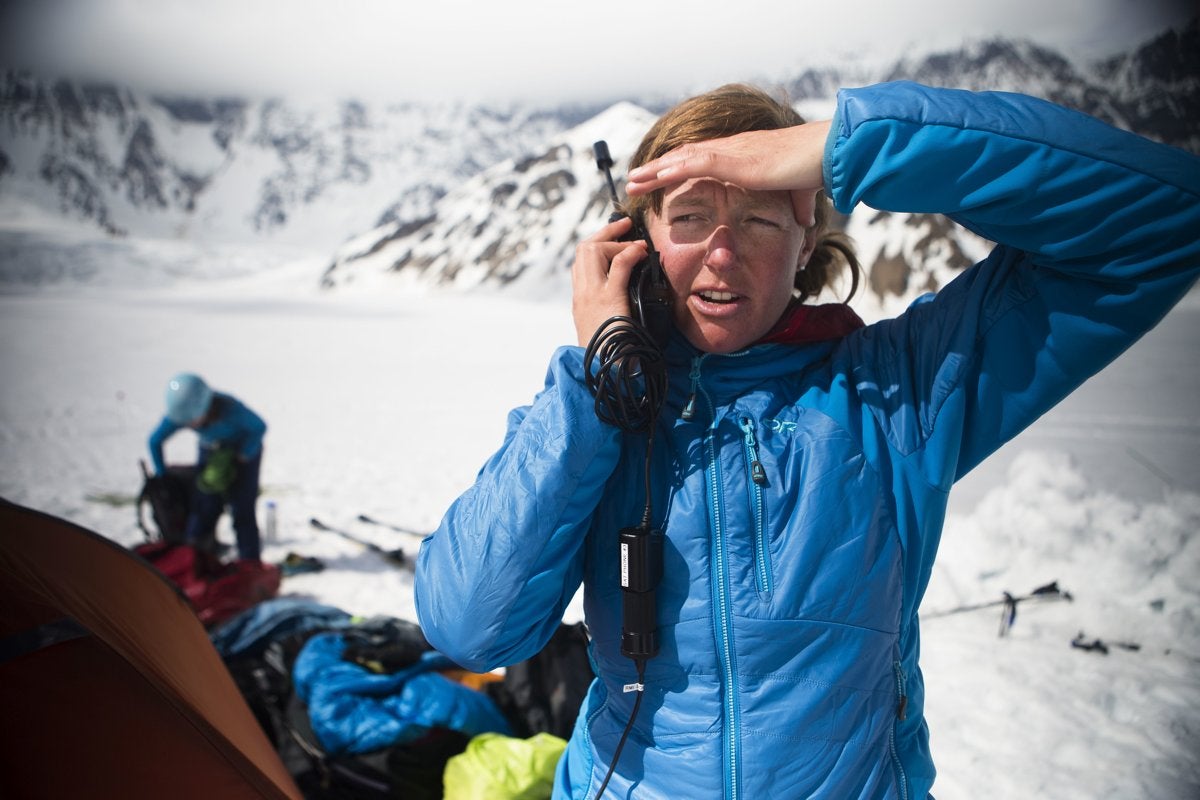 Talk is cheap. In the mountains, it doesn’t mean much if you can’t back it up. That’s why we wanted to circle back with Sheldon Kerr. Last summer, she exposed something many women in the outdoors have experienced but few have ever verbalized: The same confidence gap that researchers have observed in women in the corporate world exists in the mountains. We’re often less likely to go for it or step out and take risks than our male counterparts, even when we're more than qualified and prepared. She challenged women of all walks to move more confidently, and her words resonated deeply—and were shared all over the Web. If you missed it, check out her interview here. A year later, we wanted to find out what she’s been doing to close her own confidence gap and what she’s learned in the process.

Sheldon has been busy making the jump to pro athlete, working her way through the AMGA certification process (as one of very few women to do so) and spearheading an attempt at a first female descent of University Peak’s south face in Alaska’s remote Wrangell-St. Elias National Park. Closing her own confidence gap hasn’t necessarily been easy, but she’s putting one foot in front of the other, figuring out how to press into her own biggest potential. Here are a few things she’s learned along the way.

It’s a long, hard road and requires daily effort. No, you’re not going to just wake up tomorrow and magically feel more confident that you can send your project or get the job you’re applying for. “Think of confidence as a practice, like yoga or forgiveness or taking the stairs,” she says. “Some days it is hard, and some days it is easy and that’s OK, but you still have to do it.” And just because you’re working hard to combat your own self-doubt doesn’t mean you’ll always have success. The real challenge comes the day after you don’t make the summit you shot for. Will you wake up and keep going?

Take time to lean out—and remember why you’re doing what you’re doing. “Adrenal fatigue, stress exhaustion and physical weariness are real,” Sheldon says. There’s a fine line between pushing yourself to do your best and breaking yourself. A couple years back, Sheldon found herself completely frustrated and exhausted by throwing herself into pushing her climbing grades. By taking a step back and climbing things that she felt confident on, she recovered her own sense of composure and joy in climbing. “It rebuilds my sense of self, and reforms my foundation of being a competent human,” she says. “If I’m always just pushing, I can feel foundationless. If I spend some time doing stuff that I’m good at, it helps rebuild what I stand on.”

Stop the comparisons. In a world where it seems every summit, every descent, every workout is carefully promoted on social media, it’s super easy to get caught in a game of comparisons. Why can’t I do that? Am I climbing hard enough? Sometimes it can be a distraction from our own personal goals and progress. “Depending on your headspace, it can be either inspiring or rough, so when it’s rough, I have to turn that feed off,” Sheldon says. Don’t be afraid to tune out from others and tune into your own goals and desires.

Surround yourself with people who are psyched on you—not just your potential. Sheldon has been seeking out climbing partners who are good for her heart and personal progress—not just for pushing grades. “I've been climbing a lot this summer with Dawn Glanc who is so, so good for my soul,” she says. “She climbs 5.12 but is basically psyched on me for my ability to tie in, give a rad belay and remember the fizzy water.” We all progress at different rates and have different goals, and our progress won’t be sustainable in the long term unless we have support for ourselves as women, not just as athletes.