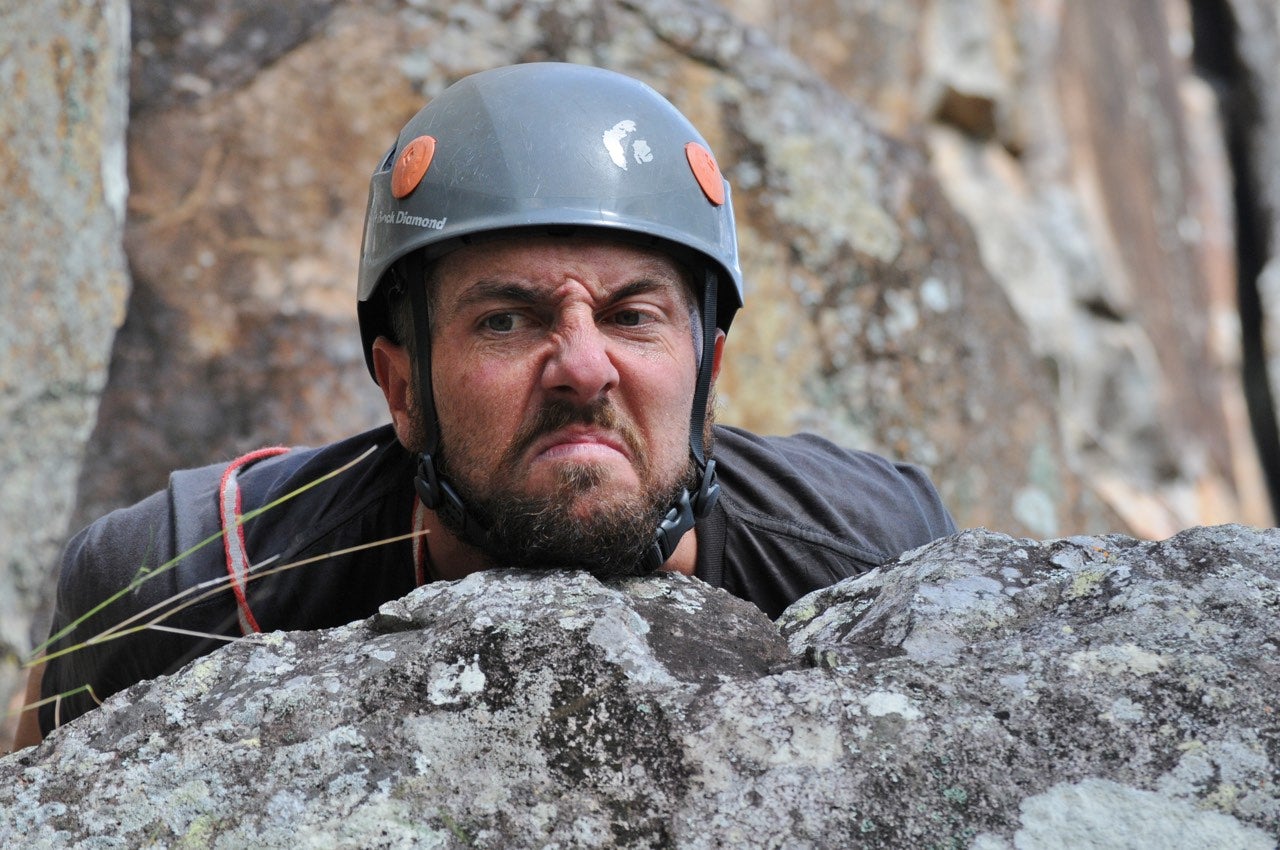 Some time ago, I participated in a climbing trivia competition at a local bouldering festival. Given my penchant for climbing history, I was absolutely killing it—until presented with the following pictorial question:

What is the following move called? (Image by Krista DeMolitor.) 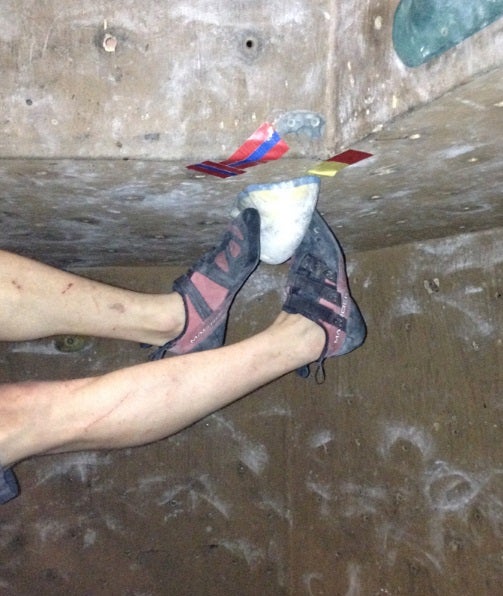 I was deeply flummoxed by this image. Not only had I never replicated such a graceful maneuver—I’d never seen it, I’d never heard of it and I’d never come across it in any climbing literature. My forte, you see, is grovelling. If climbing is dancing over rock, my movements are less akin to Swan Lake than to the bizarre gyrations of Midnight Oil’s Peter Garrett. If it’s ugly, painful, strenuous or a combination thereof, it’s definitely in my wheelhouse.

RELATED: What My Parents Think I Climb

And since I'm betting I'm not alone in feeling this way, I rounded up this compendium of climbing’s least sexy moves. I'm not even talking about butterfly hands or other rad offwidth stacks—I'd say those are sexy moves for an arguably unsexy style of climbing. Nope, I'm talking about the genuinely repugnant stuff. These are the type of moves which not only look bad, they feel bad, too. If you know, you know. 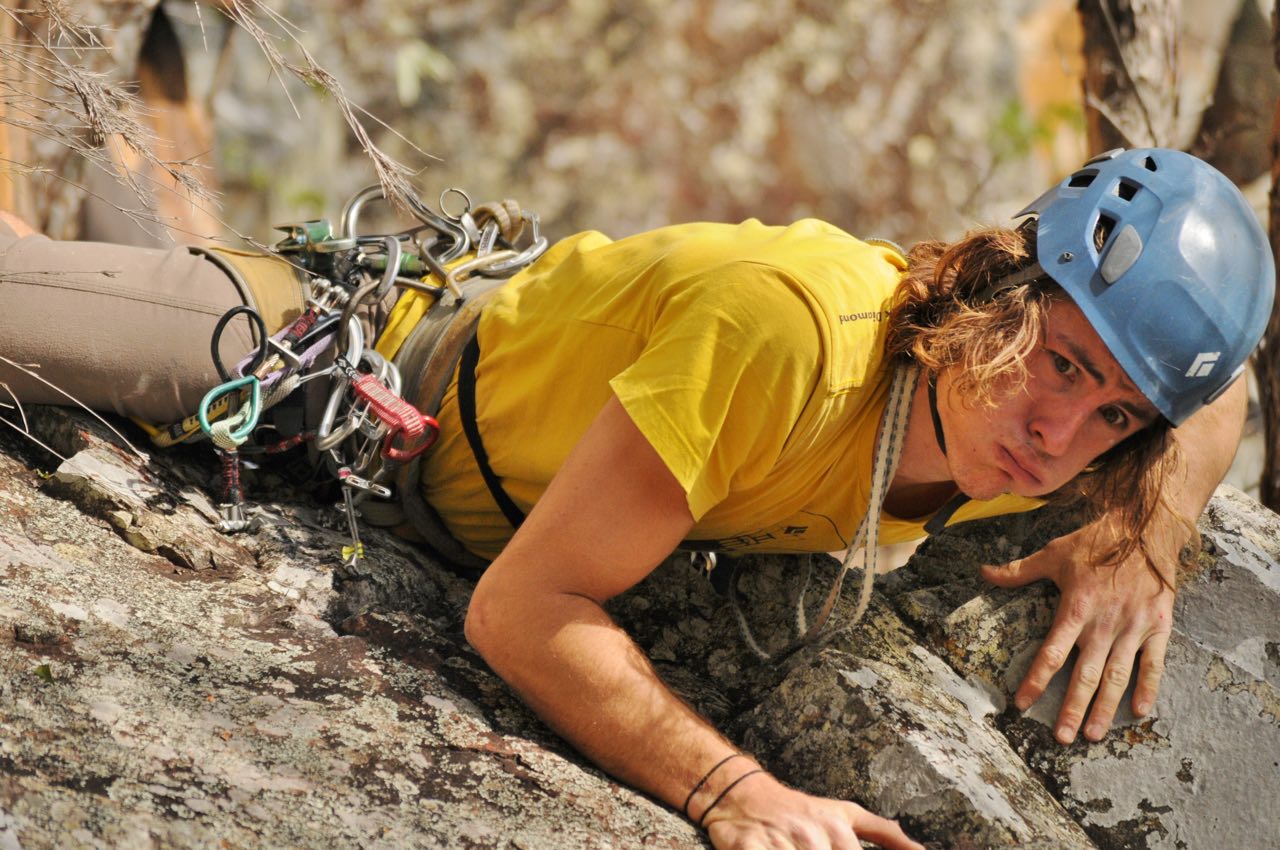 Can’t mantle? No problem! This classic maneuver should get you over that awkward ledge with minor muscular effort, minimal technical ability and absolutely zero style. For best results, be sure to cultivate a healthy paunch or “mantle machine” as they’re often known, before attempting this.

RELATED: Take A Number—When the crag seems ridiculously crowded, it's best to ... have a sense of humor.

In steep terrain, the knee bar gets a lot of press for providing a photogenic hands-free rest. In slab and vertical climbing, The Chin can be just as powerful, though arguably less photogenic. Prolific users can be identified by a heavily calloused jaw, enlarged neck musculature and noticeable venous distension around the temples. See this story's header image for a prime example. 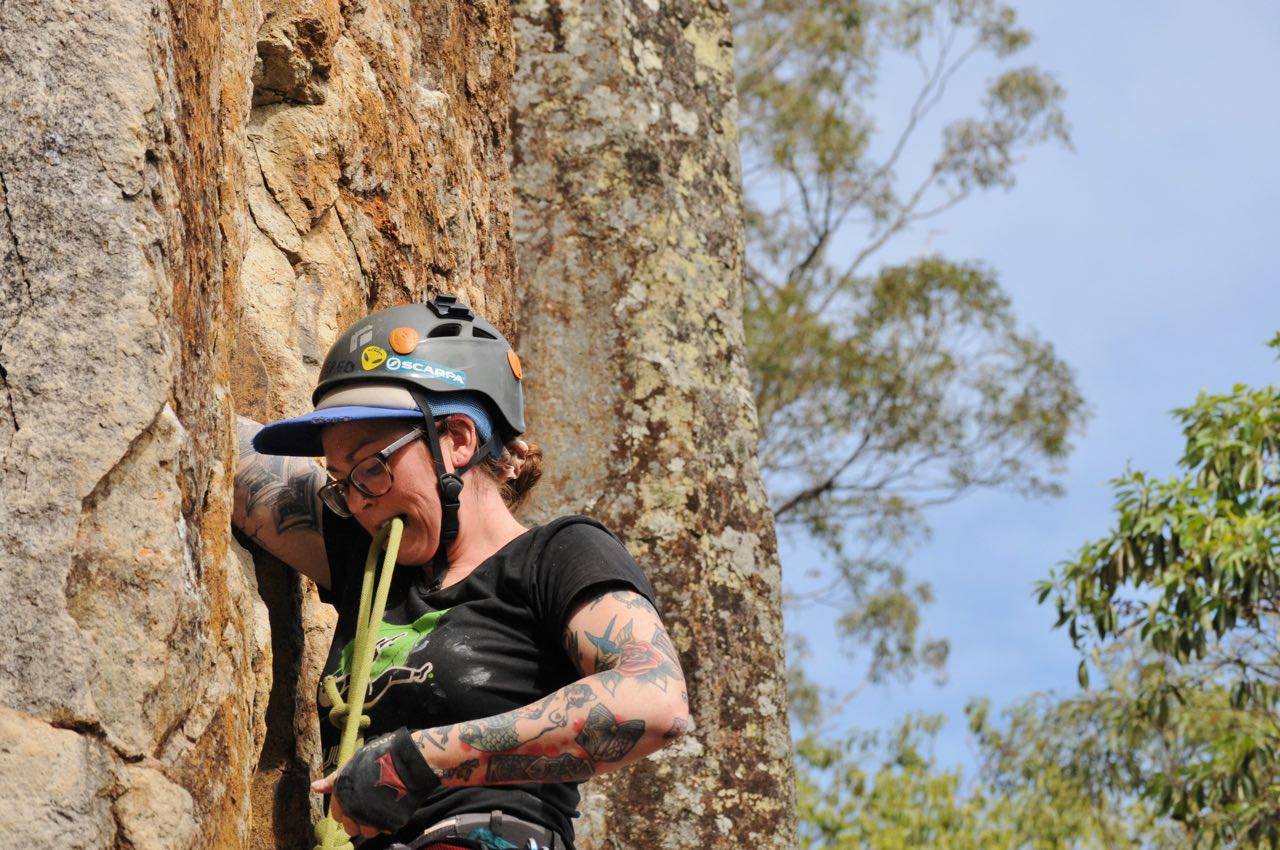 Do you know what’s less hygienic than a climber’s rope? It’s a trick question: No such thing exists. Rope-To-Mouth has been known to cause mild halitosis, severe gingivitis, gangrene of the tongue and occasionally results in a need for dental prosthesis. Or, at least the last one of the four. (See: https://stephdavis.co/blog/what-to-do-when-your-teeth-get-knocked-out-because-you-fell-clipping-with-the-rope-in-your-mouth/.)

Pejoratively referred to as the “dirty knee,” this move is frowned upon by many in the sport as being somewhat less than pure. But screw them—it’s really useful! Executing a mad heelhook while you take your shirt off and throw it to your adoring belayer might work well at the local sport crag, but when the going gets tough, the tough use their knees. Variants include the Sideways Alpine Knee (SAK) for added calf friction, and the Double Alpine Knee (DAK) for when you’re really on the strugglebus. 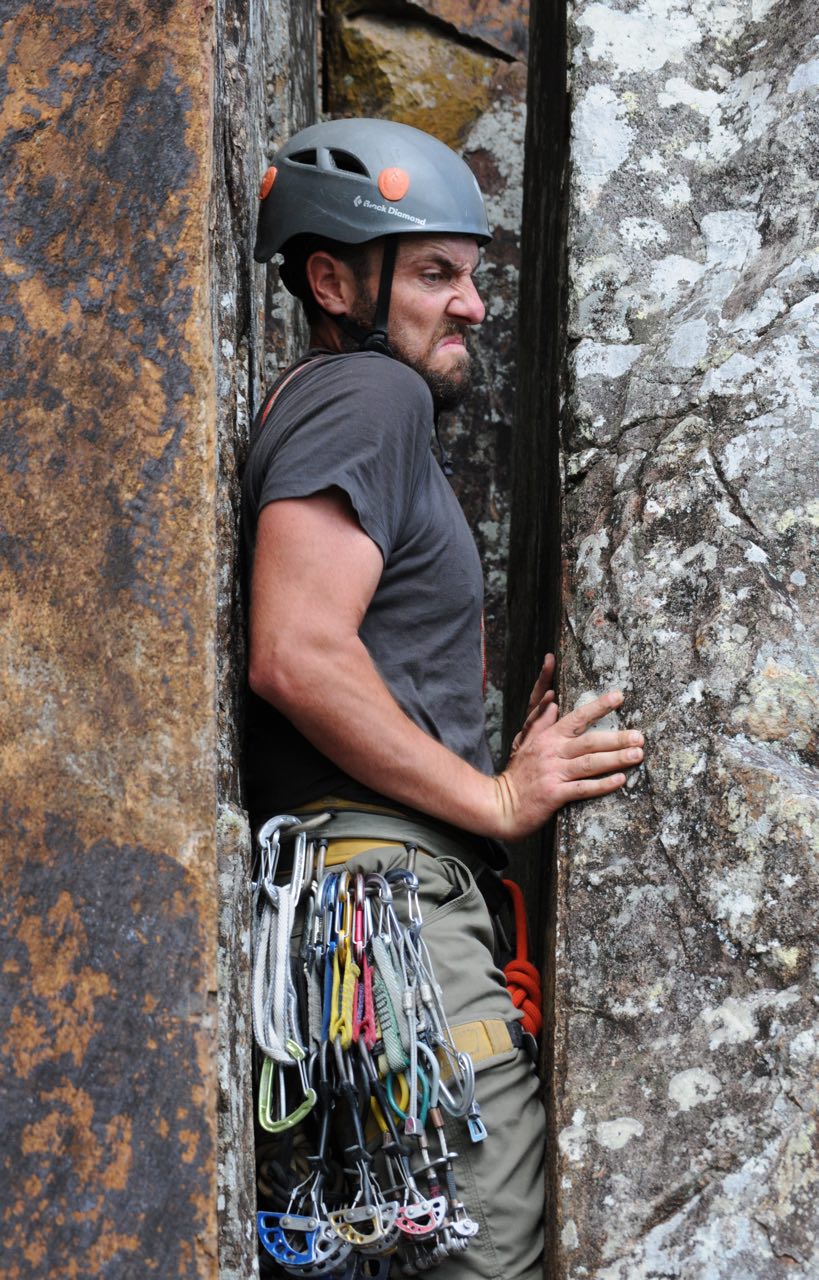 Taken from Spanish, Gusando roughly translates to “worming.” This is the one and only method for climbing desperate V-grooves and oppresively tight body cracks. Ever popular, there is almost always a line for these types of climbs at any given trad crag across the nation. The joyous cry of “Gusando!” can often be heard echoing across the cliffs as the ecstatic occupants inch their way upward in the cavernous depths.

There are few moves as secure as a good Knee Lock. In fact, the Knee Lock is so secure that it can prove impossible to reverse! If wedged in an appropriate constriction, the limb will hold fast for a lengthy period of time. This period almost always exceeds the user’s ability to maintain bowel control (see: https://vimeo.com/13831211) and could quite possibly end with amputation. Use sparingly. 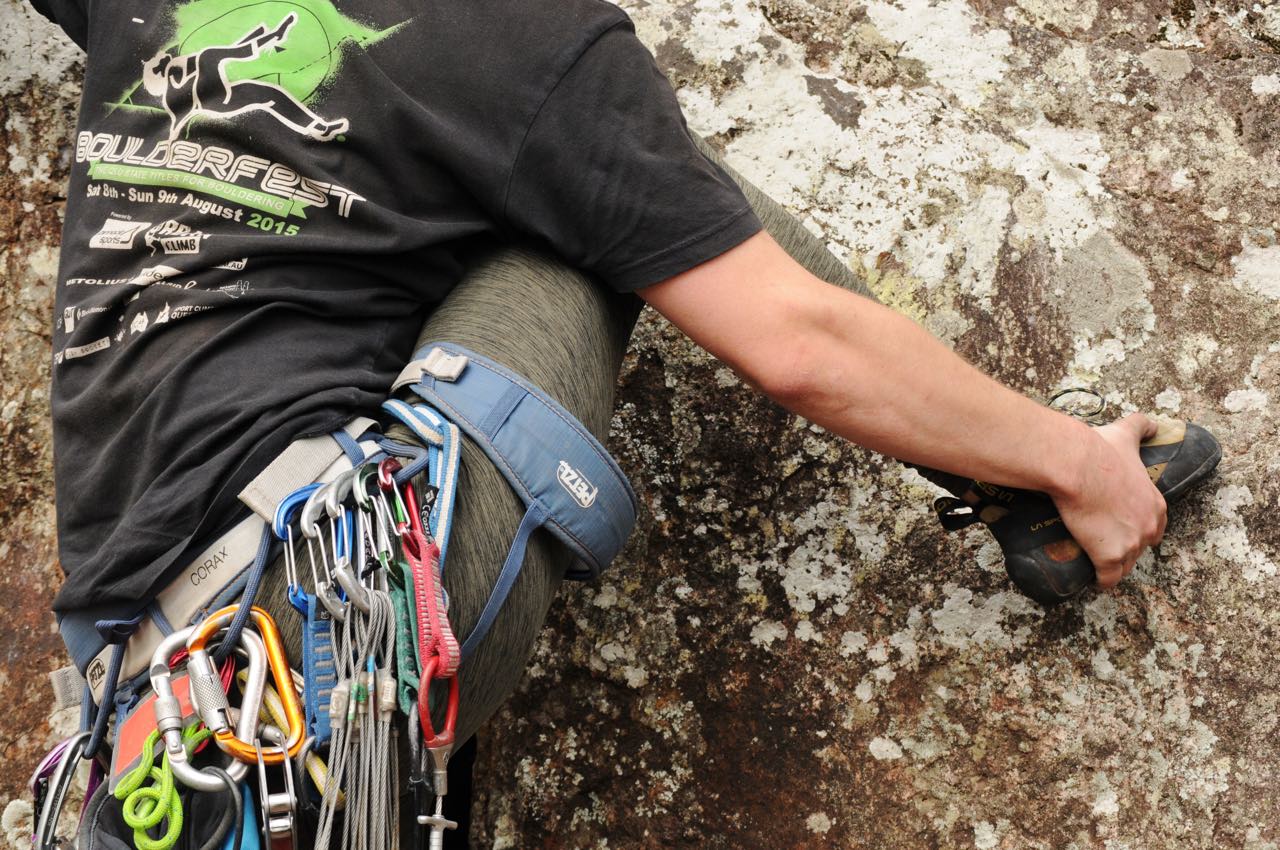 If you’re as flexible as I am—read: not at all—you’ll find many highsteps to be a bridge too far. That is, of course, unless you employ the Good Samaritan! Give that wretched, contemptable foot of yours a helping hand by literally grabbing it and lifting it into place. It’s awkward, it’s ugly, and it generally puts you off balance. But then again, you probably won’t be getting much higher without it, so don’t look a gift horse in the mouth. 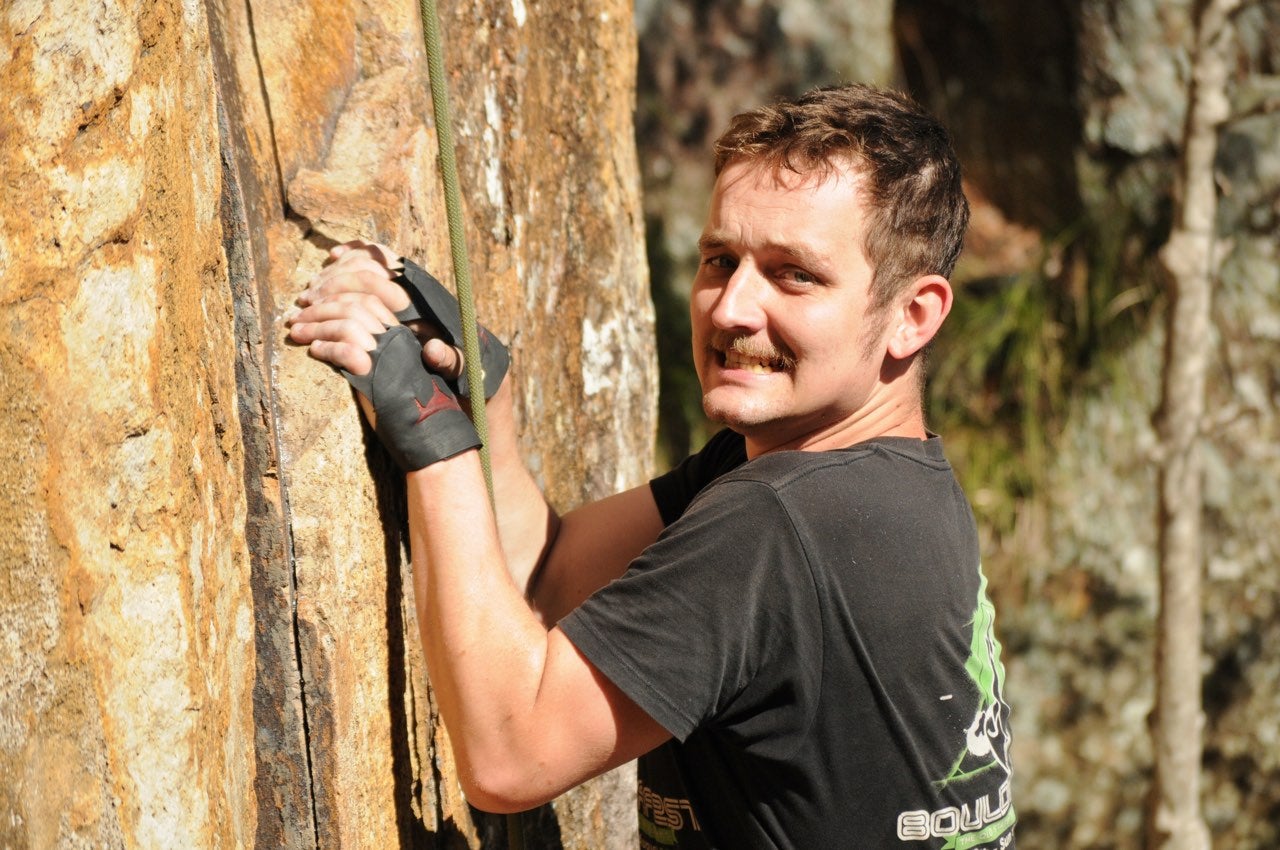 Sometimes, sports need to be redefined in order to keep them interesting. Ice climbers banished the use of heel spurs when it became apparent that they offered an unfair advantage, and some even shun the Figure 4 move as being overly mechanical. In that spirit, it’s time we abandoned the time-honoured technique of straight arms in favour of The Velociraptor. This cramped, ungainly method delivers a savage flashpump by consistently engaging your shoulders, biceps and forearms. Sure, you could bear your weight through the skeleton like everyone else, but you’re only cheating yourself, right?

When all else fails, nothing works better than a good old cry. If it all gets to be a bit too much, pop your head in your hands, have a decent blubber, and see if you don’t feel a million times better afterward!