The Hardest Thing To Think About: Losing Friends In The Mountains 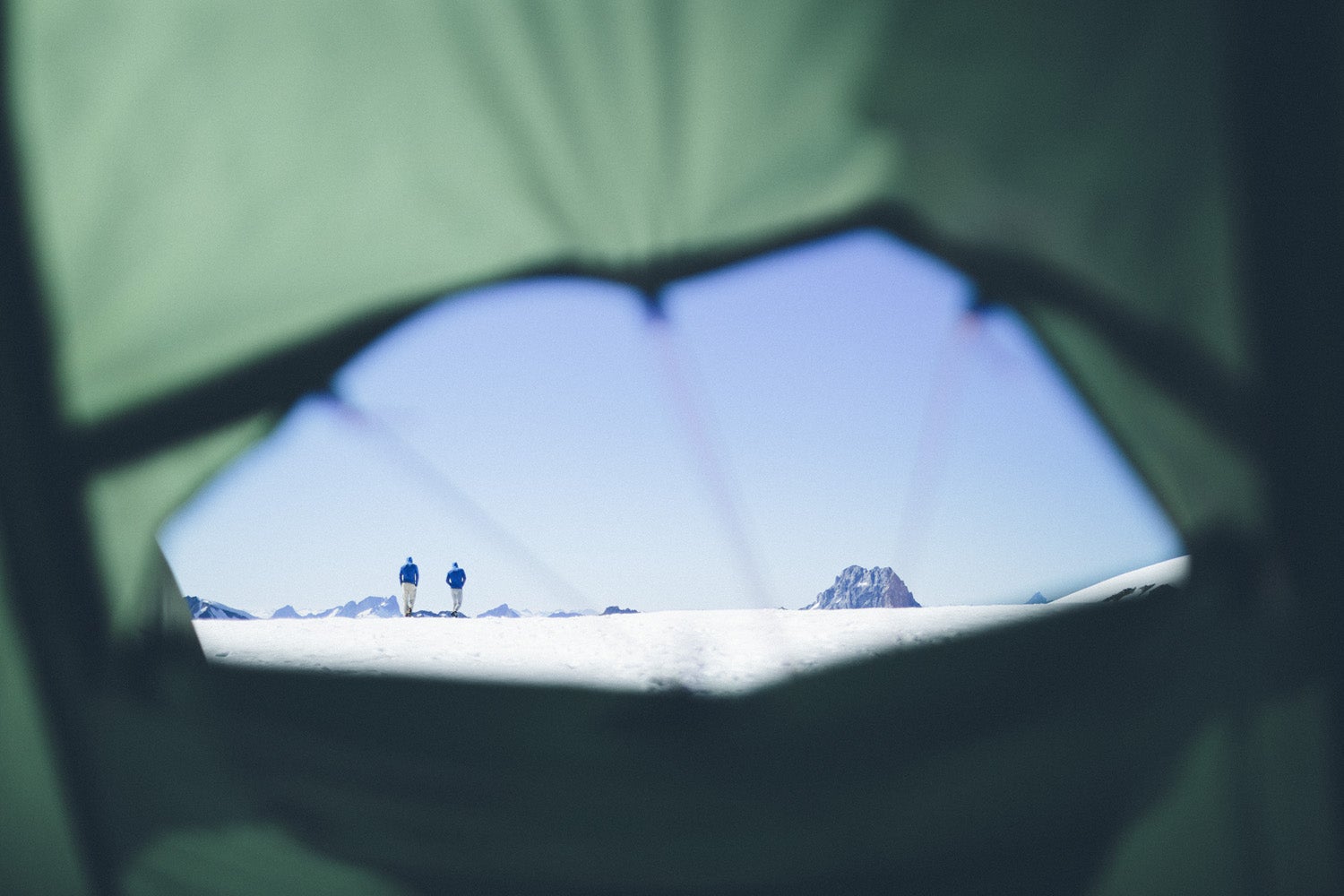 It’s been a hard year for me, on the death front. In this year alone, I’ve lost five people whom I knew or was close to in the climbing community. The closest of whom was a good friend, Cory Hall. He died soloing a huge mountain in Peru. When I read about Cory’s death on Facebook earlier this summer, I did a quick flashback to the last conversation I’d had with him. We were climbing together in Indian Creek last November. It started snowing, and I was due back East to spend thanksgiving with family. I think Cory was on his way to do the same. I wasn’t sure what to think of Cory at first, but by then he’d grown on me. I was starting to really like this kid, even beginning to feel fraternal. Cory had been tearing it up all year with an impressive string of mind-numbing ascents—mostly solo. He was good, he was real good. And he was fearless, as far as anyone could tell. I never took to big objective climbs quite like Cory did, but I’d had my bouts with soloing. I can list off maybe seven or eight near misses, probably more if I stop and think about it. But I’d been through that. Was on the other side now.

Cory was bold, but calculating.  He was incredibly good at what he did, and I don't believe he was innately risky, he simply chose very challenging objectives, and tackled them with a small margin for error.  It made me nervous - it made me want to tell him something.  I wanted to pass down a little bit of my 29-year-old wisdom that I had so painstakingly–and so luckily–acquired. The last thing I can recall saying to Cory in person was, “Turn it down a notch, Cory. Take it down to where you think you’re being safe enough, and then take it down another notch from there.” He told me he would. Maybe he did. I don’t know. We never will.

Last fall, Cory and I climbed the Nose together. It was both of our first times on the Captain. We barely pulled off the NIAD, but the long list of snafus that characterized the day lives on now comically in memory. Sitting around with other friends who knew him, Cory keeps coming up in conversation. I tell anecdotes about that day as if he were still here, as if he’ll be coming back to camp soon and we can all laugh it up with him like we use to. It’s easy enough to do. I don’t typically think about Cory anymore, either choosing to ignore the sad spot he’s left, or doing so unintentionally. More and more, I realize that Cory’s death is like a scratch on my glasses. Most of the time I can just look past it at the rest of the world in front of me. But if I focus in on it, it’s all I can see. You can’t go through life that way, so I don’t. But that scratch is more or less permanent, and I always know it’s there.

I don’t think you can truly know what it’s like to lose a loved one prematurely and without warning until it happens to you. To complicate matters, there are levels of closeness. Cory and I were friends, but we weren’t best friends. I know people whom I can’t even think about losing out there—who want to go places to climb where skilled climbers die in each and every year, climbers sometimes more skilled and knowledgable than themselves. Certain climbing areas in this world more and more take on the visage of the grim reaper in my mind, and I can’t quite look past that.

Just a few days ago, on Saturday, I watched the last signs of life fade away from someone I know. She was not a best friend, but a good friend of a couple good friends. Her name was Heidi, a Chilean citizen living in New York. She was an accomplished climber, spending a beautiful saturday out at the Gunks. A year ago, she and I had talked about Cochamo, Chile, one of my favorite places to climb. She had been there, and climbed some of my routes and climbed with my good friend JB Haab. We had hoped to see one another down there this year. Saturday night, I was going to be giving a slideshow about my time in Cochamo at Rock and Snow in New Paltz. I think it is likely that she would have been planning to attend.

The way Heidi died is hard to swallow. She was about 30 feet off the ground on what was apparently an easy route for her, and does not appear to have placed any pro. Her foot slipped on the notoriously slippery Gunks quartzite, and she decked. I didn’t see the fall, but apparently she broke her neck and lost consciousness upon impact. When her partner came over to her, her neck was angulated at nearly 90 degrees. 30 feet. And yes, she was wearing a helmet.

Heidi had been wearing a helmet, climbing a route well within her abilities, and took a fall any of us could have taken. Sometimes a 30 footer finds you with scratches and bruises, sometimes it kills you. None of us should assume we can predict when it will happen, or how it will look when it does. After what I would estimate at 15 minutes of CPR, about 30 volunteers all helped to caterpillar Heidi’s litter down to the carriage road, where CPR continued. The original ranger claimed at the time there was a light pulse. They brought out an AED, but in retrospect, I can’t recall if it called for shock, or not. I do remember thinking that the rescuers hands never left Heidi, and so I didn’t think the shock had been delivered.

At the carriage road, Heidi and paramedics were loaded into a four-wheeler with a trailer and drove away. They were still performing CPR—likely twenty to thirty minutes out from the time of the fall. From there, I don’t know if a helicopter came or not. As Heidi quickly disappeared in the back of the trailer, that was the last I saw her—still not even knowing it was her. You see, a mere minutes after the fall, Heidi was so cyanotic, pale, and lifeless that neither I, nor a good friend of hers could even recognize her. We didn’t know it was someone we knew until hours after the fact.

I gave the slideshow, and at the end, said some choked-up bullshit about Heidi that I can’t really recall. A bunch of us went back to a friend’s house and drank beers and talked about other stuff. The next day was cold and gray and rainy, and I drove nearly eight hours to another slideshow venue. My mind kept returning to Heidi—it was hard to stop it.

Anything can kill you out there—a plane ride, a drive to the office, cancer, heart attack, etc. I don’t think the point is to go through life petrified of the unknown, in constant terror at the concept of one’s own demise. I don’t think the point is to quit climbing because it kills. For myself, and for others I’m close to, climbing is a big part of what makes life so wonderful.

But perhaps the point is to turn it down a notch. No matter what you’re doing, go a touch slower, be a touch more cautious. None of us is infallible. None of us is invincible. And you don’t have to fall far to fall all the way. When we’re climbing, it’s incumbent upon us to take an extra step of precaution that at the time will often seem superfluous. People who know me—who know how I climb—may scoff at words like these coming from my mouth. But I’m starting to take my own advice, one piece of bad news at a time.

The reason I’m writing all this? Perhaps learning the hard way doesn’t have to be the only way. Be safe, check your knots, and tell the people you love you love them. That’s all that I can say.