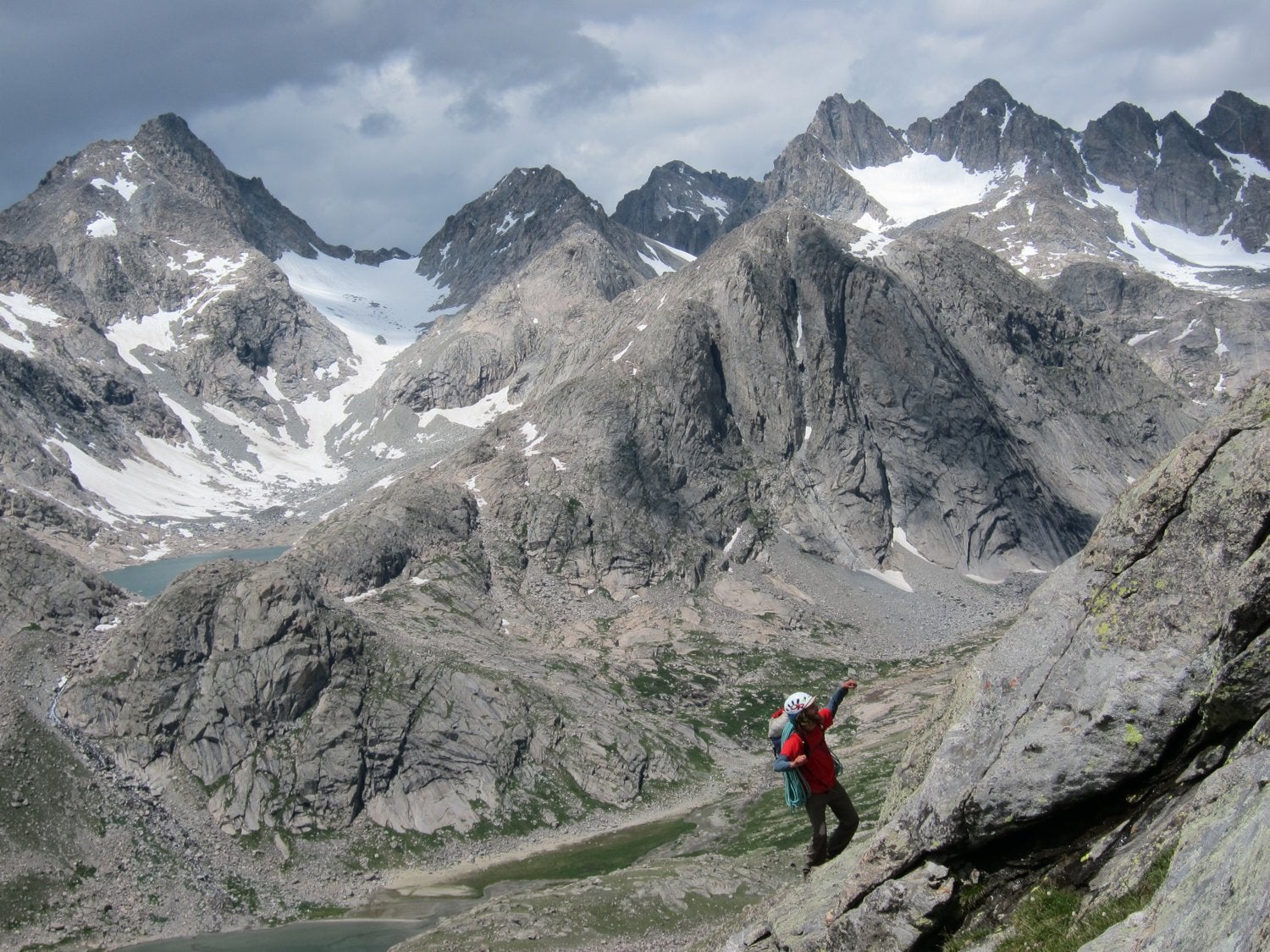 On November 11, 2013, Outdoor Research athlete Shingo Ohkawa woke up on a ledge at the base of The Egg in Little Cottonwood Canyon just east of Salt Lake City, aware that he was being rescued. He had fallen 30 feet down a slab, fracturing several vertebrae, his collarbone, a few ribs, and the temporal plate in his skull.

Shingo, semi-lucid but ever selfless, seemed to be more concerned with the rescuers’ well-being than his own, repeatedly asking if he was “being a good victim,” and if the EMTs who had responded to the accident scene were doing OK.

He had been trying to squeeze in one more route that afternoon, linking the two pitches of the 5.9+ Lowe Blow with an 80-meter rope. He’d explained to his friends at the base of the climb that once he was done, he would lower off, and although the 80-meter rope would be 30 feet short of the bottom, that 30 feet was low-angle slab, and as long as the belayer was tied in to the other end of the rope, it would be safe. He’d simultaneously downclimb that low-angle slab as the belayer climbed up it to toprope the route. It seemed like a solid plan, if maybe a little complicated.

Whatever happened, there wasn’t a knot in the other end of the rope when it zipped through his partner’s belay device. Shingo smashed into the slab, rag-dolling down 30 feet, before his friends caught him and kept him from going another 100 feet. He was unconscious for the entire thing. He was wearing a helmet.

At the hospital, he got some news that would be bad for anyone, let alone someone who fills most of his non-working hours climbing and backcountry skiing in the Wasatch Range: the temporal plate in his skull had transected his auditory nerve, and all of his inner ear bones and the fluid surrounding them had been knocked out of place. He would be deaf in his right ear, and wouldn’t be able to perceive balance on his right side.

Shingo’s life revolves around exploring the mountains: he’s a buyer at International Mountain Equipment, Salt Lake’s famous independent outdoor gear shop. He’s put up first ascents all over the canyons here, loves to spot his ski tracks from way down in the city, and is stoked to share everything he knows from behind the sales counter at IME.

But after his accident, he wasn’t sure he’d be able to do any of those things. For two weeks following his accident, his brain had started to rely on his vision for balance, and if he turned his head quickly, he'd fall over. Six weeks after the accident, when big storms hit the area, he'd get vertigo because his ears still hadn't learned to deal with subtle pressure changes.

Then his wife took him to the climbing gym, despite his mild protests.

“I thought, ‘this is useless,’ because I'm going to get about one foothold off the ground and just get the spins and fall off, because that's how basically everything had been up until that point," Shingo says. "But man, as soon as I got my hands working, right, it was another sensory input, right? So I've got, you know, basically balance through my hands. So I definitely have other ways to perceive balance.”

Visually determining his balance helped, but he worried that it might come up short in situations in the mountains.

“I have to turn my head in a lot of things I do, you know, like skiing, climbing, you do that all the time,” Shingo says. “My biggest fear, when that became apparent, was: What happens when you're on some crazy hard slab and you're looking around for feet, scanning, and totally getting hypoxic and gripped?”

But that fear turned out to be unfounded, as his body compensated.

“I'm becoming less dependent on my eyes, and more dependent on this sixth sense—this feeling of balance through my feet,” Shingo says. “And it's the craziest thing. It's almost as if, and I kept saying this when it was happening, ‘It feels like somebody stole the insoles out of all my shoes.’ Because now all of a sudden all these little changes in balance, I perceive through my feet, right? And so now all of a sudden, I can't trust my eyes—they're totally going to deceive me, and I'm getting this new, kind of mysterious sense through my feet.”

He’s discovered a new ability, post-accident. He can ski in flat light. On New Year’s Day, 2014, less than seven weeks after his injury, he tried skiing for the first time since his fall. He broke the trail on the hike up to White Pine Lake. Snow was dumping, limiting visibility. On the downhill, he carefully tested his balance, washing off a little speed in low-angle terrain. Two friends flanked him in case he fell, like two fighter planes. In the blowing snow and limited visibility, both friends fell down. Shingo stayed upright.

“I realized wow, I'm still up, and linking turns, what the hell's going on?” he says. “And I realized, I'm really feeling what I'm skiing on, through my feet.”

The ways his body coped with the loss of balance was nothing short of Jedi-like, Shingo decided, while watching Star Wars Episode IV. In one scene, Luke Skywalker trains in the Millennium Falcon, sparring against a drone with his light saber. Obi-Wan Kenobi puts a helmet on Luke, covering his eyes with a shield. Luke protests that with the shield down, he can't even see, and wonders how he's supposed to fight. Obi-Wan tells him that his eyes can deceive him—he shouldn’t trust them.

“You know, I spent my entire childhood trying to figure out what the hell that meant,” Shingo says. “Well here's what it means: So when you lose your balance on one side, it's kind of akin to, at first, clipping a wing off a bird, right? But your brain responds by relying on all your other sort of senses to help you with balance.” 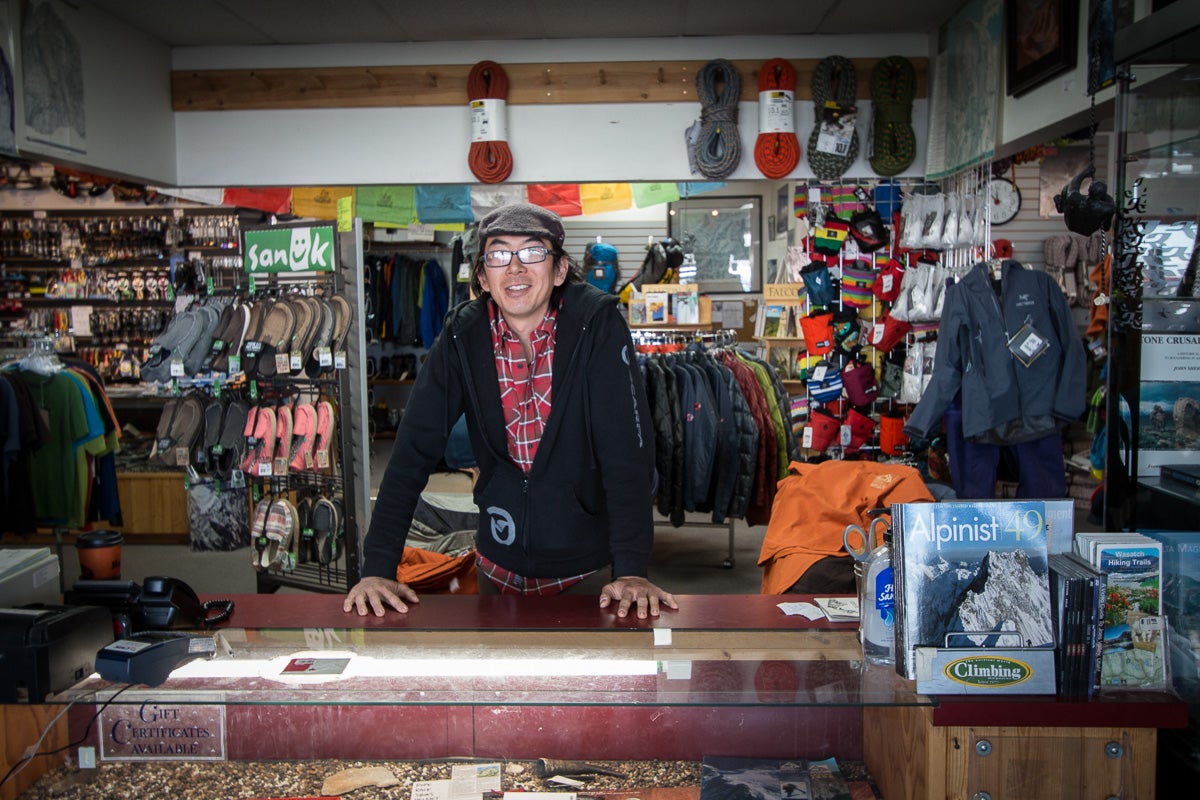 Shingo can’t fly across wet talus like he used to, and he loses his balance on approach hikes sometimes when he looks up at a wall to inspect it for new routes. But he says he’s very lucky, in the grand scheme of things. His friend, photographer Andrew Burr, set up a fundraiser while Shingo was in the hospital, and raised enough money to cover his health insurance deductible. A few weeks after his first day back skiing, he skied the Pfeifferhorn, and the following summer, he went to the Wind River Range for a month and despite unrelenting weather, put up a new route on the West Face of Tower One on Mt. Helen, with friends Mark Evans and Oli Shaw.

He says he now understands that it’s possible to get too comfortable on your home terrain and your idea of how things will go.

“The bottom line is, I got sort of what I call 'expert complacency,'” Shingo says. “I was just so comfortable with the system and what was going on that I didn't account for all these other things that I couldn't control for. Had things actually happened the way I'd planned, I wouldn't have gotten hurt, but you know, it's nobody's fault but my own.”

With a year and a half to look back on it, he’s come to see it as a learning experience, especially knowing that it could have been much worse.

“I feel like these accidents tend to—and this is with hindsight—tend to happen at the right time," he says. "There's always perspective to be gained if you can survive these things and no one else is really traumatized. But I'm a better climber, for sure, as a result.”