The Meditation of Putting Up a Climbing Route 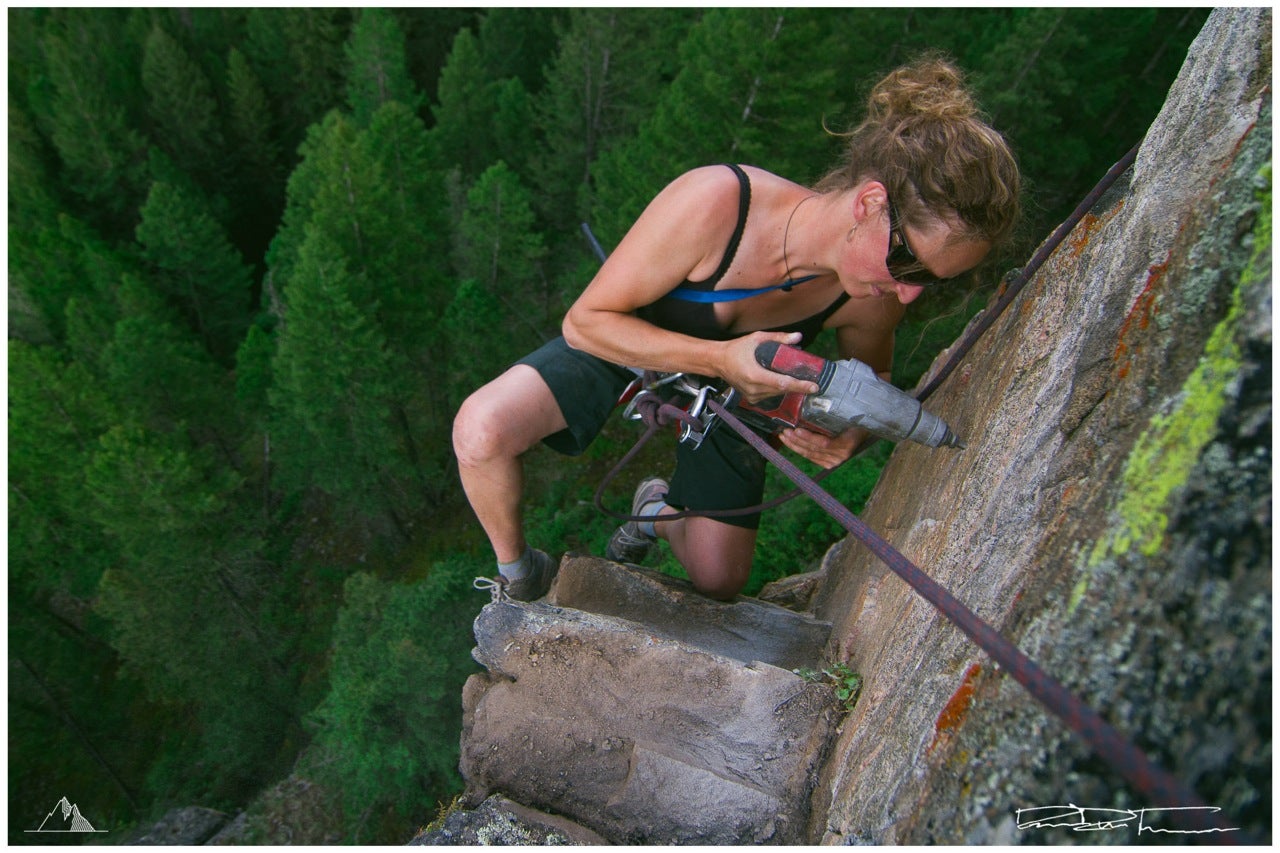 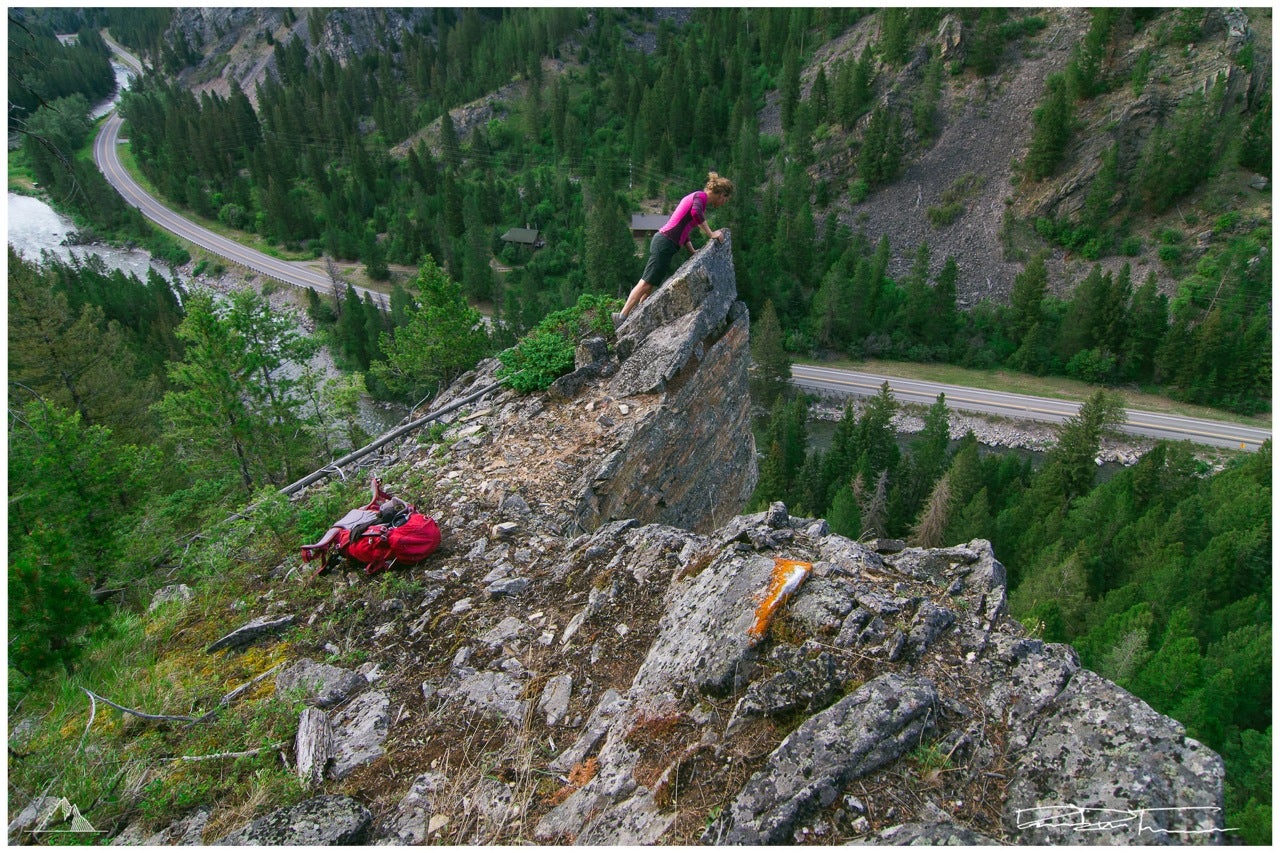 Time is running out.

I’m getting married in five days. The summer solstice is near. We’re about to close on a house. The deadline for this story looms. The morning light is dropping quickly down the side of the canyon.

I’m halfway up the arête, standing on a ledge, hands stuffed in my armpits. The temperature dropped into the 30s last night, and the air and rock are still chilly at 7 a.m. I watch the light move through the forest on a nearby hillside, illuminating each needled branch, and then look up. It still hasn’t hit the rock.

Three years ago, I got a real job for my 30th birthday. I was straight off a climbing expedition, and learning to survive the 70-hour desk-jockey workweeks took battle tactics. Often, I couldn’t find a climbing partner after work, so I took to soloing. Eventually, I found that hanging on a rope, scrubbing dirty rock and trundling choss deleted the day’s anxiety and LCD glare faster than anything.

Manual labor is meditation. Its side effects are lichen in my eyes, ears and bra, and ticks climbing up my legs. Also, happiness and new routes.

I shift my feet and little pieces of rocky grit ricochet off the ledge, down toward my fiancé Pat. He doesn’t flinch.

The two of us first walked up to the arête on a hot day mid-summer last year.

But I’d been admiring it on my hour-long commute from Bozeman to Big Sky every day. It shines in the morning light, a beacon exemplifying all the uncharted rock in the canyon, most of it choss.

I had to climb it.

Next, I took photographer Ryan Day Thompson up on a muggy evening after work. I drilled an anchor, we top roped it and trundled a few blocks. The bottom was contrived, and the middle broken, with a rat’s nest; the climbing up top was superb, exposed and right on the arête.

My co-worker Tyler Allen is game for anything, so we visited the arête in late fall, smoke from the nearby Millie Fire sitting in the canyon.

Pat and I went back this spring.

Tyler and I returned after work for a few TR laps, trundled another block, and drank a beer from the base, watching cars wind through the canyon below. Dusk fell on the snowy northwest side of the 9,945-foot Sentinal, along the Gallatin Crest.

A few days later, I hung on a rope and fired the bolts in, graupel and rain falling onto my shoulders and thighs. The canyon trad climbing gods know when I rap bolt, and they punish me every time.

But this morning the light is perfect. The gods must have forgiven me. Part of me is reticent to continue upward—with this send, the project will be over.

Grasping crisp crimps, I climb out of the shadow, into the sun. The canyon engulfs me: Swallows chirp and dart from a nearby ledge; the soft green mantle of fir and spruce fill my periphery; and the sun’s warmth lights my skin. I climb to the anchor, clip the chains, and look down at Pat belaying.

Here, for a moment, time and place have collided and I have all I could ever want of both.