The Motivation of a Child 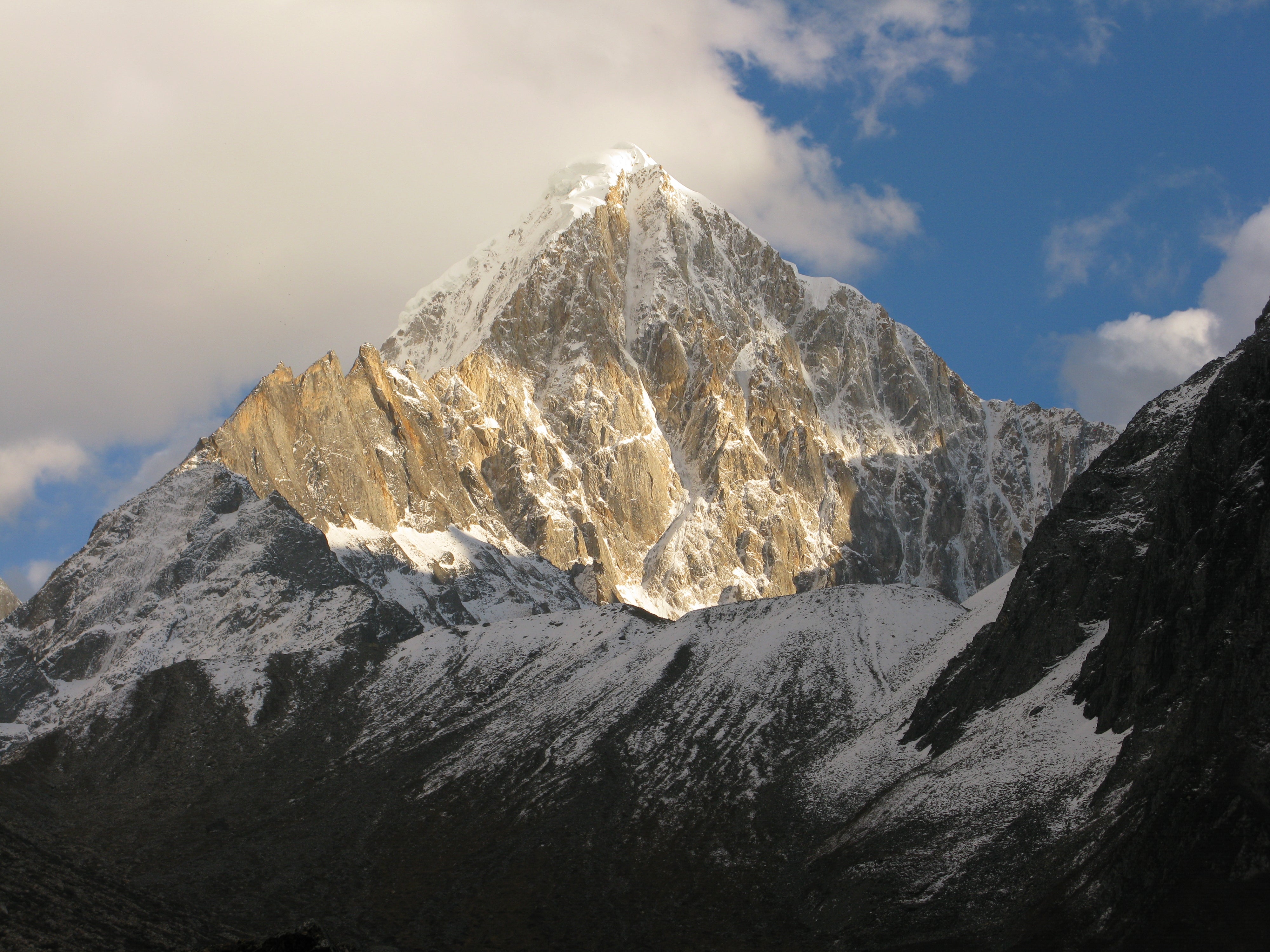 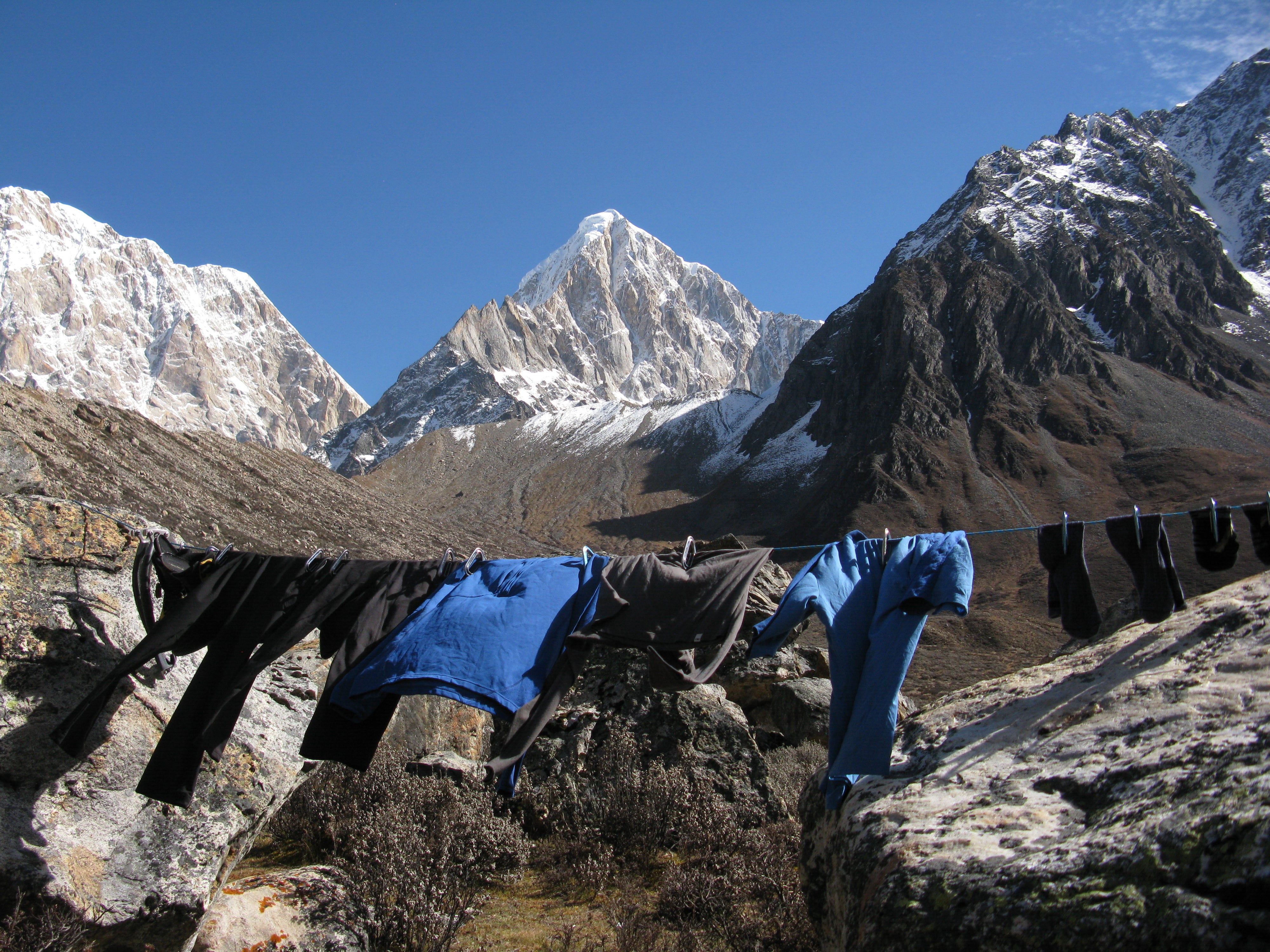 A friend once asked, “Where does your motivation come from to climb the mountains that you do? What pushes you to expose yourself to these conditions and extremes?” I thought back to my recent expedition to Sichuan China. Bruce Normand and I had successfully climbed the dangerous east face of Mt. Edgar (6618m) and also the west face of Grosvenor (6376m). Both first ascents of big and committing new routes. I wasn’t sure how to answer my friend’s question. The risks and objective hazards that Bruce and I had been exposed too were certainly not the motivating factors that drew us to the peaks in the first place. In fact, the dangers, specifically those that we encountered on Edgar had been so high that I felt slightly remorseful regarding the ascent. Not for any wrongdoing while on the mountain but for how thin our margin of luck had been during the climb. So, where does the motivation come from and more importantly what had I learned from Edgar? “I’ll have to get back to you,” I told my friend.

The alpine realm is beyond anything enticing. People are drawn to mountains regardless of their intent with them; for some, it goes no further than taking a photograph. For myself I have always been drawn to them out of curiosity and exploration, both objectively and personally. A mountain presents an unknown that creatively gets puzzle-pieced together. Alpine climbing for me is a connection with simplicity. It allows me to shed away the distractions associated with being an adult, owning a business, and the monotonous grind of paying bills. A trip to the mountains is a return to the simplicity of childhood.

Think about it: children are able to find contentment with very simplistic surroundings. A cardboard box becomes a space station. A mud pit becomes a battleground for G.I. Joe and the villainous Decepticons.  A child’s approach to foreign things is often innocent and almost always they have a hidden intent to their pursuit. Not to cause harm or be harmed but merely to have fun. When engaged in activity they become entirely focused, completely present they are able to learn from their successes and their mistakes, and as individuals they are able to grow. I learned a lot from climbing Edgar.

It took eight days for Bruce and myself to ascend Edgar’s east face. Well before we arrived to China the mountain had already taken on an air of danger by killing two of America’s best alpinists and an accompanying cameraman. While I never knew the climbers, their demise greatly saddened me and in the back of my mind I wrote off the mountain as something I’d never attempt. A year and half later I was packing my bags for Sichuan. Intrigued by exploration of a new-to-me mountain range and numerous photos of unclimbed objectives, including Edgar, I was giddy with excitement and cautious of danger.

Route conditions were in great shape as we arrived to the Minya Konka range on the cusp of winter. High pressure and cold and windy weather blasted the range as Bruce and I spent the first two weeks acclimating and getting accustomed to the range. Our ascent of Grosvenor was the first time that either of us had approached a mountain of its size and climbed it in a single straight push from base camp. We were feeling good as we drove around the northern side of the range and descended to the eastern foothills. In the ancient small town of Moxi we met our liaison officer for Edgar and the very next morning began the approach

EXCERPT FROM KYLE’S UPCOMING ARTICLE FOR ALPINIST.COM: In the early morning hour our headlamps turned the dense fog to white brightness, limiting our vision to three feet. When turned off we returned to the pre-dawn darkness.  Straining my pupils to the far reaches of my iris did nothing; still I could not see. 16,000 feet of mountain above me, I have six days of food, everything must count. Hours pass. Black fades to thick white and reveals a densely vegetated almost post-apocalyptic world. Abandoned buildings and tented camps with a few stirring construction workers line the shoulder of the demolished road. Some workers care less about our presence, others stop what they’re doing, their black eyes pierce through the fog into my own and we stare at each other with equal perplexity. Some make gestures and call out in Chinese, I respond with ni haio and they freeze in time, an expression of their respect and fear of what awaited Bruce and myself high above the thick fog.

The fog that Bruce and I encountered on both the approach and on the descent practically set the tone for the entire eight days. Edgar had an eerie feel and its objective hazards are so high that for the duration of the climb Bruce and I were beyond focused and extremely present, we had to be with looming death so near. On day three we ascended the long gully that provides direct access to the east face. It was identical and parallel to the gully that had killed Jonny and Micah and we witnessed its deadly power first hand. We watched huge avalanches completely flush through the narrow corridor both before and after we made our passage. It was simply a matter of timing and we had just been lucky.

Difficult lessons that children learn through exploring sometimes have dramatic outcomes; usually in the form of screaming, crying, and/or tantrums. Again a similarity with alpine climbing, come to think of it I’ve done all those things in the mountains. The Edgar climb stung me pretty hard and while I did manage to refrain from crying and throwing a tantrum while on route, when we finished I had fairly loud internal dialog screaming at me how dangerous the climb had been. The nice thing about childhood is that you have your parents looking out for your safety; mom or dad are able to draw the line of what is unacceptably too risky. For an adult climbing a mountain responsibility is all one’s own. You can spend a lifetime educating yourself about the dangers encountered in the mountains but in the end the line never ceases.

Edgar showed to me first hand that a mountain’s beauty and mysticism can captivate an individual to such an extent that the focus required practically makes them blind to the risk. I learned to be more respectful of outlying dangers on future climbs and that I never again want to come so close to that line. I will still pursue alpine climbing and will do so with the same curious and explorative pursuit but much like how a child learns from getting burned, that space station flies off a curb and crashes into the ground or GI Joe gets a little too aggressive and rips the arm off of the Deception ,  I too have learned my lesson on the east face of Edgar.