The One Thing Keeping You From Climbing Your Best 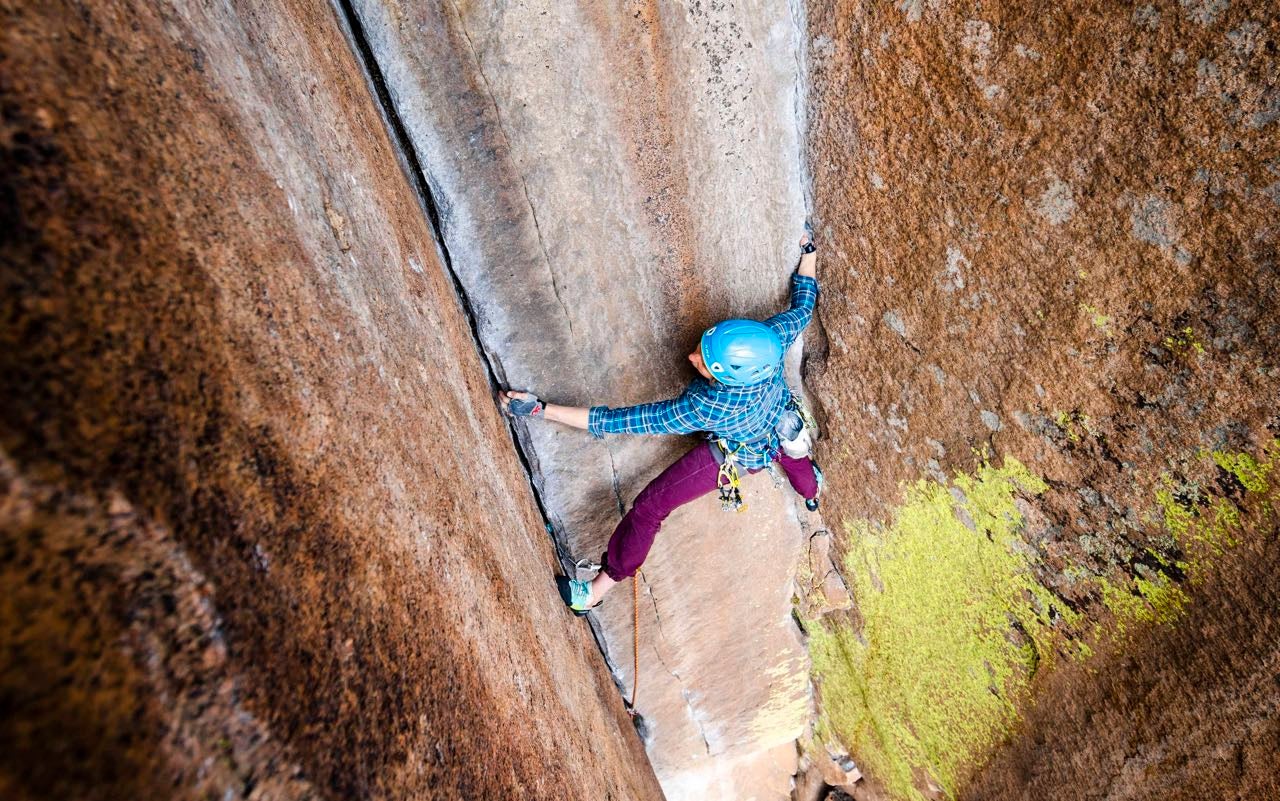 In the spring of 2011, while queued up beneath a Red River Gorge 13d, I witnessed the very definition of commitment. My friend Nate Drolet, in line just in front of me, asked his belayer if she wanted half of his banana. But he didn’t bother peeling it and digging into his pack for a knife—he casually snapped the banana in half. Like a ninja.

The first time I tried what I’d seen, I backed off at the last second. Banana pudding.

It’s exactly like commitment in climbing. You can plan every move you make. You can train harder and longer than anyone else. You might be the first person at the crag every day. None of it matters if you don't commit.

RELATED: How To Climb Harder As A Weekend Warrior

We aren’t talking Alex Honnold-type commitment, or even bolt-skipping, run-out commitment. Instead, this is about the type of big-picture decisions—or excuses—we make while planning or training, and the commitment choices we make dozens of times on every climb.

Here are the four excuses I hear most often—that are definitely squashing the banana—and how to bust past them and commit.\ 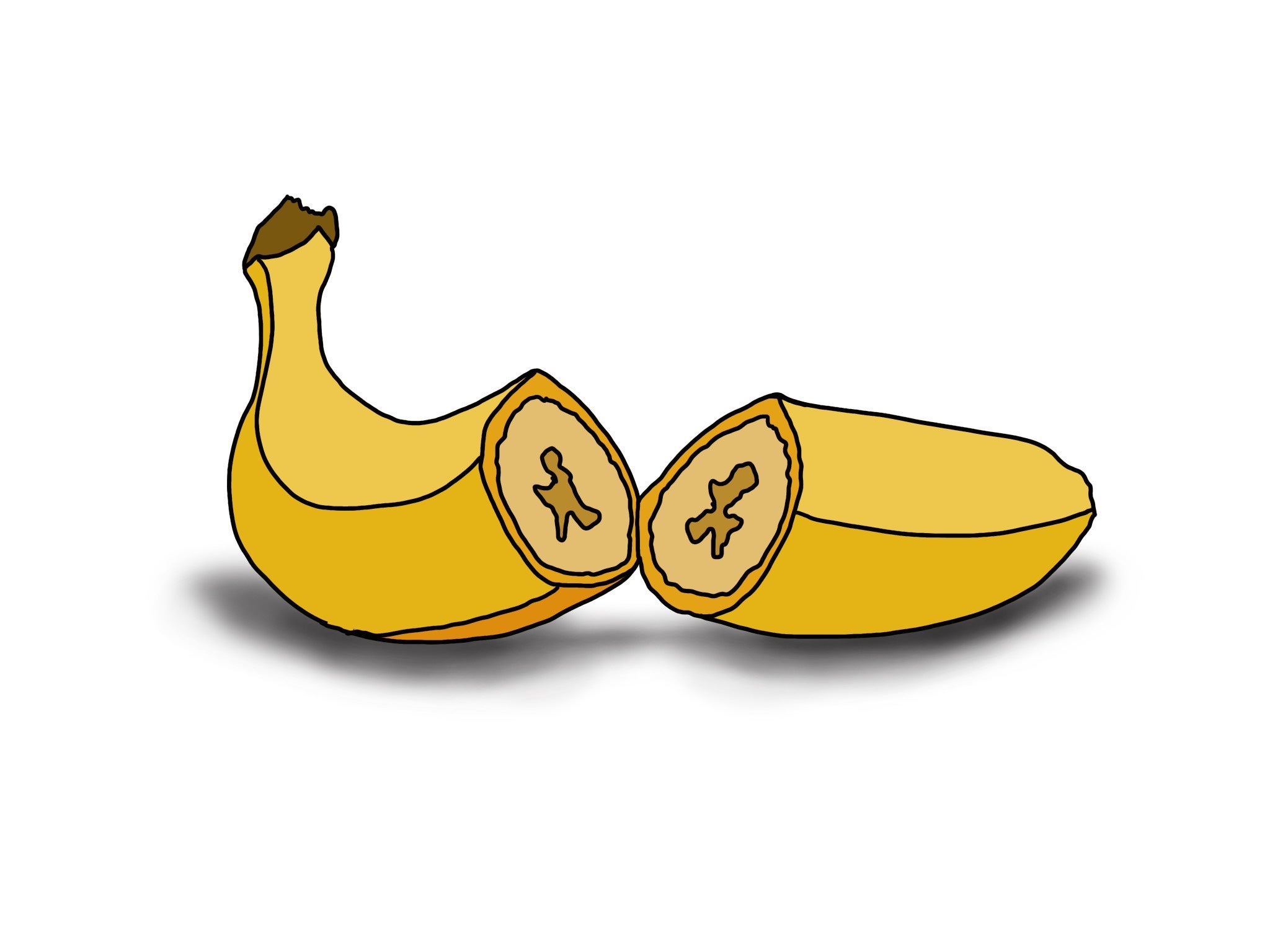 "I don’t have enough time to train or climb."

After coaching thousands of adult climbers, I know one thing for sure: we’re all busy. None of us has “enough” time. How often have you said, “Oh, I don’t know, we’ll see if there’s time,” and then actually made the time for that thing? We all tend to fill up our free time with the little things we still need to get done but may not be as important as our bigger goals. Many of us set big goals in January, only to say we don’t have time to pursue them in February.

Doing anything well requires compromise and you might have to schedule with that in mind. Is there something you don’t really need to do? I know dozens of people who don’t have time for a workout but wouldn’t dare miss the next reality TV episode. Those same people are always stressed about their fitness level. You work a lot? Me too. Work harder during the week so that you don’t have to spend the weekend finishing the things you didn’t get to on Tuesday.

Which is more important to you? Don’t wait for the free time. Put the gym or crag on the schedule and go with a partner you’re accountable to. You’ll be less stressed and more fit, and you can always watch the reality shows on the flight to your next climbing destination.

If you’ve been at this long enough to make big goals, it’s unlikely this is the first time you’ve felt those tweaks and twinges. But how often have you actually done something about it? Have you truly addressed the issue?

In 2000 in game one of the NBA Finals, Kobe Bryant severely sprained his ankle and couldn’t play. He had rolled that same ankle a number of times, and now—when he needed to be there most—he couldn’t train with a basketball at all. But rather than stick only to the same rehab that had failed him previously, he took tap dancing lessons in hopes of gaining better dexterity in his ankles. After missing games two and three, he came back to lead the Lakers to a big win in game four.

It can take time to find the solution to nagging injuries—so start now. Hoping it will go away on its own is a failure to commit to your goals. Give it the attention it deserves as a potential obstacle in your path. Commit.

You had every intention of getting on your project, but a whole host of issues teamed up and kept you from it. Two other people were working on it. You didn’t realize the time and it got dark so fast. Your partners wanted to go to another crag. You got psyched on something else and ran out of energy.

I could continue. I’ve heard—and used—them all. But the fact is, it’s entirely up to you. There’s a better way to plan your crag time. If this project is important to you, your partners should be aware of that. Two crag days aren’t unheard of. Other people working on your project is a great opportunity to both share beta and make sure you get enough rest between attempts.

The only way to guarantee that you never send is to never try. 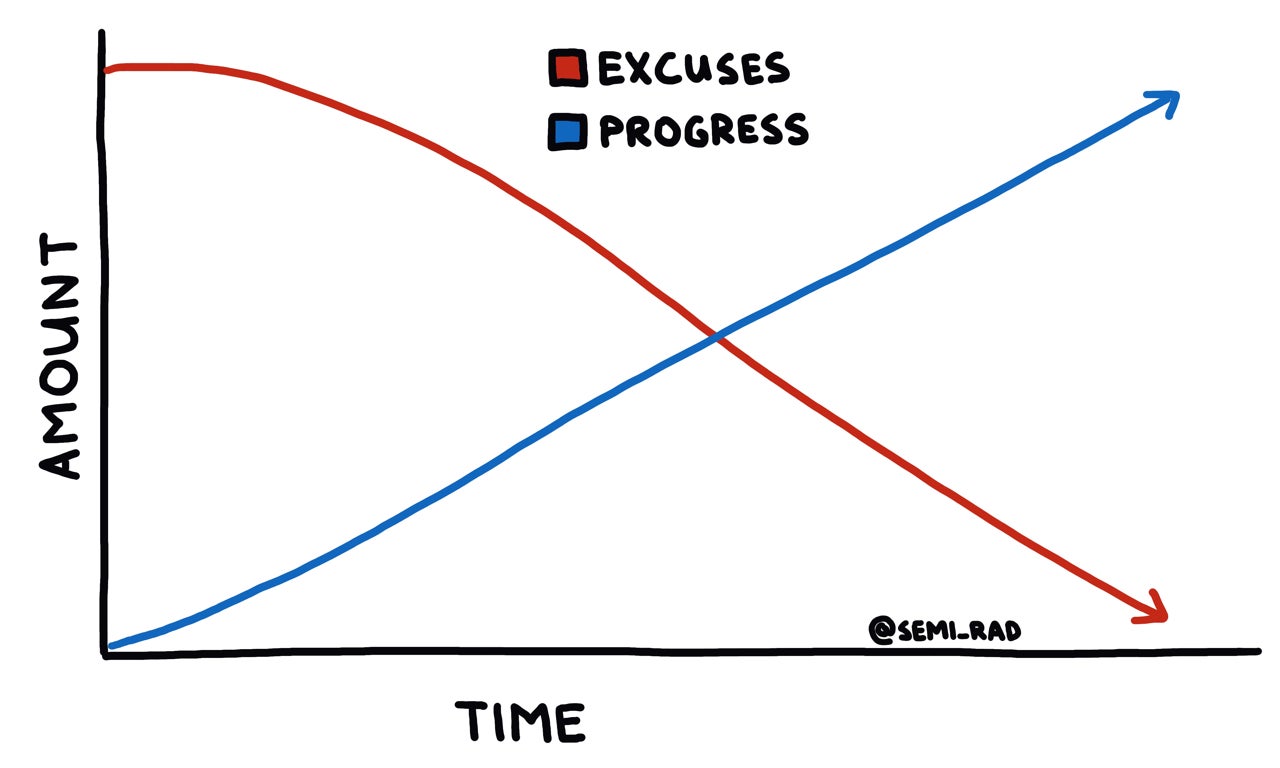 You’re at the crux again, feeling better than ever, and you’re setting up to make the move. You generate the exact right amount of momentum needed to get there, tighten up your core as you extend, tap the hold—and you’re back on the pads.

You didn’t commit to finishing the move.

Every week I watch videos of people who tell me that they fall because they just aren’t strong enough to hold the next edge. I replay in slow motion, and nearly every time I see them touch the hold, pull their hand away, and step off the climb. Maybe the hold is sharp, or the tension in that position is hard to hold. No matter what it is, hoping to latch and keep it by accident rarely works.

Getting stronger is an easily quantifiable thing. Learning to better commit isn’t—and that makes it scary. But it’s those moves, the ones you’re essentially jumping off of, that are a fantastic opportunity to practice this skill.

RELATED: Don't Think Hangboarding Is For You? Think Again.

Next time, tell your partner that you’re committing. Be honest with yourself about it. Ease in, but spend time there. Go with conviction and stick the hold.

Commitment isn’t only a skill we practice when we need to go for it in a risky situation. Based on my experience, it’s the lack of commitment to the process as a whole—and seeing it through to the outcome—that most often knocks people off their intended trajectory. You’ll be regularly asked to make decisions that challenge your commitment to your goals.

If you don't commit to putting the time in at the gym or at work during the week, you may never get the chance to even attempt that crux move at the top of the hardest route you've tried on the weekend. You'll never have the satisfaction of knowing that you pushed through the nerves and the fear, went for it, and took the fall. You'll never latch that next hold and find out if you’ve got the tools to make it to the top. You might never even make it to the project to find out.

That's perfectly acceptable, if you don't want those things. But if you do want those opportunities, I suggest you take a deep breath, commit, and don't squash the banana.