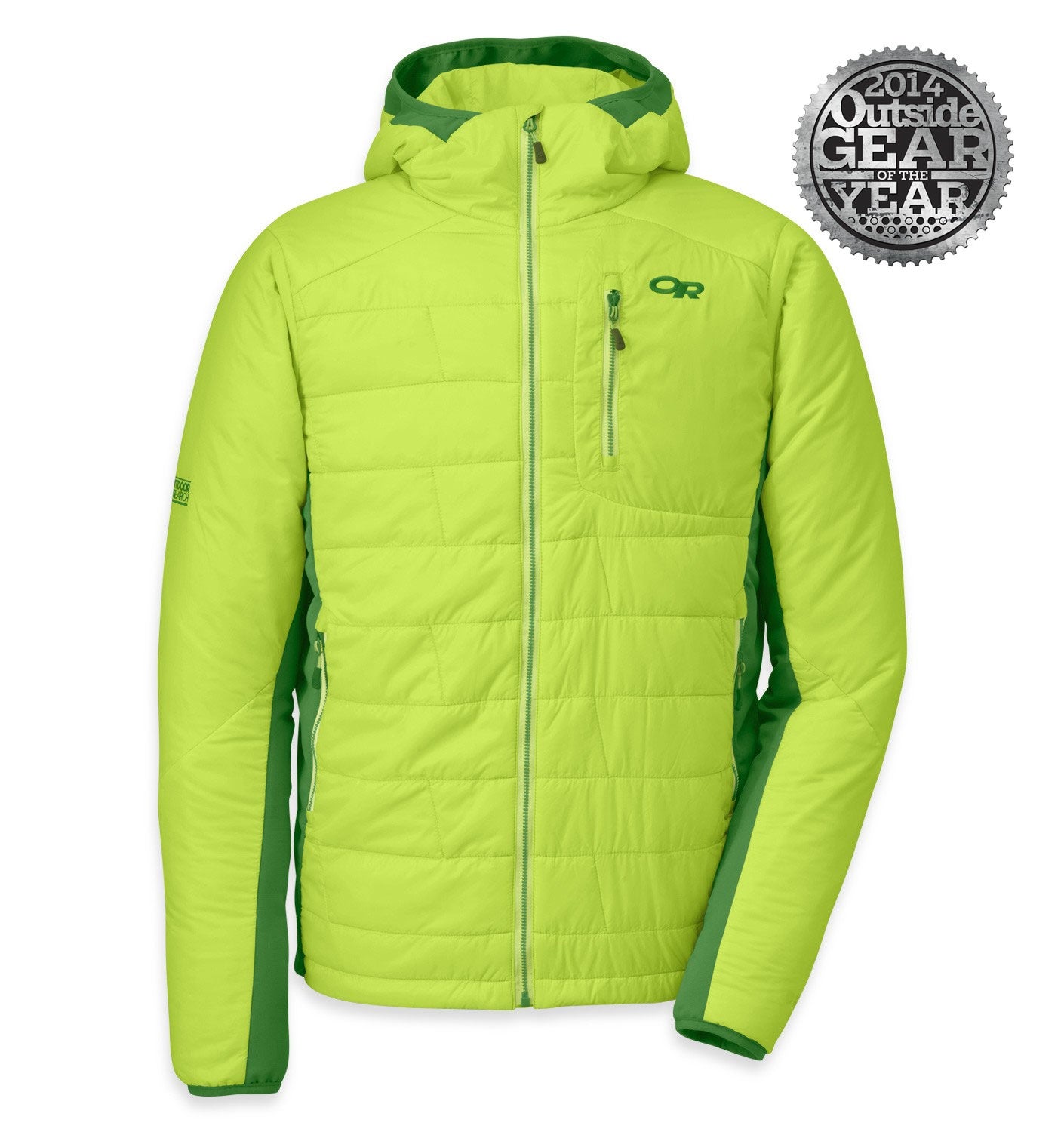 That’s two in a row! For the second time in as many years, we’ve won Outside Magazine’s “Gear of the Year” award! Last time it was for our GORE-TEX® Active Axiom Jacket™. This time, it’s for our men’s and women’s Halogen Hoody™, which combines Primaloft® One, Pertex® Quantum and Schoeller® soft shell in the first insulated jacket that climbs as well as it belays.

“The Halogen can’t do it all, but it does so much so well that it rates as one of the most versatile winter jackets we’ve ever tested,” the magazine’s editors wrote in naming the Halogen an award winner in its Winter 2013/14 Buyer’s Guide.

“It’s a really smart combination of fabrics and insulation, which allows it to layer well and pack down small, making it a great insulating layer for backcountry missions, but also a great outer layer for all sorts of winter pursuits,” said Outside Executive Editor Sam Moulton, who oversees the seasonal buyer’s guide.

Outside’s editors specifically pointed out the pairing of 60-gram Primaloft insulation in the front, back and upper arms with breathable stretch Schoeller softshell side panels, a combination that “strikes the perfect balance.”

“It’s packable enough (it stuffs into its own pocket) to be your go-to backcountry mid-layer, but it’s equally adept at cold-weather bike commuting,” Outside’s editors wrote. “Testers loved the helmet compatible hood – a stretch panel on the front frames your face with cozy softshell fabric, while the body of the hood is stuffed with insulation to make you toastier still.”

Shop the 2013 Gear of the Year Award Winning Axiom Jacket.