The Road To Sochi: Psyched And Smooth In Korea 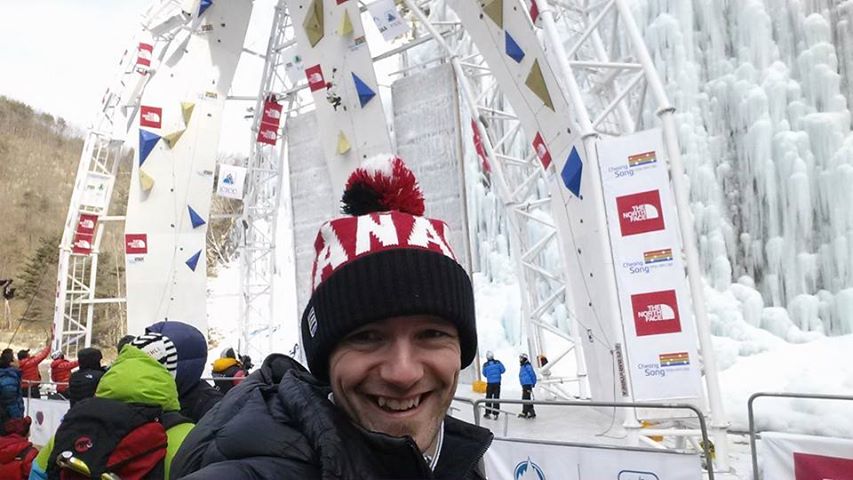 Six months ago I started preparation for this season’s World Cup competition tour. Who’d have thought it would have come so fast. I’m in an airport right now, Amsterdam, en route to the second round. July was when the plan took effect and now, I’ve just left Korea after the first round of competitions for 2014. It's wild how time flies.


After going to Korea in November for a training trip, I learned good beta on food, where to train, where to stay, etc. All the logistics of travel in a foreign country, I had sorted out before I was to return (now) for the first round of World Cups in Korea. Whether accommodations, transportation, eating plan, training plan…it was all sorted…and I was ready. When you travel halfway around the world, there are certain things that make the journey easier. Traveling for long periods of time is never really easy, but there are little details you can better so it's less stressful. And that’s important when you’ve invested so much time into something on the other end of your long trek, like world cup competitions. Arriving in Korea for my second time in two months, I got out of my “pod” (yup, got me a business class ticket so I could have a bed for the 13-hour flight—little details that make travels better), and felt good, really good, in fact. I was relaxed, rested and prepared. I knew where I was going, how to get there from the airport, and felt fully confident in my plans.


Heeyong Park—this guy is the current world champ, and a huge inspiration to me. He’s been such a massive help with my trips to Korea, as well as with training regimes, etc. And upon my arrival in Korea for the first round, once again he was nothing short of accommodating with travel, training plans, accommodations, and anything else I needed help with.  He is a good friend and I respect him to the utmost.
 Round 1. The venue was as I remembered from previous years—spectacular. As I walked toward the isolation tent (where athletes go before actual competition), the structure stood out, sky-rocketing above all the spectators. Like a spaceship that had just landed, this structure resembled something of a different world. The architecture that towered above everyone got me super fired up…that I was going to climb on that thing in just a short period of time. Hmm…then I looked at the start list…second last. That short period of time had just turned into something like four hours later.


The athletes in the world cup competition world, are like a huge family for me. I’m always super excited to see everyone at the first comp venue. It’s like a big reunion. Everyone has smiles, everyone’s fully psyched…and the energy is through the roof. And of course, in Korea, they pull out all the stops, making the first event of the year truly special in all regards. From the opening ceremonies to the experience of the culture, such welcoming people; kind, thoughtful, and caring. For me, starting the season off, especially in Korea…what an incredible feeling of joy.


The isolation zone was emptying. One by one, athletes would ready themselves and step out onto the world’s stage, displaying their best efforts on an architectural masterpiece. One by one, my turn was coming closer. And after four hours of isolation, with a last minute warm up, I could hear my name being called. Now it was my time to climb. Walking out of the iso tent, and towards the structure, I was focused. But interestingly enough, relaxed. I’ve spent so much time sorting through mental battles with my competition climbing, and it seemed like things were changing, that my efforts were victorious. Of course there were still butterflies, but they weren’t fluttering from worry of failure, but more like jacked on adrenaline, like all the butterflies in my stomach had just drunk a can of Redbull each. I was psyched. From the second I left the ground, there was no mind. One move at a time, each being its own moment, I just went up. And before I knew it I was merely two or three moves from the finish. Was it enough? Did I actually qualify in the first round of world cups?


Eating lunch afterward, I was exhausted, trying to replenish all the energy I had just spent. I was psyched on my performance. My fellow competitors were all congratulatory on my climb, saying I had done well. And then one of the Russians initiated a sequence of high fives, excited with smiles. I had no idea why. He speaks only Russian! But then he blurted out, “You are in my friend!” I lit up, filled with a sense of accomplishment, excitement, and reassurance…that I did belong in the ring.


Back in isolation I went. I think with isolation, the more time you spend in there, the more you just accept being in there. Whether one hour or six hours, it is what it is and there’s no changing it. You just have to make the best of it. I have my routines, my distractions (books, music, encouragement cards, etc.) and my sense of calm for such endeavors. Eat, drink, warm up, maybe chat with other competitors, warm up again, read, and then suit up. The moves were big, bigger than usual. Long reaches, technically powerful sequences, left-right-left-right. I needed to give everything I had. I think I did, but in hindsight, there was more to give. Perhaps I had first round jitters, I don’t know. But I still climbed very well, landing me in a three-way tie for 11th.  My best result yet. Am I happy? Heck yah! It’s the first round and I’m already getting my best results to date. Is there more to come? You bet your ass there is. It’s only the first round.  I have a lot more left to put out there. I can feel the excitement.


Traveling around the world is no easy task. Some may think it’s all fun and games, but it’s not. It takes every bit of effort to keep going, to keep pushing, being away from family, constantly putting yourself out there, blood sweat and tears, airport madness, but in the end, it’s worth every moment to give it all you’ve got. Perfection is unattainable, but this journey allows me to still strive toward it, to be my best, being in the moment when a well-executed plan comes to fruition. Yeah, totally worth it.


Now, I head to Romania for the second round of world cup competitions. But first, I’m heading into my favorite cave, Usine, France, where some of the raddest and hardest, most bad ass dry tooling routes in the world sit waiting to be climbed. The first world cup round went really well, and I’m definitely happy with that result…but there’s more to come. A lot more. The gap is closing.