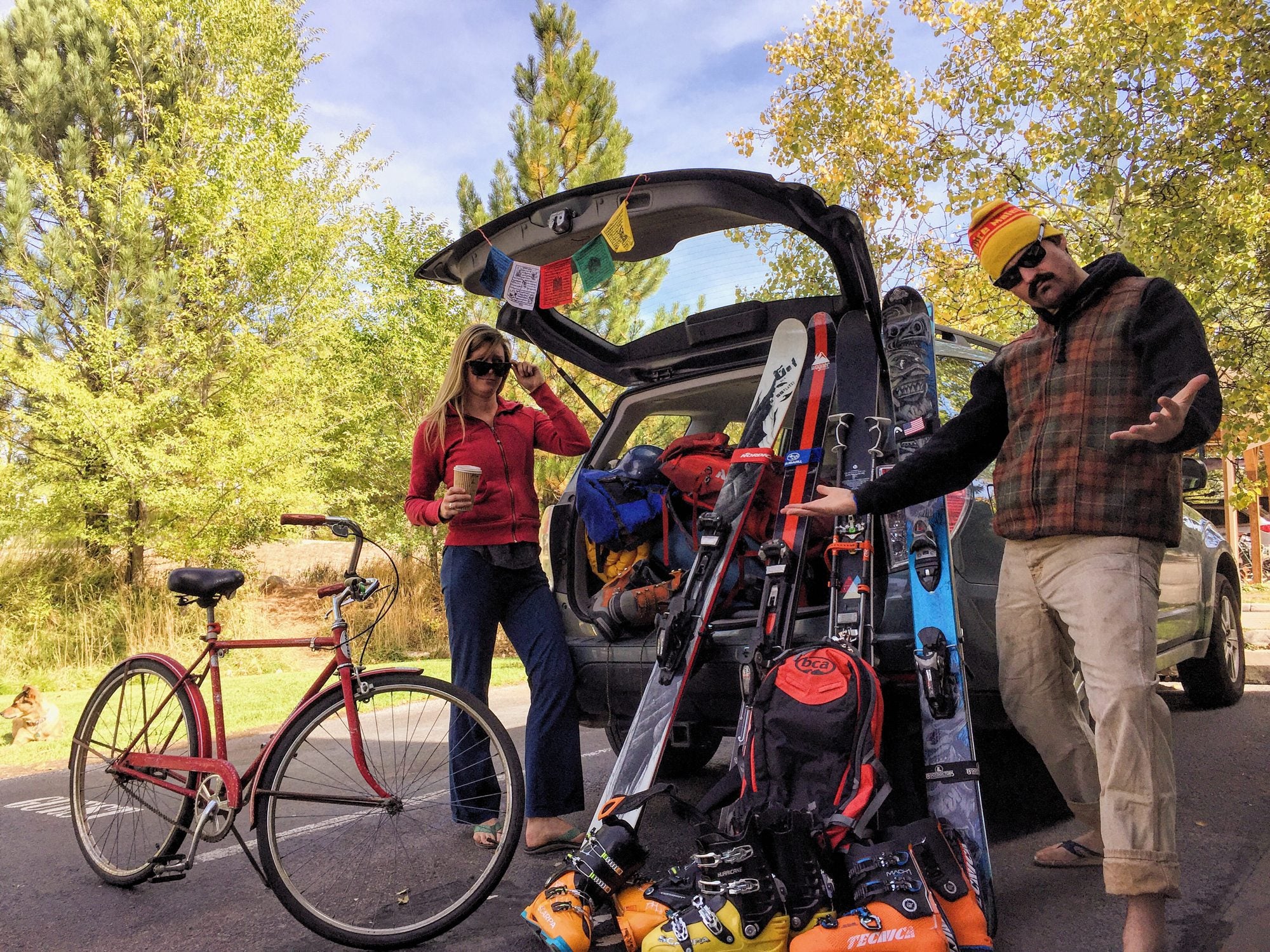 Dating in a mountain town is like trying to pick up somebody at your family reunion. It’s possible, but man can it get messy in a hurry. That’s not to say you shouldn’t give’r, though. As a bro looking for a brah to join you in the gnar, you need to be crafty—and you’ve got be prepared to stand out from the crowd. Here's how.

The Baseline Necessities
Before you can even talk to a mountain town gal, you’d better look the look. You don’t have to actually shred—you just have to look like it. Ever heard of “fake it till you make it?” You won’t find a date if you look like the antagonist from a John Hughes movie.

Only Talk About Yourself
She already knows what she’s done, so don’t waste time trying with questions like “How are you?” or “What do you like to do?” or “Where did you grow up?” Boring! How is she going to know that you’re the best skier-mountain biker-boater-fisherman-climber-super extreme awesome man-dude bro in town unless you tell her how radical you get? So, tell her and tell her often. What she lacks in knowledge of your personal bro-chievements, you should make up for in the repetition of your epic adventure stories.

Hit The Apre-Heeeeey Scene
Once the lifts stop turnin’, cruise for shredajaweas at the après scene. Almost all of your flirting should be done at the Locals Only watering hole. I mean, it’s not like you’re gong to take her to dinner. This isn’t the 1950s. Make sure to flip the switch on your Scarpas from ski mode to “Puttin’ Out the Vibe” mode, first.

Saunter into the bar and look for the ladies with loosely braided side ponies still wearing their ski boots. If one still has her beacon on, don’t let her go. In fact, marry that epic mountain-lady badass on the spot. Note: Ripper lady bros wear the exact same uniform as the bro bros. How to spot a true ripper at the bar? Authenticity often smells like b.o., so secretly give her puffy a sniff. If it smells like French onion soup, she’s a keeper. Cheers pints and split a basket of loaded fries. In a ski town, this is equivalent to 7 dates. So, she should pay.

Master The Art Of Mountain Town Chatter
To catch the attention of a shred queen, you must first bend her ear with the ski bum vernacular, Bro-ese. Intonation, dialect, and delivery should be a mix of Keanu Reeves’ Agent Johnny Utah from “Point Break,” Keanu Reeves’ Ted Theodore Logan from “Bill and Ted’s”, and Keanu Reeves’ cameo in Paula Abduls’ “Rush Rush” music video, where he utters not a word because his hair does all the talkin’.

A simple upward nod of the head and a“Suh?”will suffice as an icebreaker. Follow that by asking if she’s seen the latest ski vid, “Epic Pro Bro Skiing Epic Shit In Epic Location 12,” and proceed to only talk about skiing. Current events, books, art, and other such nonsense are for dweebs. If by some miracle she is new to town, fight your way through the sea of bros surrounding her like great whites, and offer to buy her a drink. This seemingly insignificant gesture will surely not have dawned on any of the dudes currently courting her and, thus, you will have pulled ahead of the pack. Immediately start to talk to her about skiing—your skiing—the only skiing that matters.

Now, go out there and find the dudette to your dude. Remember, it’s a ski town; the odds aren’t good but at least the goods are odd.