Think you're tough? Try your stuff in the Northeast. 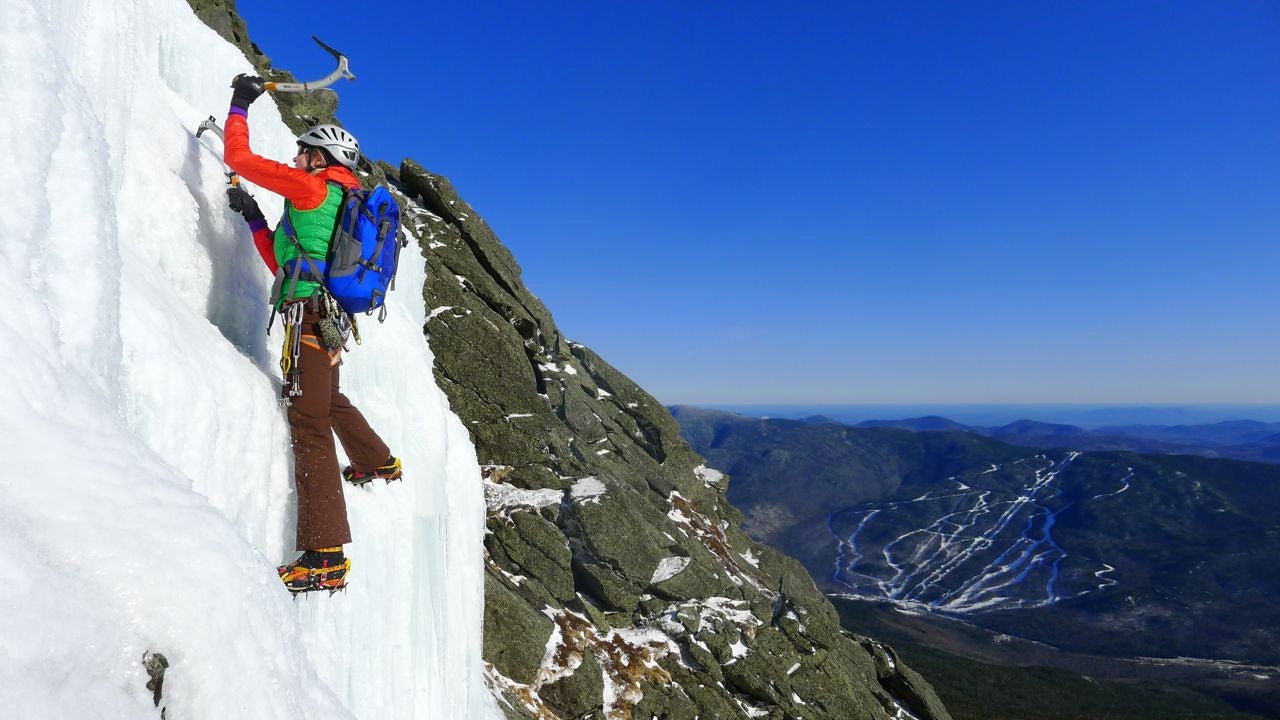 The Northeast is the U.S.‘s best all-around alpine training ground. There, I said it. I’m sure it will ruffle a few feathers. After all, climbers in most western mountain towns believe they have America’s best alpine training ground. But that’s an insular and uninformed view of  American climbing. I can’t count the number of times I’ve heard comments like, “The Northeast, ugh, it’s so crowded there. The bugs are sooo bad. Are there even any mountains?”

While I don’t expect to convince everyone—and I do think every region has it’s merits—it’s time to give the Northeast serious consideration as a climbing destination. My Northeast background has prepared me well for just about anything I’ve come up against as I’ve worked, climbed, and traveled in some of the world’s most notable mountain ranges. What the Northeast lacks in elevation is made up in small but rugged terrain and a surprising abundance of accessible rock, ice, and mixed climbing. In the North Country, there’s no need for alpine training centers or wasting time in traffic trying to leave the city on a Friday night. Instead, just bust out a bunch of pitches on your way home from the grocery store or try an early morning, pre-work session at the crag. Much of the climbing is roadside, though remote backcountry adventures can certainly be had, should feel the urge for something like the 17-mile winter approach to Mt. Katahdin’s icy cirques or a six-mile hike into Wallface. So the next time you’re planning your sixth trip to Ouray or Joshua Tree, or maybe prepping for a climb of Rainier or Denali, here are some reasons to consider heading East.

Are you the best climber you know? Need a project to prove it? Good, because second ascents and rarely repeated climbs await your expert prowess. Take, for example, The Fecalator in the Adirondacks, possibly the country’s first trad M10 WI6 when it was put up by Chris Thomas almost ten years ago. To this day, only a few very talented and very determined climbers have ever gotten up this route. Perhaps it just hasn’t been climbed because nobody as good as you has tried. Or, how about Vermont climber Peter Kamitses’ barely repeated 5.14+ traditional. Read: protectable but spicy routes on Moss Cliff and at Silver Lake in New York’s Adirondack Park. For the geographically challenged, think six million acres of forest, lakes, streams and cliffs south of Montreal, Quebec. New York doesn’t just mean New York City. There is certainly no shortage of difficult climbing, nor is the region “climbed out.” Each season, climbers put up new climbs, even if they’re hidden beneath moss and lichen or are inconveniently scary and hard.

Ready for an attitude adjustment? Northeasterners make good use of small terrain by dreaming up backyard adventures that fulfill their larger aspirations. Perhaps what sets us apart is our intrinsic knowledge that there are always better climbers and bigger mountains out there. Humility is part of the Yankee character, and big egos are rarely tolerated. Northeasterners are a mostly humble and self-deprecating bunch, far better at leading by example than by promotion.  Have you really never heard of Fritz Wiessner, Bradford Washburn, Henry Barber, Jim Surrette, Freddie Wilkinson, and Kevin Mahoney to name a very few? A trip to the Northeast is sure to open your eyes to a deep and continuing history of difficult traditional rock, ice and mixed climbing. Maybe you’ll send everything, maybe you’ll go home with your tail between your legs. Either way, you’ll have to make the trip east to find out.

Need to toughen up? You may be avoiding the Northeast for the same reason  you actually should come and train here: weather. It can rain. Anytime. And rain a lot. This isn’t Boulder, Colo., or Jackson, Wyo., and there’s a reason cactus doesn’t grow here. Rain doesn’t care about your July climbing plans, and a typical mid-winter freeze-thaw cycle will make the ice as dense as concrete and as delicate as glass. New Hampshire’s Mt. Washington has recorded the world’s second highest wind speed—231mph—while Saranac Lake, New York, routinely registers the coldest temperatures in the continental United States, often below -30F. With little choice other than climbing in adverse conditions, one will quickly develop the ability to climb under any circumstances. Personally, I’ve never experienced the bone-chilling cold of the Northeast anywhere but the Northeast.  It’s brutal. Perfect for toughening up. We also get sustained stretches of flawless weather, but you don’t get famous for that.

We’ve got it all. I can’t think of anywhere else in the country that offers such a vast amount of technical rock, ice, and mixed climbing at both crags and on mountains. I know plenty of climbers would argue this point, but there really are few places where you can find so much rock and pure water ice and mixed climbing in such concentration. If you’re concerned about the routes being too short or too small, consider a link-up. For example, my friend Alan Cattabriga once linked 38 pitches of up to 5.8 rock climbing on New Hampshire’s 1,000-foot Cannon Cliff in a six-hour solo binge. On another occasion, Alan climbed every gully route in Huntington Ravine twice in ten hours of continuous climbing, covering more than 23,000 vertical feet of water ice and steep snow. Marc Richey and John Bouchard trained for their alpine ascent of Shivling on huge mixed girdle traverses of Cannon Cliff.

Next time you catch yourself snubbing the east coast, or wondering where to toughen up for the big mountains, remember the Northeast: If you can climb here, you can climb anywhere.