Tips From an Alpinist For Surviving Isolation 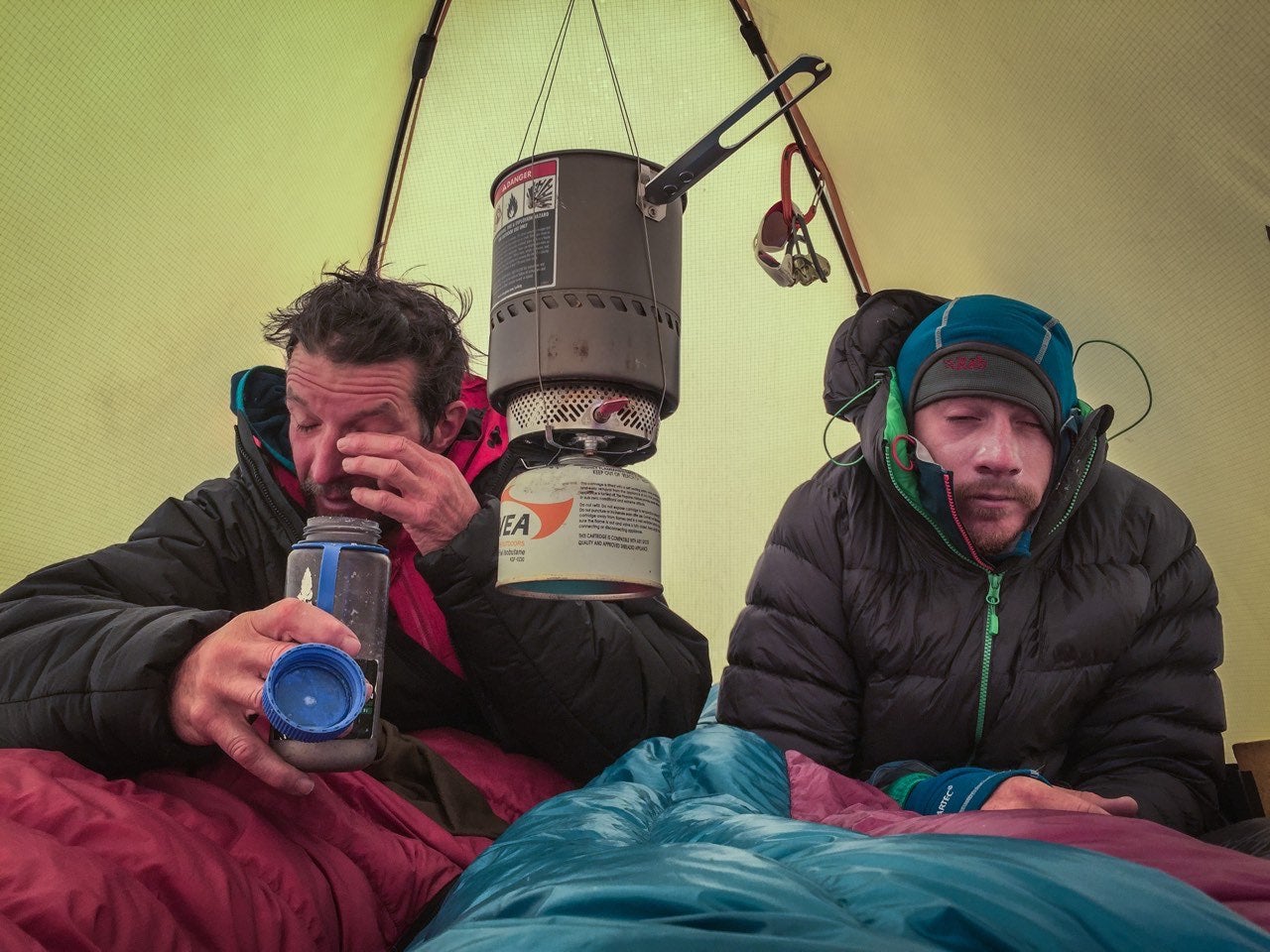 When being shut up in my house began to get me a little down last week, I remembered this one photo I’d seen. It’s of three of Graham Zimmerman’s climbing teammates during their nine-day first ascent of Link Sar in northern Pakistan. Mark Richey, Steve Swensen and Chris Wright look out from a snow cave where they hunkered down to wait out a predicted 36-hour storm before heading for the summit the next day. All three of the men are smiling, and Chris is flashing the horns at Graham, who’s taking the photo. And I thought: Graham Zimmerman—he knows something about being stuck, holed up someplace when you’d rather be somewhere else, doing something else. 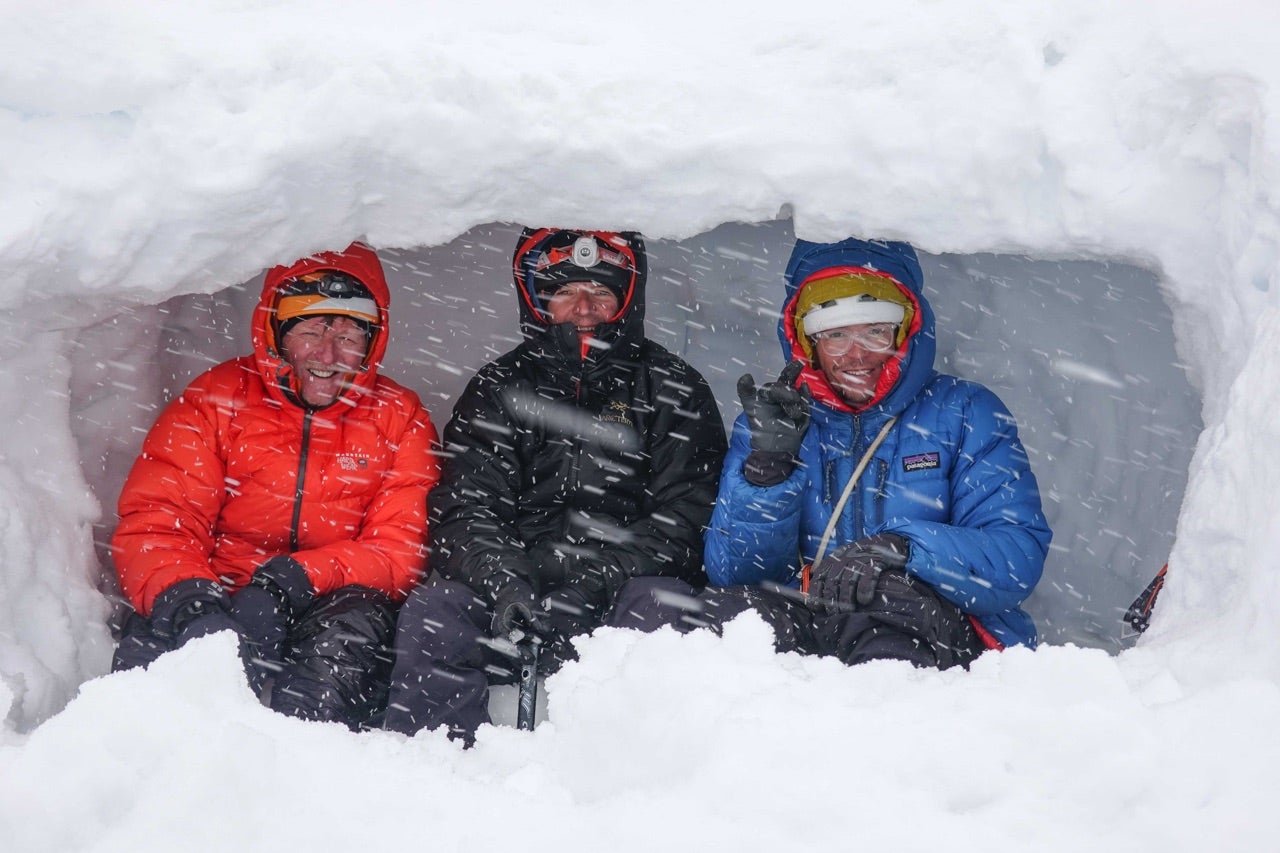 So I called Graham up to see if he had any advice for those of us who are less experienced “sheltering in place.” And just like every other time I’ve spoken with Graham, his tone was positive and encouraging—despite the fact that he and his wife had to cancel their honeymoon trip to Morocco because of COVID-19. His take? “Well, the point is to be together, right? And that’s what we’re doing now anyway.” Point taken.

Graham has learned a lot about the power of perspective. He once was stuck in a tent on a glacier in Alaska’s Revelation Mountains for 10 days straight. Two people in a three-person tent. No cell signal. No Netflix. “We listened to a lot of Miles Davis,” he says. “A lot of audiobooks.”

Entertainment recommendations aside, here are three things Graham is keeping in mind now that he learned during long days and weeks waiting in base camps and tents. 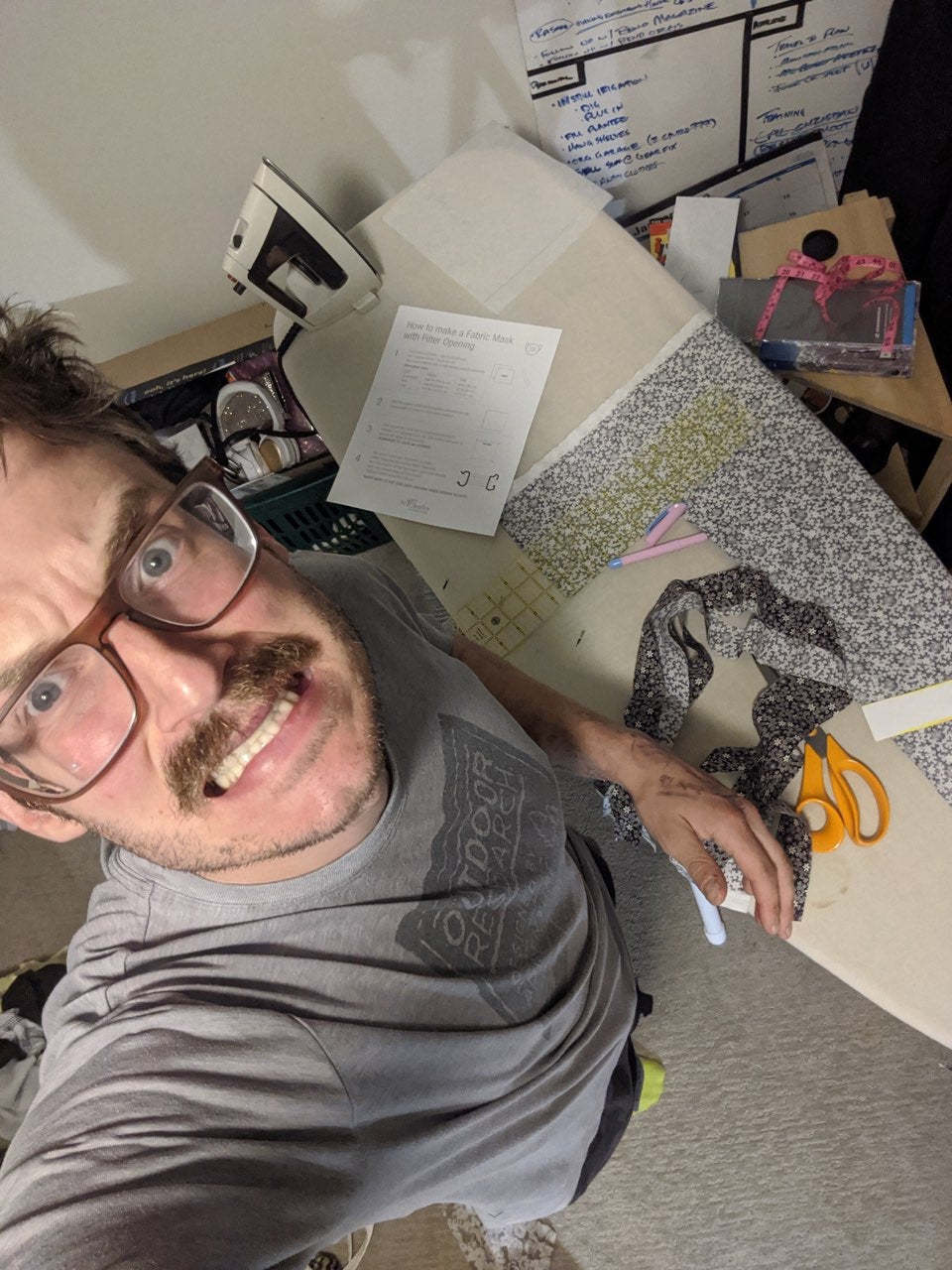 Do what you can toward a solution.

While he certainly can’t single-handedly stop COVID-19, Graham points out that he can do something locally to help those in need. He and his wife Shannon McDowell have been sewing masks for local healthcare workers. “A lot is out of my control,” he says. But to stay sane, focusing on what we can control helps. “Sometimes it feels like nothing, but you have to keep dialing in, asking, ‘What do I have to work with?’ ” For Graham and Shannon, it’s using their sewing machine and cloth to make masks. And, staying home.

Use the extra time as a gift.

All expeditions have a lot of downtime, a lot of time when you’re not going climbing, Graham says. “It’s part of the deal. I actually look forward to it.” In the front country, we spend so much time being busy, so when you actually get the time, it’s great to reflect on your life, your purpose, your trajectory, he says. “We get lost in what we’re doing today and lose track of what we want to do in the next five years.”

Graham says he relies on those times of isolation to help think through the next big thing in life—like spending the rest of his life with his partner, or buying a house. Those weeks away without constant entertainment turn into powerful times of introspection and planning, he says. Right now, he’s taking extra time he normally wouldn’t have to stay in better touch with his grandpa, who lives in Kansas, and focusing on how to have a better relationship with Shannon. 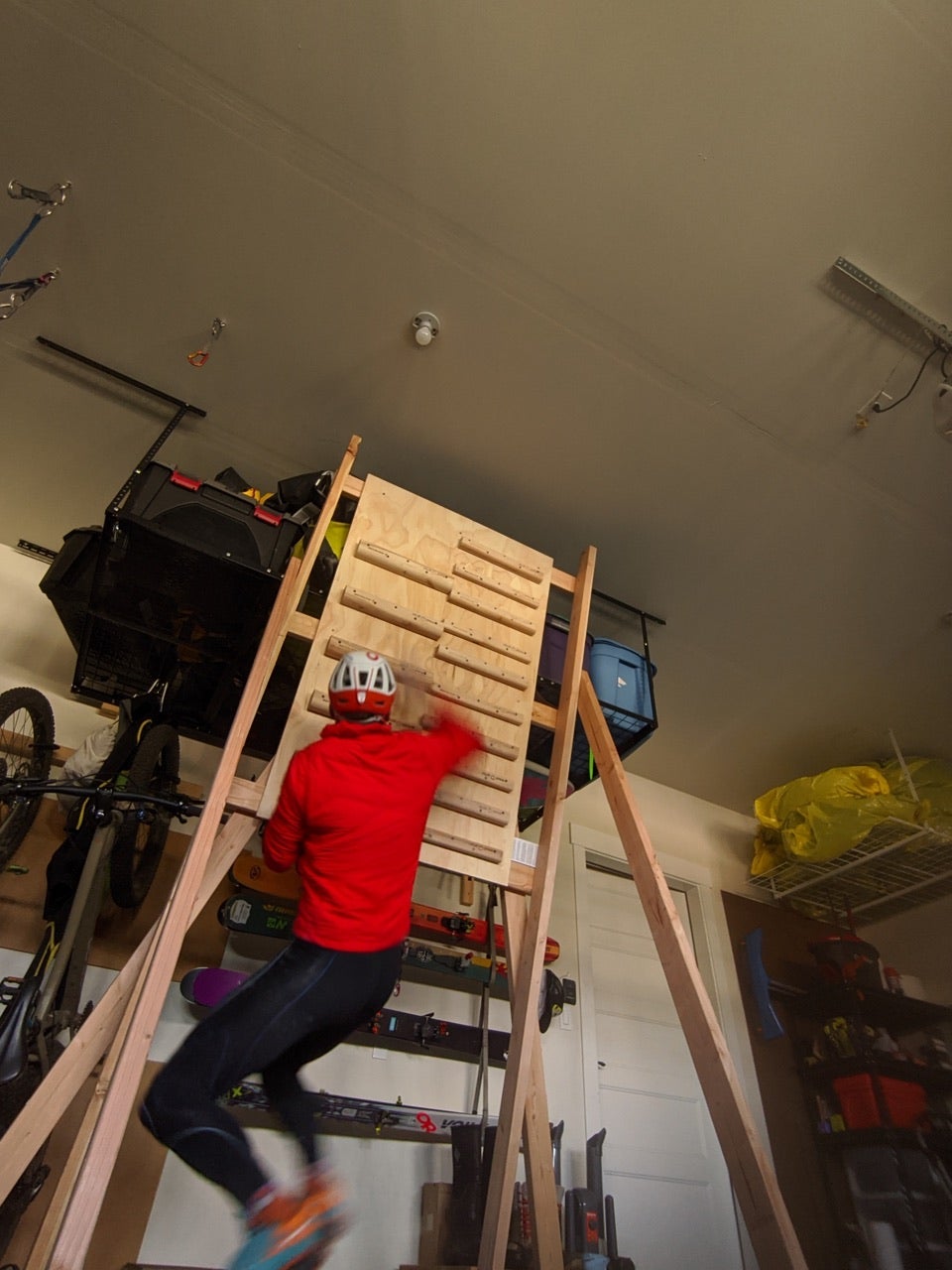 Then focus on something else.

“We need to be aware of what’s going on, but we don’t need to think about it every moment of the day,” Graham says. It would be like being on an expedition for several weeks and only talking about alpine climbing the entire time, he explains. “It’s really easy to just focus on the economy or a job, but there’s still a lot here to be thankful for, like a partner, or pet, or whatever brings us happiness.”

For now, Graham is doing what he can to stay informed and take action, but then taking a step back to focus on the things that bring him joy—like his relationship with Shannon. He’s working out at home, reading more—like The Overstory by Richard Power—and taking a deep dive into stoner metal. (“It’s something I don’t normally get into, but is relaxing in a funny kind of way.”) He’s also making bath bombs—lots of bath bombs.

Even if it sounds far-fetched, Graham suggests keeping an eye out for silver linings. “And if you’ve ever wished there was just one more hour in the day—well, maybe you’ve got time for all that shit now.”